This interesting collection of buildings first caught my eye some years back, when partly still in use. Fast forward a few years and much of the surrounding area had been reduced to rubble, and the buildings were now completely abandoned. The site was home to the all saints brewery company, and after that seems to have been used by lots of small companies. These photos were taken over a series of visits, the newest having been taken two weeks ago. I hope this is not too long, i have tried to keep the pictures to a minimum, some of the more empty buildings i have not shown at all. 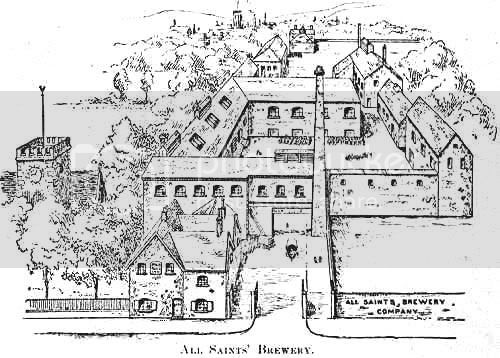 The site in victorian times, its still much the same today. 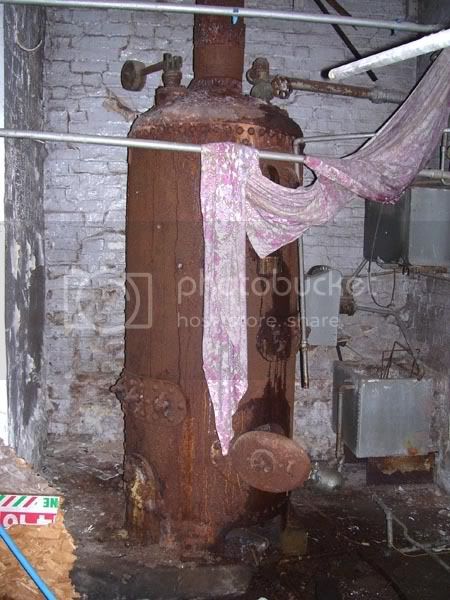 This was in the first building we gained access to. 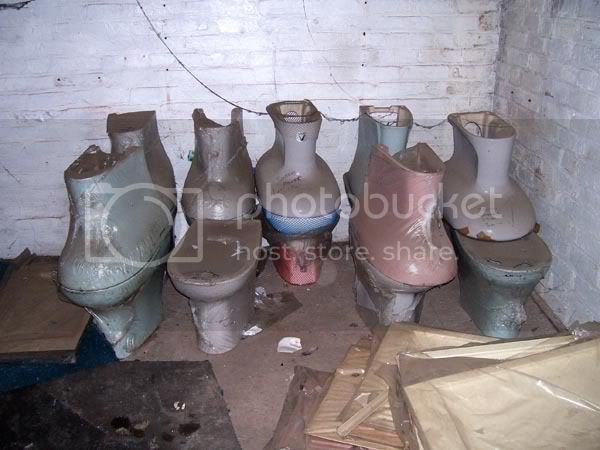 There were very 80's bathroom suites and a calender from 1993 hung on the wall. For some strange reason there was a lot of stuff from ladbrokes bookies laying around on the first floor 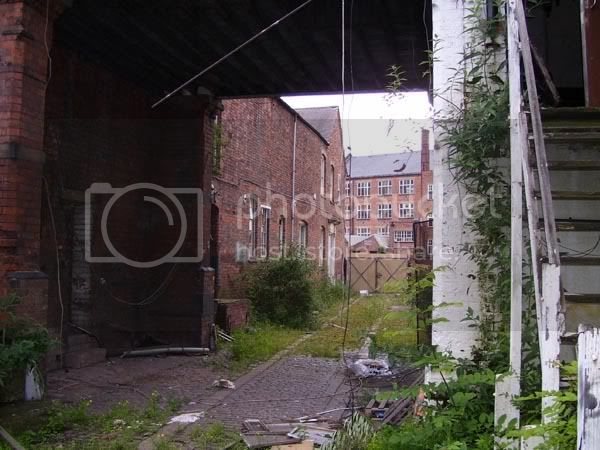 The building led out onto the cobbled main yard 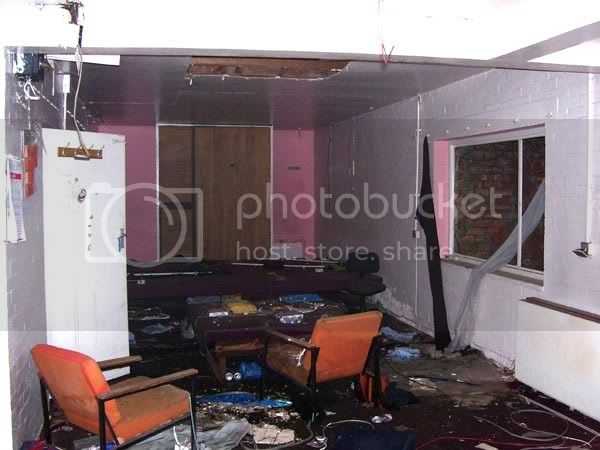 Inside one of the buildings at the front of the site. It was all very plain and modernized. From what we could figure part of it was used as an art/craft workshop, and the other some sort of beauty salon 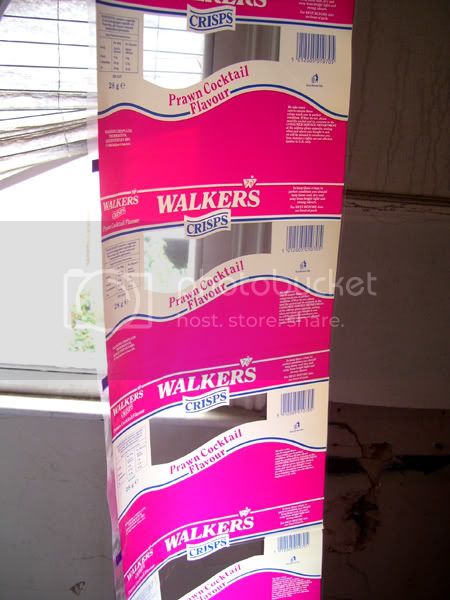 A couple of these were in a room upstairs for some reason, dated 1988 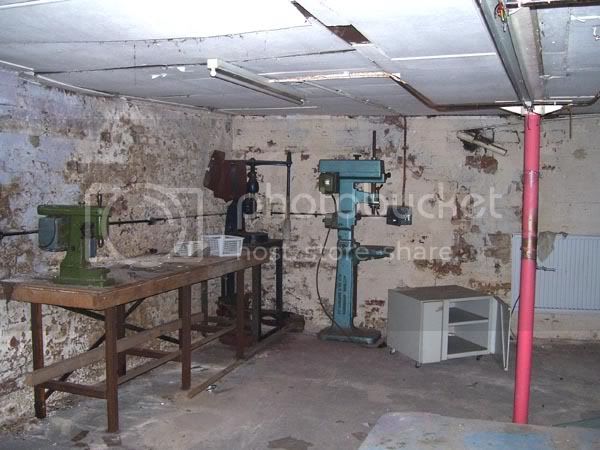 This basement appeared to be a workshop 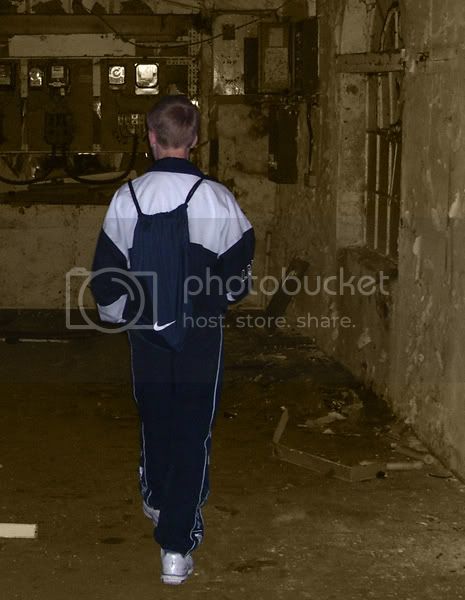 Another basement, this one had large windows along each side 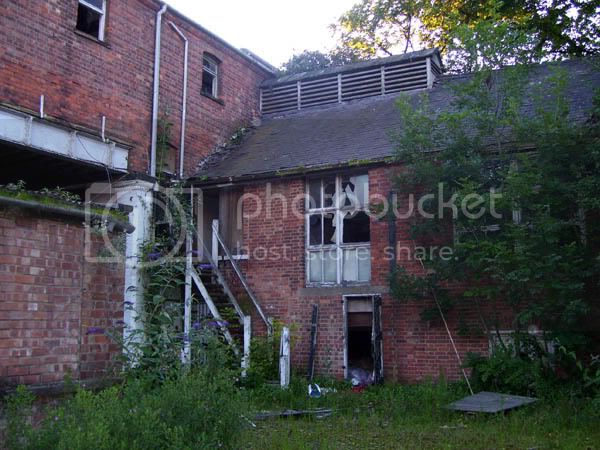 Next it was onto a building used as a knit ware factory. 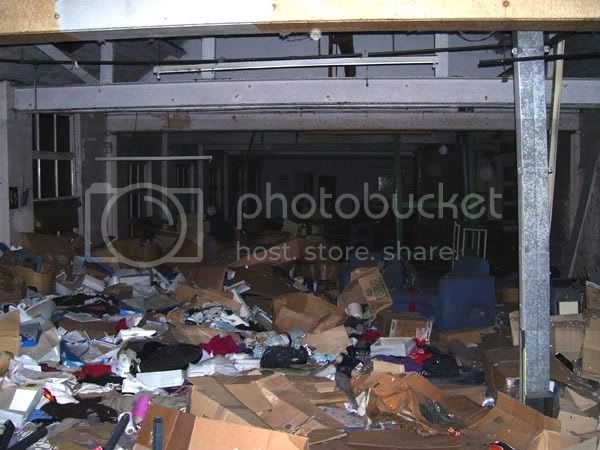 Even before you entered the room the stench of damp and decay hit you.
It was still packed with many things of interest. 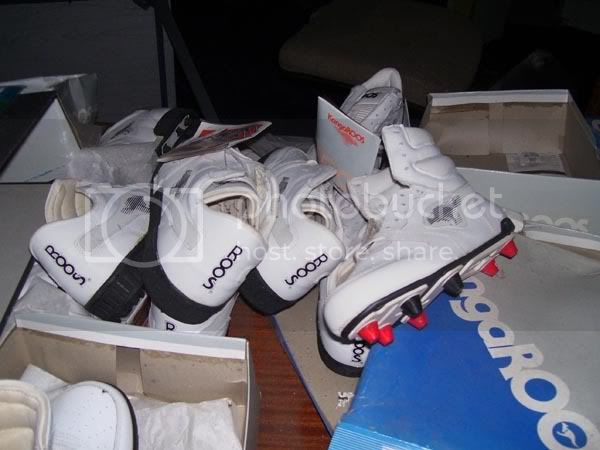 There were boxes of roo's everywhere, inspection of the labels revealed a date of 1986 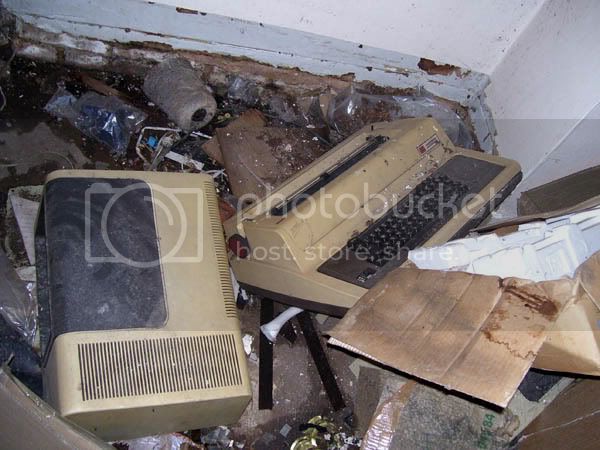 These were also on the floor 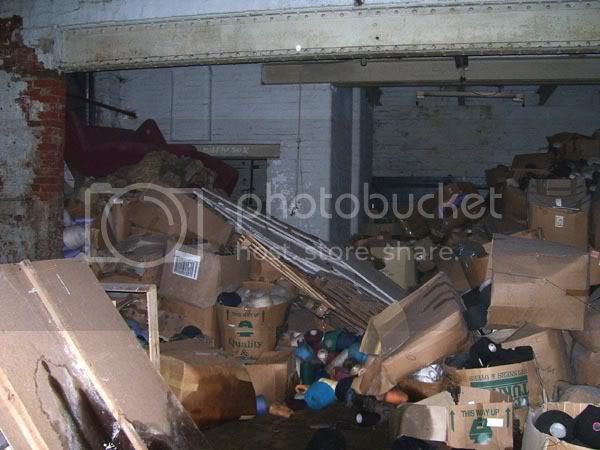 Down in the basement it was just the same, boxes of yarn, clothes hangers and other items piled high. 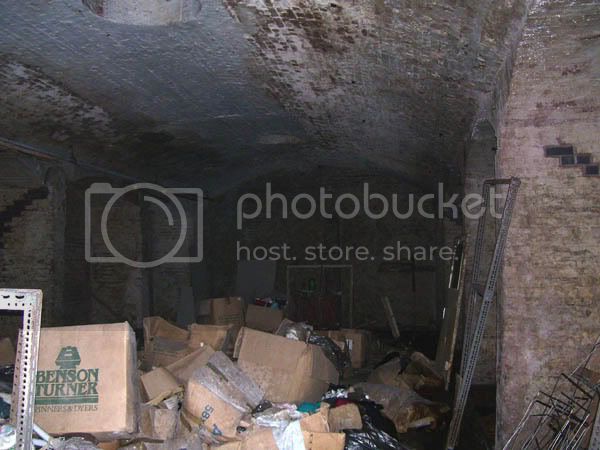 On another visit we located this basement below the first one. The stairs had rotted away so we had to climb down piles of stuff to get in. 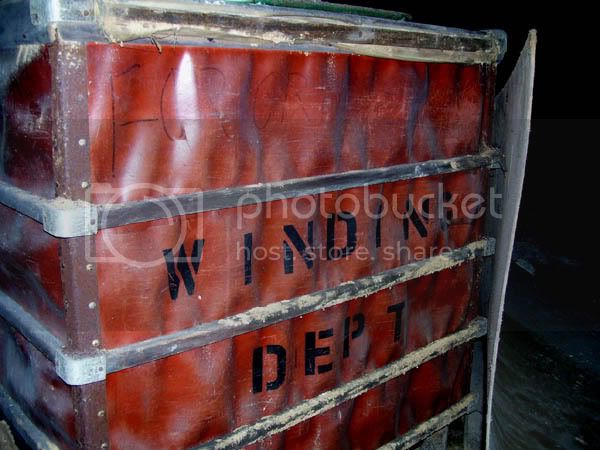 This basement like the rest of the building was full of stuff. 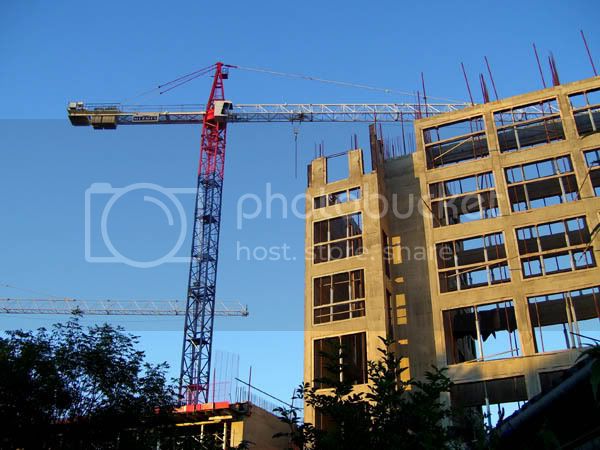 Next we moved into a courtyard at the back of the site, a new car park begins to tower over the site. 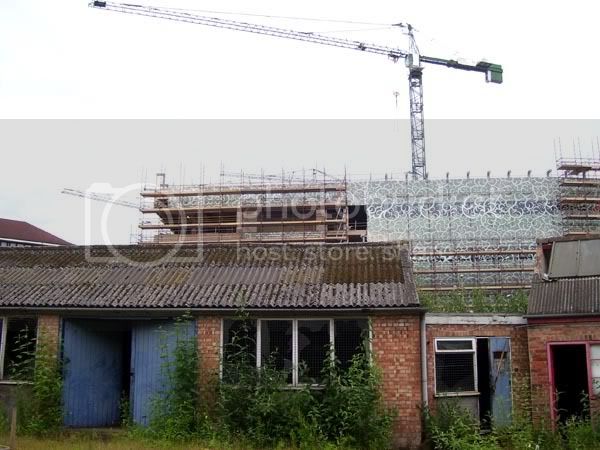 The courtyard is surrounded by engineering workshops like this one. A new john lewis store is being constructed in the background. 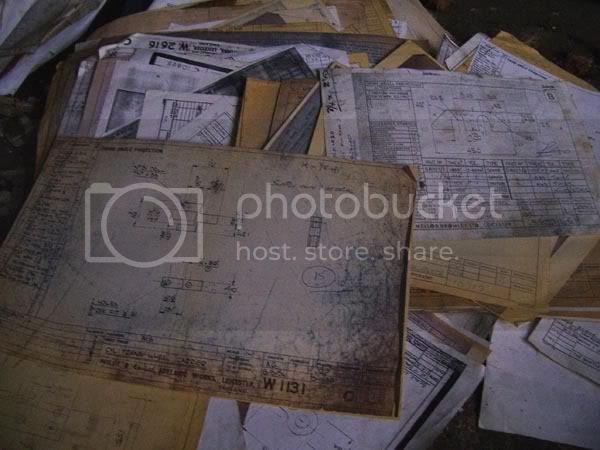 Engineering drawings, some date back to the 50's 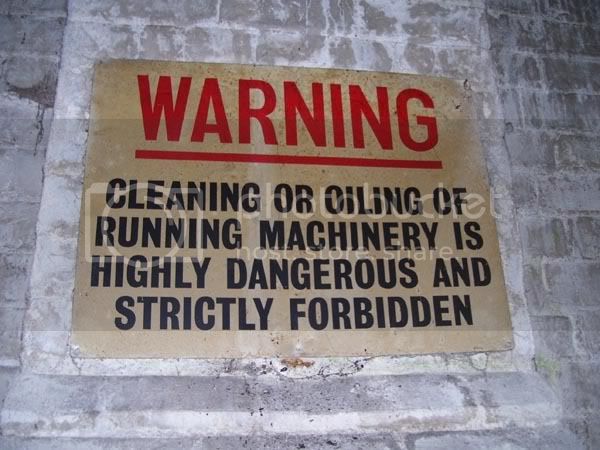 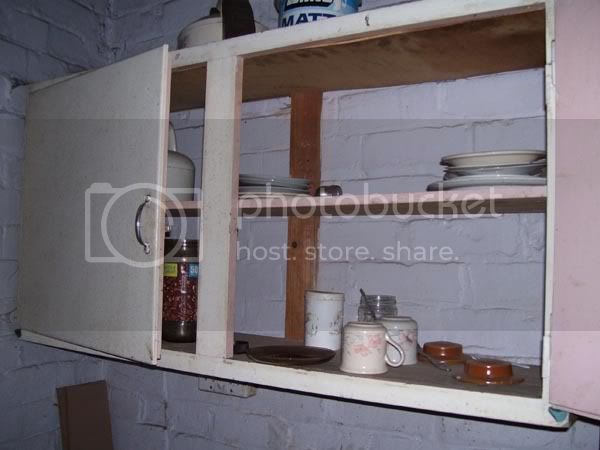 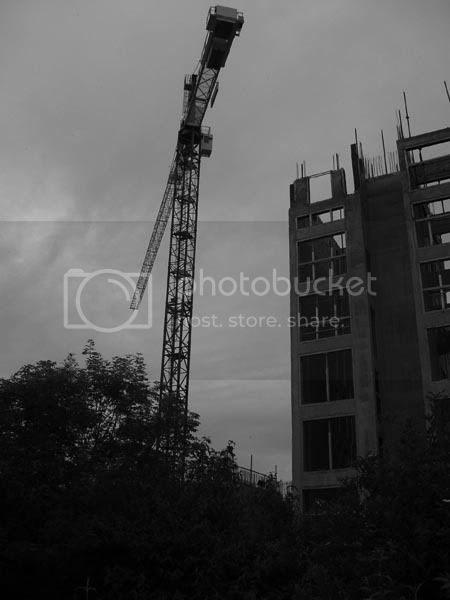 Another pic of construction work 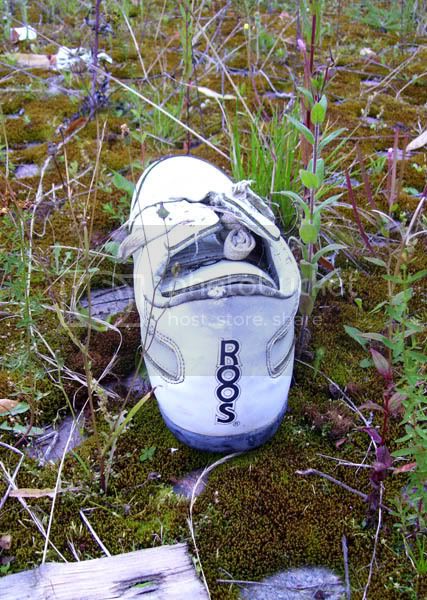 Weathered trainer in the courtyard 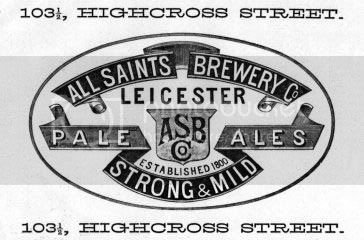 Finally, an advert for the brewery company that originally occupied the site

Really enjoyed your report and photos, Goldie. These old factories are great and it's interesting to see the different workshops that have used the buildings.
Like the old drawing of the factory...it's always nice to have some background history of explores, imo.
A workshop with bench and drills still there! And engineering drawings too! That is well neat.

It looks like a very interesting and quirky little building. Not seen any previous writeups either, nice one

Those trainers remind me of a story of someone who had a warehouse of 1970's Adidas trainers that seemed unsellable until they came back into fashion in the 1990s.

Super report goldie, love the shoes and the toilets
E

Wondered past this place a few days ago and came looking for information. Terrific photos and report. Thanks.

Really crisp set of pics there, and some excellent history too
Thanks for sharing these pics with all of us.
Crazy those football boots still being there!! (perhaps they were used to "kick" about some ideas?)

Industrial sites are so fascinating

Excellent pics Goldie, looks very, very good. Any ideas why the toilets were all put together? or the football boots? very strange lol.
Also like the victorian map of the place, is it still roughly the same size now as the map?

Looks like im going to have to bribe the parents again, and have a looksy around leicester, you've got some great locations.

Cheers for the comments people.
Not really sure why all the toilets were there, was also a load of bath side panels with them. The building they were in looked more like a knitware place and had been abandoned for at least 15 years. As for the trainers, one of the buildings was last used as a sports warehouse, so im guessing they came from there. Quite why there was so many left and from so long ago i don't know, it really was unreal how many there were. There are actually more buildings there now than shown on the old drawing, the empty space on the right has been filled by a 1900s building, and a few more added to the back and middle of the site. 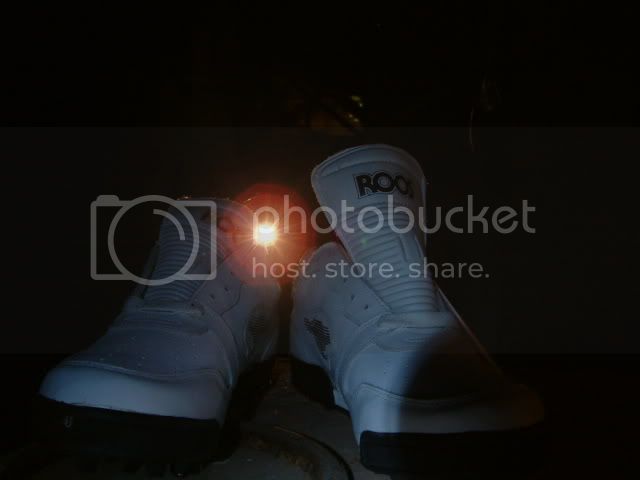 one of my favourites from a group visit
B

some amazing pics you got there! how do you get to buildings are they still situated on Highcross street?

boom said:
some amazing pics you got there! how do you get to buildings are they still situated on Highcross street?
Click to expand...

The Walkers crisps lables are the same ones as in the old dissused Walkers factory in bridgene that I had a look at a few years ago, when it closed down. Strange that they are here though.

how do you get into this place? seems to be all fenced off

milsmalls said:
how do you get into this place? seems to be all fenced off
Click to expand...

I've sent you a pm with some tips mate.
D

Always amazes me when you find one of those places with heaps of new unsold gear. All those trainers must of been worth something. Great explore.

Cerberus said:
Always amazes me when you find one of those places with heaps of new unsold gear. All those trainers must of been worth something. Great explore.
Click to expand...

I could understand if it was bankrupt stock, but I was surpised that a there was a load of bottled beer left in a closed factory of a company still going.

where going to have to meet up n youl have to take me in some of these places!!!!!!! I eally cant beleive that these places are on my doorstep!!!!!