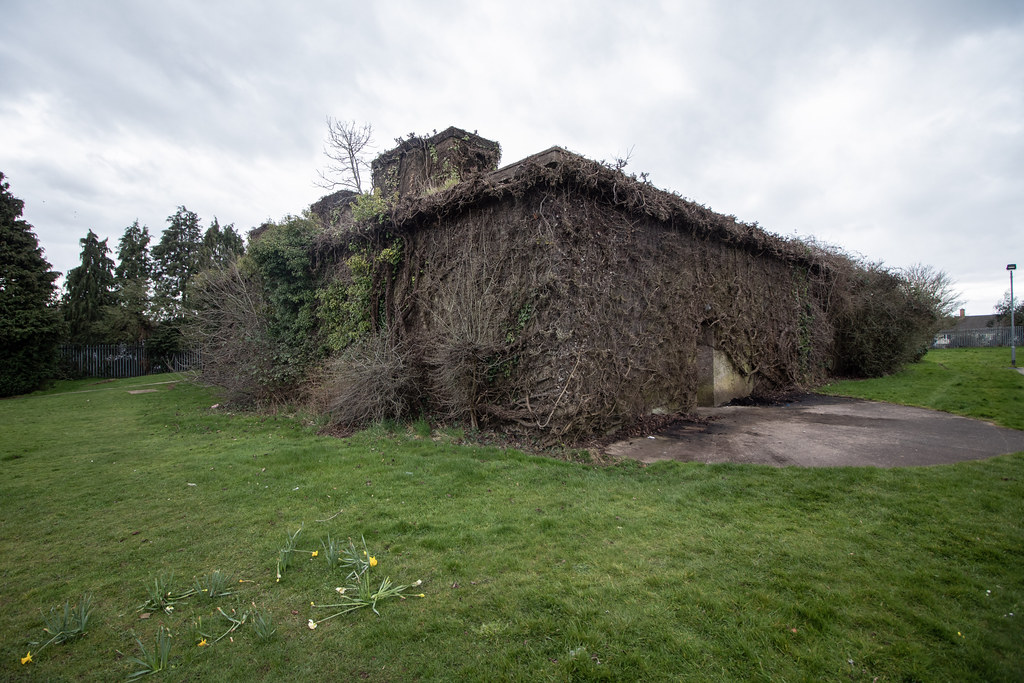 The Brislington War Room is located to the rear of a small government estate housing social security offices and the local driving test centre in Flowers Hill, Brislington, 2 miles south east of Bristol city centre. It is built to the standard two level design and semi-sunken, i.e. the lower level is below ground. Within a few years of opening in the early 1950’s, the regional war rooms became obsolete and the building was rented to Avon County Council. It was used as their County Borough Control until 1981 when the Home Office increased the rent and the County Council refused to pay; since that date it has been unused. The whole site is now owned by a management company and the ‘H block’ offices leased back to various government departments; the bunker however remains derelict and its future is uncertain. The building is now completely covered by Virginia Creeper including the three ventilation towers on the roof.

I don't remember much from this trip, but I believe we ended up at this bunker with low hopes after a nearby mortuary was sealed. A fair share of us decided to wait in the car for the good news, whilst we wandered up to the overgrown structure, surprised to find the door unlocked. Unfortunately for the rest of the group, their lack of faith had cost them and they were grumbled at by security when they made the same entry as us 30 minutes later. Anyway, the rest of us were able to spend a solid few hours within the bunker, very impressed by the Cold War era details and military artefacts remaining. Sadly, the power had been cut by this time, so our dying torches after a exhausting weekend in Wales would have to do to appreciate these features. 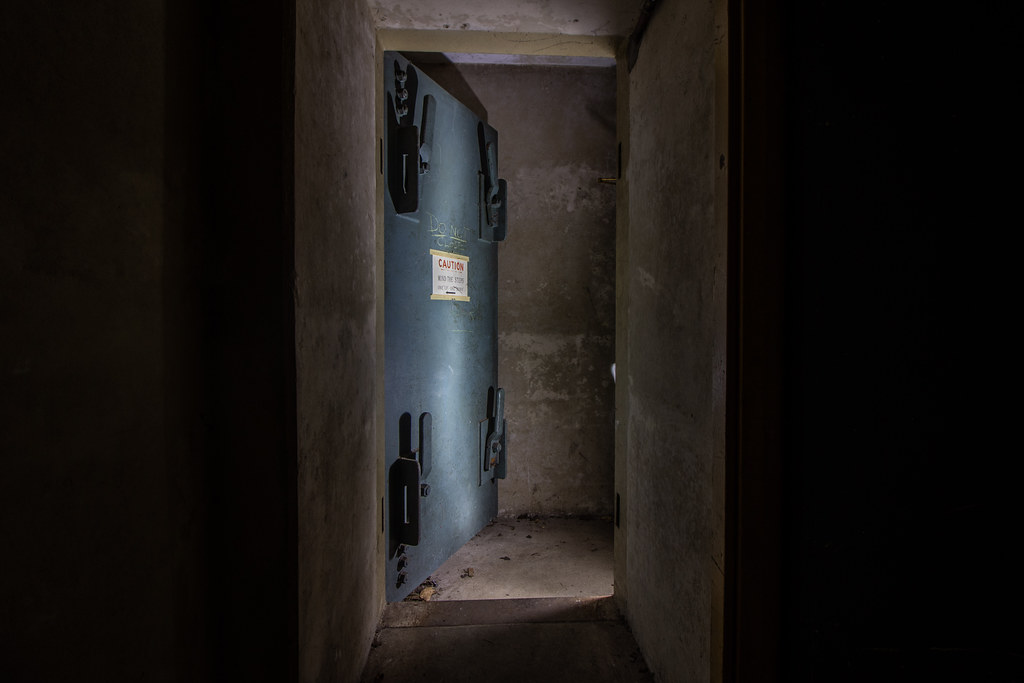 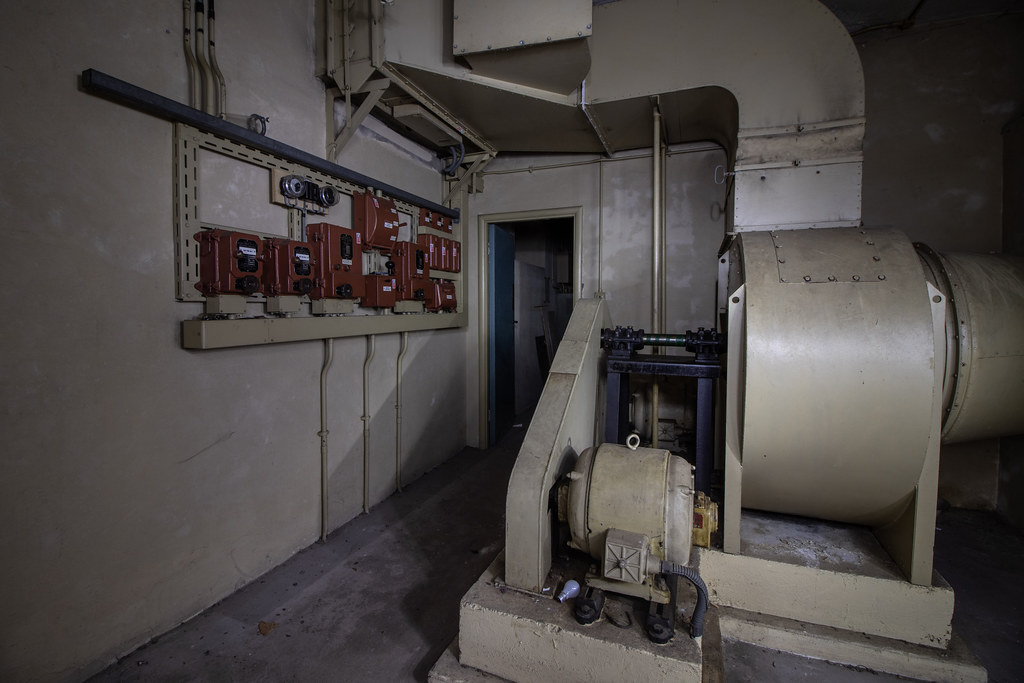 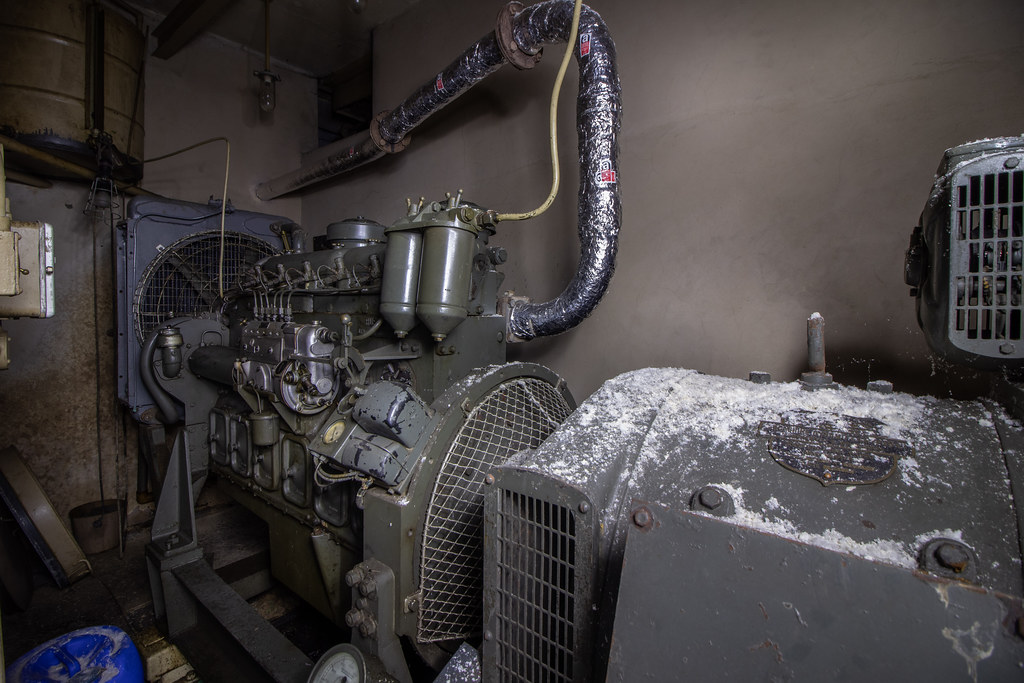 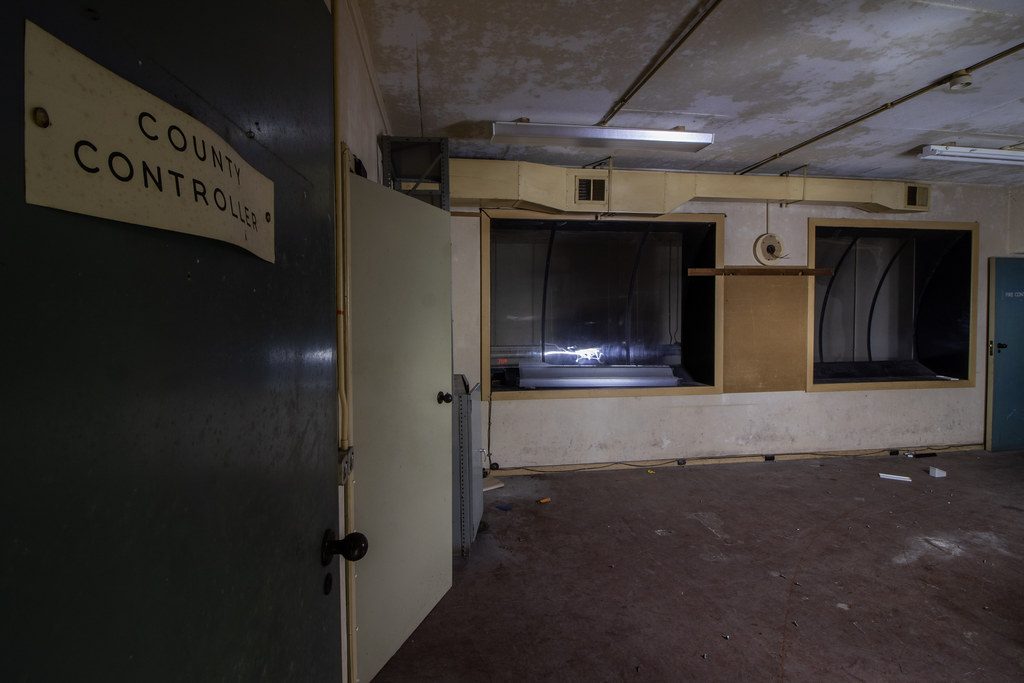 Various control rooms overlooked the operations room, with their curved windows designed to stop reflections, providing the occupants with a clear view of the arrangements going ahead below. 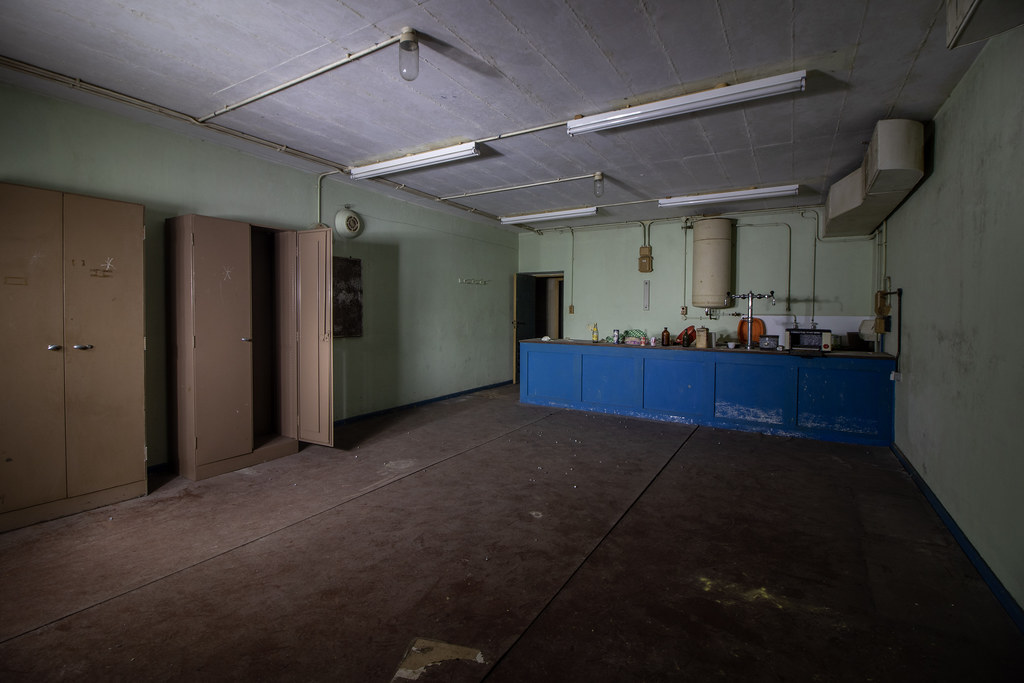 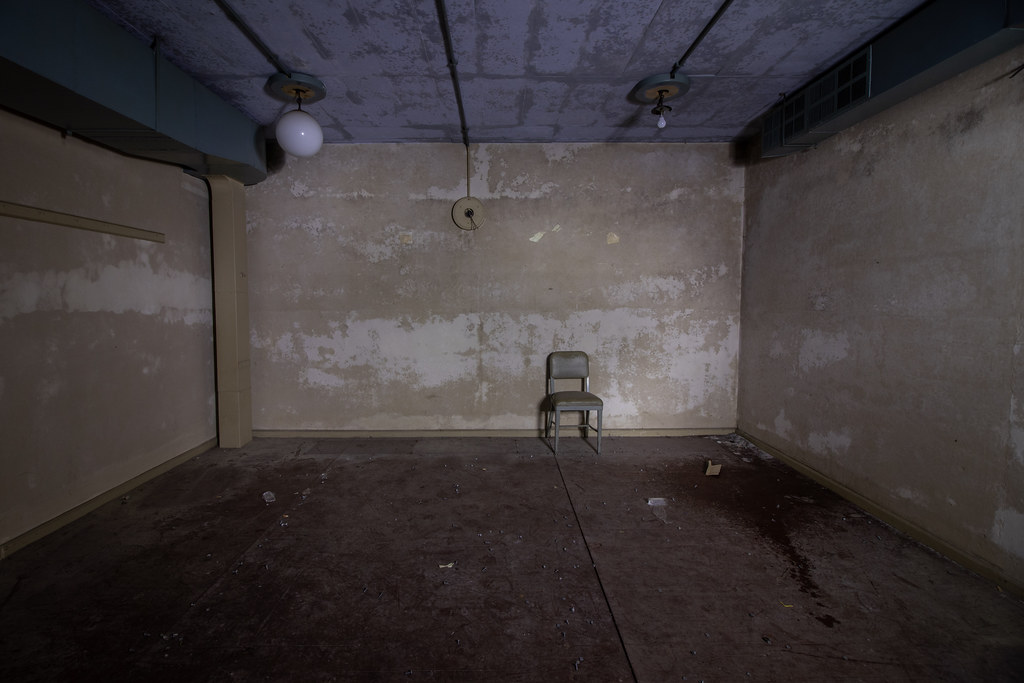 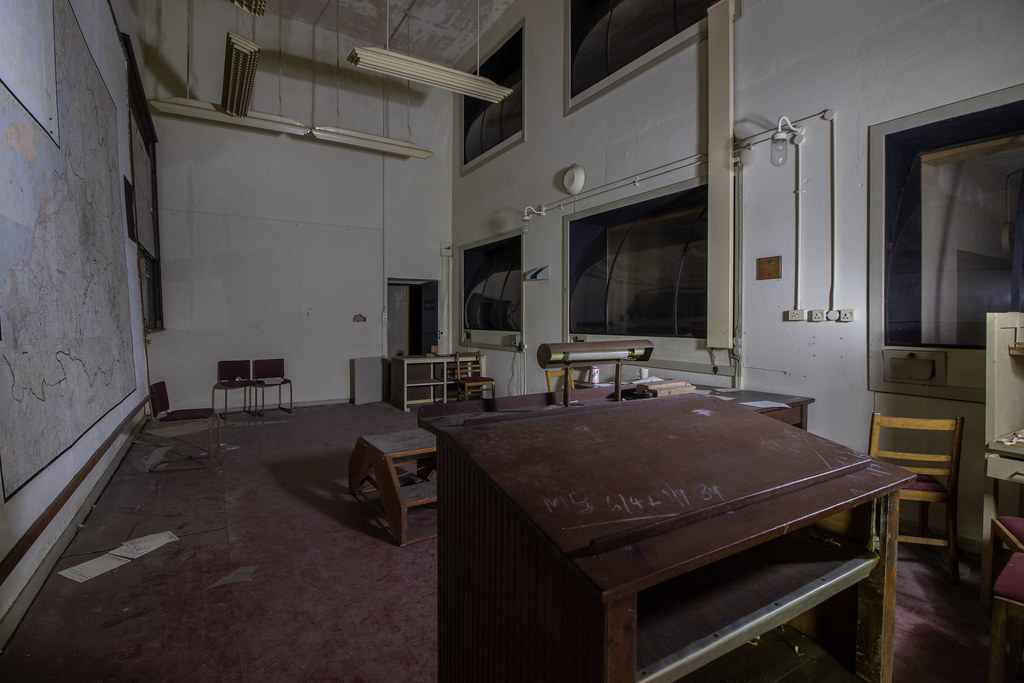 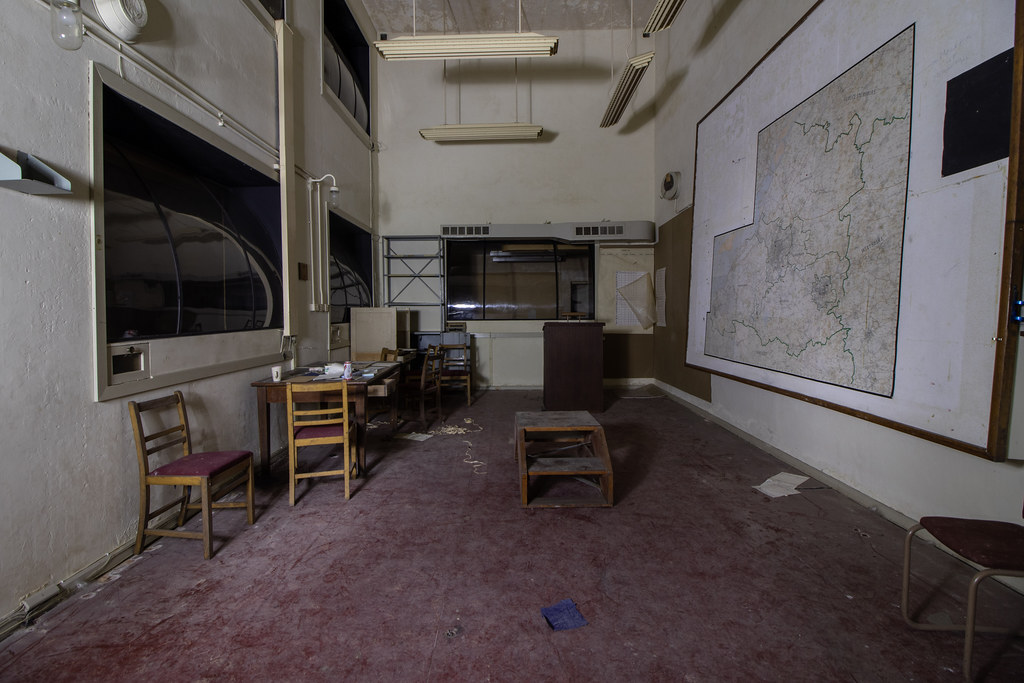 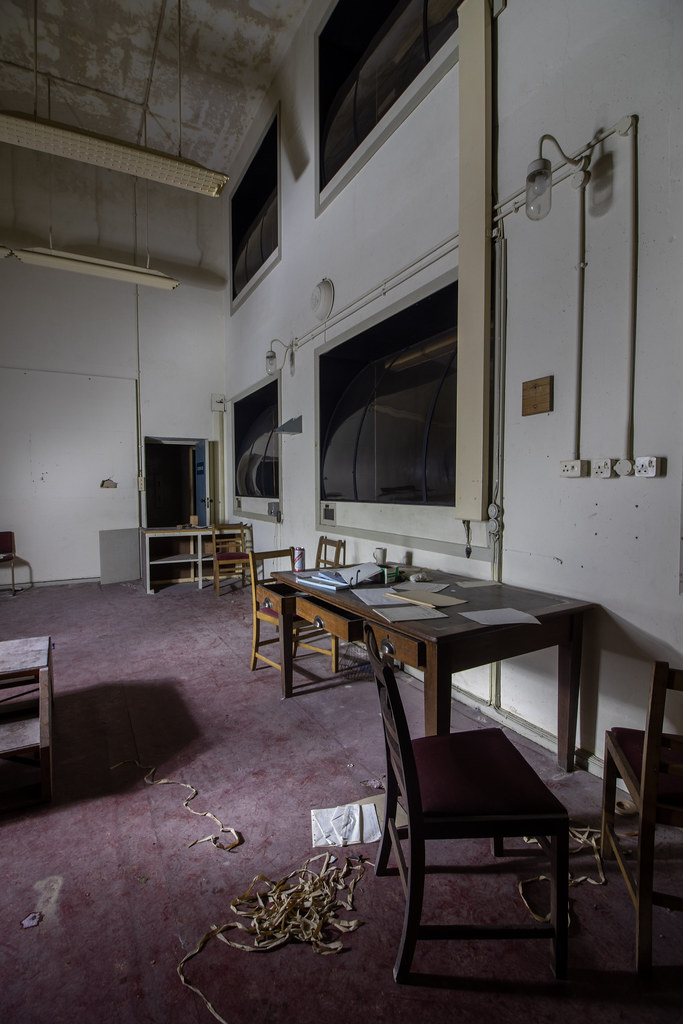 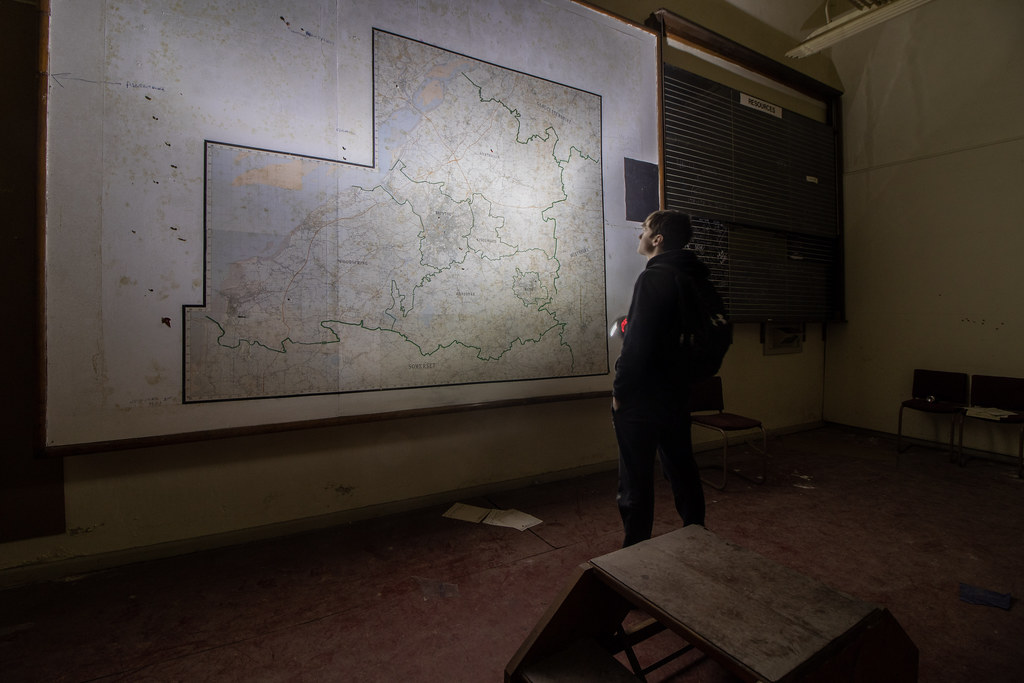 I was on a couple hours sleep, hence this masterpiece. 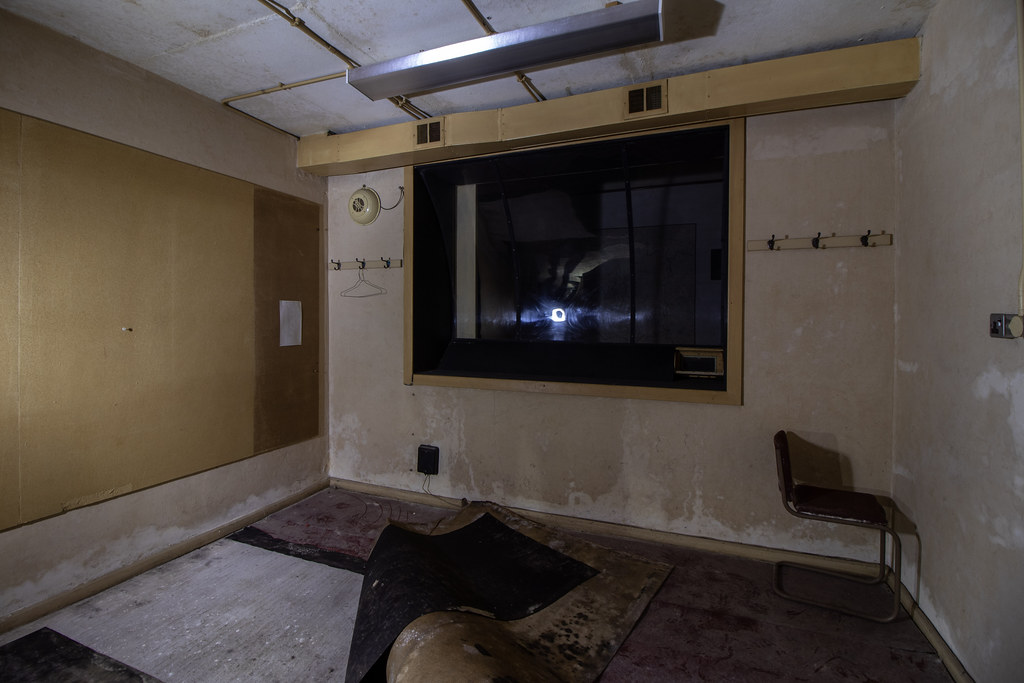 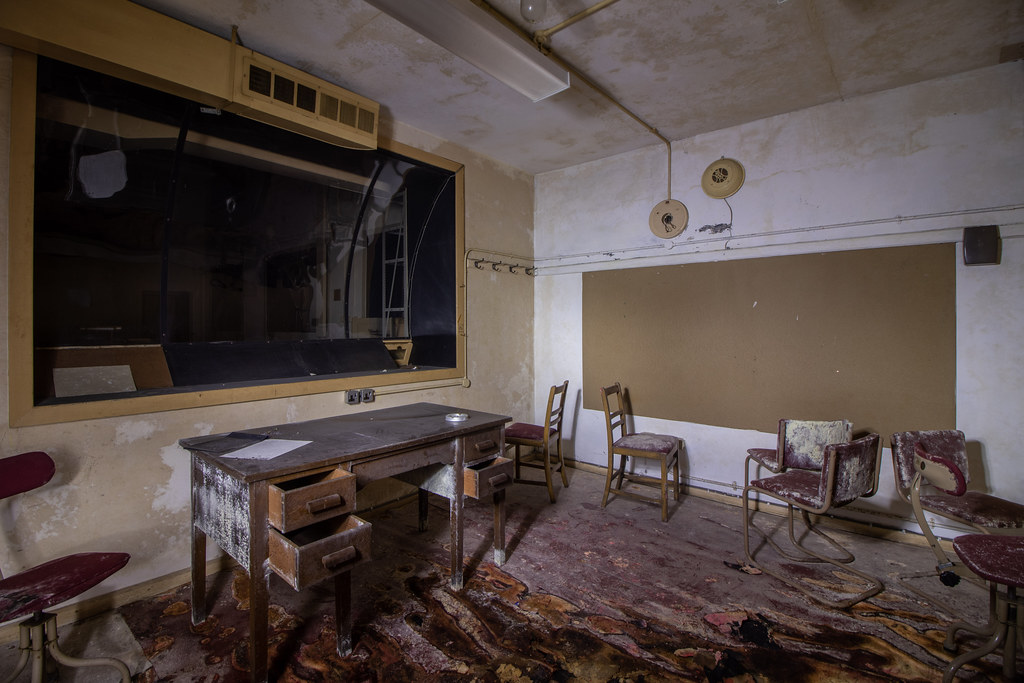 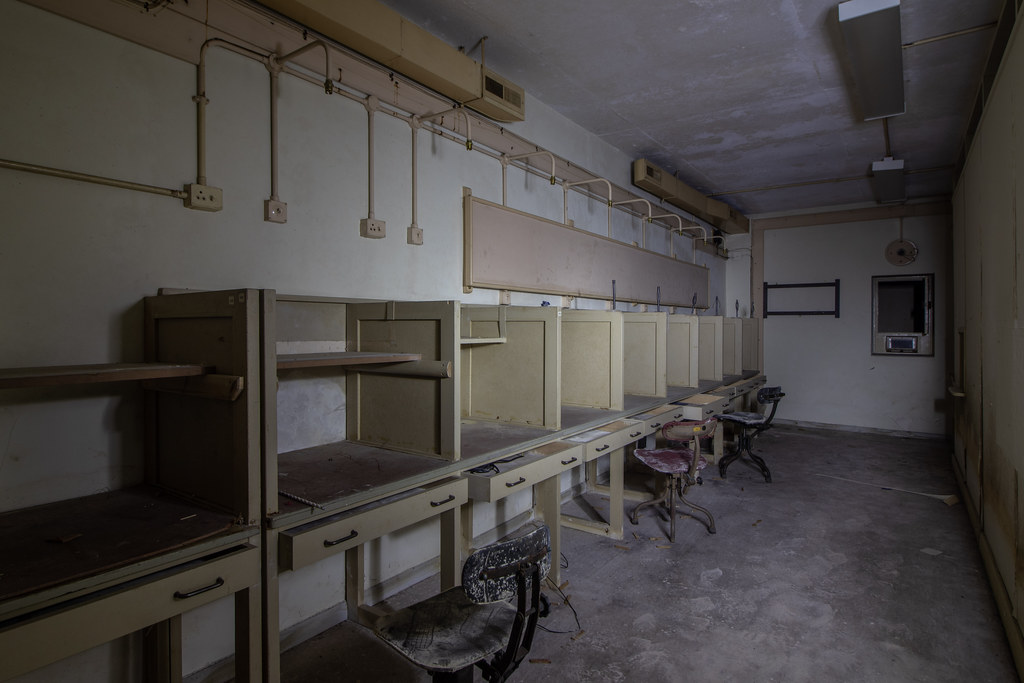 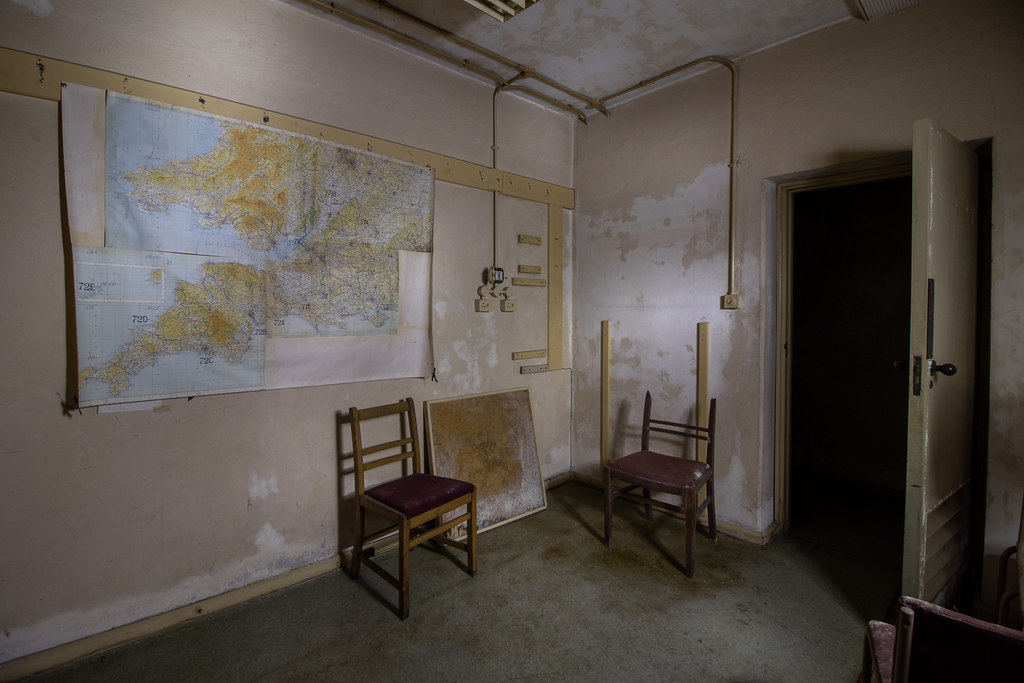 That is all. A lot had changed for sure from previous visits, mainly to our recollection: the paperwork. There were bits knocking around, but not any tall storage cabinets we had been looking forward to scouring through. Here is the link to our documentary styled video showcasing the bunker. We cover it's past, present and future through cinematics and narration:

That place really is fantastic.

Looks similar to the one I visited in Scotland. Great work

Great pics! Really like the map room and the lights

That's amazing, much better condition than the one in Reading!
M

Still there, DWP now gone and site still not developed yet.
F

I lived in Bristol for years and never knew about this, stunning photos thank you for sharing
C

Very similar to the Reading one.