This place has been on the list for eons. It used to be a walk in walk out place, so much so that many teenagers in the Epping area visited Copped Hall during the hours of darkness to experience the "Haunted Manor"

Then a certain Mr Rod Stewart brought a rather large mansion house in the grounds of Copped Hall and had some security measures put in place. A new electronic gate at the entrance meant that you had to park up and trudge nearly 2 miles across farm land to the place without being caught.

The today, I drove past and the gate was open!!! Fools!!!, I was up their like a bullet.

Very, very disappointed on arrival to find the all of the windows are now very heavily steel shuttered, it used to be an accessible shell, but it was brought in 1995 by the Copped Hall Trust and is now being restored.

So it was a mooch around the ground and a qucik photo session while trying to avoid the builders, I was nearly done when I got rumbled by an old boy carrying some 2x2. He turned out not to be a builder but a pretty bloody good expert on the place, he spent 15 minutes explaining the history of the building and what section was built in what year, he told his story with such enthusiasm that I was almost disappointed when he made his excuses and left

He tells me that a new roof has been put on and that they are in the process of replacing the floors, level by level and then the work on the interior will start to restore it to how it was before the fire. 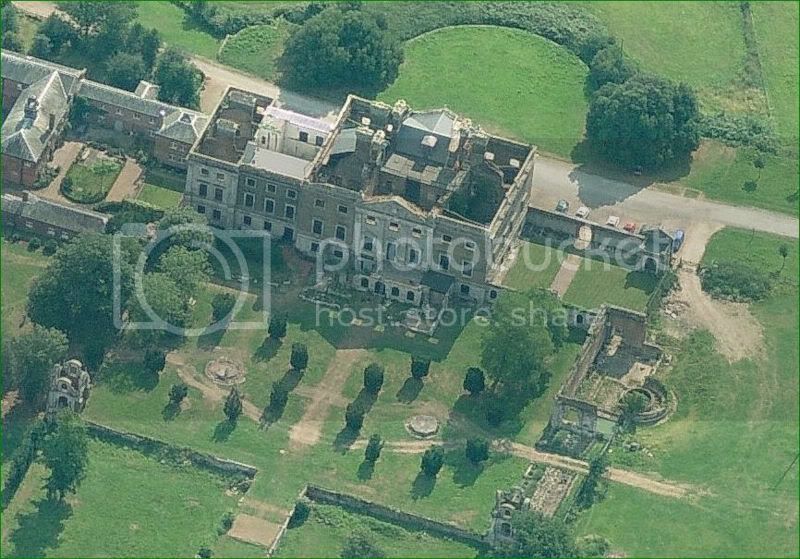 Recorded history at Copped Hall starts in the 12th century when there was already a substantial building on the site. At that time Copped Hall belonged to the Fitzaucher family who served the King as huntsmen.

It's history is massive and very interesting, but much to exhaustive to reproduce in this report

Some of the hightlights are as follows....

In 1548 Edward VI allowed the future Queen Mary to live at Copped Hall where she remained – to a large degree – a prisoner, as she was a Catholic.

In 1564 Queen Elizabeth I granted Copped Hall to her close friend - Sir. Thomas Heneage.
Almost immediately he started to rebuild the mansion – incorporating part of the old house in the south west corner. The building was complete by 1568 when Queen Elizabeth came to stay.
This version of the building was demolished in 1752

By 1900 there were at least 31 gardeners and 27 house servants looking after the Copped Hall - together with all the farm workers.

The main house was gutted in an accidental fire one Sunday morning in 1917 after the owners had allowed the Army to use Copped Hall as a hospital during World War I.
Members of the hospital staff were on the roof to view the destruction of a German Zeppelin over Grays in Essex, and the fire is thought to have started there due to a carelessly discarded cigarette.
Much of the contents were saved by many items were also lost. The family moved to Wood House on the estate which had been built by Ernest Wythes towards the end of the 19th century.
The move was supposed to be temporary but in the end Mr.Wythes never rebuilt Copped Hall.

Mr.Wythes died in 1949 and his wife died in 1951. The estate was sold in 1952 and at that time anything of value that could be stripped from the house and gardens was sold.
The wing was stripped of its timberwork, the staircases were removed from the mansion and wing, railing and gates were sold, garden balustrading, statues, steps, etc. were mostly removed.
Even many of the ancient specimen trees were cut down for their timber. The conservatory was eventually dynamited. Later the M25 was driven through a corner of the landscaped park.

Although the destruction was very serious, the essential identity of Copped Hall remained. The mansion shell was in surprisingly good condition.
However, once the M25 was built, Copped Hall became a developer's dream. Large scale schemes were proposed again and again.
After many battles against such proposals, the parkland was saved by the Corporation of London who purchased it in 1992.
The specially formed Copped Hall Trust saved the mansion and gardens by purchasing these in 1995.

The list of Sirs and Earls who have lived at Copped Hall over the past 900 years is huge and the full history and plans for the future can be found on the excellent Copped Hall Trust website.
http://www.coppedhalltrust.org.uk/

The magazine Country Life ran a full article on the charms of Copped Hall with many photographs published before the devastating fire. This perhaps remains as the only record of the house in its heyday.
http://www.countrylifeimages.co.uk/Search.aspx?s=Epping 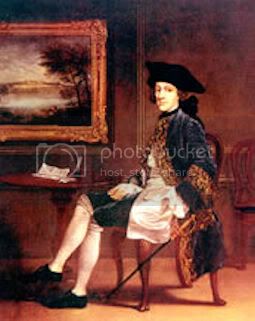 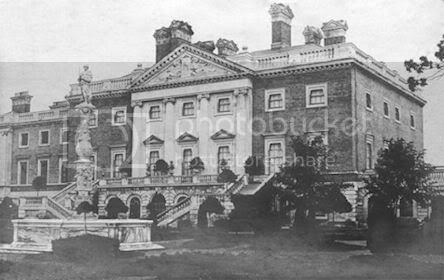 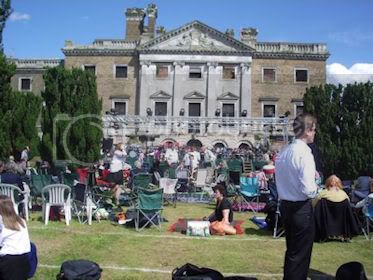 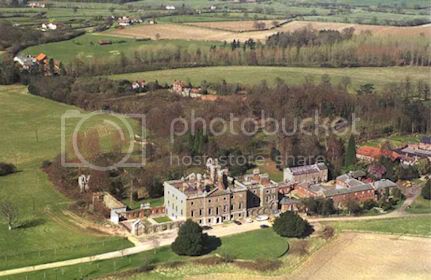 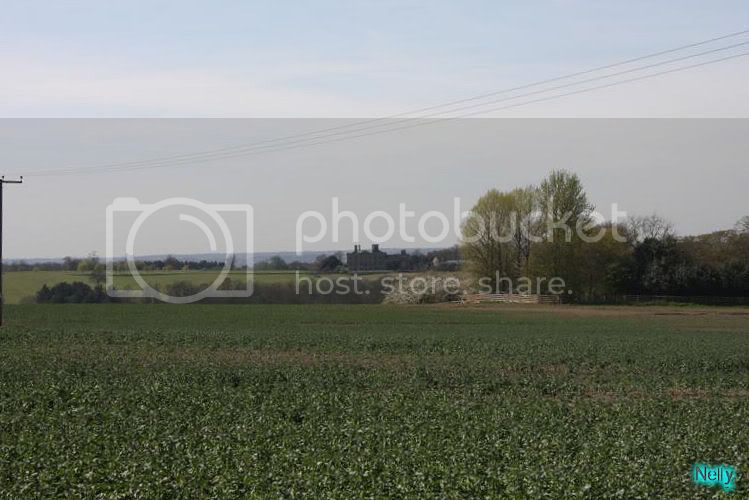 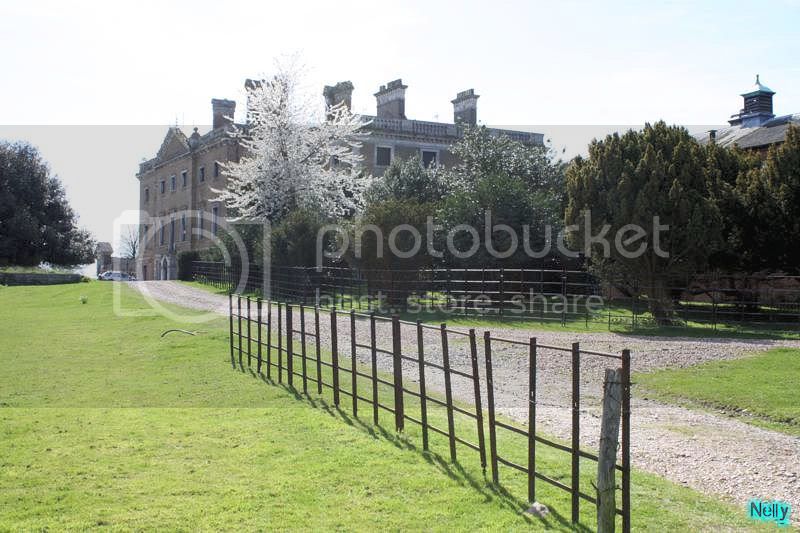 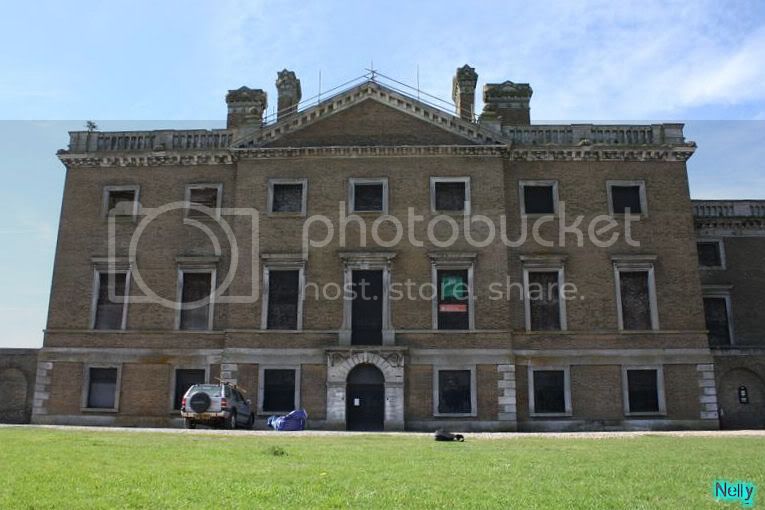 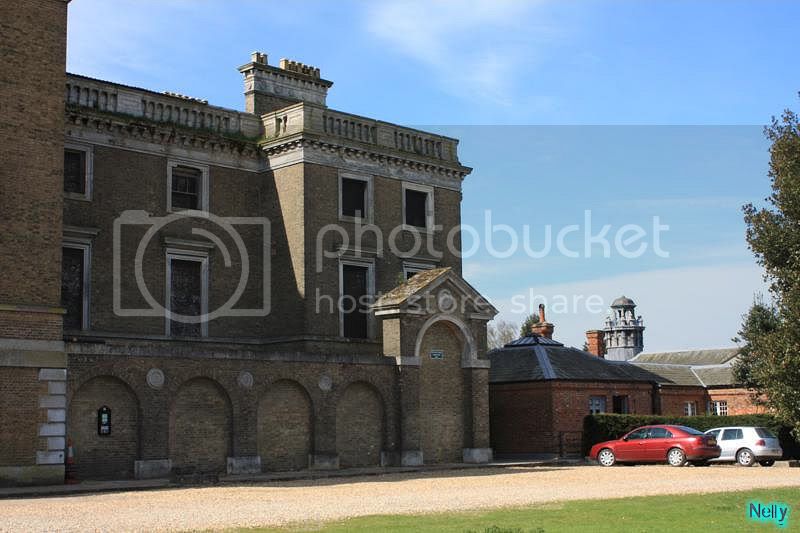 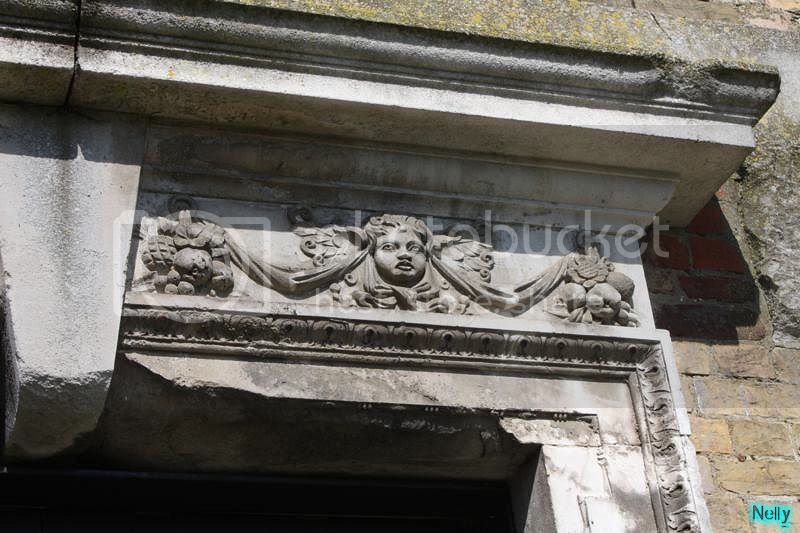 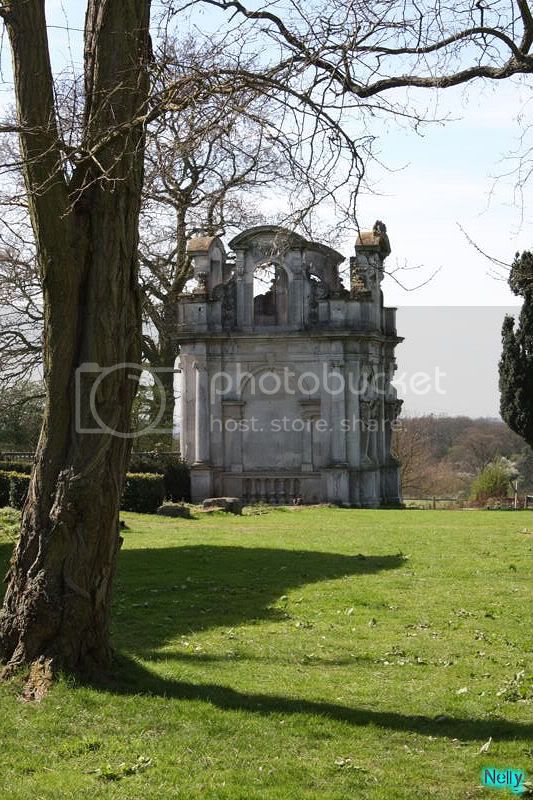 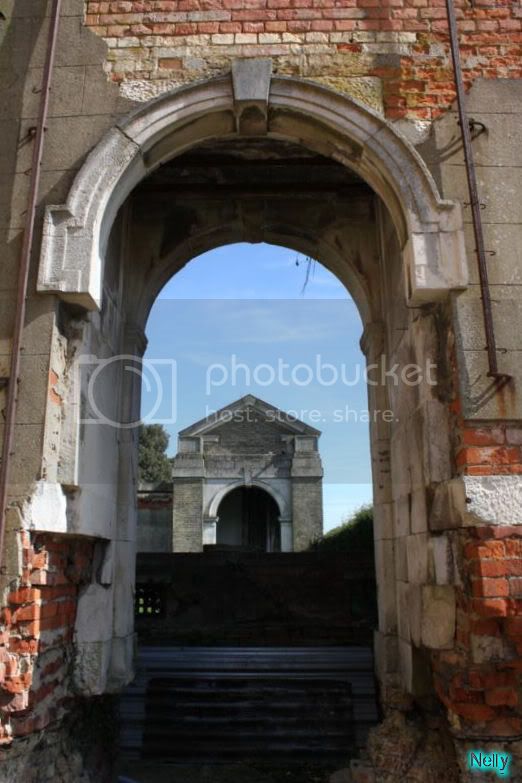 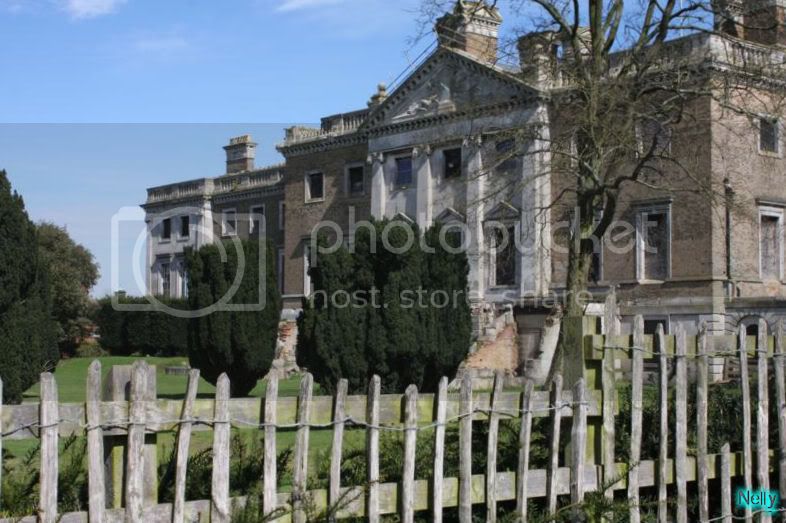 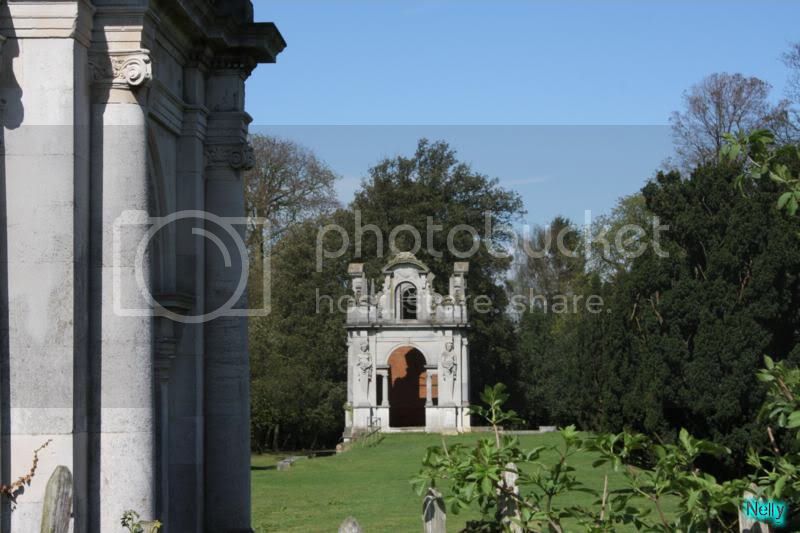 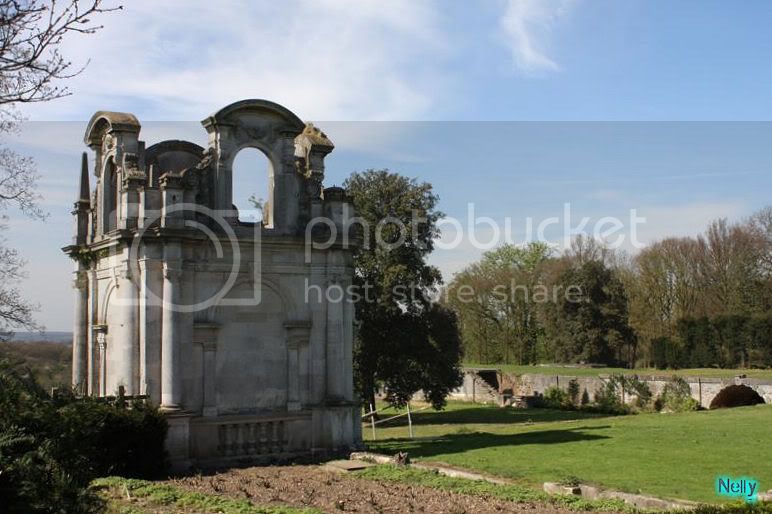 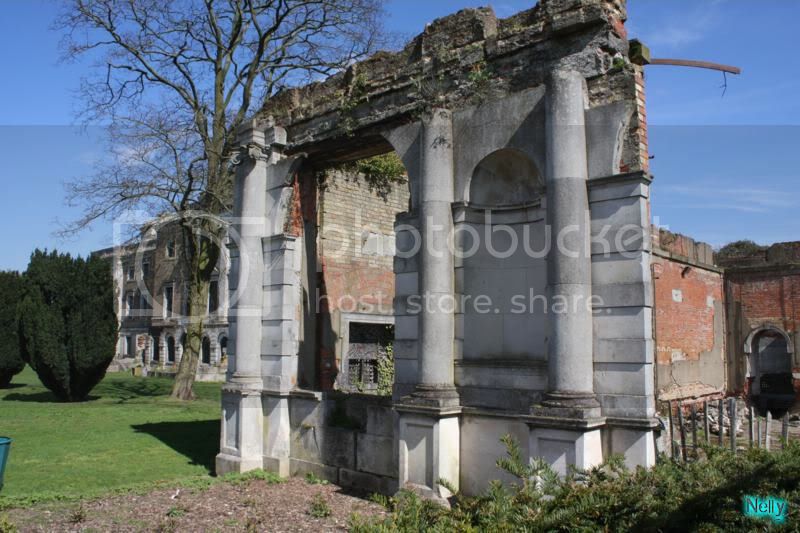 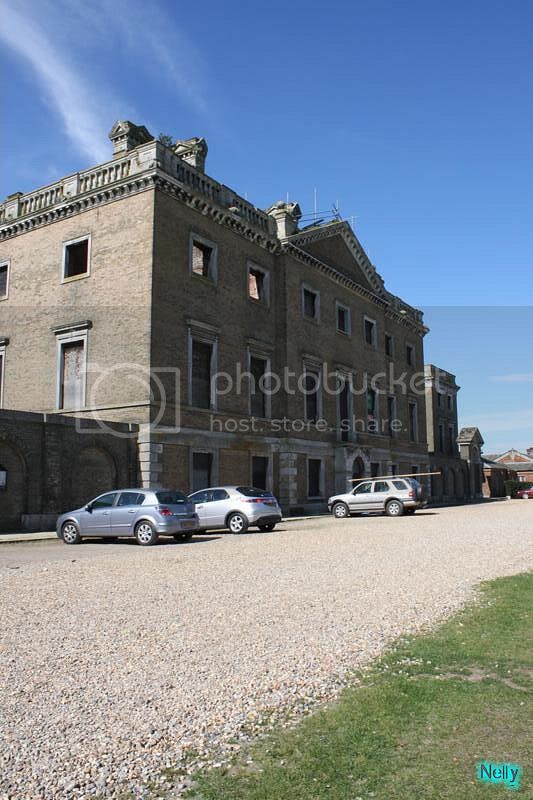 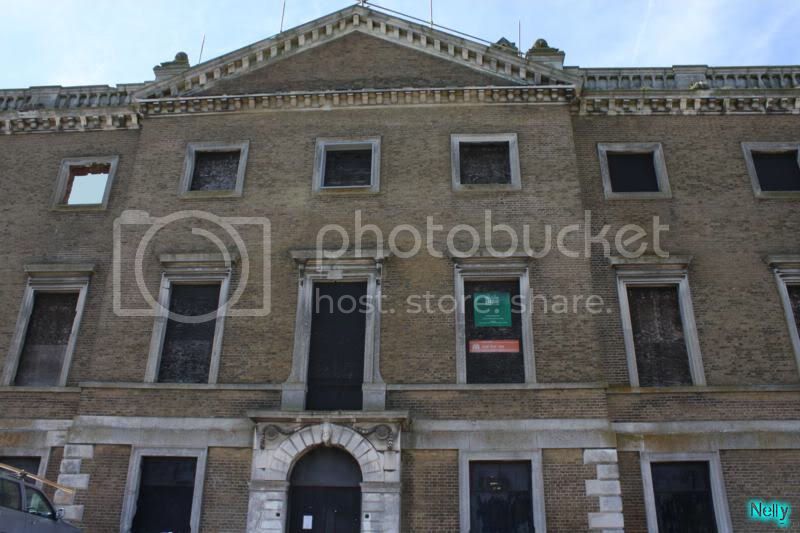 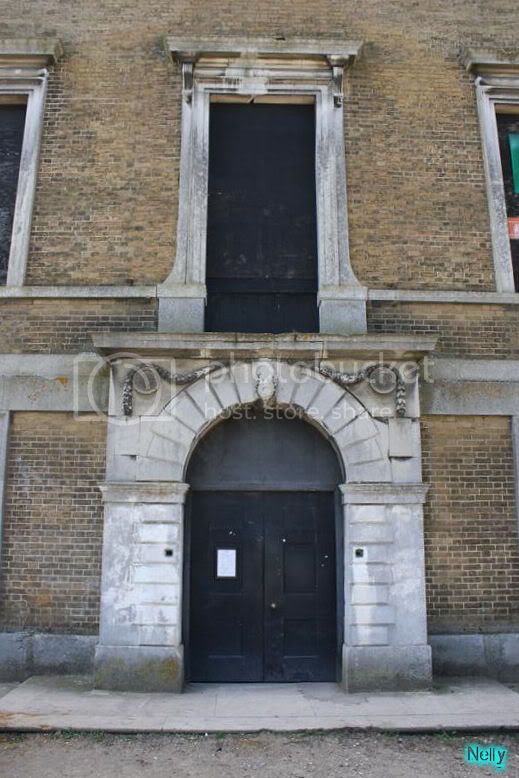 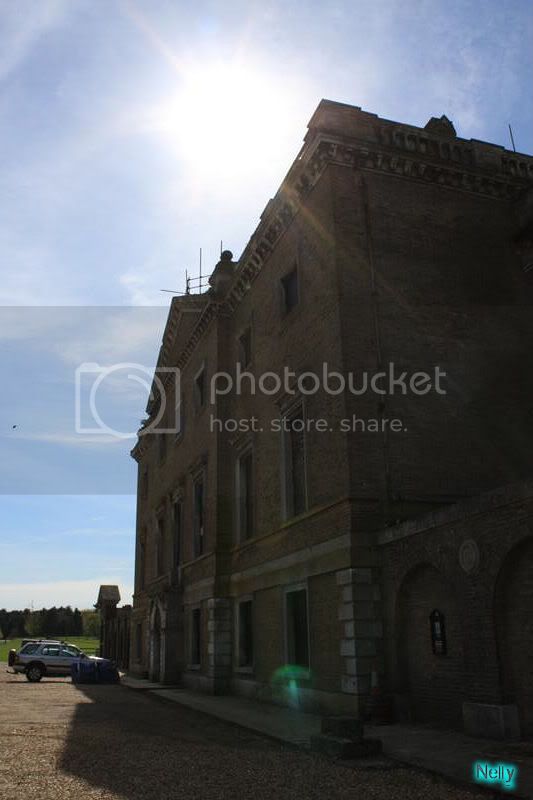 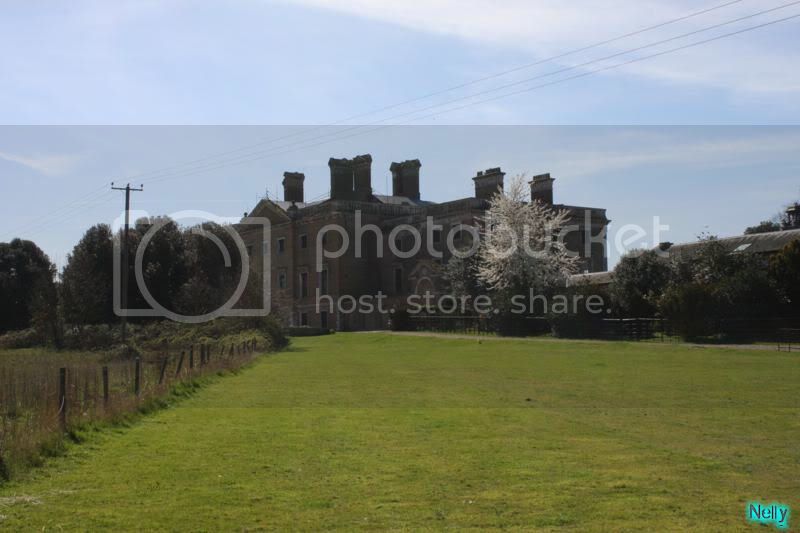 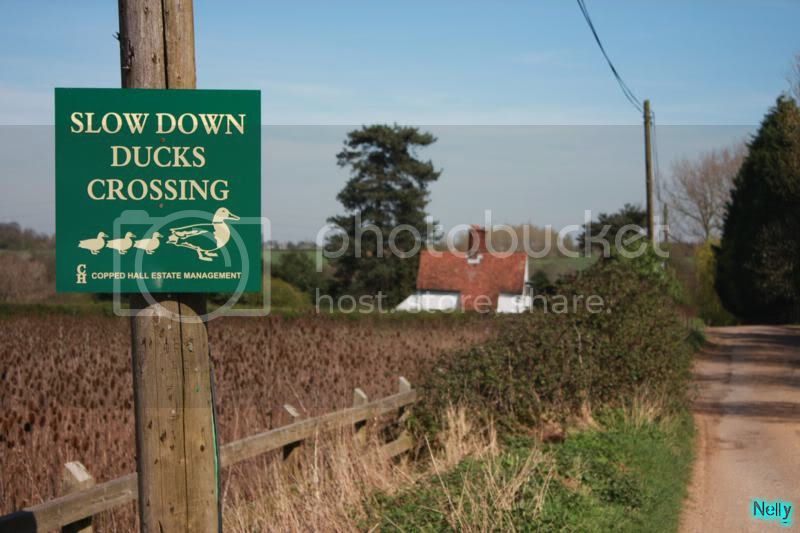 Nice job Nelly all that walking for externals only shame bud I feel for ya. I can imagine you muttering yourself on the way back to your ride lol

No No mate, Rod must have left the gate open, Tee Hee!!!

I would have been way gutted if I'd done the walk for it!!!
S

Nelly i know we were going to go there soon and were expecting a combimation of dereliction and restoration
Alll i can say is how good it is to see that the trust is realy pulling this location back.
Now thats refreshing to see
ps played a charity match on Rods pitch lol

Yeah, sorry to go without you matey, but when I saw the gate open it was too good an opportunity to miss.

nelly said:
Yeah, sorry to go without you matey, but when I saw the gate open it was too good an opportunity to miss.

nelly said:
Yeah, sorry to go without you matey, but when I saw the gate open it was too good an opportunity to miss.

Lovely site and a great piece of history there, Nelly. Especially love the garden and it's odd remains. Good job it's being restored, and at least you got some decent exteriors. It's definitely worth asking to go inside to document it.
B

i thought about 10 years ago it was being done up? i knew a brickie who was working there?


anyway i know ALL about this place, i used to go there when i first passed my test at 17!! There was a ranger who used to throw you off...well he got very very abusive to me once, and he then woke up unconscious. We were just looking and instead of saying this is private get off etc...like he had before, he proper flipped, and it was like i had raped his mother...anyway he copped a left hander that sent him to sleep, and his dog just sat there...

We used to know of a story of the tunnels that start in the garden some where, and go all the way to waltham abbey?

I knew someone who had been down them on a big 650 motorbike...alledgedlly

Maybe you need to get back and search the ruins in the garden......watch out for the ranger though, he'll be the one with a wonky jaw...

Also is the lake still thre by the entrance to the grounds? there used to be some massive carp in their, for all us fisherman.

bradleigh1977 said:
i thought about 10 years ago it was being done up? i knew a brickie who was working there?
Click to expand...

I think the work will be going on for quite a while mate, not sure how long they have been working on the place though

Fascinating seeing this place again - remember going here in the early 90's. Thanks for reviving the memories
You must log in or register to reply here.