A few weeks back I spotted this building by pure chance but, given the busy area that it's in - surrounded by houses and busy roads on all sides - going in on a busy Sunday afternoon probably wasn't the best idea ever.

So fast forward a little and me and my friend who was with me when I spotted it decided to encorporate it into another trip but arrive in good time before most of the locals had stirred themselves from their slumber. After parking up we saw that the way in we had planned was still doable and went for it.

I'm glad we did, as this ranks up there with the best schools I have done in this country. I was worried beforehand whether or not it'd be worth it as to my knowledge nobody has explored this place before so it was a total shot in the dark. I was more than pleasantly surprised, as it surpassed all my expectations. Granted there are many broken windows inside and out and a small amount of silly kid graffiti on the walls but it's largely intact, mostly original, and absolutely gorgeous.

The school was built in 1875 following the 1870 Education Act, and was extended in a similar style shortly afterwards. There was a small modern extension built within the last couple of decades. The building is large for a Victorian primary school and holds some special architectural features such as a couple of beautiful rose windows. Inside it is almost unchanged since construction with the high vaulted ceilings on the upper floor and original tiling (painted over ) on the lower floor. It closed in 2008 when the school moved into a new building, and between 2008 and 2010 was taken over by South Cheshire College as a temporary site whilst their new college was being built.

There is a sold sign outside and imminent plans for it to be converted into a dozen apartments, which is much better than demolition. I hope it starts soon as it would be a shame to see this place rot. I didn't manage an external shot sadly as by the time we got out it was busying up outside and we had a rather large wall to contend with. 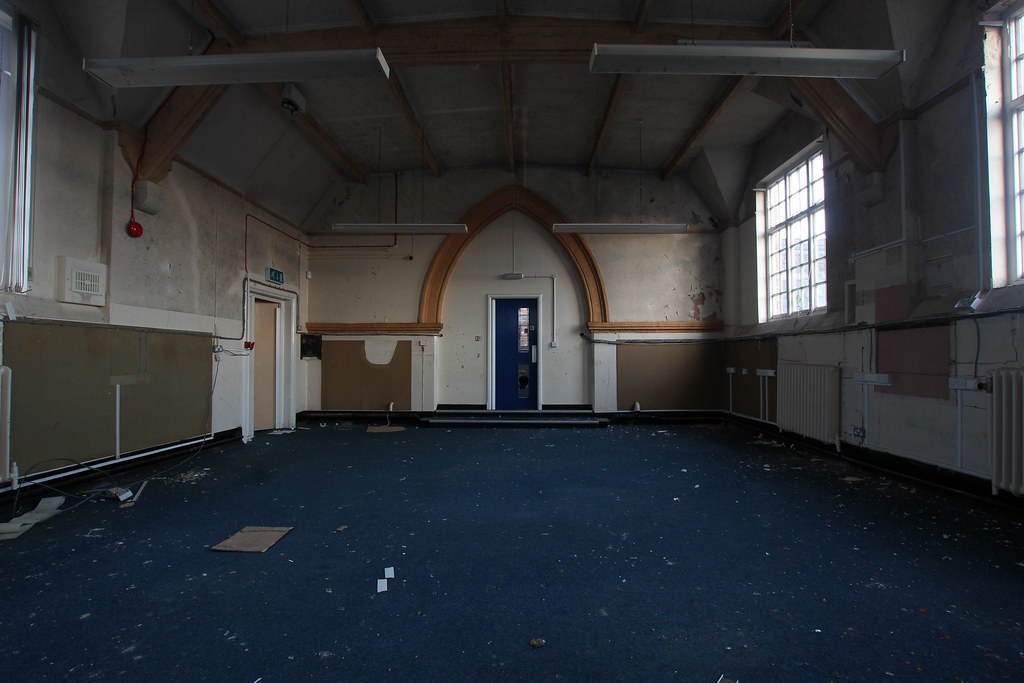 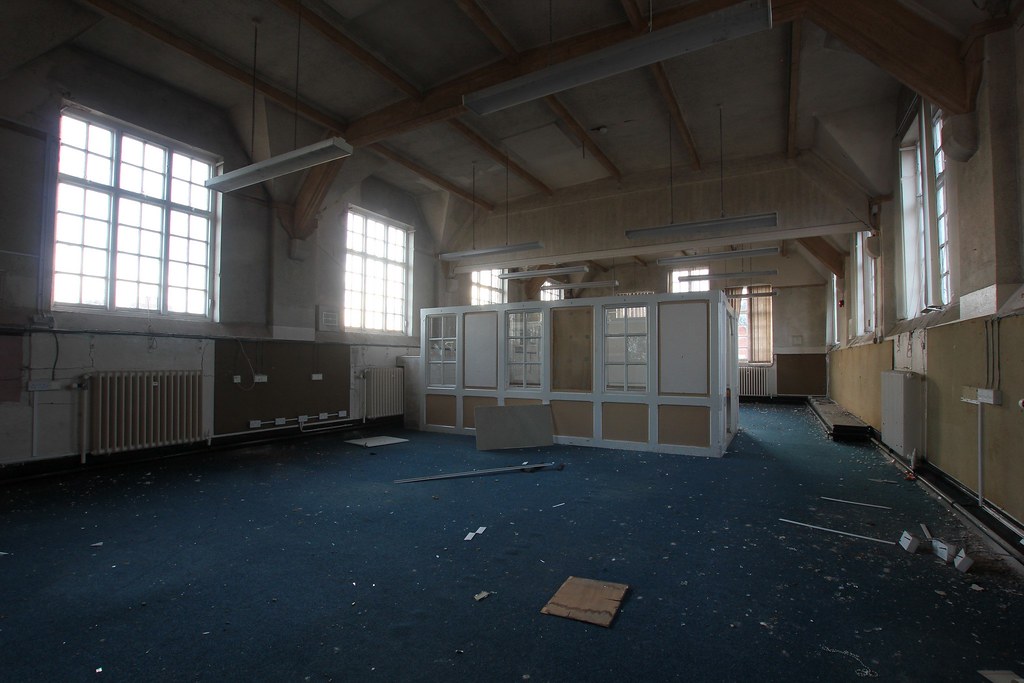 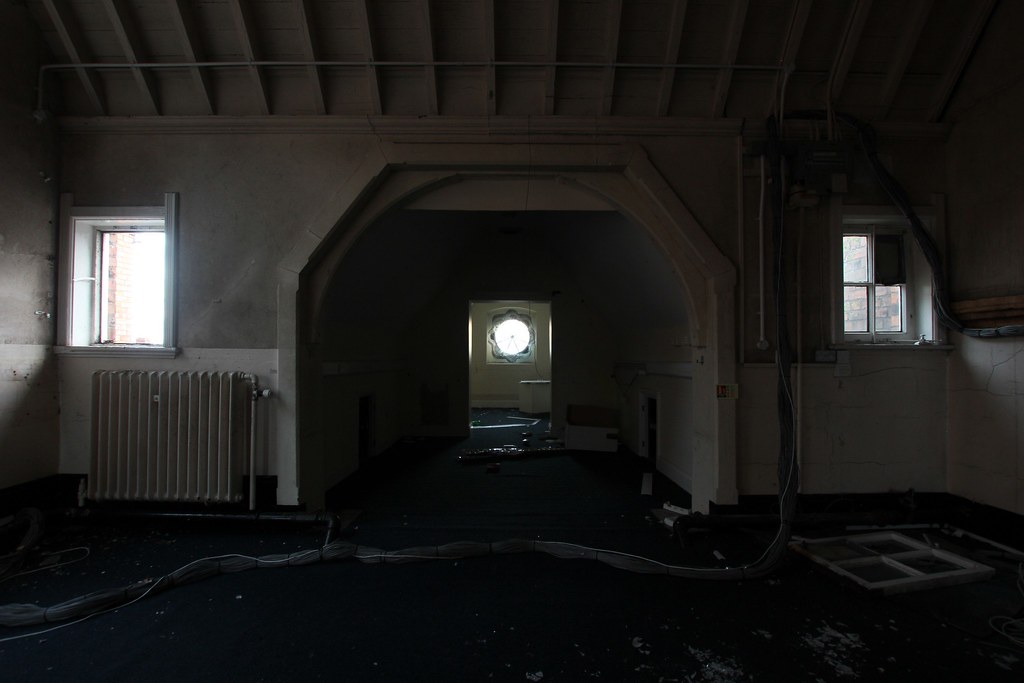 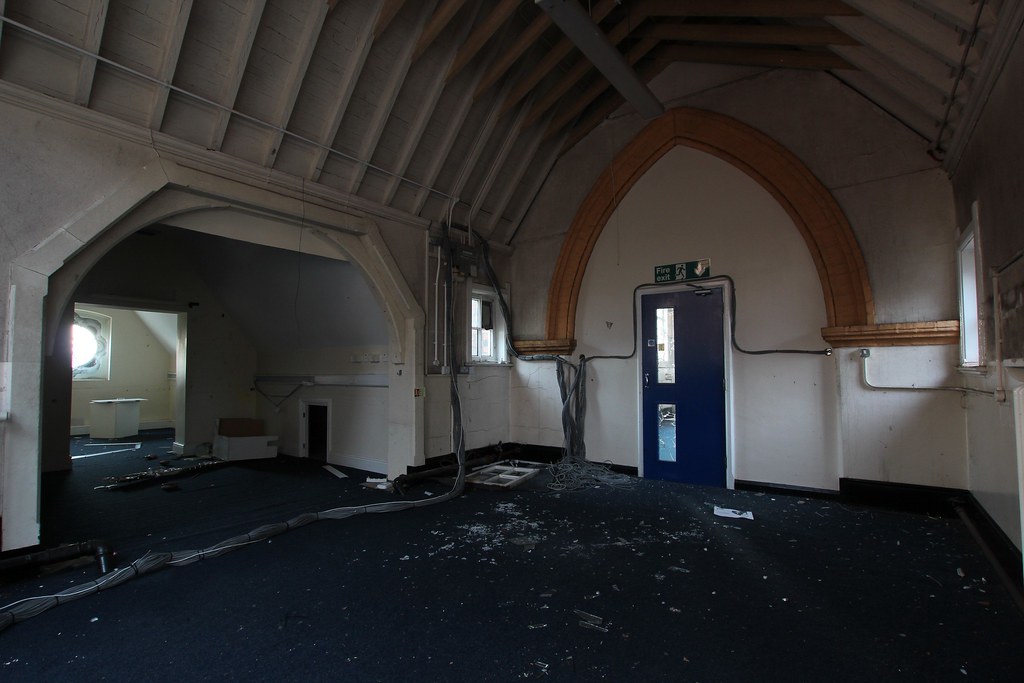 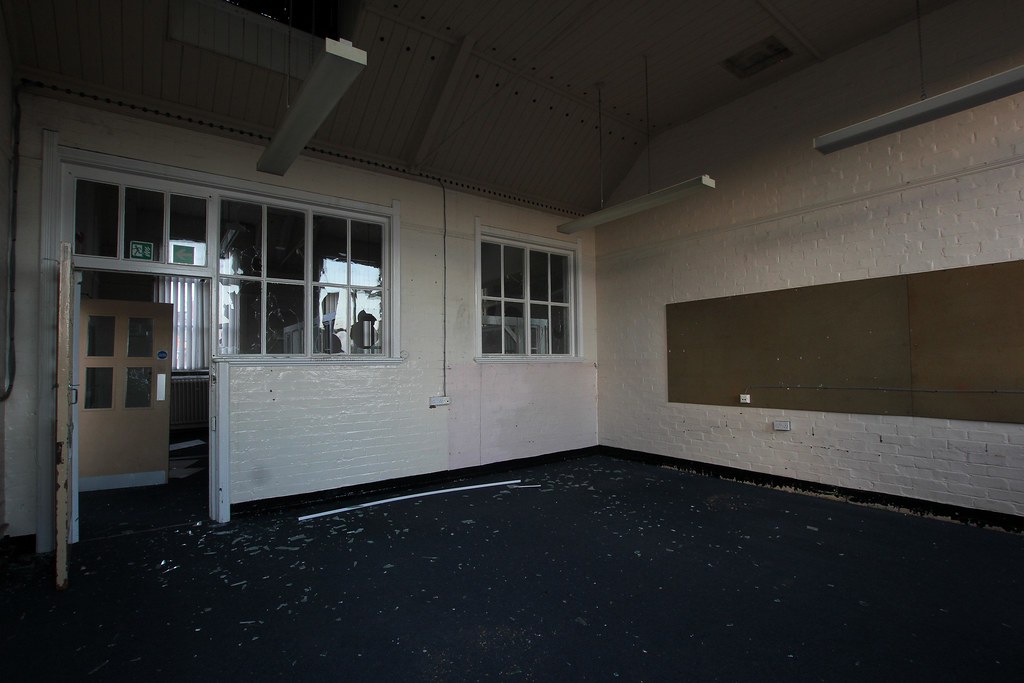 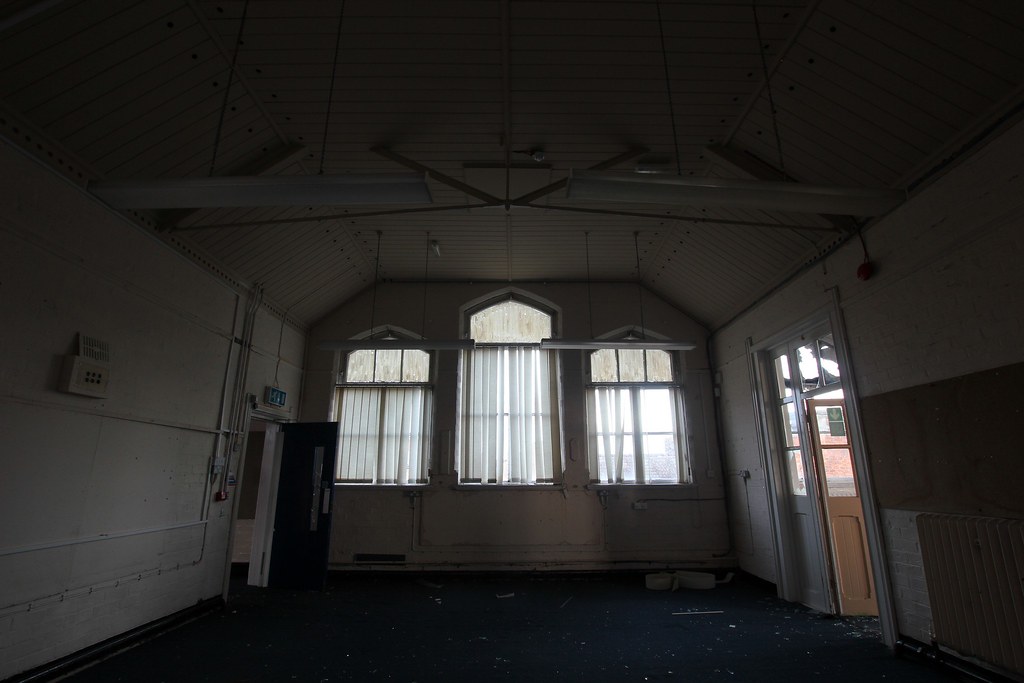 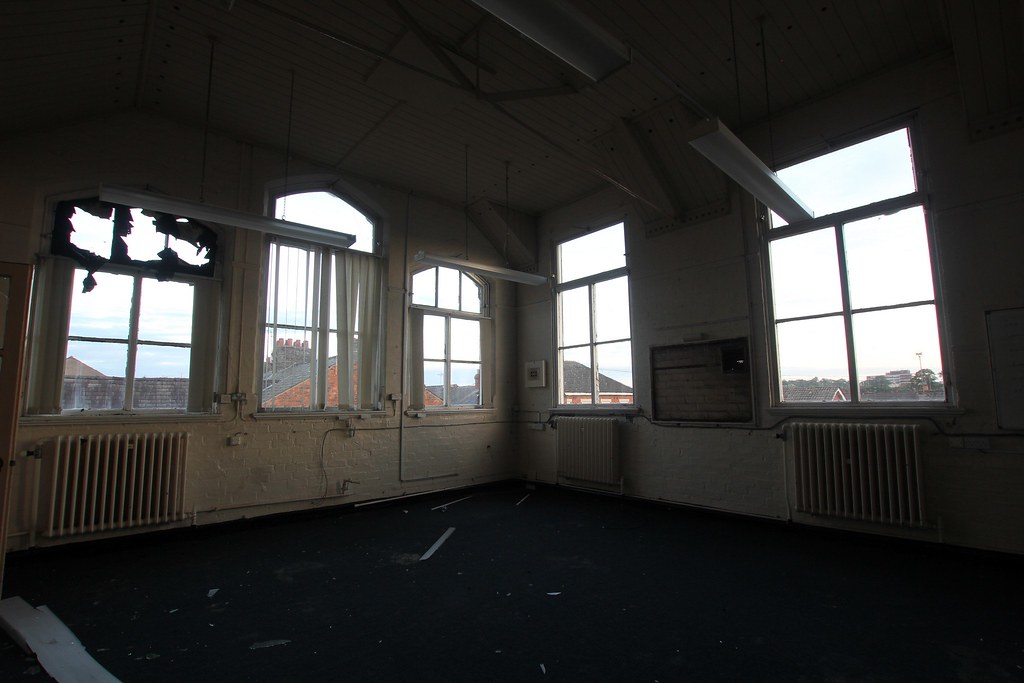 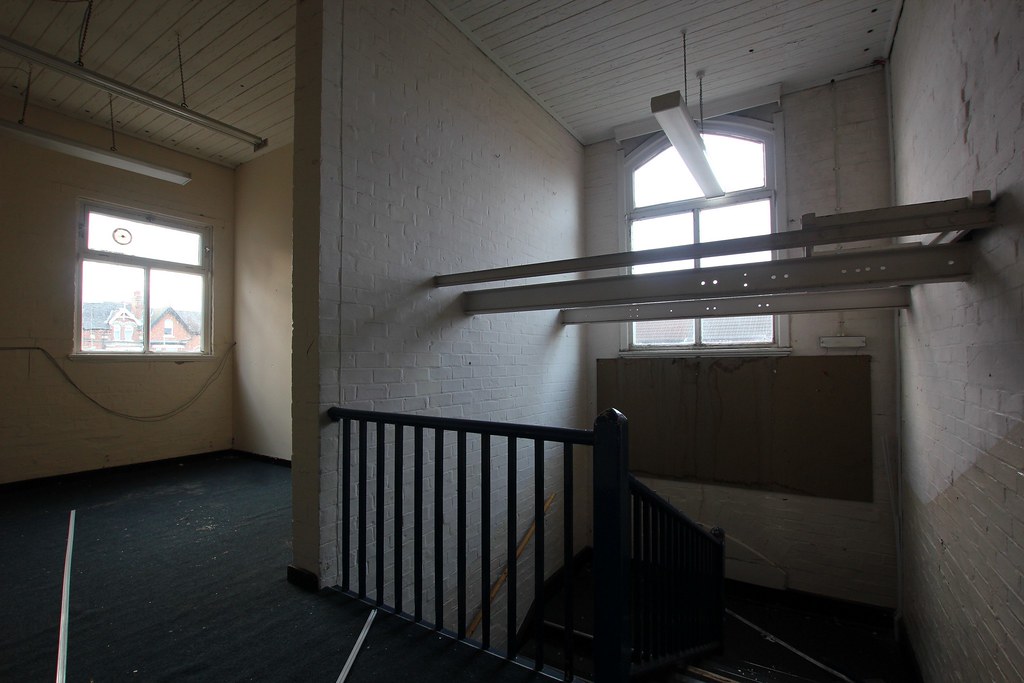 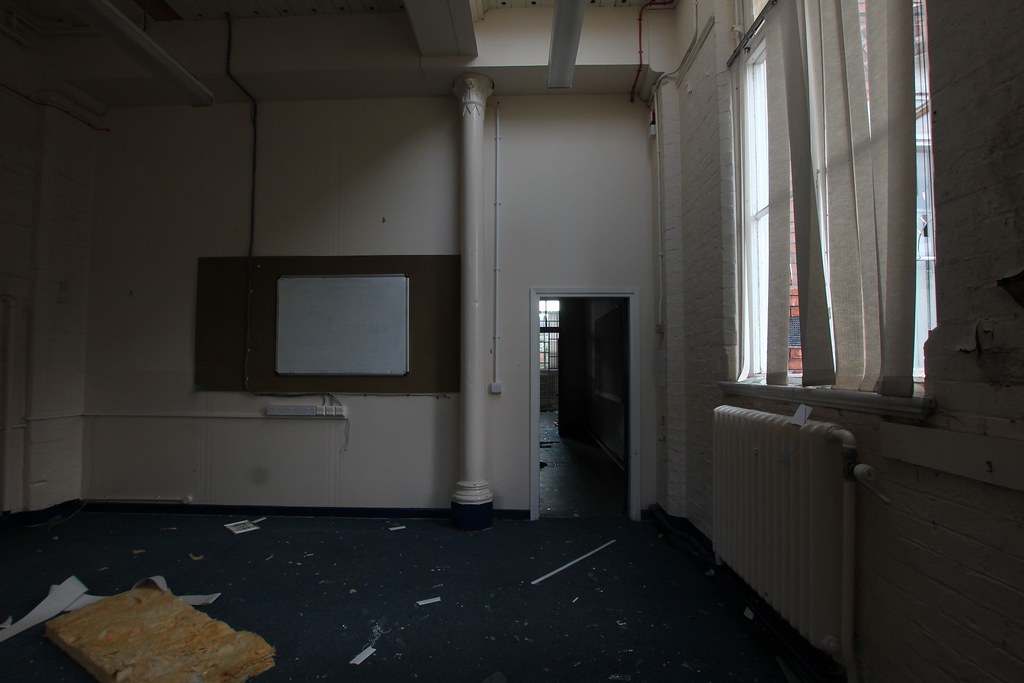 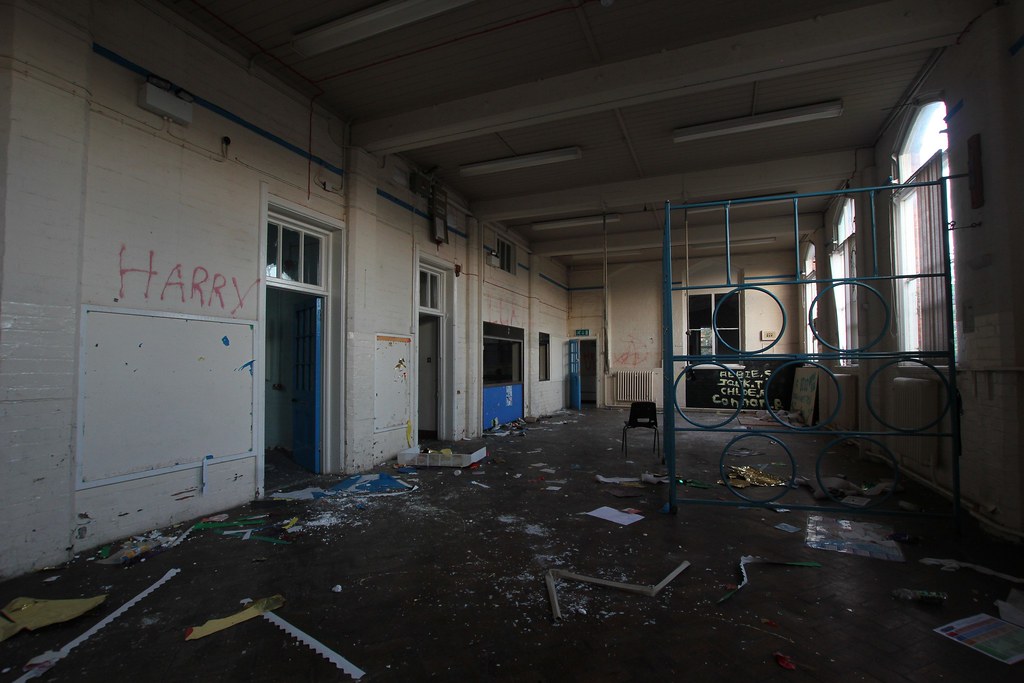 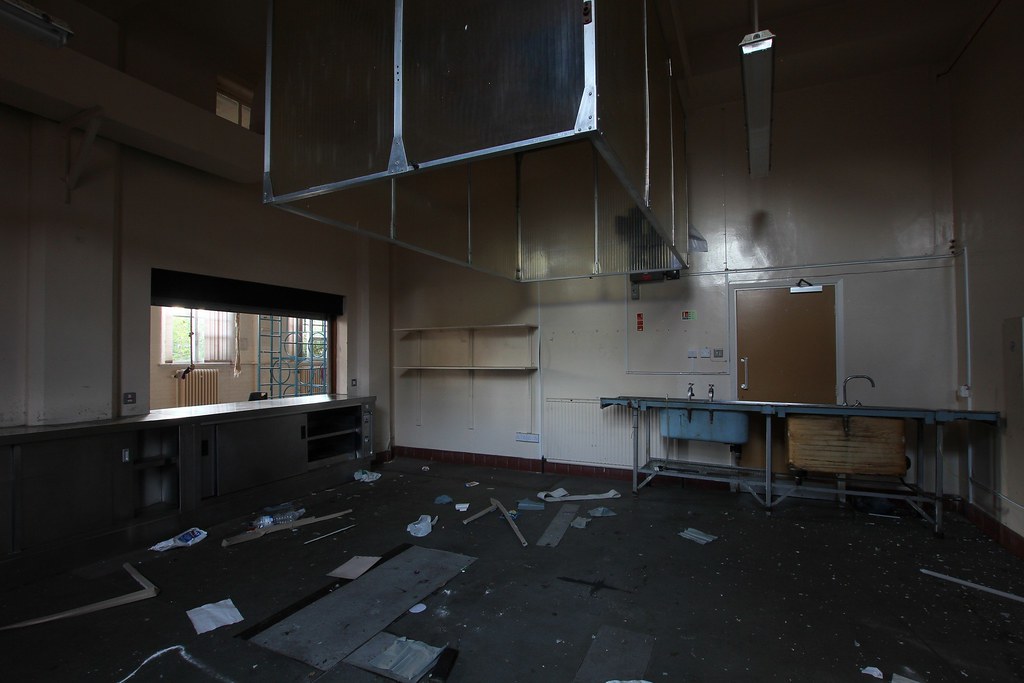 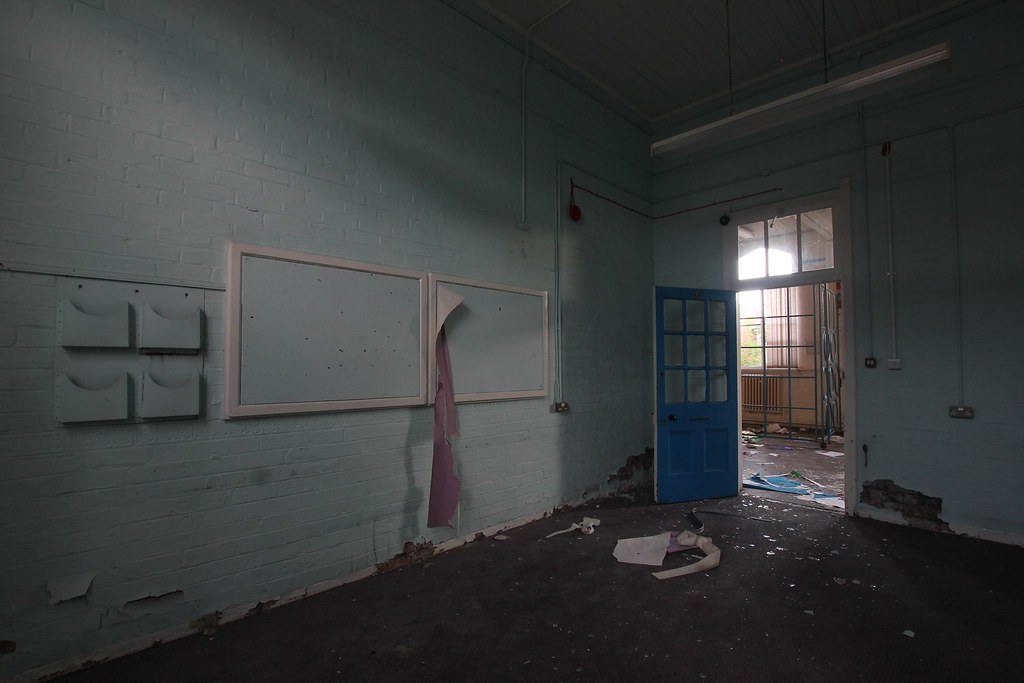 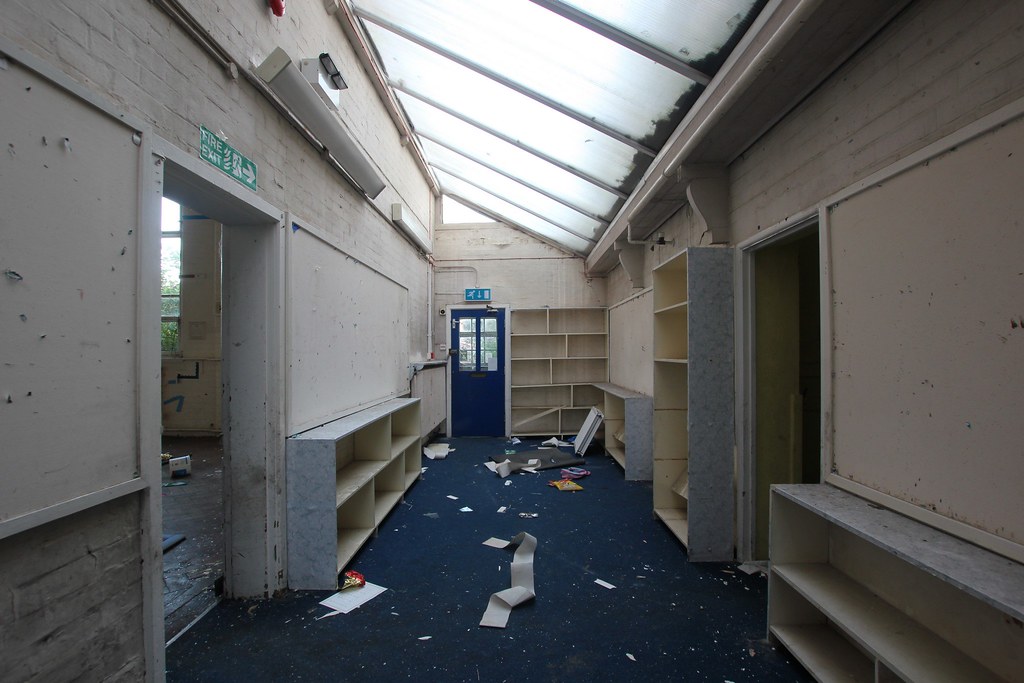 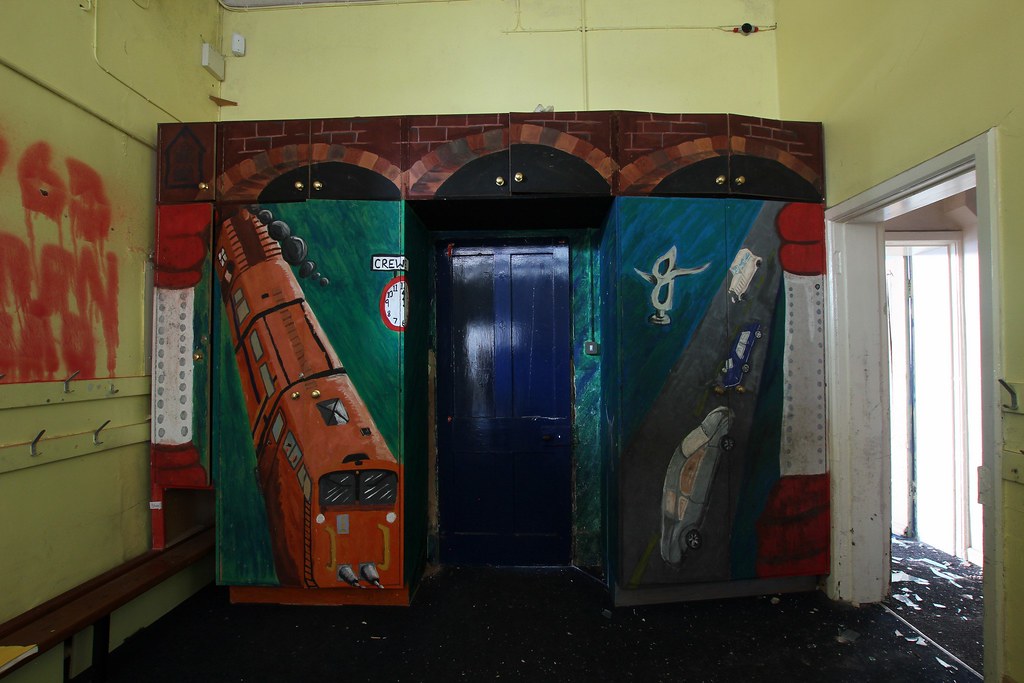 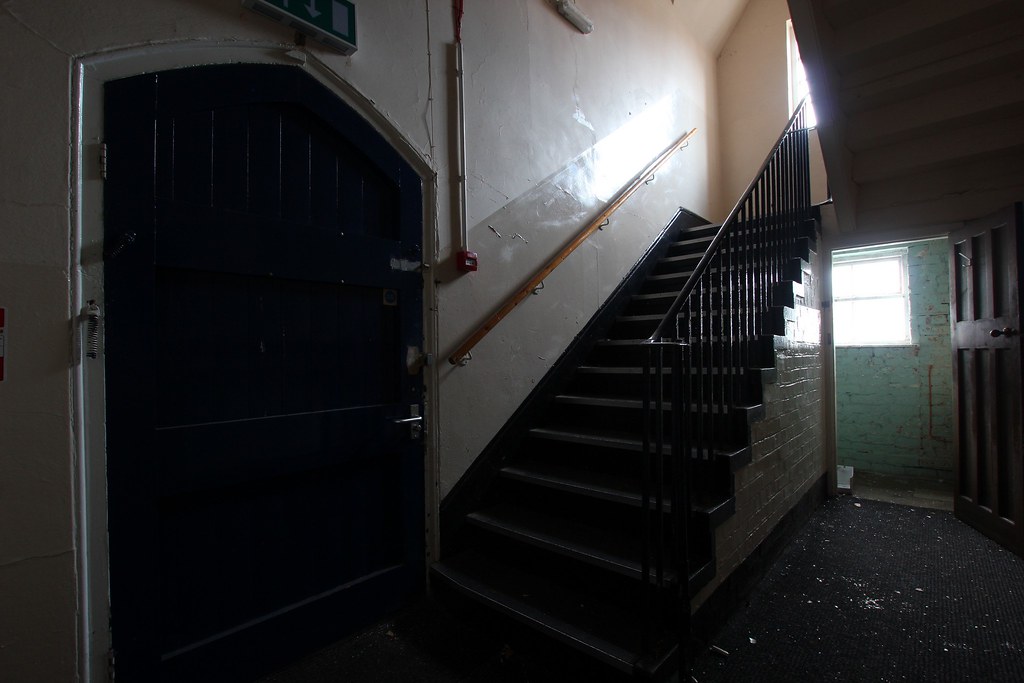 It will make rather nice apartments, I enjoyed it Mook, lovely pics, Thanks,

Great to see a future redev and not a demo