Crail is acknowledged to be the best-preserved abandoned airfield in Scotland, with unique designs of hangar, a military hospital, and a whole range of WW2-era buildings, including the stunning Torpedo Trainer, which is unlike anything left elsewhere. The North Sea storms and heavy salt-laden air have blown in for 60 years, corroding steel and peeling paint to create rich colours of decay.

This report appeared elsewhere a wee while ago … but thanks to Gridnutter for lots of useful feedback and corrections, which have greatly improved the section on the Torpedo Trainer.

The airfield was built on the very easternmost point of Fife, Fife Ness, and sits exposed to the North Sea on three sides. Construction began in March 1918, when John Laing & Son (now called Laing O’Rourke) were appointed as contractor. William Sirey was made site agent, and tradesmen were offered a then very substantial £5 10s for a 60-hour week: the long hours and unprecedented pay hint at how desperately needed the airfield was. Laings set down runways, complete with lighting, a small control tower, a network of taxiways, and several massive “Bellman” hangars with large span, steel lattice girder roof trusses.

The real challenge for Laings was logistics: over one thousand men and one hundred horses were employed on the project, and they battled against the constant storms which blow in from the North Sea. However, the combination of high pay, and an exemption from conscription kept the workers’ morale high, so that the project was completed on time (August 1918) and on budget (£250,000). The Air MInistry rewarded Laings with further contracts for airfields at Cramlington and Hylton, both in the north-east of England. Crail aerodrome became No.27 Training Depot Station, forming around a range of fighter-reconnaissance aircraft like the Avro 504; shortly after that came air and ground crew belonging to the US Army Air Force’s 120 Aero Squadron. After all that effort, Crail was mothballed shortly after the Armistice, and closed in 1919 – then it was completely demolished!

The airfield lay dormant for twenty years until it was requisitioned in 1938 and work began rebuilding it as a Royal Naval Air Station in September 1939. Crail was one of four airfields built for the RN in the early war period (the others were Condor at Arbroath, plus Yeovilton and St.Merryn) all of which have four relatively narrow tarmac-surfaced runways – the longest is 06/24, at almost 1100 metres, then 02/20, plus 12/30 and 16/34, both of which have their thresholds just yards from the sea shore. In fact, the deck markings and giant number on runway 12, coupled with sea spray at low altitude, must have done a good job in simulating a deck landing at sea!

The base became HMS Jackdaw, and its main role was Torpedo Bomber training: 785 Squadron formed here in November 1940, using its Swordfish and Albacore aircraft to drop practice torpedoes in the Firth of Forth. Very quickly afterwards, 786 Squadron was formed, using the same type of aircraft for torpedo training; both units later progressed onto the Barracuda and the Avenger. After that, Crail hosted a vast number of different squadrons, including an FRU (Fleet Requirements Unit); and a Carrier Trials Unit which moved here from HMS Condor in Arbroath (Condor is still used by Royal Marines, and in fact it has a giant “ski jump” which was used for Harrier take-off practice in the 1980’s). Crail’s other deployed Squadrons included 711, 747, 770, 778, 780, 817, 820, 823, 832 … it was one of the Navy’s busiest airfields throughout the War.

780 Squadron was Crail’s last flying unit, which carried out instrument training here in 1947, after which the airfield took on a different, covert role. Renamed HMS Bruce and designated an Air Apprentice School until 1949, it later became the “Joint Services Foreign Language School”. That innocuous name hides the fact that Crail taught spycraft to British agents, and it’s said that the Russians kept a close eye on this part of Fife throughout the 1950’s! The airfield’s domestic camp, to the north of Balcomie Road, was used as the school’s accommodation, and for a while it was also used as an army transit camp which received a battalion of the Black Watch, who were billeted here in 1952 before being sent to Korea. Later in the 1950’s, the last active flying at Crail was undertaken by St Andrews University Air Squadron and their Chipmunks. Parts of the site were taken over by Muir of Pert piggeries – the same fate befell RAF Tealing which I explored a while ago – several buildings have the remains of pig sty, feeding trough, and heater equipment. Part of one of the four runways is now used as a karting track, and another is used as a quarter mile dragstrip, where Fife’s Max Power devotees burn off their adrenaline and burn out their clutches.

Today there are no buildings surviving from the WW1 era – the massive Bellman hangars have gone (they were demolished in the 1950’s) although their concrete floors, and the iron tracks of their doors are still evident, along with their earth blast walls. The remaining hangars include a derelict one to the north, and two unusual gabled hangars which were used for sugar beet storage after the War. The control tower is a three-storey Naval type, with substantial balconies and parapets plus a penthouse on the roof; it isn’t in great condition. However, the highlight of our exploration was the Torpedo Attack Trainer: a large brick-built building which has a complete ferro-cement bowl inside it, with a faded sky and horizon line painted on it which acted as a target screen.

The first picture showing the Torpedo Trainer’s screen also shows the remains of the circular lighting array which used to hang above it – it accommodated lights and screens which combined to simulate sunrise, sunset and other lighting conditions. Above it was the access platform which carried an epidiascope, which in turn projected an image of a model ship onto the screen. The greenhorn torpedo-bomber pilot practiced target acquisition and boming runs in the trainer. It was used to simulate the Fairey Barracuda aircraft which was introduced into service at the start of 1943, so I’d presume the T.A.T. or “Link” trainer as it was also known, dates from that time, too. In simple terms, a ship target was projected onto the horizon, and the simulator pilot “flew” the link to attack the ship: the instructor could alter the course of the ship, to simulate evasive action. The pilot used the link’s F sight to get the correct bearing, and compensate for drift, before dropping the torpedo – which in real life was a 1620 pounder. When the torpedo was launched, the ship on the screen stopped, and a white line was projected to represent its track through the water; the ship began moving again as the torpedo made its “run”, and finally stopped when the run was complete. If it stopped on the line of light, then the pilot scored a hit.

Enough of the machinery remains to give you an idea how it operated – but the strongest impression of this early flight simulator is that it looks like something from Terry Gilliam’s film “Brazil”. The acoustics of the space are amazing, too.

Crail is used by Satans’ Slaves; karters; drag racers; farming types – it’s an active place. As far as we understand, the Torpedo Trainer is unique, and is one of the reasons why Crail has been protected as an Ancient Monument by a Grade A listing, as it’s a unique survivor of a Royal Naval Air Station. In a strange way, its post-war occupation by pigs may have saved it from a far worse fate.

Superb report on a superb place, thank you.

Wow, what an amazing place! Great report. I never knew about the torpedo trainer, and have learnt a lot from this...excellent research and history.

Great history, some good pics - not much I can add to this, except a few pics of my own...

Lavvies were in good shape 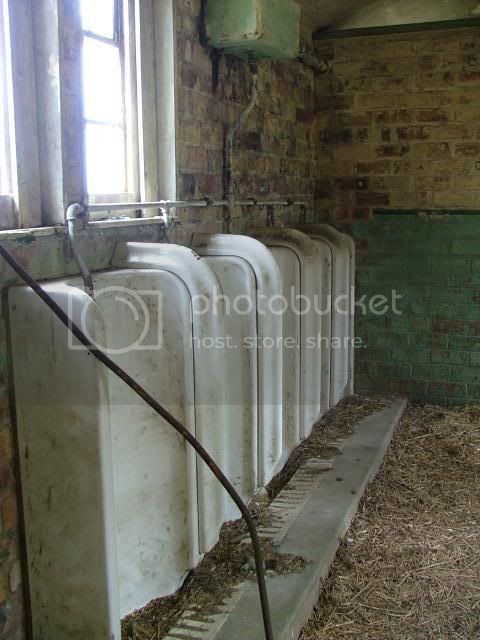 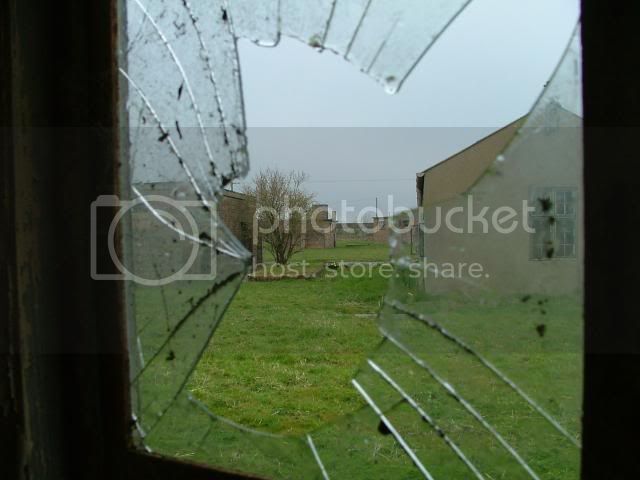 Torpedo Trainer - this was an ace find : 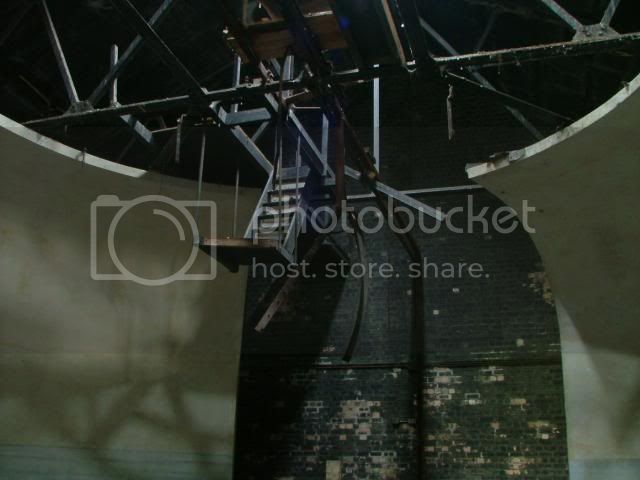 Bryag getting a different perspective on the Torpedo Trainer 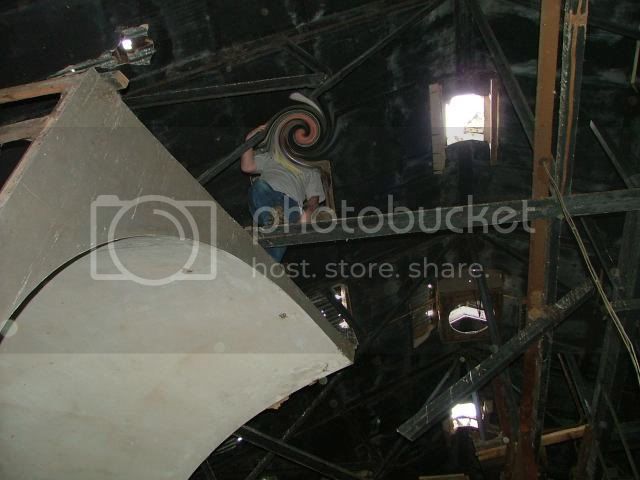 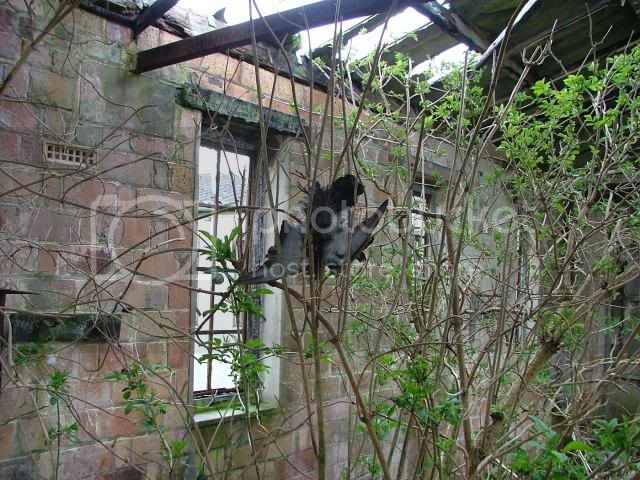 The Fuse-boxes came in handy for IDing the rooms 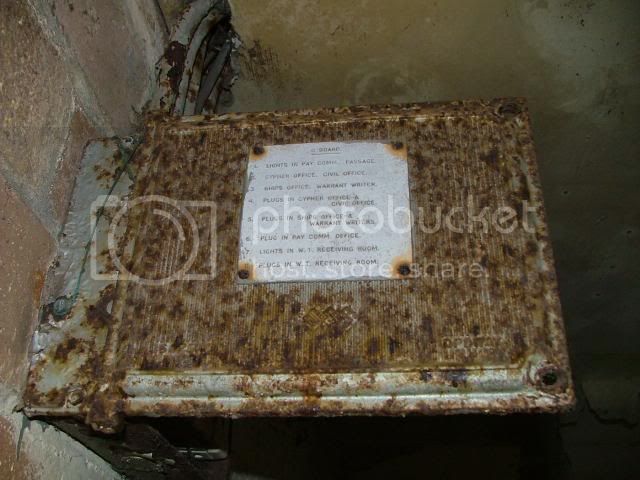 Unusual mix of decay and preservation at this site : 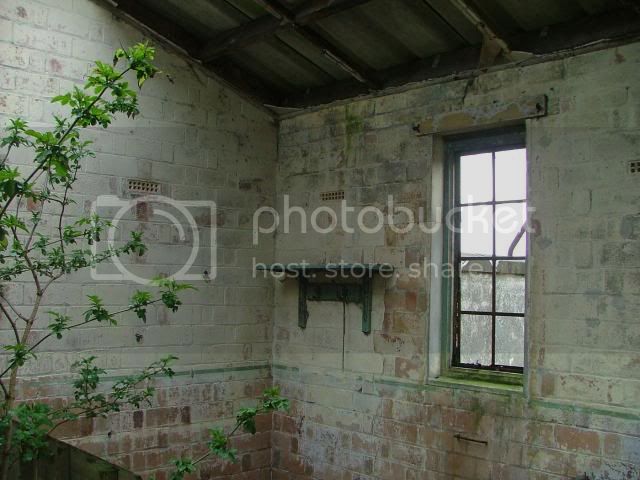 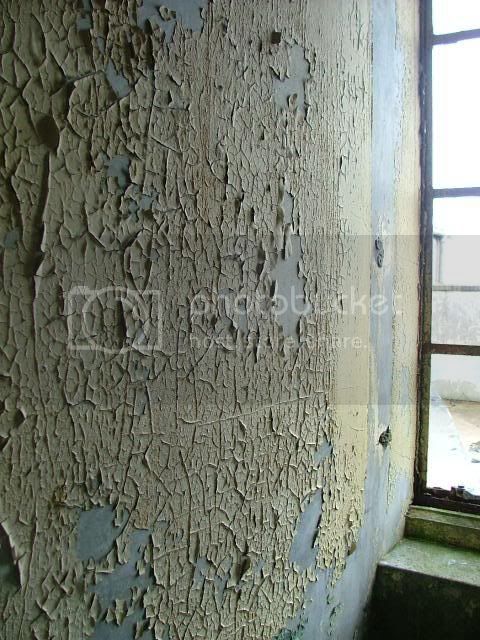 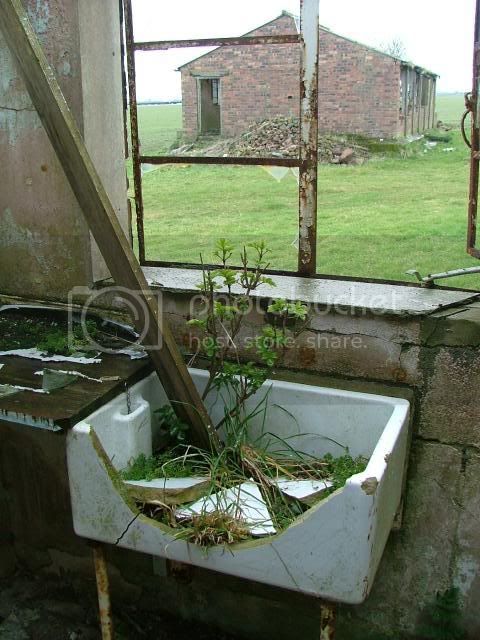 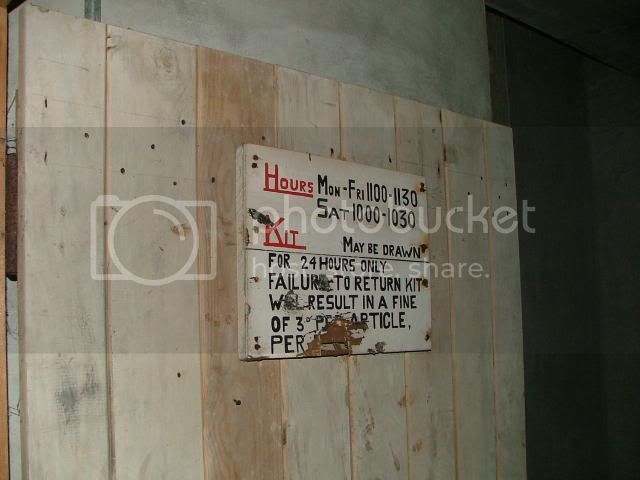 A good explore this one, good to meet you guys ( Wolfism & Delonghid95) too

Wow, what an amazing place! Great report. I never knew about the torpedo trainer, and have learnt a lot from this...excellent research and history.
Click to expand...

Cheers for adding your photos, and it was good to meet you, too. I should have said initially that this explore came courtesy of Zimbob and Bryag, as well as myself and the "Delongoid".

That did make me laugh

Location
Up a drainpipe near you

wolfism said:
....as well as myself and the "Delongoid".
Click to expand...

If he wanted it pronounced correctly he should have hyphenated it.

A very comprehensive report, Wolfism. Not much to add, except a few of my pics from the day. 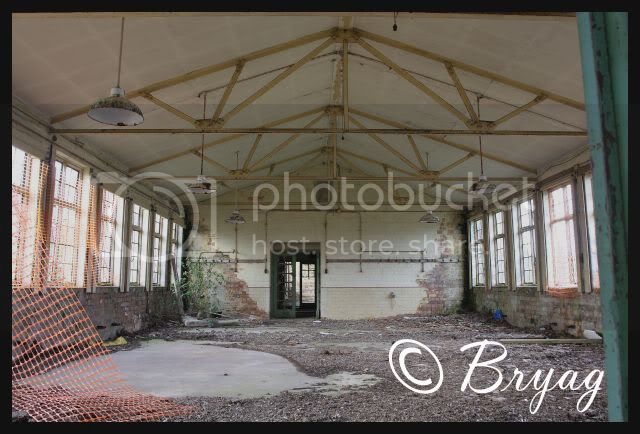 One of the torpedo trainer 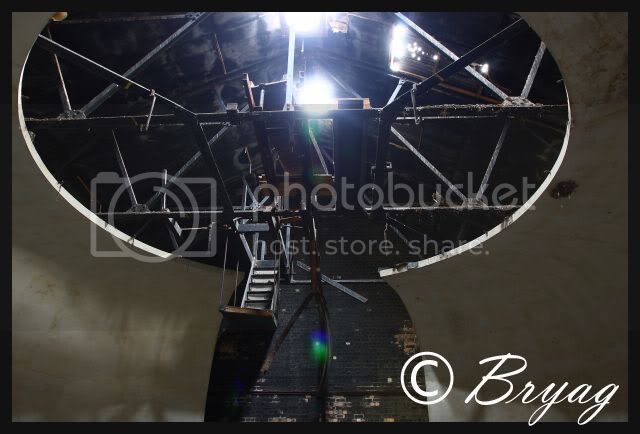 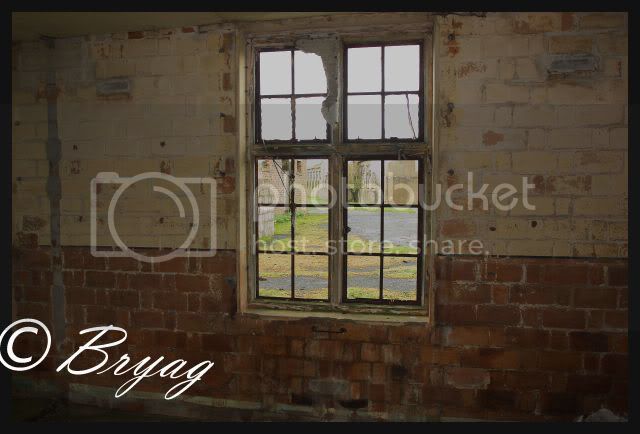 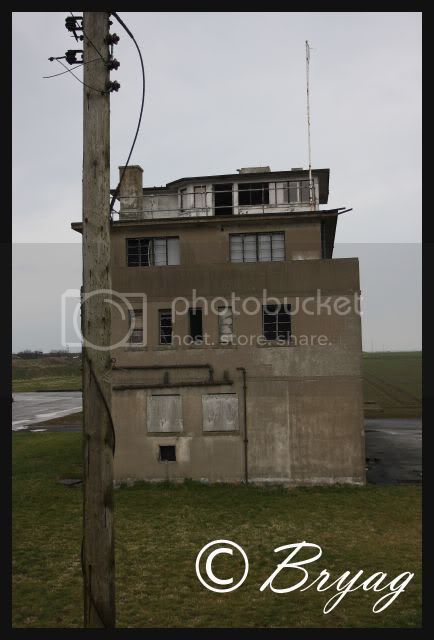 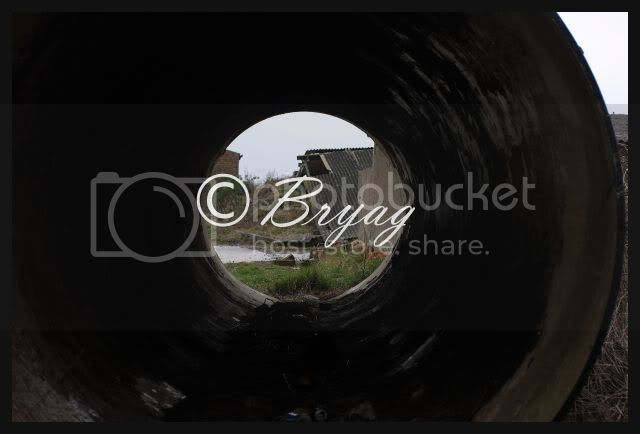 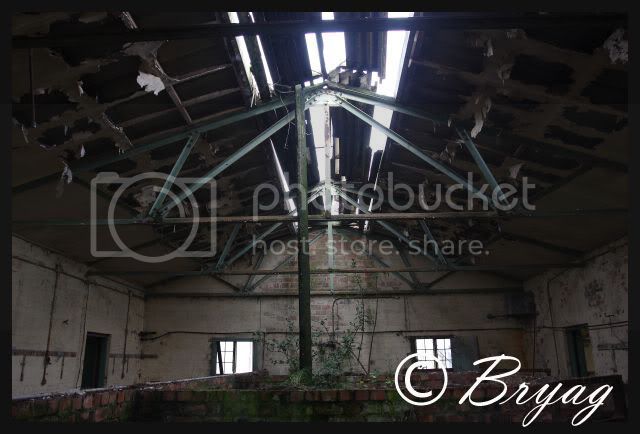 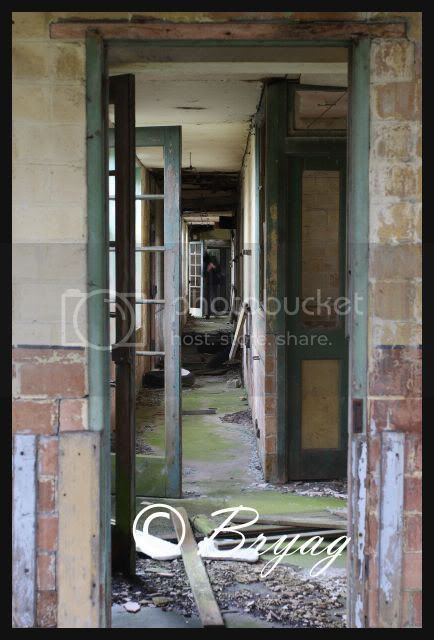 Zimbob, nice effort at obscuring both my face and belly!

Cheers for adding your pics, Bryag. Where else did you visit after we said farewell?

Location
Up a drainpipe near you

wolfism said:
Cheers for adding your pics, Bryag. Where else did you visit after we said farewell?
Click to expand...

It was good to meet you and "delongi-d95", Wolfism. We didn't do anything else that day, but we did visit, amongst others:
Cults lime and brick
Crawford Priory
Earlsferry Battery
The Secret Bunker (always a must)
Elie ROC
RAF Dunino

We also took in a castle and folly or too (not to mention the occasional live hostelry). Hopefully we will get them posted at some point.

I was there last weekend, but missed the Torpedo Training facility, here are my pictures:
http://www.dr1ft.org/index.php?option=com_rsgallery2&gid=9&Itemid=53


I have to go back another day and make some more pictures...
B

Thats a cool looking place and great bit of history too. Love the building in the first photo.

Great explore and lovely set of pics, thanks for sharing with us. Wayne

An absolutely top report, nice one.

I visited Crail in the late 80s and saw the torpedo trainer then, but for some reason the whole building was pitch black. Nice to see what it actually looks like properly.
C

I am brand new to this site (which is tremendous). This is a brilliant thread.

My interest is in the Torpedo Attack Trainer (TAT) which is a legendary piece of kit amongst ageing theatre lighting bods. The lighting and servo lens system system and all the lights and projections, which are well described here, were made by Strand Electric. I have most of the operating manual and some of the kit.

I would like to correspond with anyone who has pictures of the Crail TAT, which was the first made and therefor the best documented. Maybe the official manual that I have would be of interest to you?

Conntrary said:
I am brand new to this site (which is tremendous). This is a brilliant thread.

My interest is in the Torpedo Attack Trainer (TAT) which is a legendary piece of kit amongst ageing theatre lighting bods. The lighting and servo lens system system and all the lights and projections, which are well described here, were made by Strand Electric. I have most of the operating manual and some of the kit.

I would like to correspond with anyone who has pictures of the Crail TAT, which was the first made and therefor the best documented. Maybe the official manual that I have would be of interest to you?
Click to expand...