Centuries before the grand hall, farm and stables were built, bronze age man occupied the vicinity. Then the Romans came along, and following them, The Knights Templar. They over time became the knights hospitalier. Their legacy lives on today as the St johns Ambulance.
In 1544 ,Henry 8th bestowed the estate upon himself (he stole it),only to sell it to a "Mr Bunny" in 1546. It wasn't until 1740 with the estate owned by another family that the Hall was built, It was said to have been the grandest hall in the area. But by 1917 the hall was demolished as it was deemed unsafe. Subsidence caused by the collapse of mine workings (St.Johns colliery), is thought to have played a big part in the demise of the hall. Ironically the mine was built by the then owner of the hall
The stable block/ coach house was remodelled as a house shortly after and was occupied until 1959.
During the next 25 years the buildings suffered badly at the hands of vandals and thieves. The very fabric of the buildings was stolen one block at a time leaving only skeletal shells.
Some of the smaller buildings have been lost without trace. An ice house is thought to have been nearby. and a brewhouse, chapel, dovecote and 2 summerhouses have gone.
There was a plan to restore the estate but only one farmhouse was worked on, in which the latest owner himself lived. It appears now, however, that the farmhouse is once again abandoned and sealed up.

The hall (left) and stable block 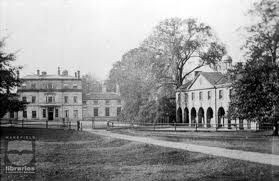 The stable block after conversion to a house 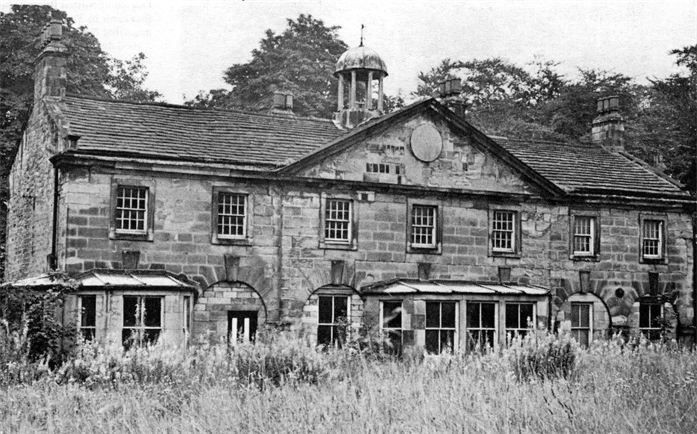 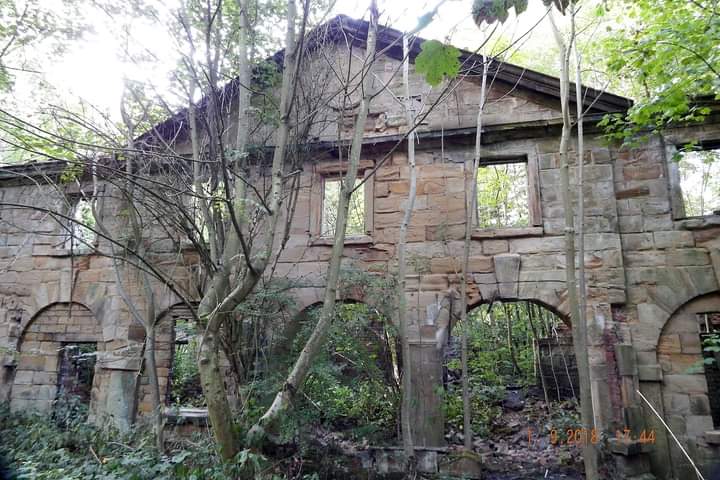 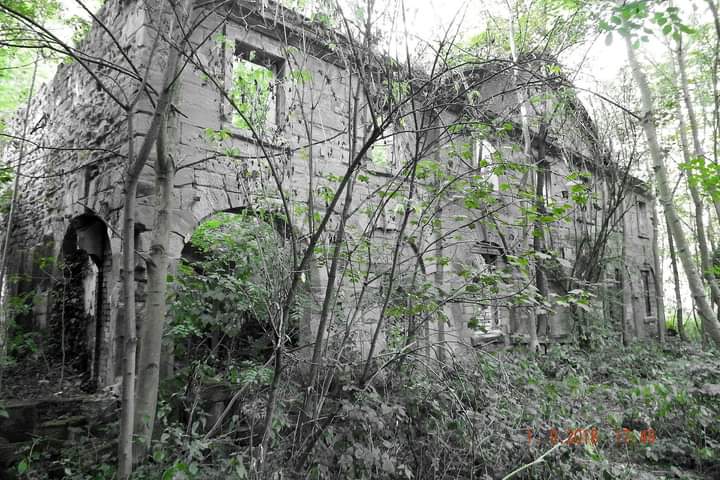 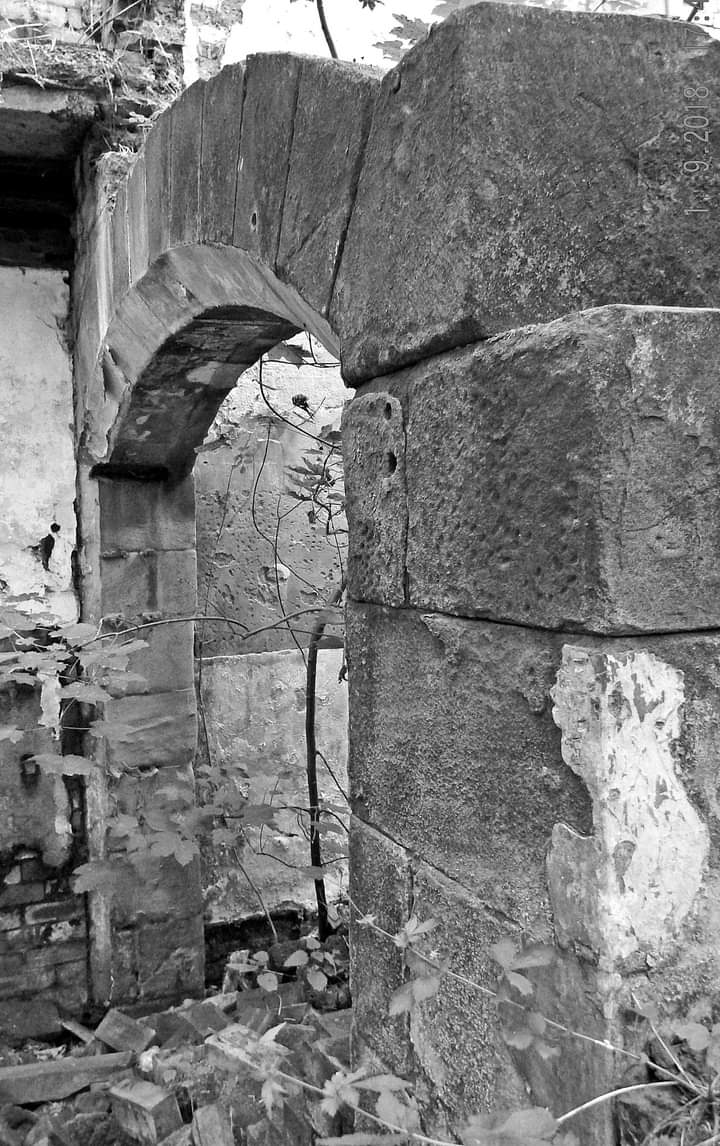 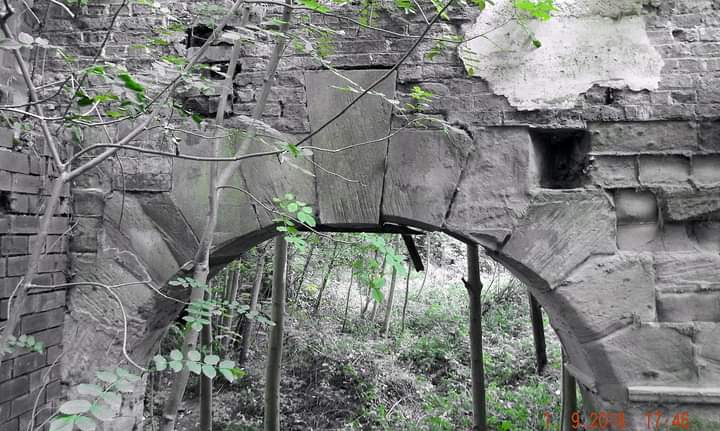 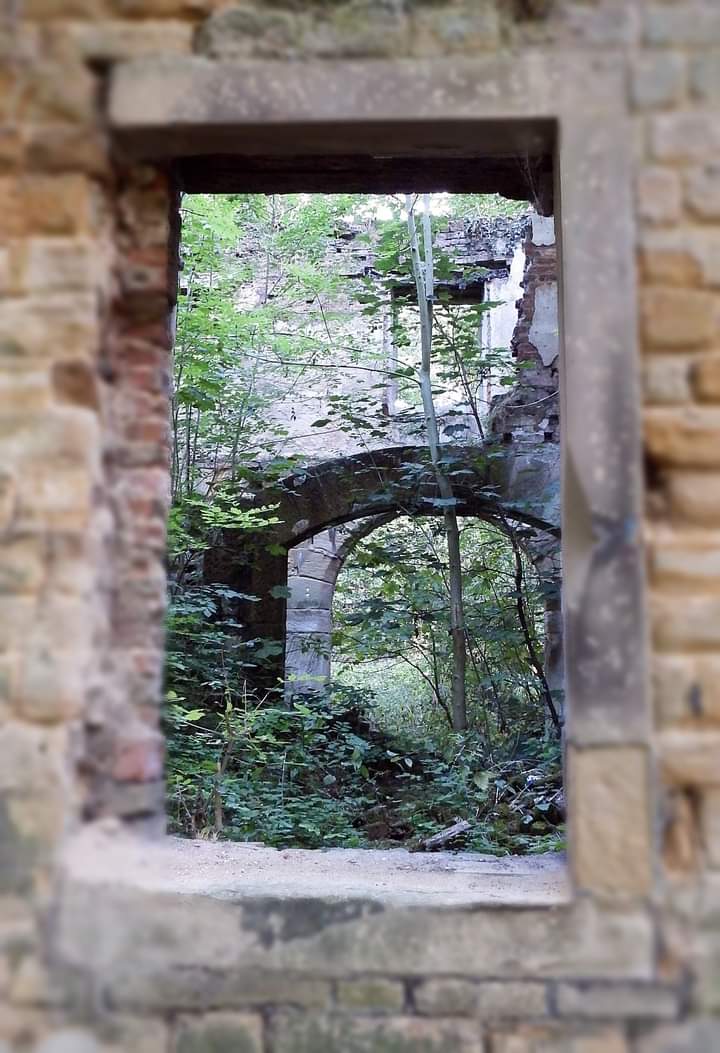 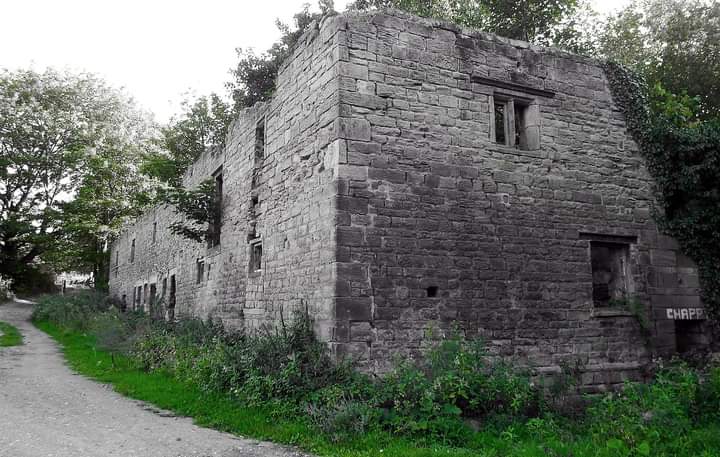 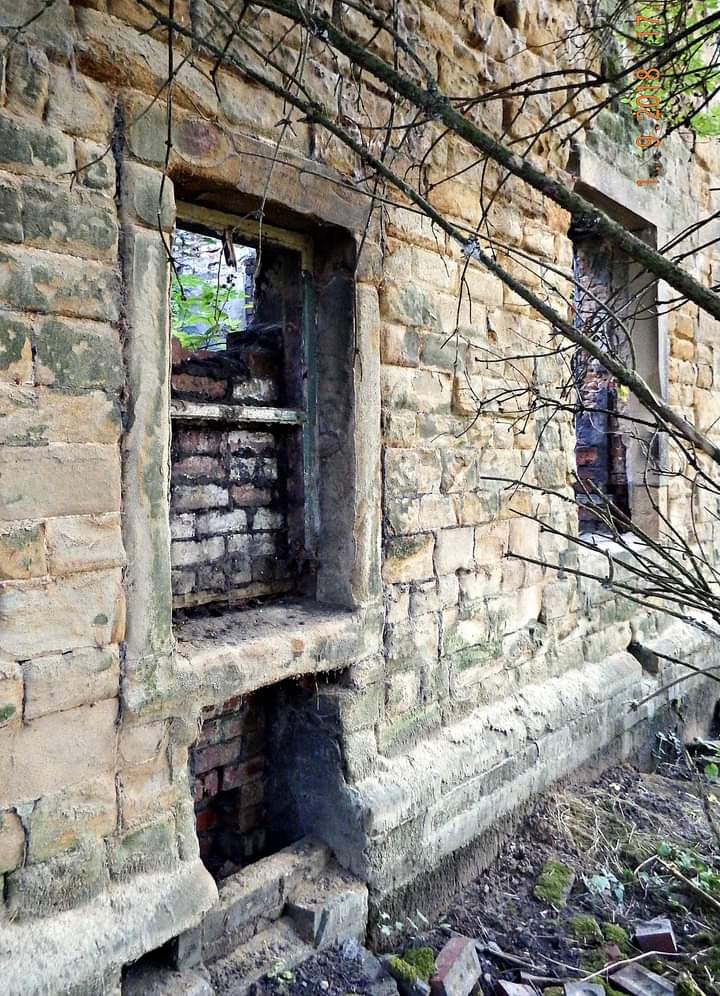 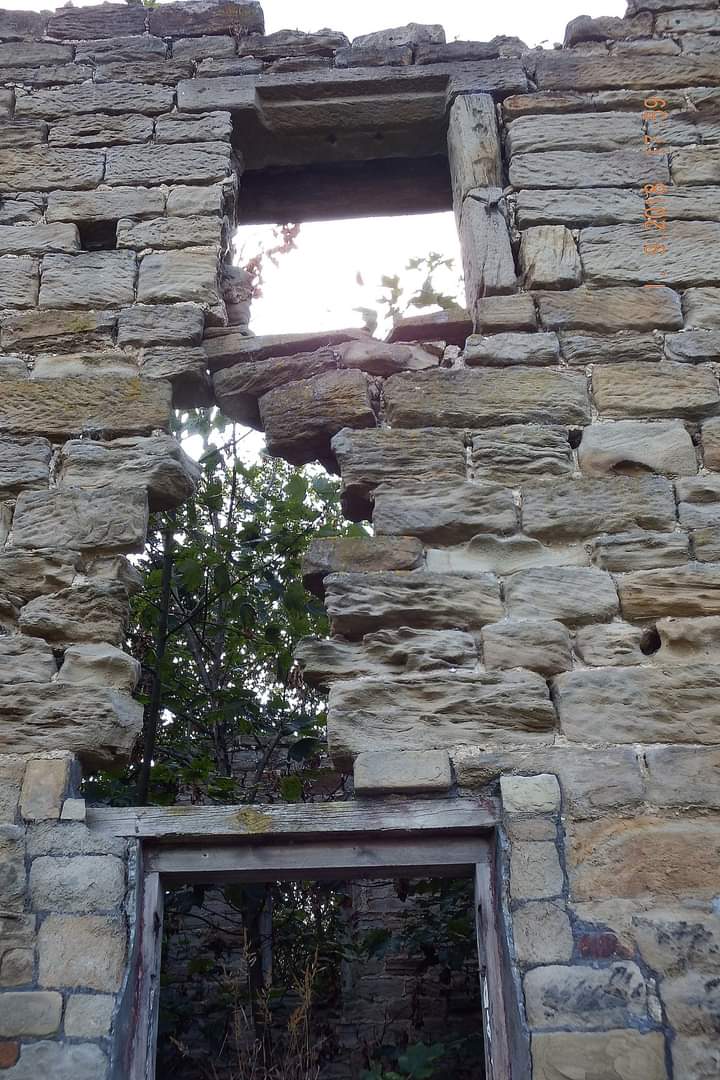 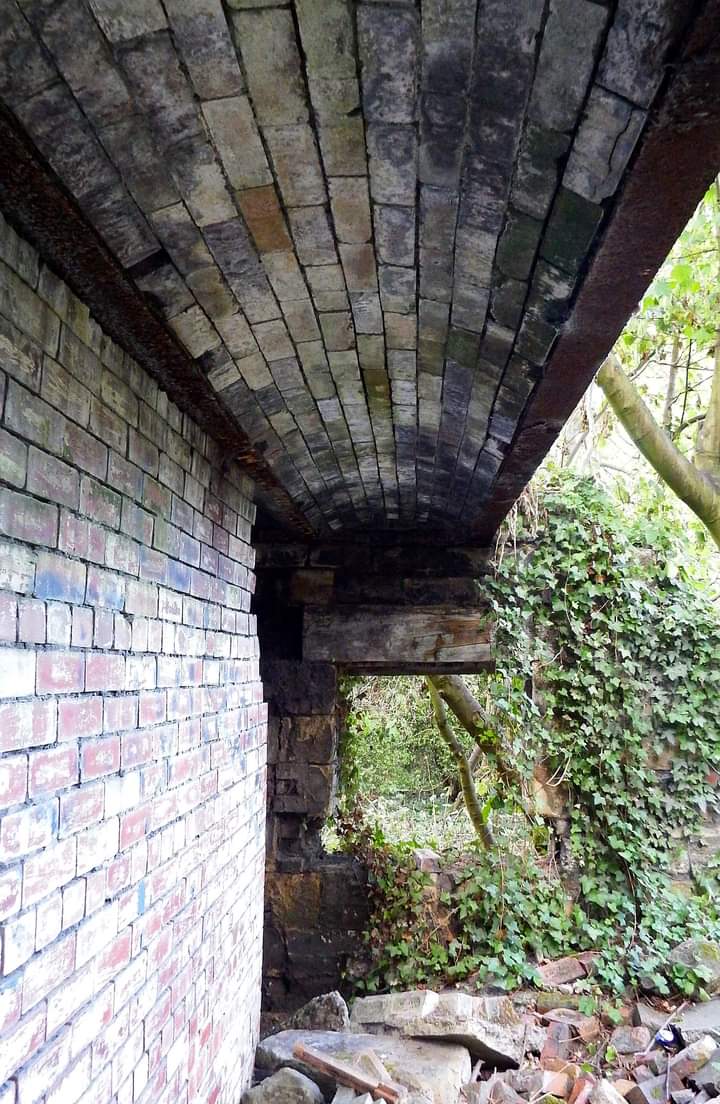 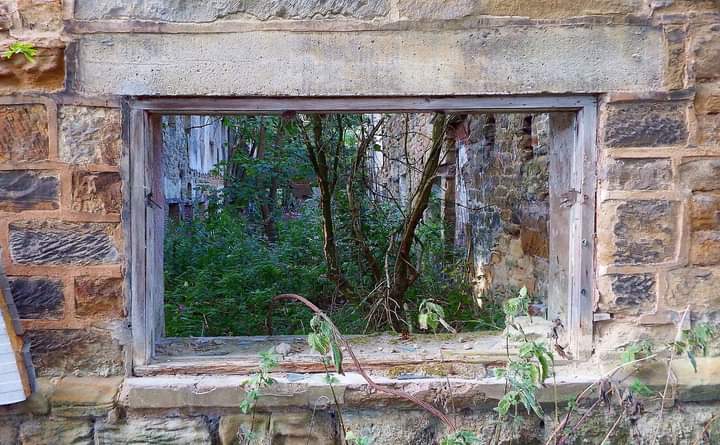 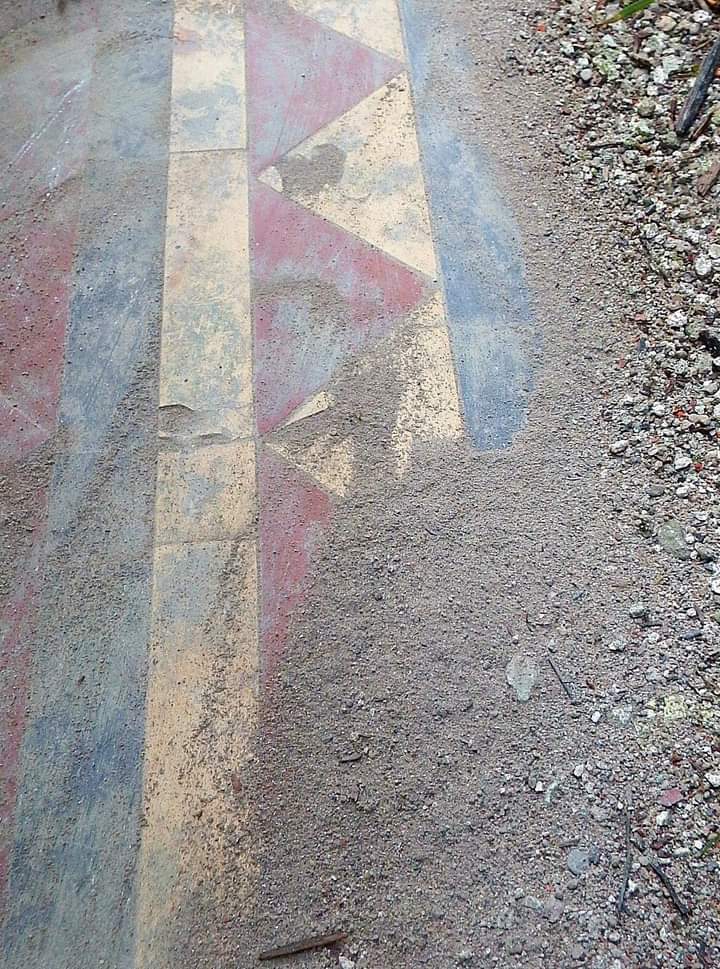 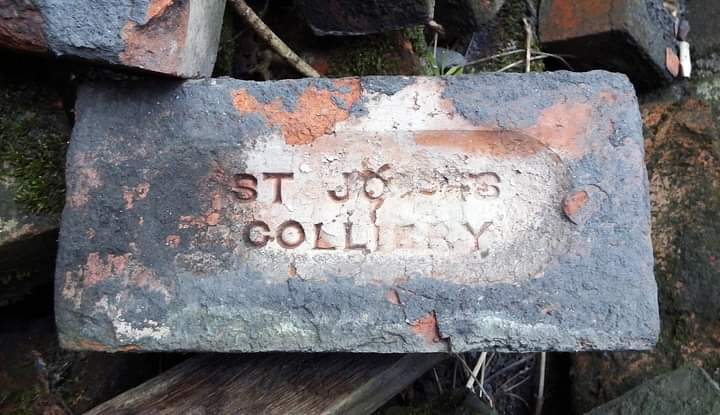