Thanks must go to Pretty vacent for the heads up on this one and it was much appreciated as I hadn't been on an explore in a while.
There was however a catch....it was one of those dressy up type explores but as it happens they are my favourite.
So Mr Blacksnake and myself dressed as extras from the village people in Hiviz and hard hats and off we popped for a jolly good afternoons playing out.
​


HISTORY
shamelessly stolen off tinternet​
Crewe Pool opened in November 1937 when admission was a mere three-penny bit for adults and one penny for children.

A £200,000 refurbishment saw the pool closed for nearly a year in 1999 after parts of the roof collapsed four times.

By the provision of new public baths the Crewe Municipal Corporation have fulfilled a need contemplated some considerable time ago. The scheme had been held up due to financial considerations, but eventually a loan sanction was obtained.

The old baths, which were owned by the L.M.S. Railway Co., were closed down in 1936. These comprised plunge, slipper and Turkish baths, and had served the town for some 71 years, being opened in 1866.

The new building is situated in Crewe, and it was officially opened by the Mayor, Ald. Frank Bott, M.B.E., on November 6, 1937.

On the ground floor there is an entrance hall approximately 23 ft, by 39 ft. with a central ticket office serving the whole building. On the right and left of the ticket office, access is obtained to the dressing cubicles for men and women respectively. There are 71 cubicles for each sex, together with toilet accommodation and dressing rooms for the use of children as occasion requires.

Bath Hall
The bath hall contains two swimming baths, one 100 ft.by 35 ft. with a 9 ft. diving pit, the water depth at the shallow end being 3 ft. 6 in., and the other is a learners’ bath, 35 ft. by 20 ft., graded from 1 ft. 9 in. to 2 ft. deep at the shallow end and 3 ft. to 3 ft. 3 in. at the deep end. The two baths are separated by a promenade, whilst a bathers’ promenade surrounds both. The larger bath is equipped with a diving stage providing a firm running board at 5 m, height. a spring board, international type, at 3 m. height, having a special type adjustable fulcrum preserving the true pitch of the board throughout the whole of the adjustment, and a spring board of ordinary type at 2 m. Teak approach ladders are provided to each platform, with double rail tubular steel hand-railing to both sides of platforms and ladders. The spring boards are fitted with the latest type detachable matting. A 1 m. spring board is also fitted as a separate unit having an adjustable fulcrum of portable type. The bath surround is covered with shotfaced adamantine tiles, laid with a fall away from the bath, to avoid pollution. The walls of the bath hall are lined to a height of 6 ft. with glazed tiles, whilst the baths themselves are lined with faience blocks and fitted with scum channels in the same material. The bath lining consists of large tiles of fireclay faced with a hard feldspathic glaze to form a surface which includes the minimum practicable jointing area. The shade is a cream mottle with racing lines and depth marks in black. Medium green is used for the steps, and also for the band beneath the edge of the curb, which is in Shaw’s non-slip pattern.

Light and ventilation are obtained by the type of roof employed, which is further amplified by side wall casements. The whole of the opening lights in this top light and casements are controlled by electrical gear.

The hall is illuminated by enclosed trough fittings which take four lamps, all switched separ*ately so that at a later date it may be possible to put coloured lamps in these fittings and arrange the whole lighting on dimmers for carnival effect.

The main lighting is coupled up with the underwater floodlights, this latter portion consisting of 12 underwater floodlights (six on each side of the main bath and two in the learners’ bath). This unit consists of a bronze porthole holding an armour plate glass, behind which is a special flood*light housing a horizontal burning line filament 500 watt lamp. The light beam is more of a fan than a flood, the side spread being in the nature of 96 deg., and the vertical spread 6 deg. to 7 deg. Here again provision is made for adding colour mediums in front of these floodlights for gala effects.

The brackets on the side of the baths are made of special Roanoid material which is non hygroscopic, non-inflammable and unbreakable, and these brackets are toned in green to match the remainder of the decorations. ​
Pics

This place is pretty smashed up tbh because of morons so is now secured tight, well, almost tight.
I've never done a swimming baths before so after Mr Snake had changed out of his Budgie Smugglers and I could concentrate again I actually really enjoyed this place. 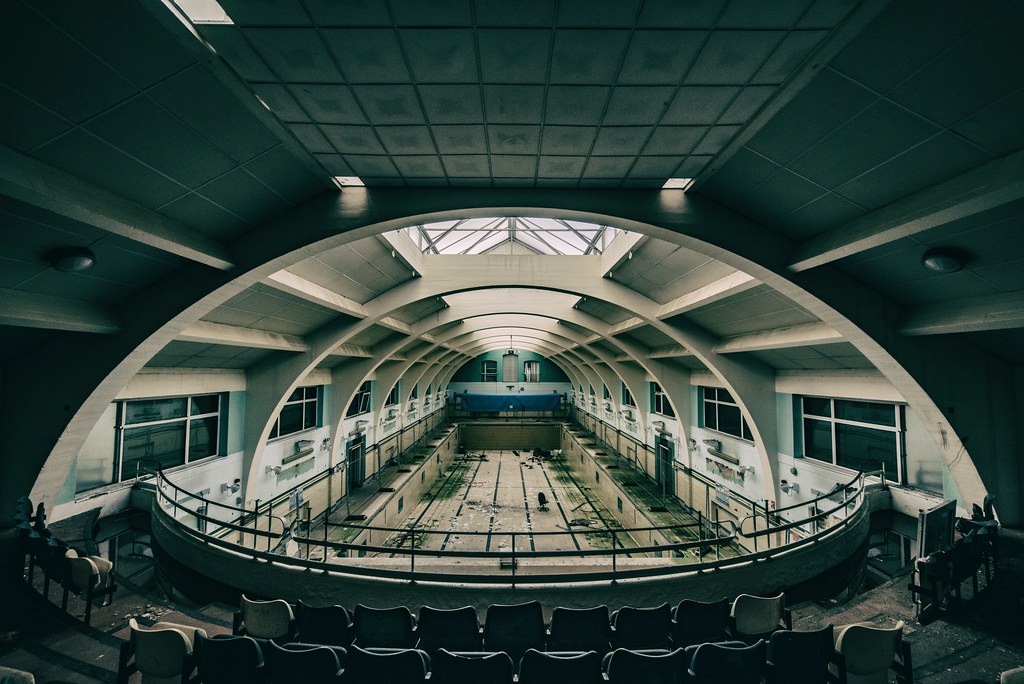 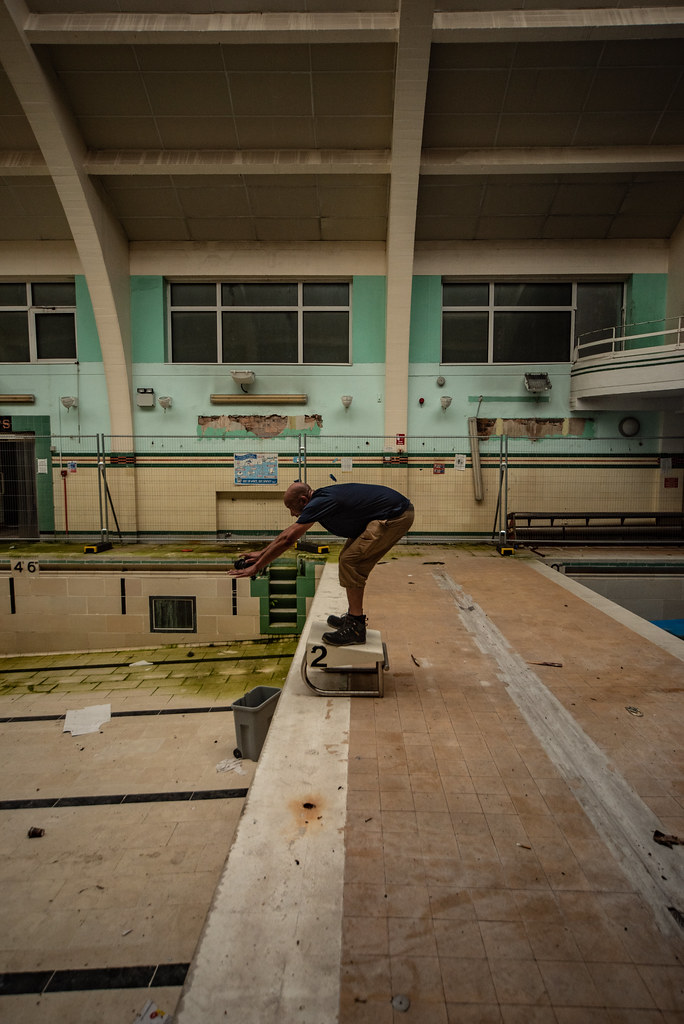 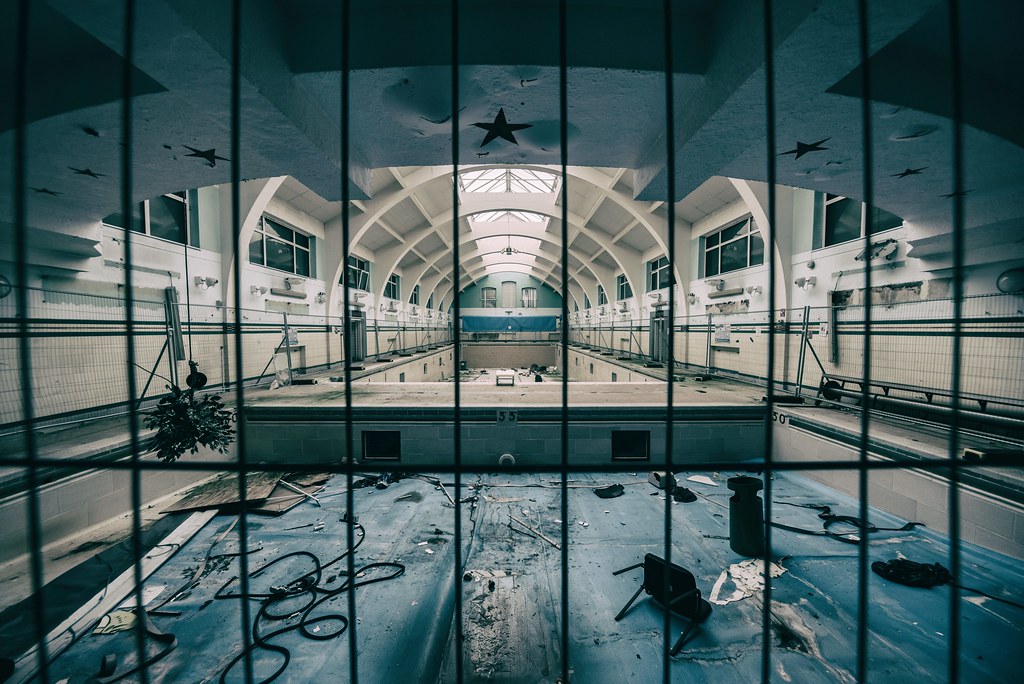 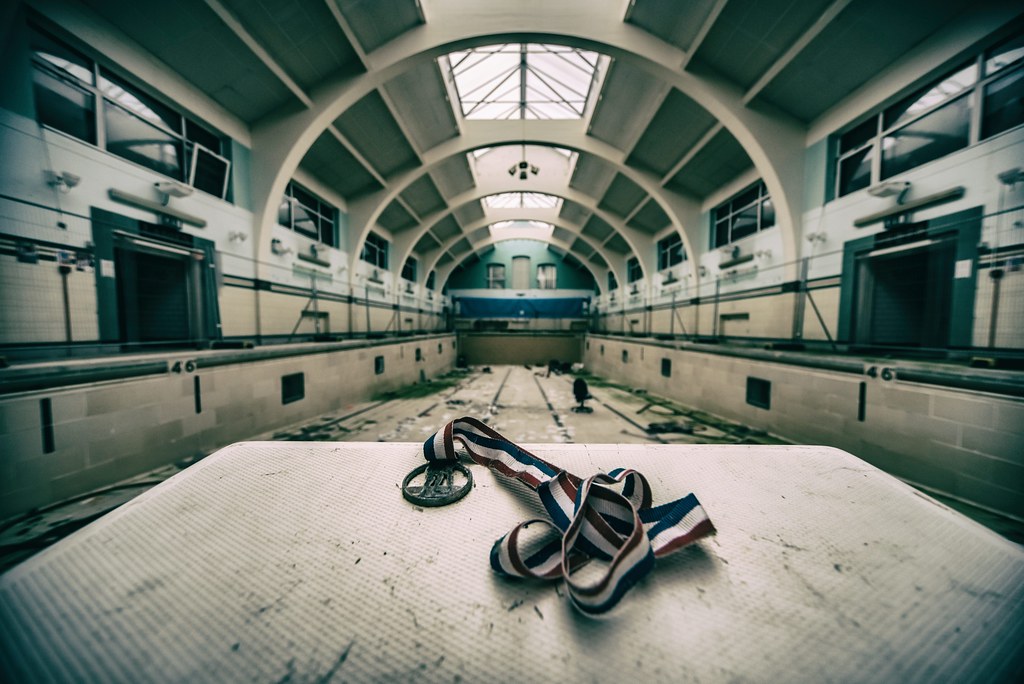 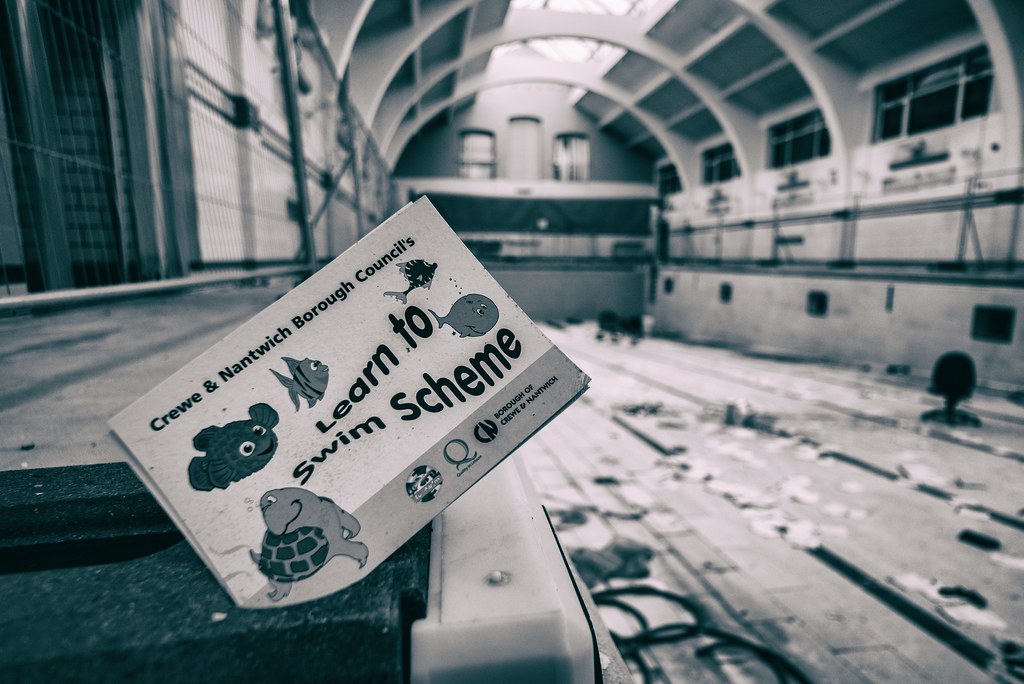 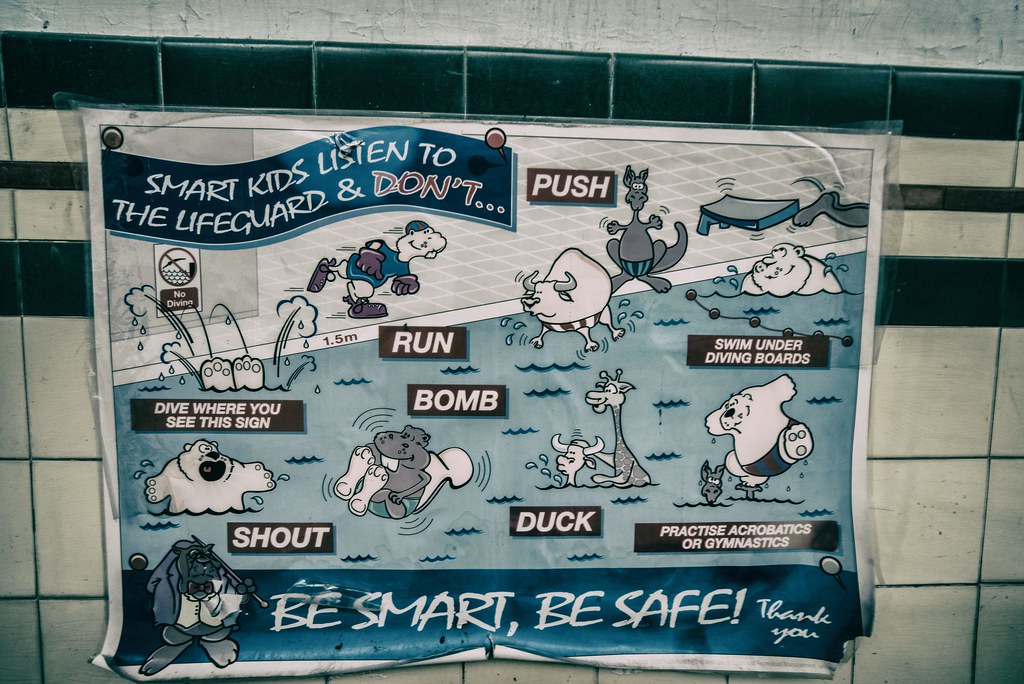 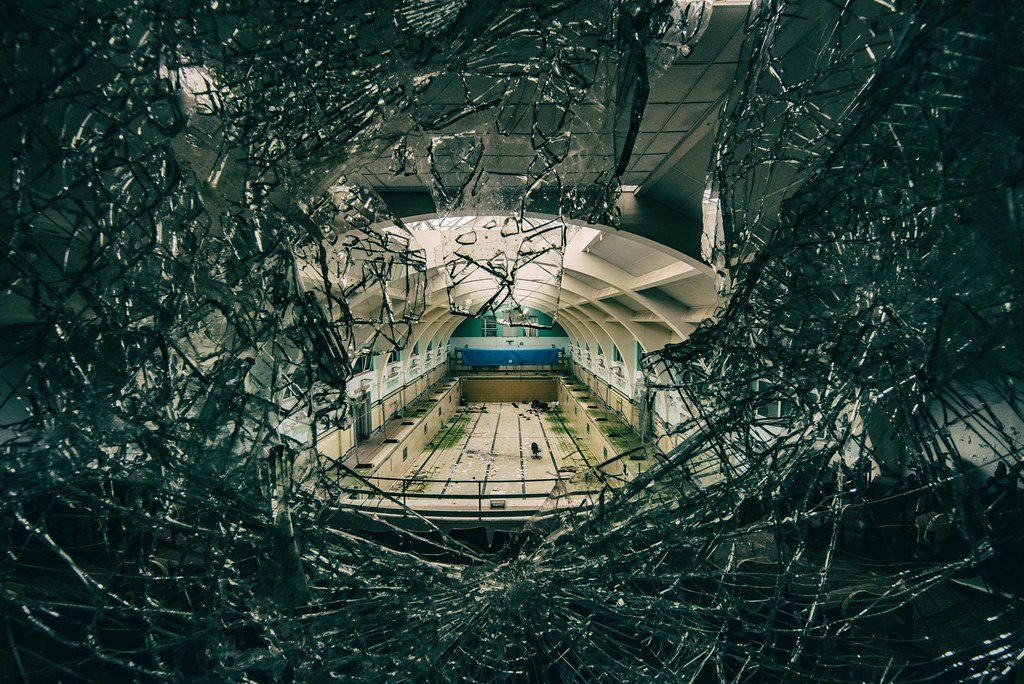 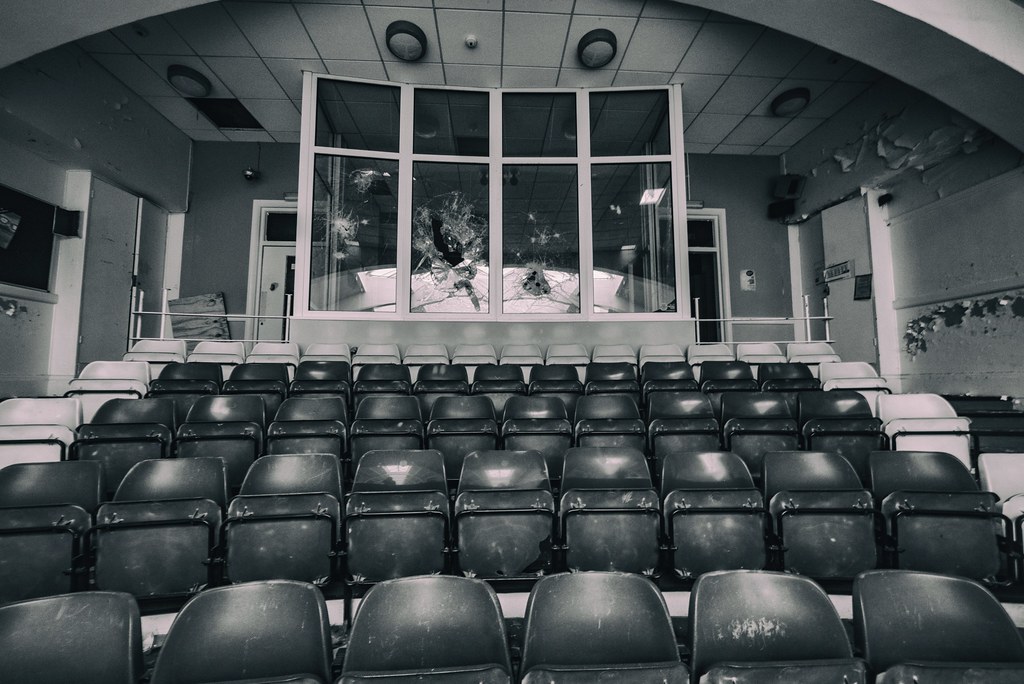 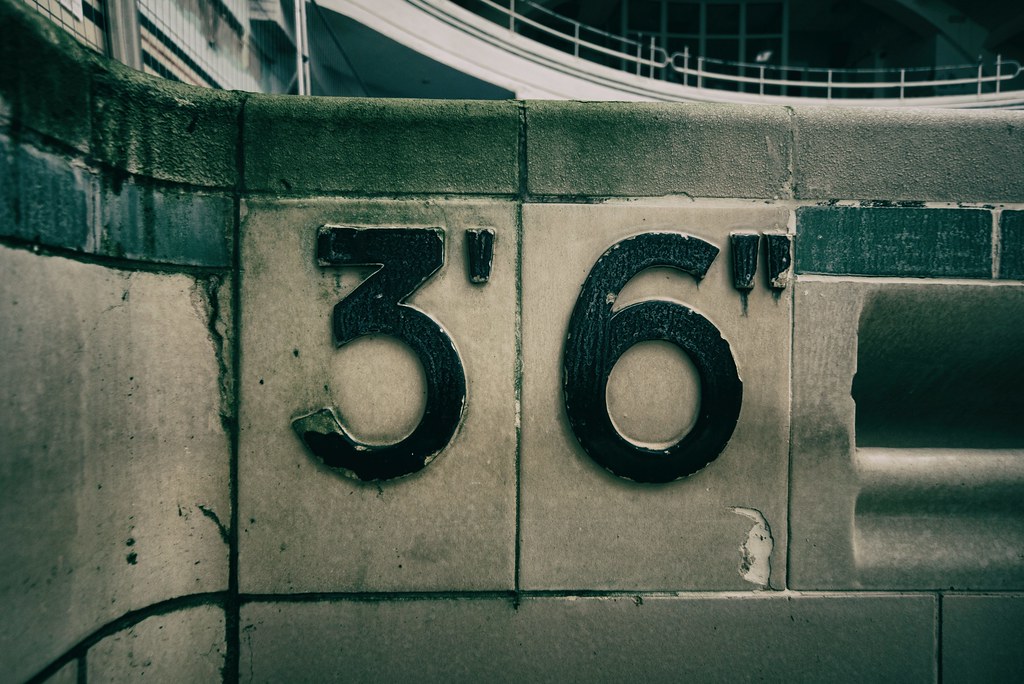 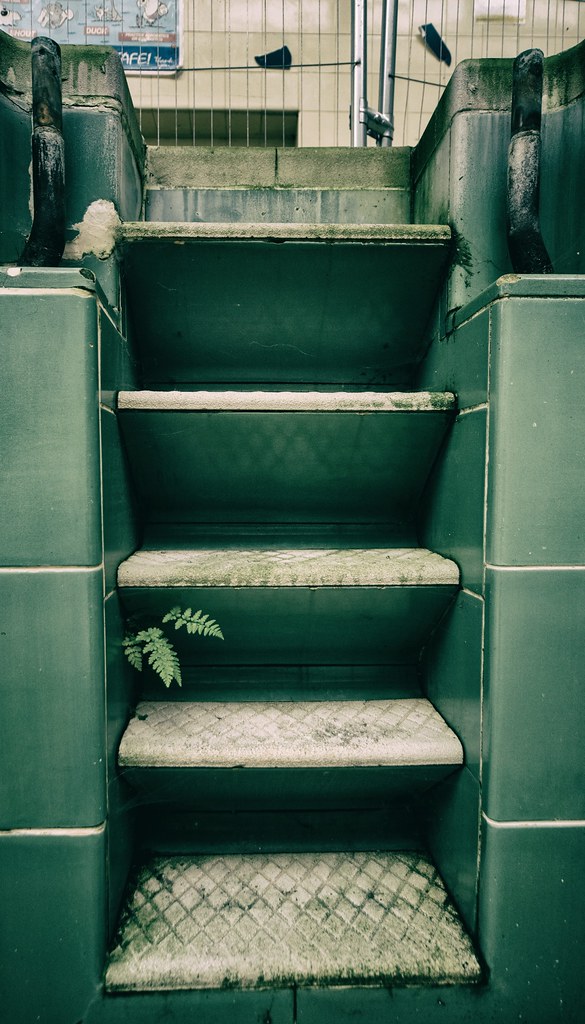 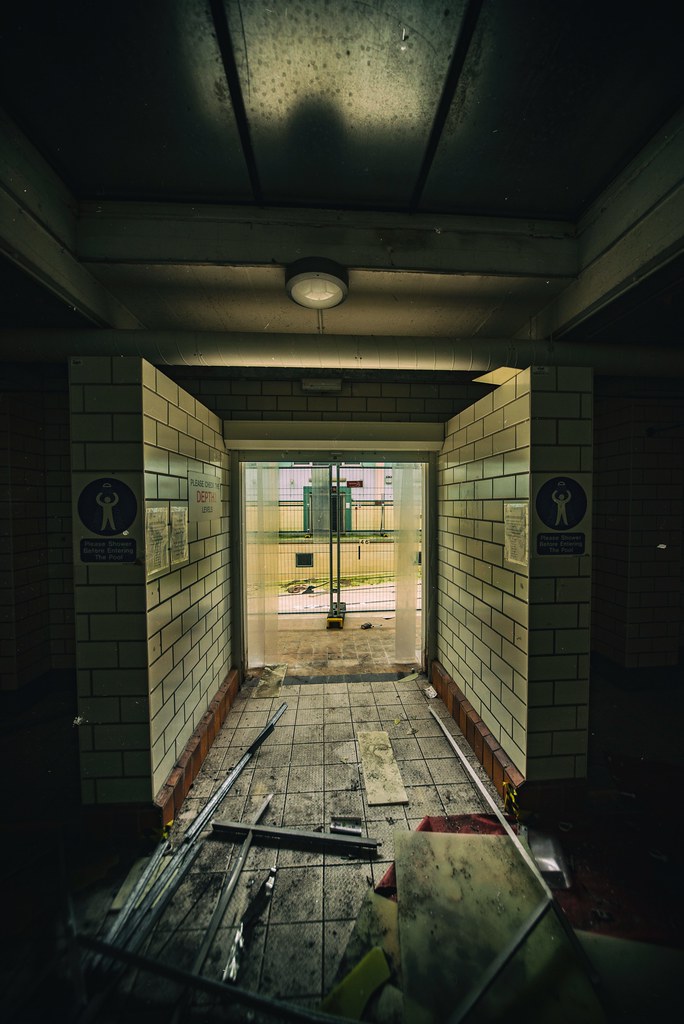 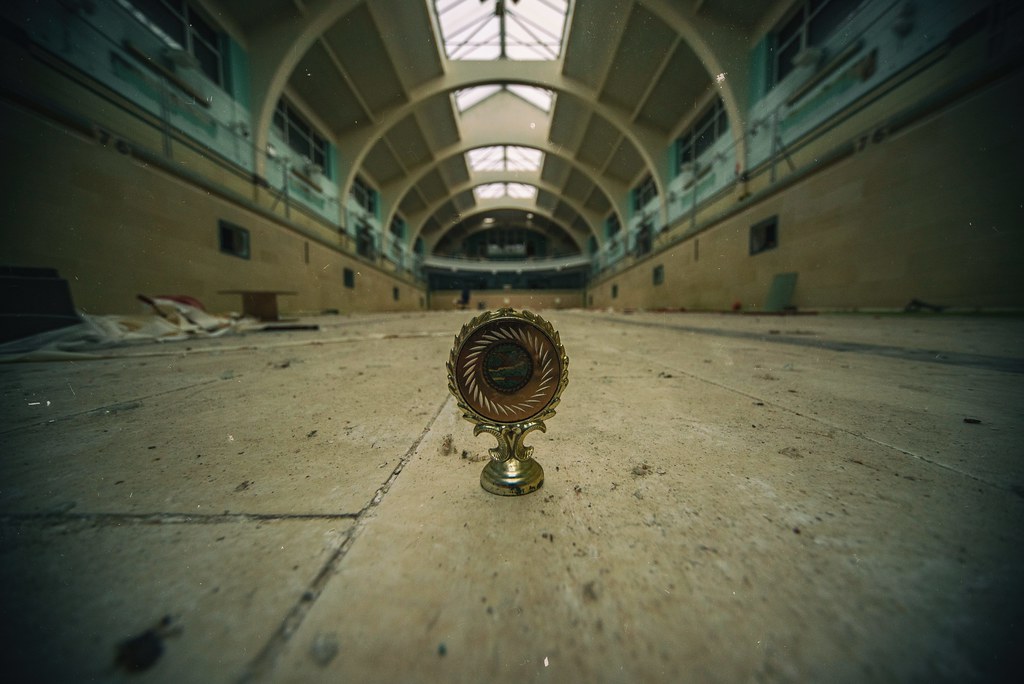 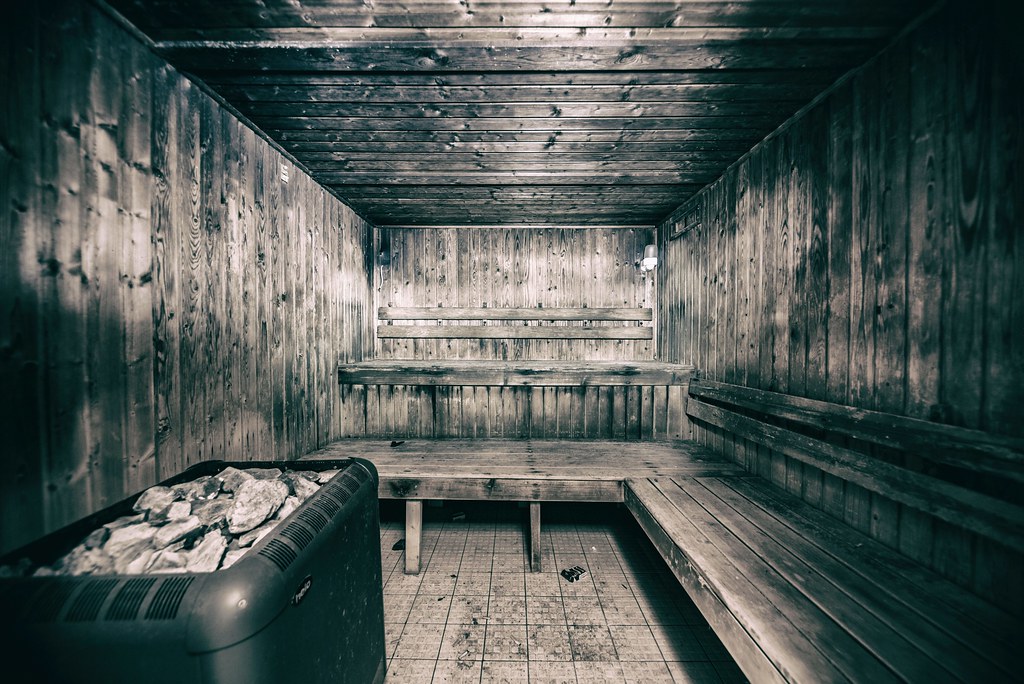 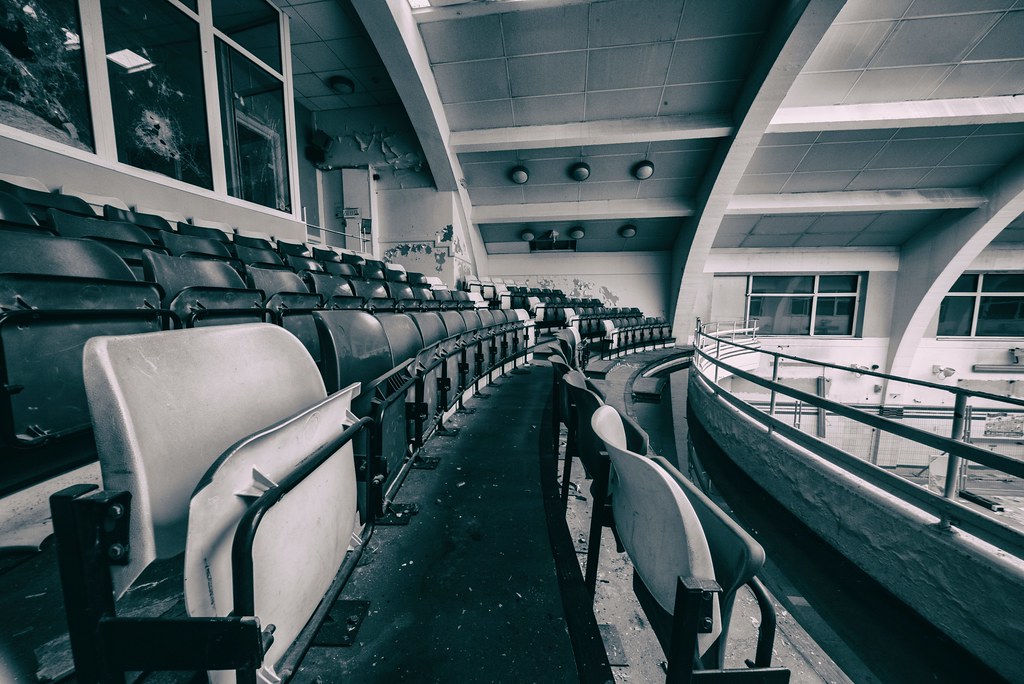 This was a most excellent afternoon with the most pleasant company and although looking a bit worse for wear im gonna go 7.5/10 for this little place.

Many thanks for looking.

(no budgies were harmed in the making of this report)​

That first shot is cracking, nice one.
W

I like the through broken glass image.
Nice set of pics that.
W

agreed u have captured that really well, nicely done

Cool set of pics there Tbolt

There's something about derelict swimming pools really I like, they can be a little awkward to redevelop, but with a some passion and thought, which is often bypassed for profit, these little spaces can be saved.
W

Thanks chuck.
Your help was much appreciated x

Some cracking photos there.
W

Really top-notch set of photos there sir. Never done a pool before.
W

Thanks dmc68 it was one of those places where it was easy to take pics for me .
W

Thank you kind sir.
Now is your chance it would seem I think you'd like this place.

Another great set as always mate. And a nice witty write up

Top pics there mate. Good to see you still out and about.
W

Mikeymutt said:
Another great set as always mate. And a nice witty write up
Click to expand...

Thanks Mikey you are too kind sir
W

Lavino said:
Top pics there mate. Good to see you still out and about.
Click to expand...

Ey up Lavino.
Cheers mate and nice to see you are still about too mate