Nothing really much to this but it's still nice. We had attempted this a few months earlier whilst that way, but as we pulled up the rain, sleet and wind was just far too horrific to even get out the car. So a few months later we were near again so gave it a look. Sitting in a firing range which I am not sure is still active (was no flags up). We took the trek up to it, it was a nicer day but bring fairly high it was still horrifically windy. It was still nice to visit it though as apparently their are not many of these about now. This place has had a few visits to it now.
During world war two the Canadian government developed this tank knowing that they were going to be drawn into the war. They knew the British would have a shortage of tanks and the spare American ones would go to Britain first. The ram was apparently was actually quite a good tank but the American M4 basically saw it relegated as a training tank and never saw active service. It was built in an M3 chassis and several variants were built. It became known as Canada's most successful failure.

The tank how it looked on parade. Courtesy of Google.

Heading up past an old training building.

Sad end for such a beautiful tank. I doubt there are many of the Sherman Ram Tanks around. It was never used in Combat and from the look that used in Target practice. Anyone recognise that guy on the left. 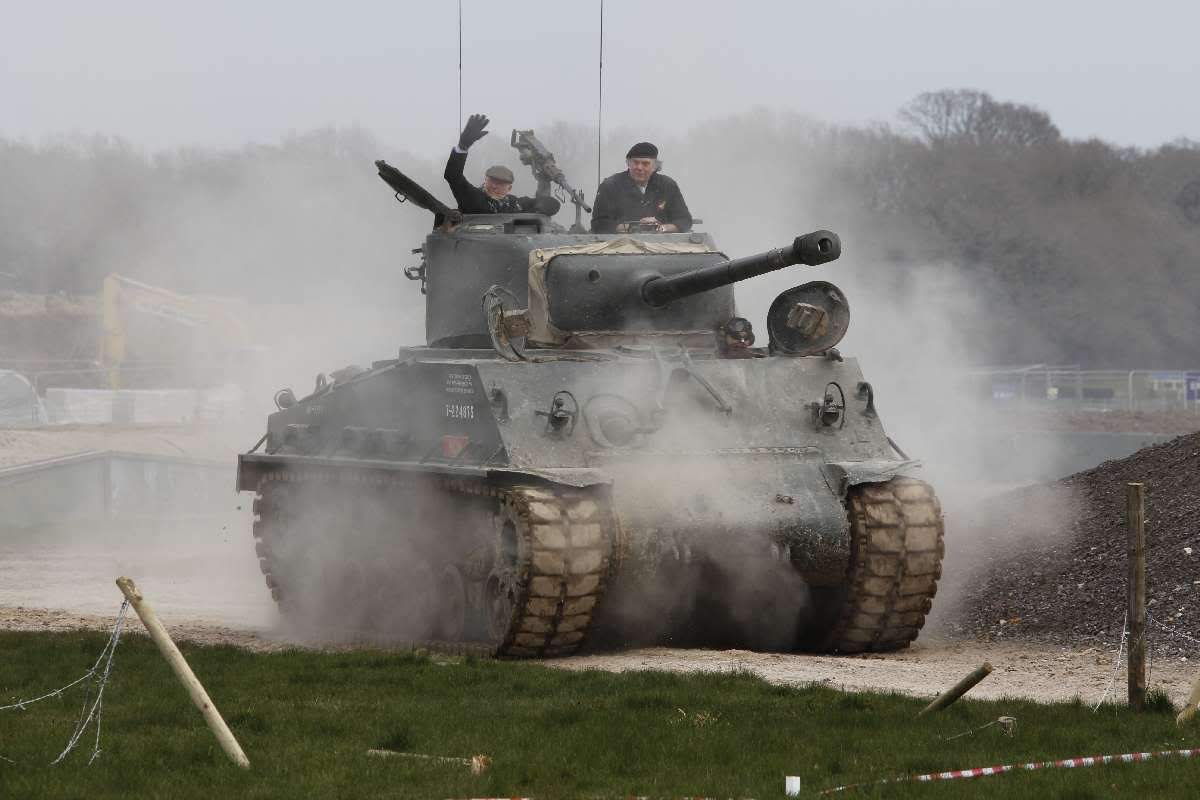 night crawler said:
Sad end for such a beautiful tank. I doubt there are many of the Sherman Ram Tanks around. It was never used in Combat and from the look that used in Target practice. Anyone recognise that guy on the left.View attachment 515254
Click to expand...

In the 1950s-1960s the 'demolition pits' at Longmoor Camp, near Liss and Liphook in Hampshire, had a couple of Sherman tanks 'to practice on'. And in the 1958 film Nor the Moon by Night - recently on Talking Pictures TV - a Series One Land Rover was set on fire as part of the plot.
N

The ranges are still active and firing times can be found at Leek and Upper Hulme firing times November 2021 - GOV.UK (www.gov.uk) and a public access leaflet can be downloaded at DTE West Midlands Public Information Leaflet (publishing.service.gov.uk). The Staffies might also be a bit upset as you have moved the county boundary, Derbyshire is a few miles up the road but dont let that upset a good story.

That's a bit different that one. Tanks for posting it...
H

Just gunner say, you're on the right track!

HughieD said:
That's a bit different that one. Tanks for posting it...
Click to expand...

2 goldfish in a tank, one said to the other "You do the driving Bob, I'll man the gun"