In 1974, the hospital came to public attention with the publication of the book Tongue Tied by Joseph ('Joey') John Deacon who had been a patient at the hospital since the age of eight in 1928. This was followed by the TV documentary Silent Minority in which the hospital featured in an unfavourable light. 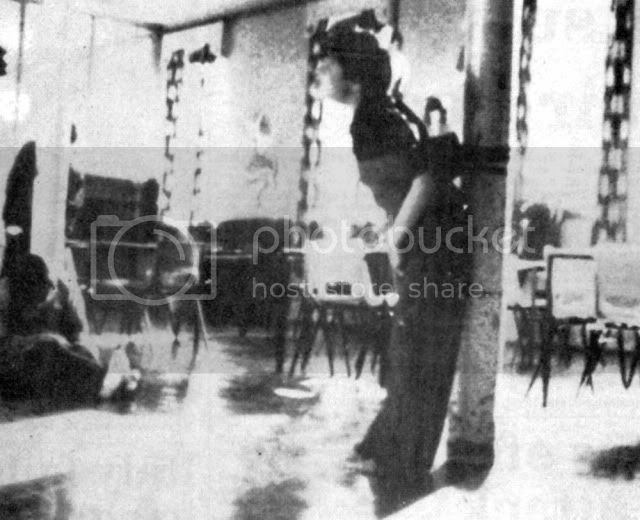 The documentary brought out strong feelings at the time given the content which in one scene shows a child tied to a pole in a ward. 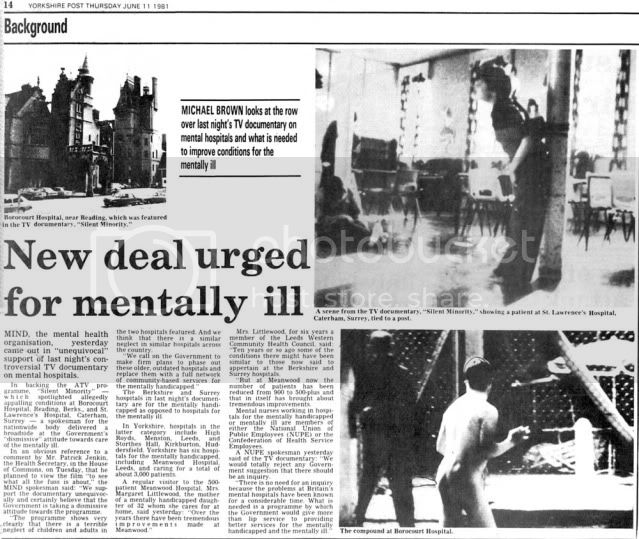 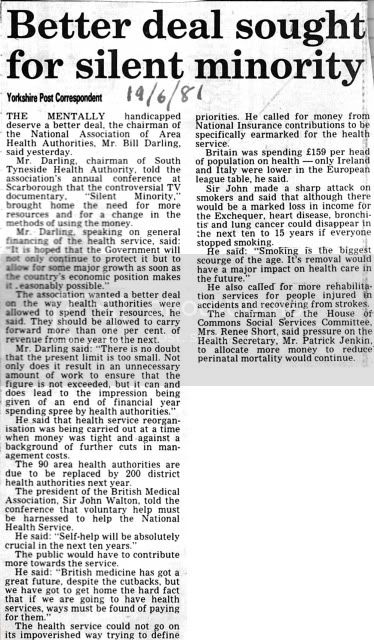 Ahh, Borocourt, my bedroom is made from the reclaimed bricks. I only ever went up there a couple of times with the parents, walking the dog as the site's up the road. Wish it was still there, I didn't appreciate it as much as I wouldve now.

The place was for the mentally and physical disabled, some had been there since kids others were dangerious. My wife used to work as a dental hygienist and treated them. I have no doubt my father has been there as well being that he worked at Fairmile. I have seen what mental patents were like at Fairmile so have no intention of watching the clips. It's in the long and distant past.
B

Thanks so much for posting this mate. Just watched the first 3 parts. Bloody shocking beyond words. I had a relative who spent about 12 years in St. Georges at Morpeth and they were always treated well up there. I was an outpatient there as well and it was a good hospital, the staff were real good. Its criminal how these folks were treated.

Very insightful video. The problem doesn't seem to have been the asylums themselves, but the lack of funding for adequate numbers of staff, proper levels of care, and activities for the patients.

Cuban B. said:
Very insightful video. The problem doesn't seem to have been the asylums themselves, but the lack of funding for adequate numbers of staff, proper levels of care, and activities for the patients.
Click to expand...

Spot-on there Cuban B -without delving too much into Politics, this is one reason why I will never vote Conservative. Just a shame that some people have short memories when it comes to how the Tories cut back and back until there was little left other than the bare bones Whatever faults Labour have, I don't believe that they'd ever do such widescale cutbacks as the Tories did back in the 80's & 90's (just my humble opinion of course!)

SilverStealth -thanks and well done for sharing this Film. I believe that it is sometimes important to be reminded of the past, purely to realise how far things have changed, not always for the better, but certainly the current standard of care surely must be generally better than back then.

The Staff must have been in an incredibly difficult situation -as for those poor Patients -can't even begin to say.....

What an amazing improvement when the Spastic Society opened the first NCH though.

I'm in no doubt that not all Mental Hospitals were as bad as the ones shown in the Film, but all the same, I shall never see Mental Hospitals in quite the same light again.
You must log in or register to reply here.