The Grotto House/Basildon Grotto/ILAM House was built in 1720 by Viscount Fane of Basildon Park for his wife Lady Mary Fane who was a Maid of Honour for Queen Anne. After the Basildon estate was sold to the Sykes family in 1771, the original Basildon Park manor house was torn down and The Grotto House was substantially altered and expanded in size - although this involved the dismantling and removal of the original shell grotto that gave the house it's name.

It remained a family home until 1953 when the last occupiers sold it to the Institute of Park & Recreation Administration (later known as ILAM - Institute of Leisure Amenity Management) who used it as their head offices and training college. It stayed in use until around 2007 when ILAM left the premises and it was sold to a new owner, James Hull, who purchased the estate in 2008, with the intention to return the property into a home, which proved nonviable, and so the property has since sat vacant and was in a “poor state of repair”. The site is owned as a joint venture between Hull and SUSD.

In April 2019 the site was granted planning permission to become a £32 million luxury country hotel and members’ club.
The building will be developed by SUSD who run the Devonshire hotel and private members club in the City of London!

A relatively relaxed mooch, at least until my girlfriend decided she wanted to fall through one of the upstairs floors and promptly fractured her finger and turned her entire left side of her body black and blue with bruises... A word of caution, if you plan on exploring this place, do so VERY carefully. The floors upstairs make look solid, even feel solid, but please be vigilant. My girlfriend and I would like to hope we have SOME common sense, and yet the house still caught us by surprise. I'd walked over an area of upstairs flooring which seemed perfectly fine, and she followed in my footsteps, only for the floor to give way under her non-weight bearing foot. Fortunately as she hit the floor, nothing more gave way and she didn't fall to the lower floor; it could have been a lot worse!

The inside of this place, given the common knowledge of its whereabouts and the age of it, is ruined, as you'd expect, but there's some lovely original features and the outside is still stunning, as is the location. 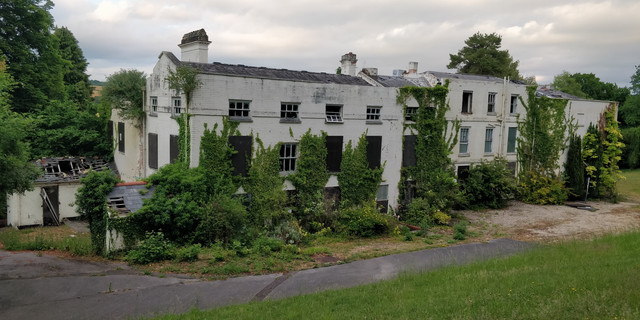 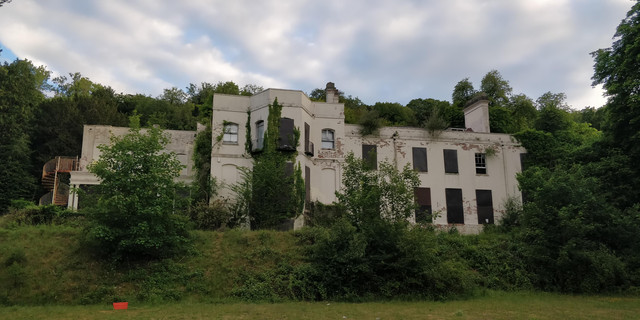 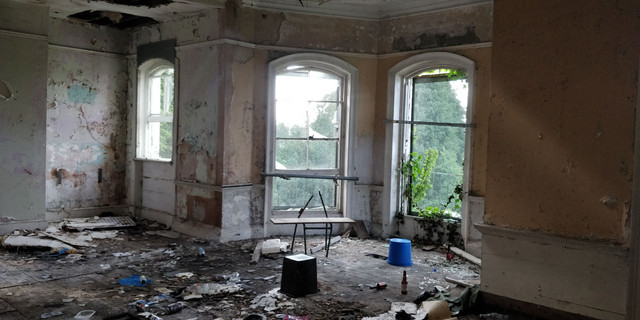 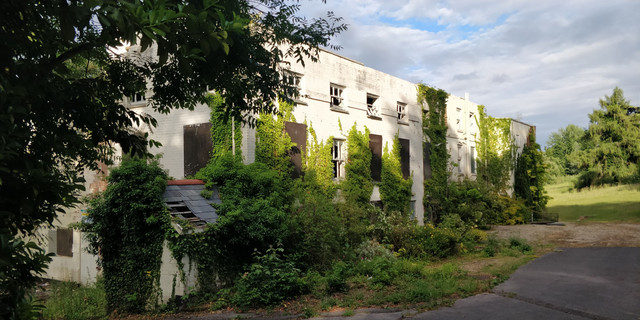 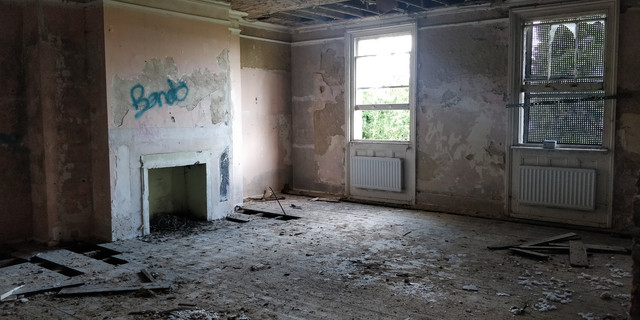 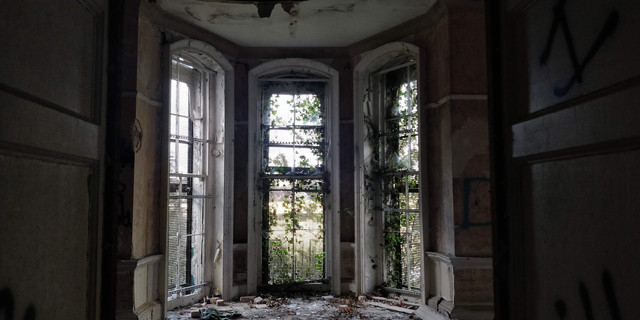 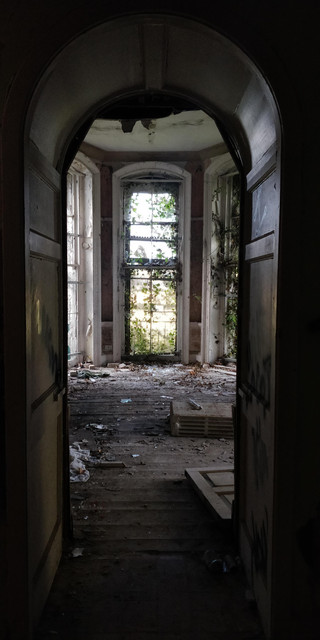 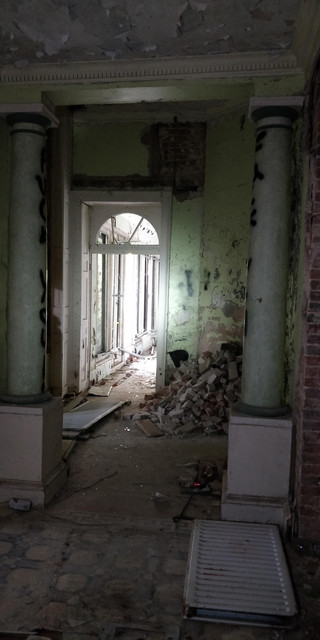 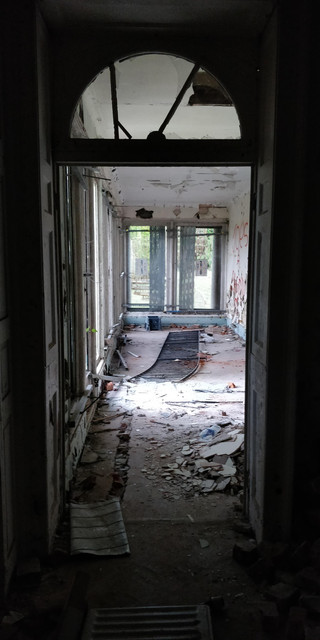 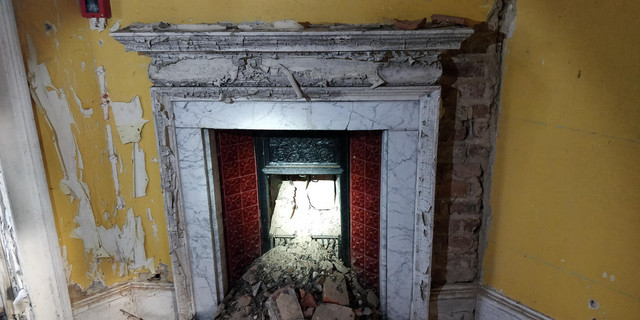 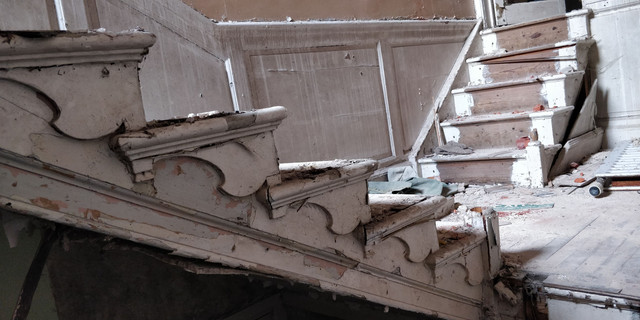 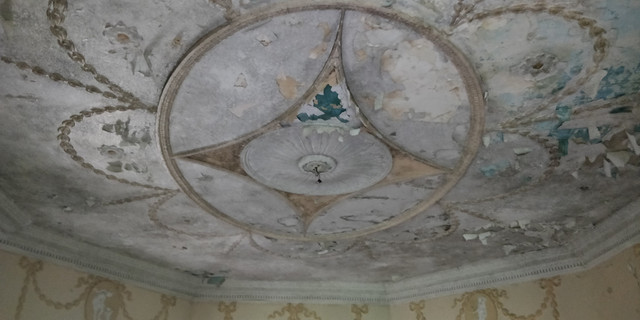 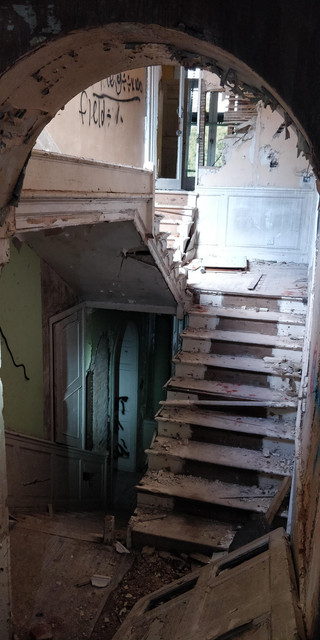 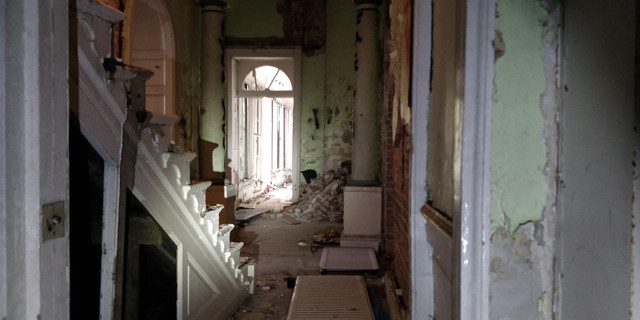 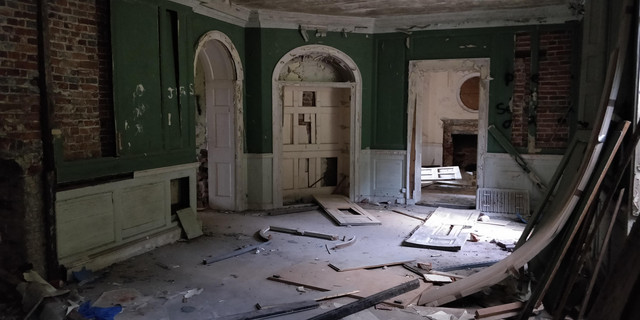 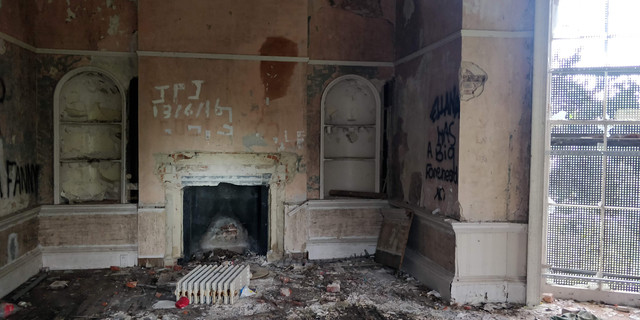 Best wishes all...
You must log in or register to reply here.