The Victoria Tunnel took coal from the Spital Tongues colliery to the Tyne .built 1839 1842 . It was unused as a wagonway 1860 when colliery closed. I heard that people used the tunnel as a way to get around Newcastle. in world WW2 £37grand was spent making it into a air raid shelter for nine thousand people.

Up to a old Entrance. 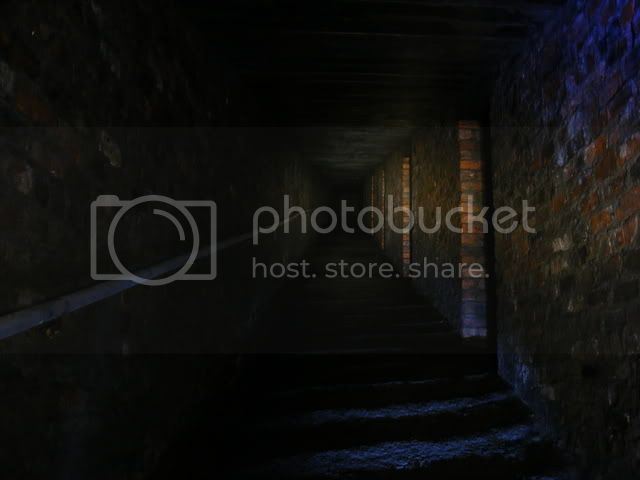 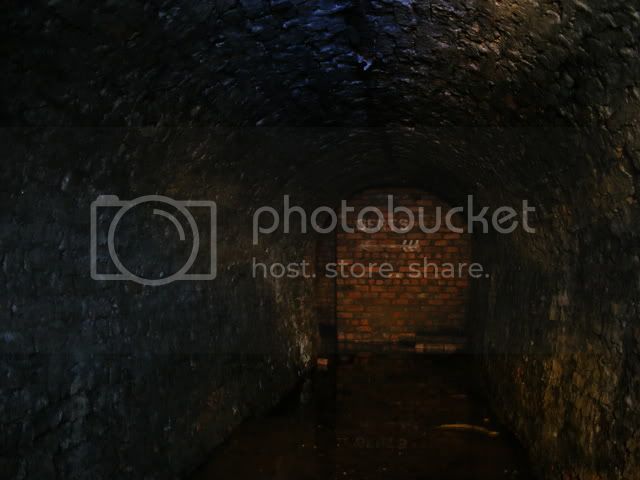 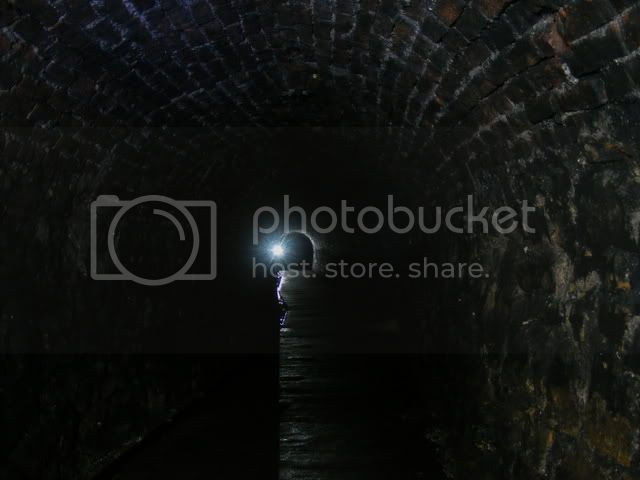 Only bit of seating left in the tunnel. 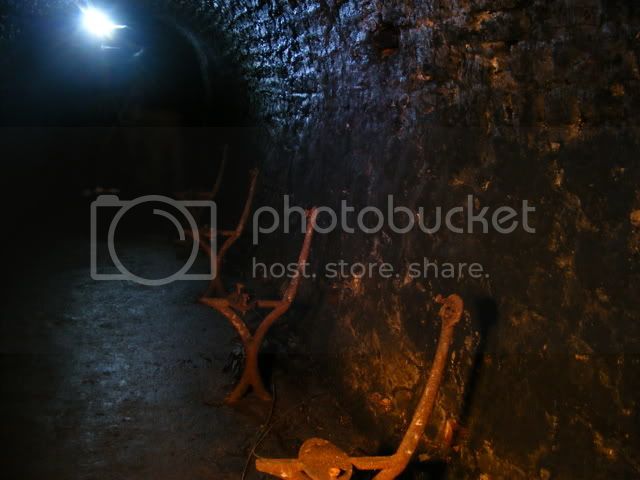 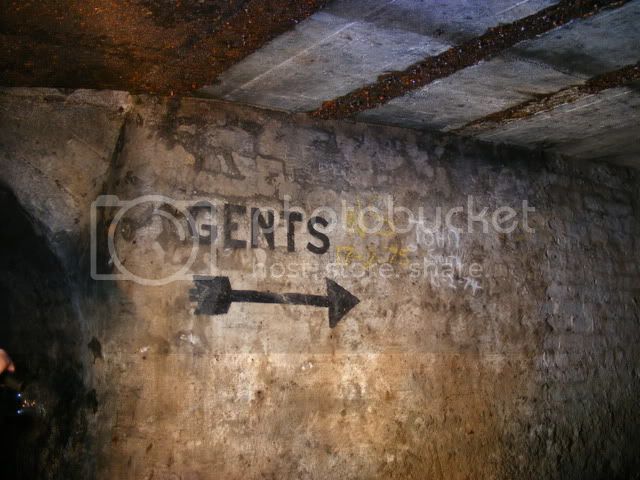 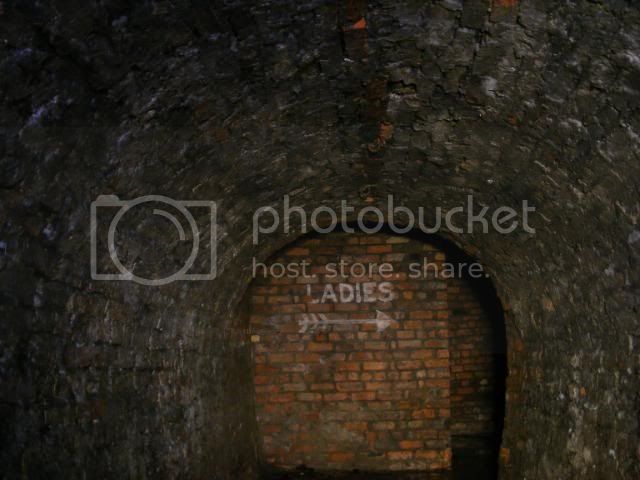 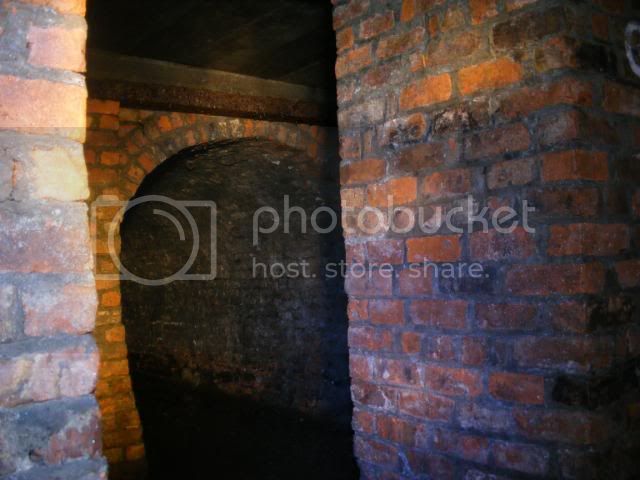 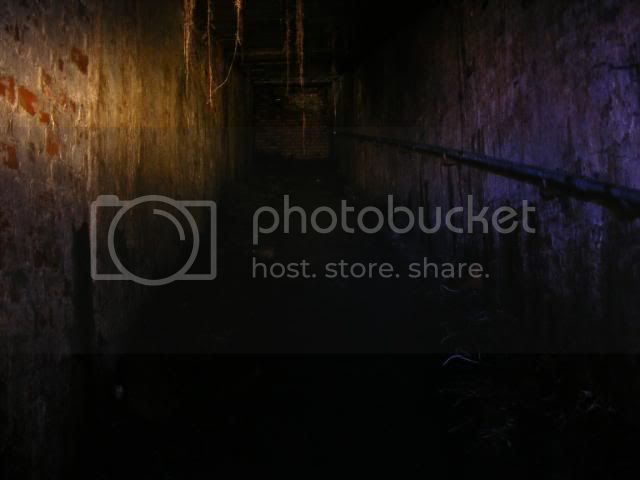 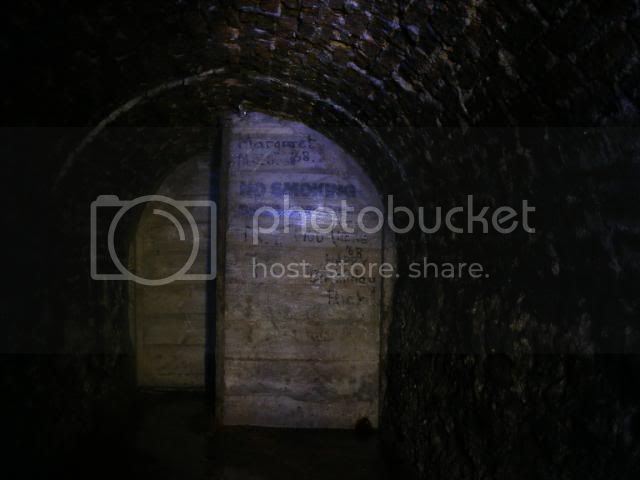 Wow -now this looks like a new one. Well done to ya. Thanks for the info too Nice to see the old signage too.

What an amazing place, how long are the tunnels?

Very nice, didn't realise this was here either. Love seeing the remains of the seat, and the old signs as well. Are there anymore parts to the tunnel that you've seen? And does it go all the way from one side of the river to the other? Excellent find.

Thanks for comments guys. A friend of mine who is into ue has a map, found the entrance and kindly invited me. This section is the only part of tunnel i have seen and runs about 3/4 to 1 mile then it's blocked, as a 800m section of tunnel was turned into a sewer.The whole tunnel is 2.4 kilometres in length with a maximum depth of 26 metres and drops approximately 67.5 metres from top to bottom. My friend has been in other part which can't be explored now, it's to be a tourist attraction and council are working on it, making it safe for public. It runs down to river tyne, not under it, boats on tyne then took coal away.
a map of entrances during ww2

Thanks for those maps -really is a bit of a beastie then!
Nice to hear that the Council are going to open it up to the public
Thanks again matey.

This reminds me of Stockport's air raid shelter tunnels, which is dug into sandstone.

Parts of it are open to the public as, & a few years ago I went on a guided tour. It was very interesting, though I found the air very cold & still (all filtered though the sandstone) & without a guide it would be easy to get lost in there as all the tunnels look the same.

Originally the tunnels were supposed to form an underground car park, but they are much too narrow.

I can't remember if there were plans to use them as a fall-out shelter, but a youth leader I knew once told me when they were young they & some friends sneaked inside. This was in the 1960s so I'm guessing they were abandoned by that point.

There were some in another part of Stockport, also dug into sandstone, but have either been bricked up or had the M63 (now M60) dug through them.

Oooh, liking those tunnels...excellent find. The remaining seat struts are rather neat! Thanks for all the info.

RD, the Stockport tunnels sound very interesting. Do you have any pics at all? Thanks for the info too.