1. The History
North-west Wales has a long history for copper mining that dates right back to Bronze Age times. With the Industrial Revolution fuelling the demand for copper and many small copper mines cropped up in the area.

One of these such mines, Cwm Ciprwth, is located on a high plateau above Cwm Pennant close by to Garnedd Goch (700m) which makes up the Nantlle Ridge. The site’s most striking feature is the 1850s waterwheel made by Dingey and Sons from Truro. Measuring 11 metres by one metre, and most likely brought up to this remote location in kit-form, it was powered via a leat using stream water, pumping water out of the mine. Ore was mined via two vertical shafts near to the waterwheel and a small adit measuring 1.2m in diameter, leading into the hillside just above the pumping mill.

In terms of the waterwheel’s operation, it drove both drove a pump (via three flat rods) and a winding drum. The pump sucked up the water in the drainage shaft and fed it into a channel that flowed into the stream which flows through the site. A box filled with rubble acted as a counterweight at the other end of the pumping mechanism. The winding drum operated by a large gear wheel which drove a winding mechanism that would have been used to access the two (now flooded) vertical shafts, via a (now absent) pit head gear.

It was operated in conjunction with the nearby Gilfach copper mine, whose shafts and adits all of the mine’s ore passed through. What is striking is the lack of mining waste or scree. This tends to imply that Cwm Ciprwth was effectively a pumping and access site for the aforementioned Gilfach mine. There are two stone buildings on the site. The one consisting of three rooms may have been either a smithy, store-room or miner’s barracks. 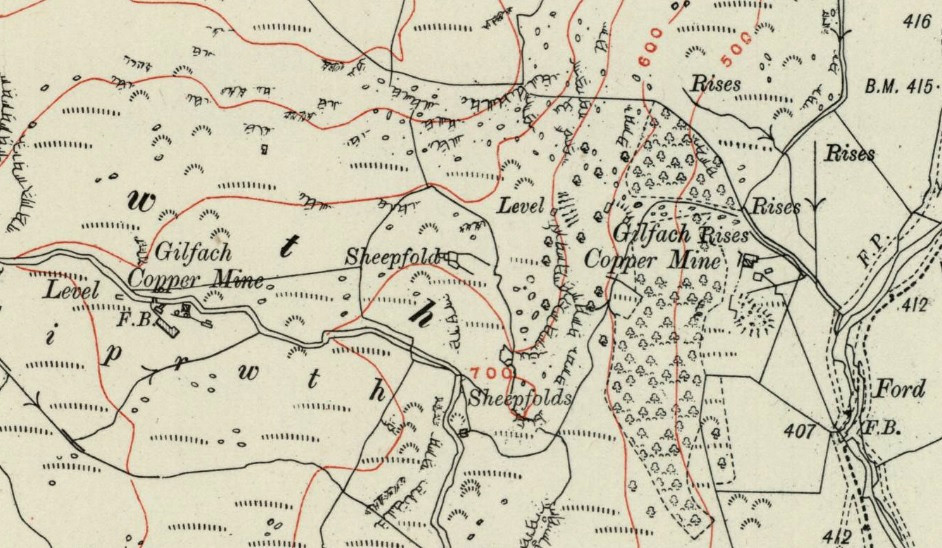 With cheap copper increasingly being imported from the US and Peru, the small-scale Welsh mines very quickly became uneconomic to operate. Hence, the lifespan of the mine was short and went into liquidation by 1894. However, the remains of the mine are remarkably intact. This is explained by two factors. First, the mine’s remote location make it hard for the scrapman to justify recycling its infrastructure. Secondly, its good state of repair is also down to restoration work undertaken Welsh Development Agency and Snowdonia National Park a number of years ago.

2. The Explore
Had this place on my radar for a while so when the kids wanted to swim in a pool in the Afon Dwyfor in the valley below the mine, it was a no-brainer to take the steep hike up the valley side to this remote and beautiful copper mine.

At the bottom I found the remains of Gilfach’s waterwheel and a pretty wet adit. Given my attire (walking boots for the steep climb), sadly I couldn’t explore the adit. At the top of the valley I came across the fenced off shaft entrance to Gilfach. I tossed a stone in and it was a long delay before I heard the distant thud of the stone reaching the shaft’s bottom.

After that it was a question of finding my way through the fern-covered path that makes its way over to the beautifully located mine remains.

A couple of shots of the Gilfach waterwheel house; 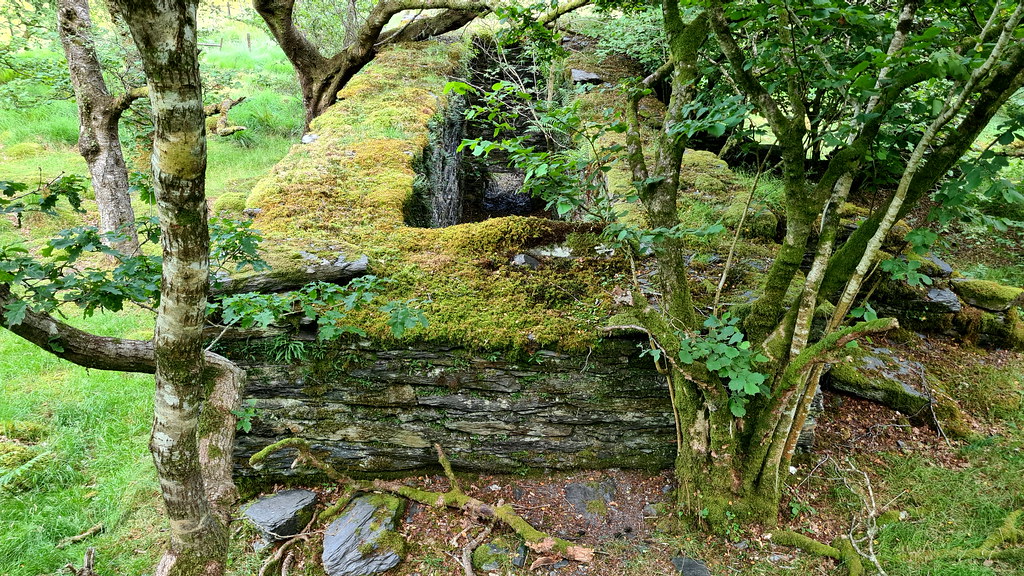 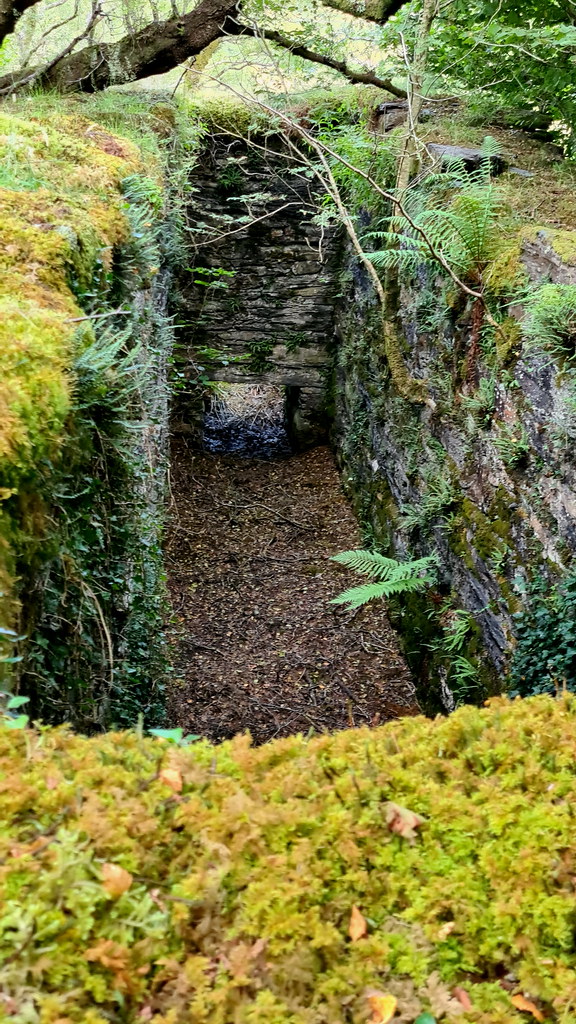 And a couple of the water-logged adit: 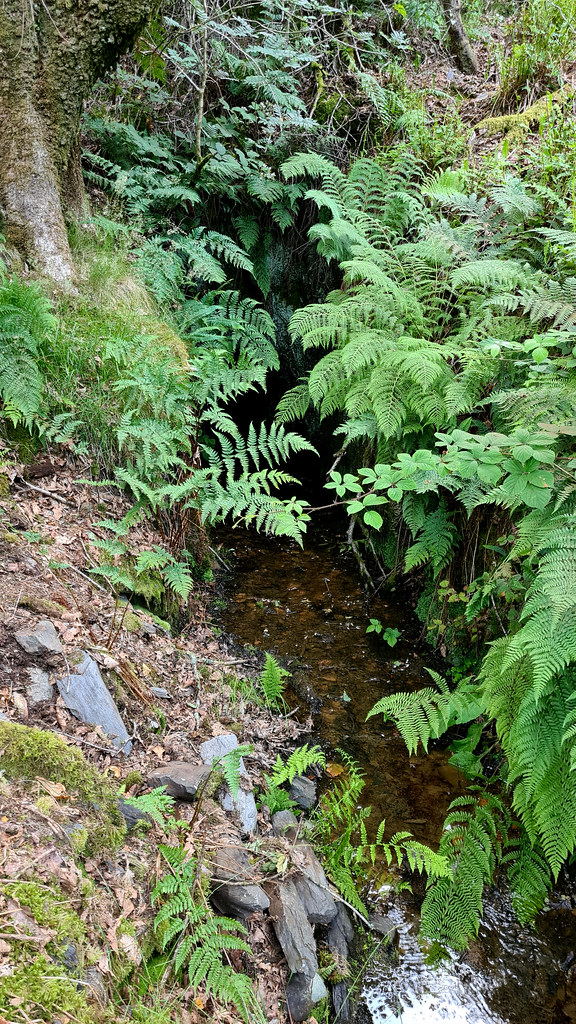 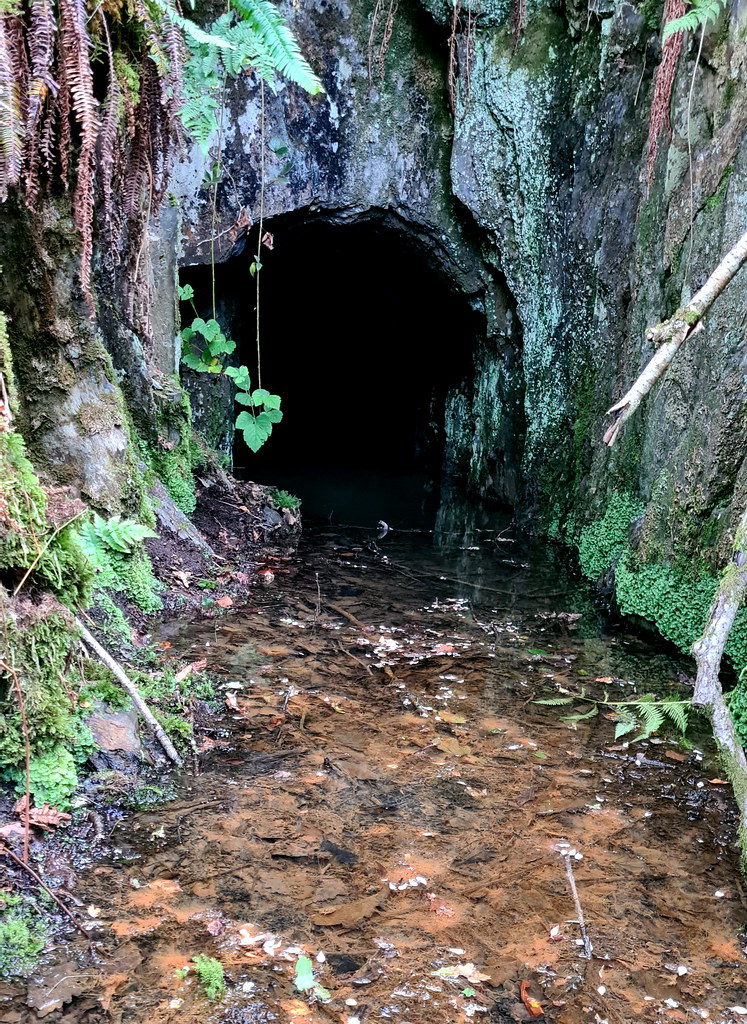 Halfway up, the remains of an old stone structure: 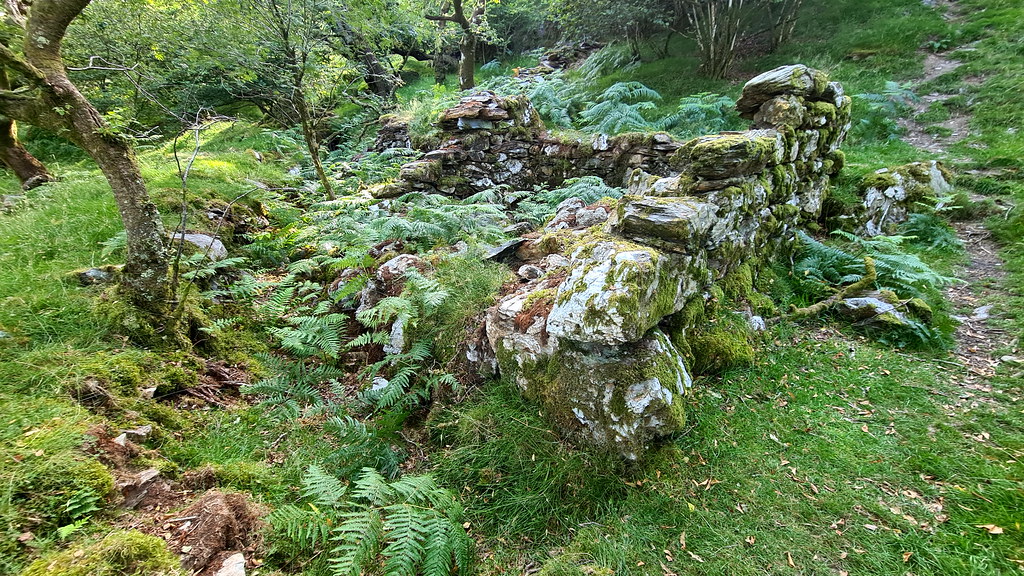 And up to the top: 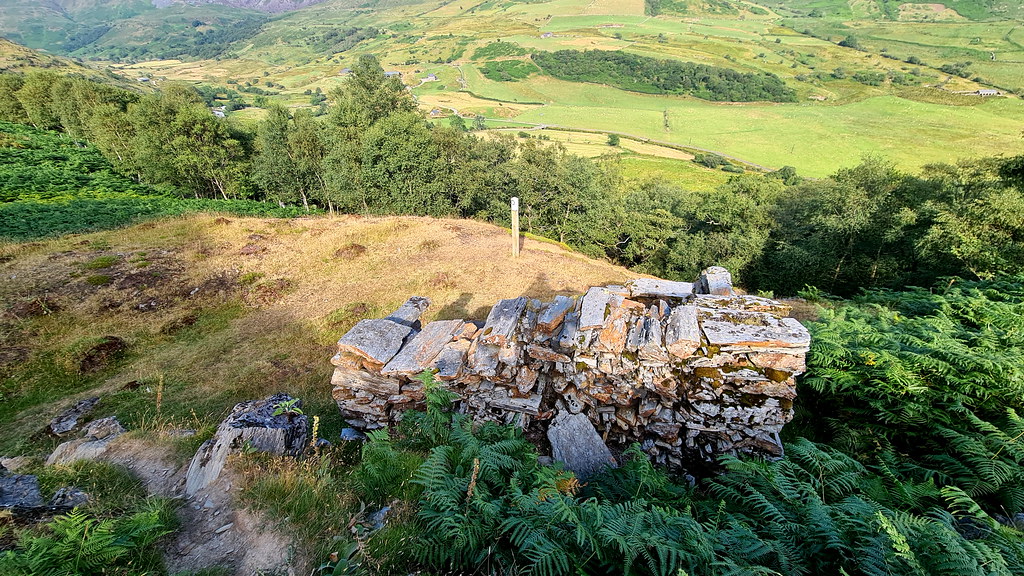 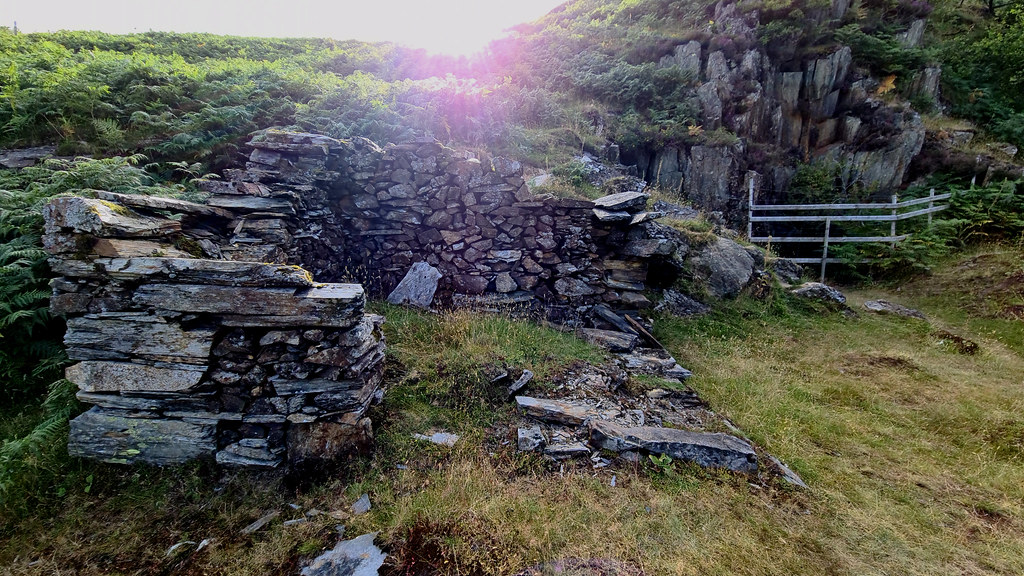 This was as close as I got to the shaft entrance! 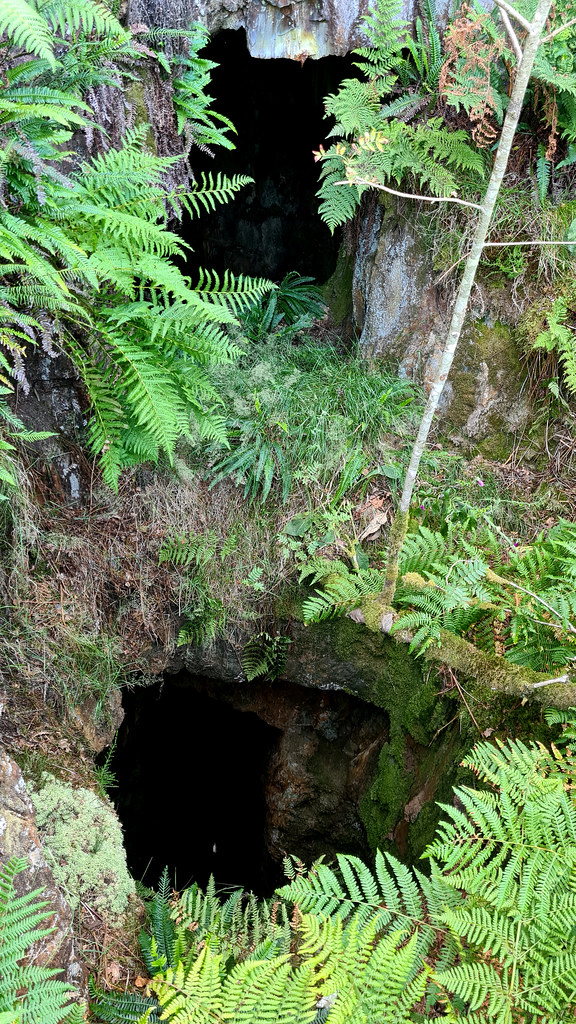 But this is what we are really after: 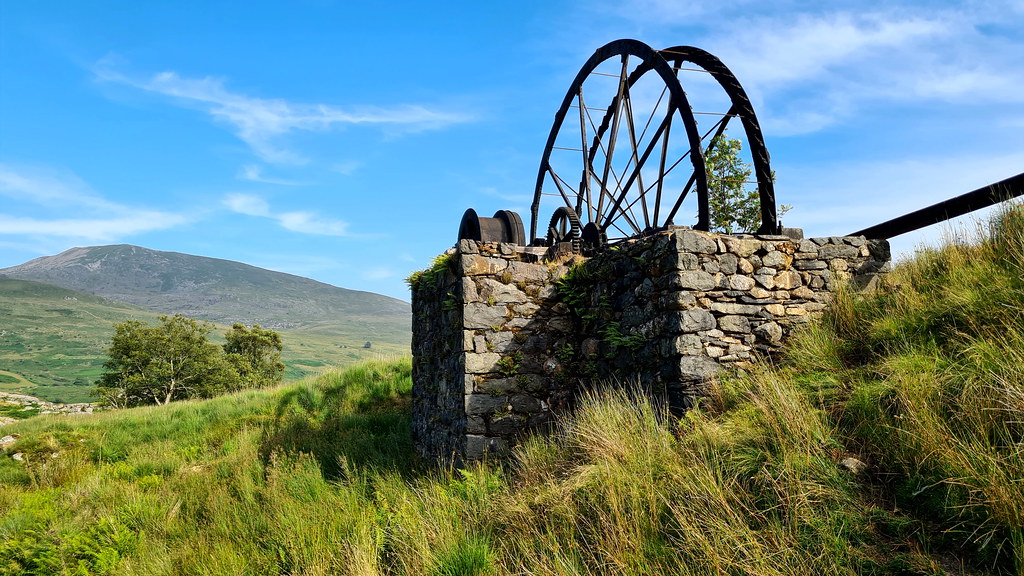 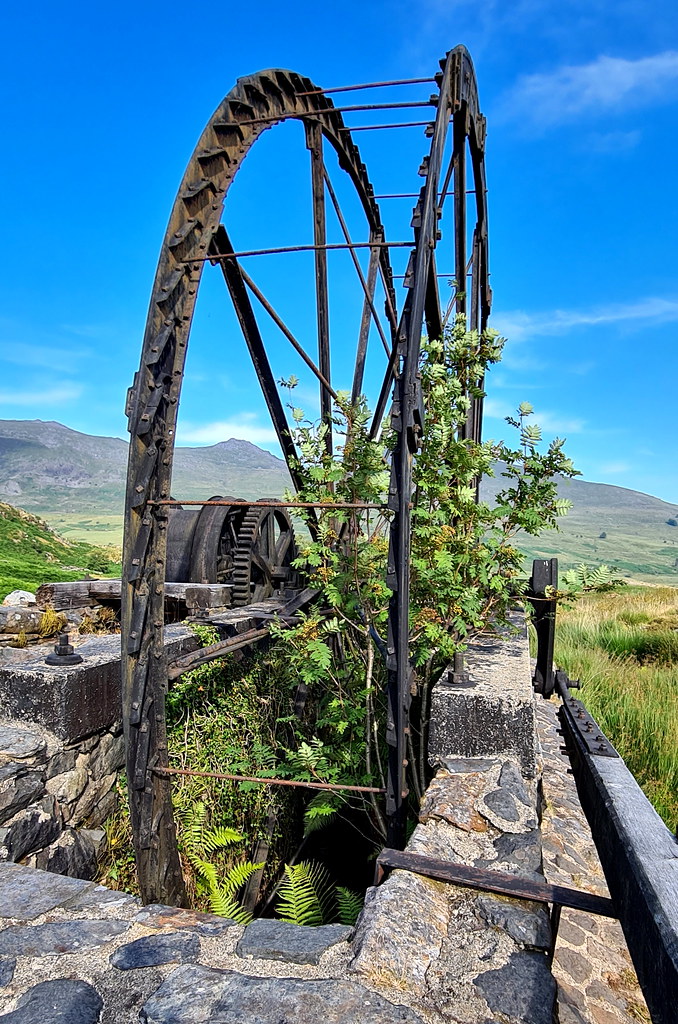 And its associated gearing/winding drum: 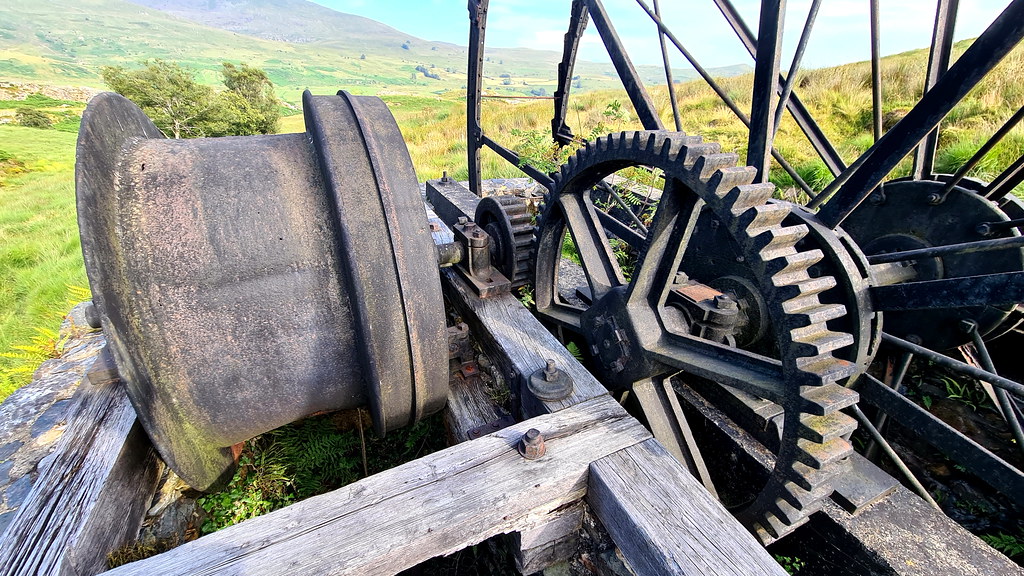 One of the two nearby flooded shafts: 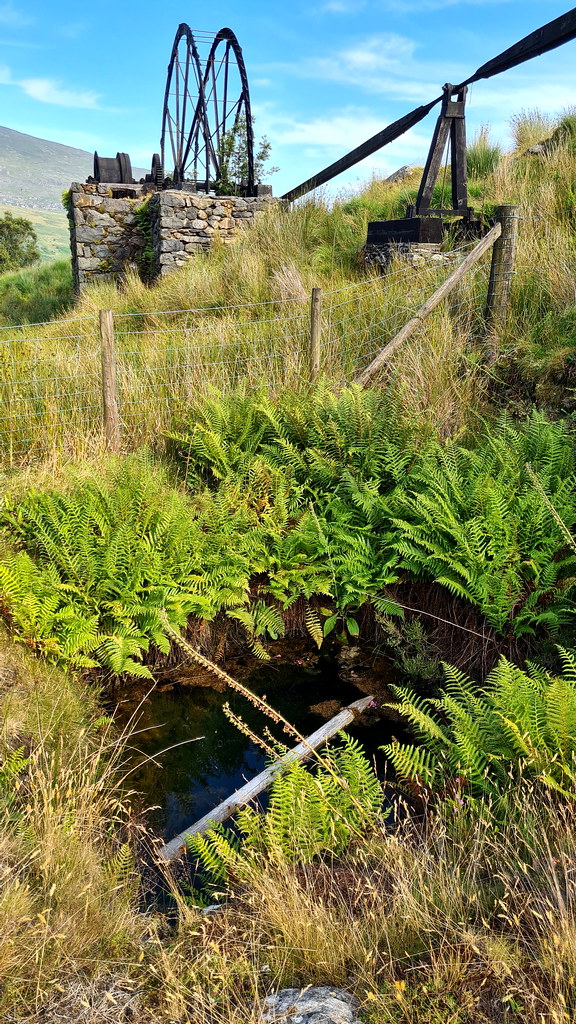 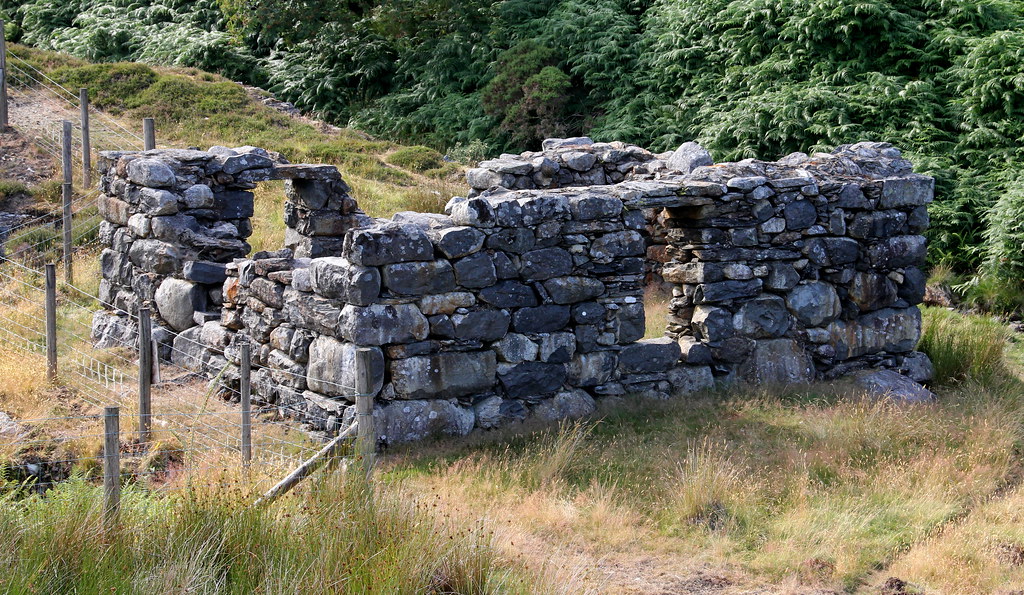 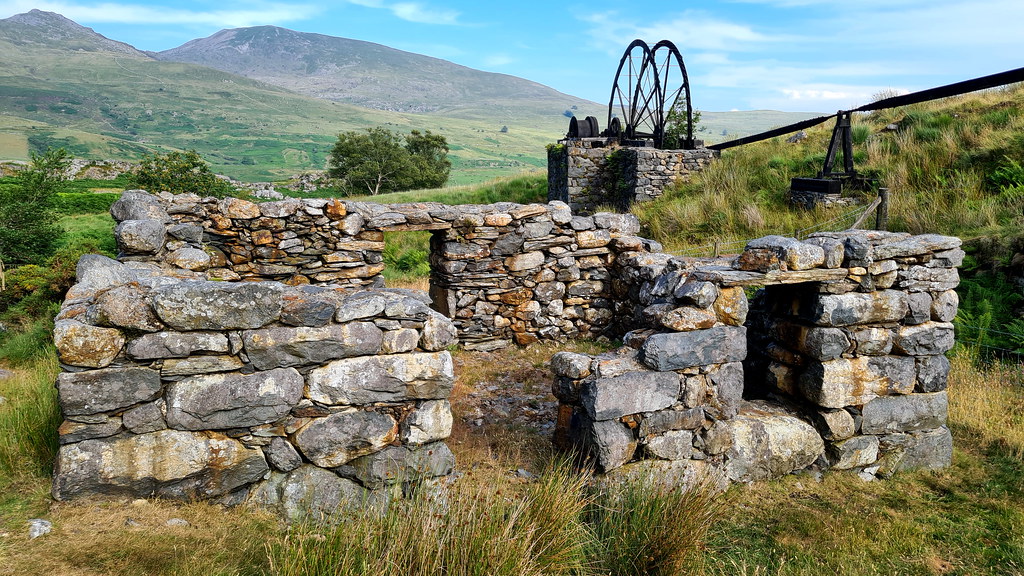 Think this is a leat (an open watercourse conducting water to a mill): 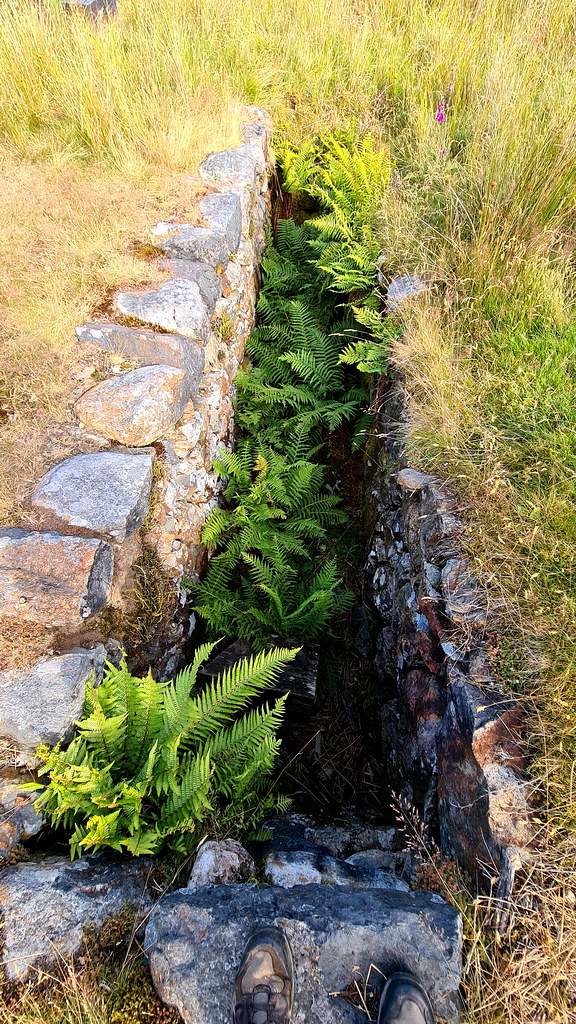 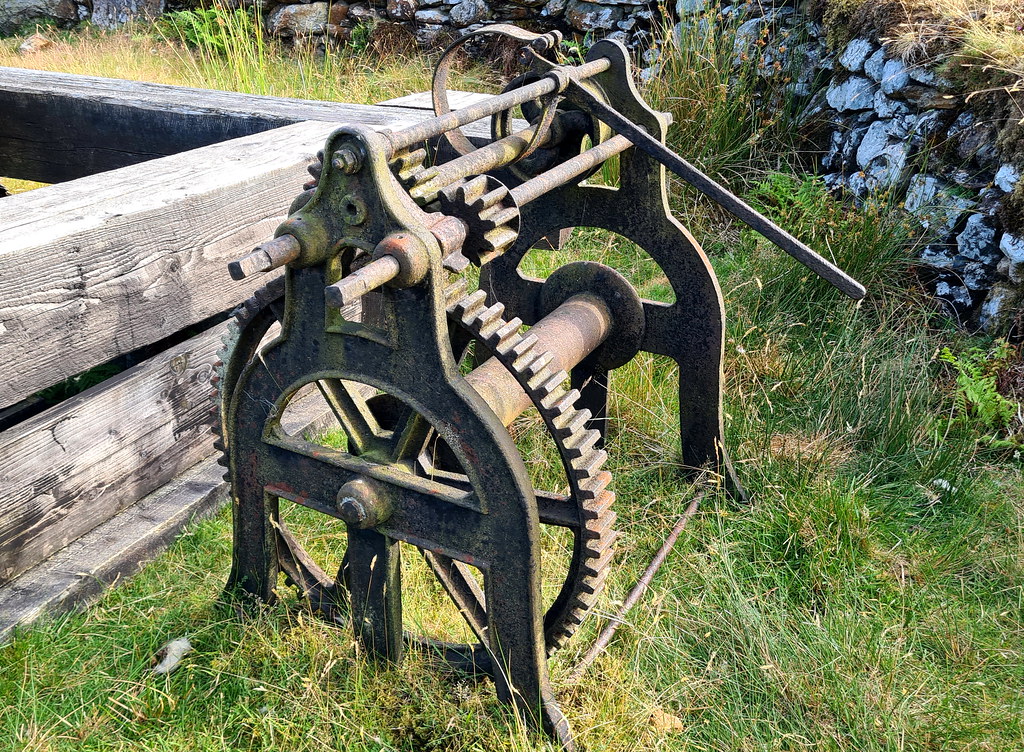 View on the mine looking south: 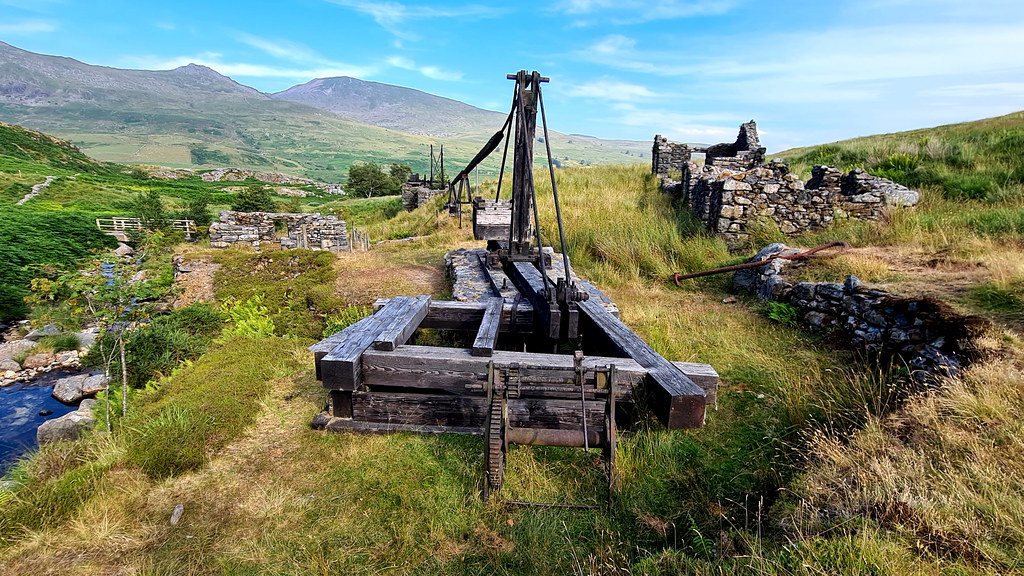 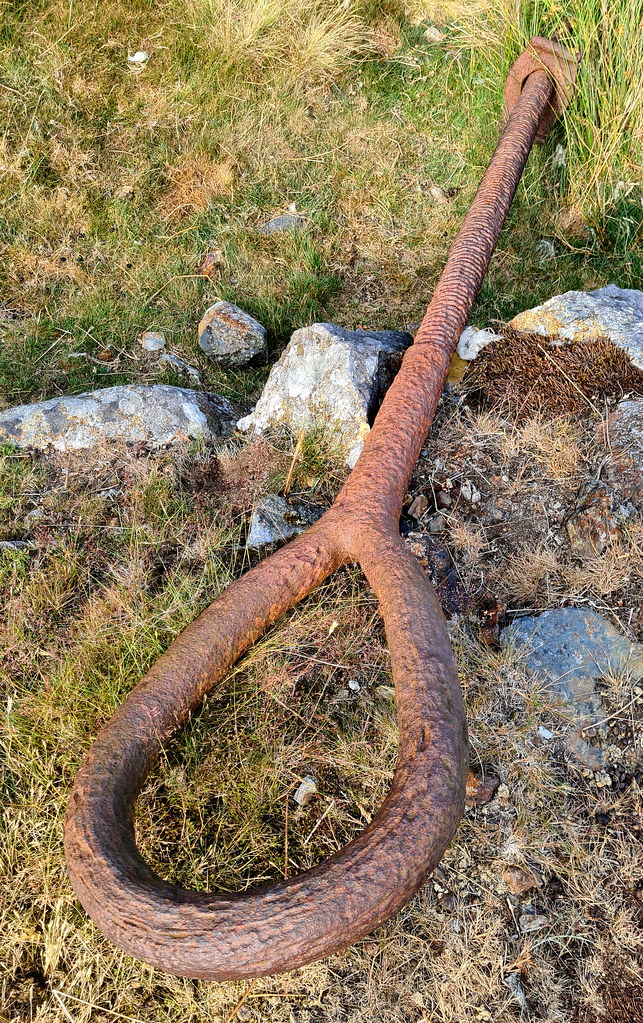 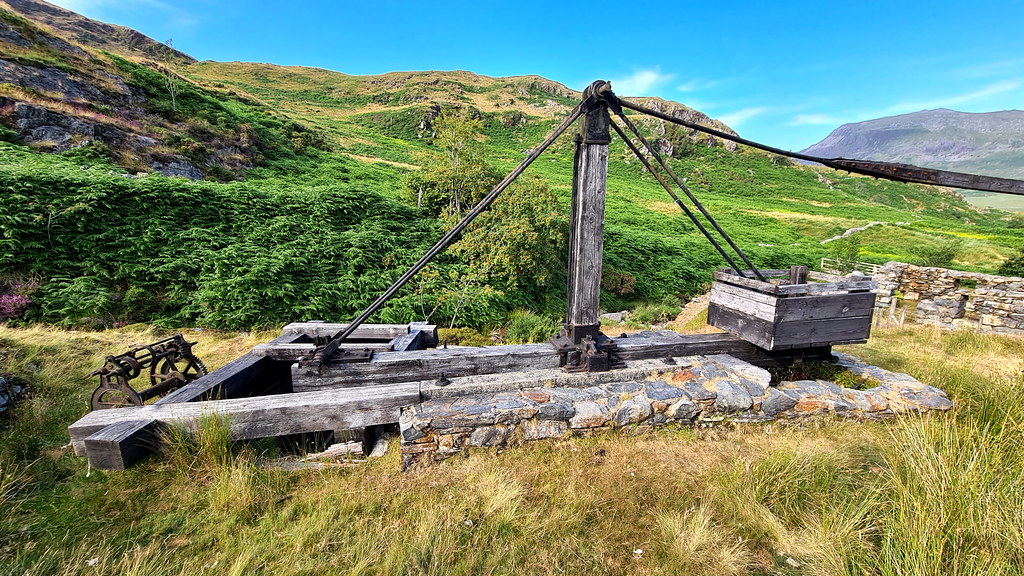 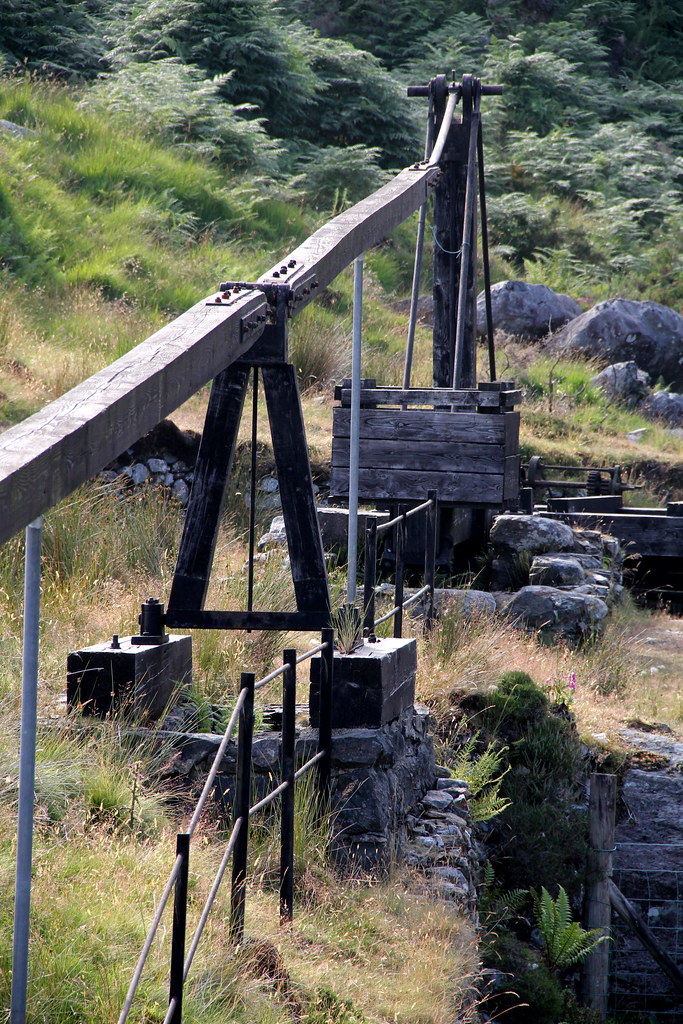 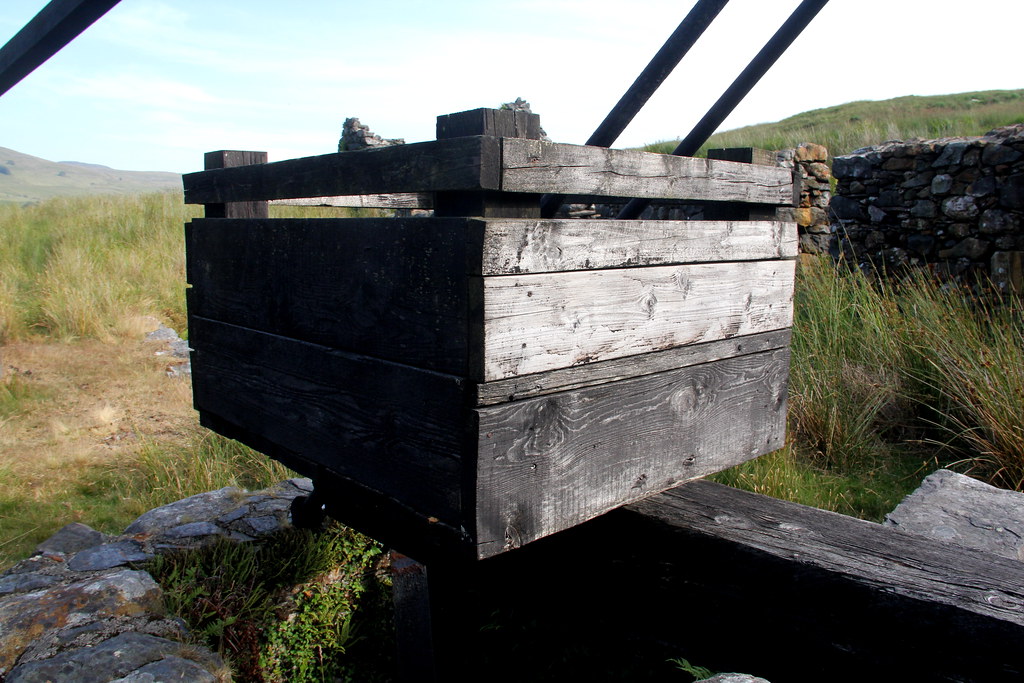 And finally, the three-roomed stone building: 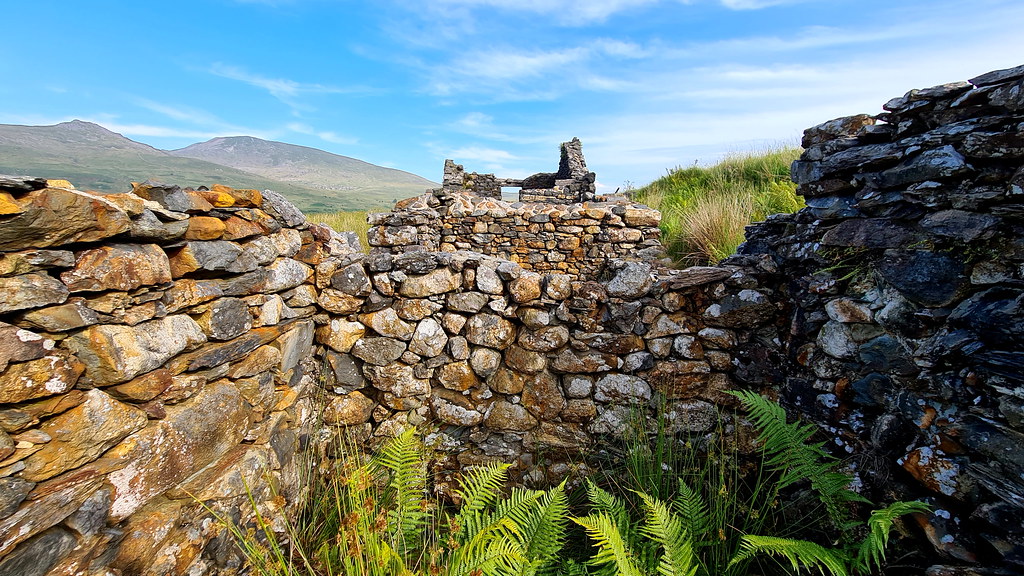 Cheers mate. Much appreciated. Shafts were flooded but apparently there's and adit entrance I missed.
H

The high quality of the stonework in such places always impresses me.