The stadium's main stand facilities included outside terracing along the main straight, fast food outlets, a bar on the first floor, and an indoor seated area with glass frontage overlooking the track on second floor. Also on the second floor was the a la carte restaurant. Executive suites that can hold between 18 and 100 people were located on the first bend of the track.

Related facilities included a hotel situated on bends 3 and 4 which opened in 1990, some rooms of which offered views of the track and a purpose built snooker hall along the back straight with 21 full sized tables. Conference facilities were also provided and managed by the stadium.

Investment in 1970 resulted in the track becoming one of the major provincials in the country and the GRA spent over £750,000 renovating the club house into a four tier restaurant and a new electronic display tote board was built. The track kennels were demolished during the renovation resulting in a contract trainer system.

In 1981 the track changed to an all-sand surface which replaced the former grass straights, an 'Outside McKee Scott' hare and undersoil heating were also installed. Further stadium improvements in 1987 including a large snooker club to the tune of £400,000 and another face lift in 1989 to the tune of £1 million saw an extension to the restaurant and construction of a 48 bedroom hotel called ‘The Lodge’. A new track surface was also installed during this latest investment.

The Greyhound Racing Association (GRA) bought the land that was known as the Olympia Sports Ground in the Birmingham suburb of Hall Green and constructed a greyhound track. Opened on 24 August 1927 it was the first greyhound track to be built in the city. A crowd of 20,000 turned up to experience racing for the first time despite the fact that another Birmingham track Kings Heath Stadium had just opened three months previous. The first race on that Wednesday evening was won by Lock Latham owned by Lady Lock and Mr P.Latham and was over 500 yards in a winning time of 29.66. Appearing that same night was Bonzo who duly won his race and would go on to win the first ever running of the Champion Hurdle race at White City Stadium, London, and this event would soon be called the Grand National.

Early history
In the late 1920s a 440-yard circumference track was a decent size circuit with long straights and fairly easy turns. Handicaps and an 'Inside Sumner' hare were features of the track and the main distances were 500 and 700 yards. Facilities at the time included the main stand which offered the Hall Green Sports Club and Enclosure Club with stands on the opposite side of the track to accommodate the large patronage. A small annual subscription allowed patron’s admittance to the clubs and it was not long before a restaurant service was introduced. Similar to other larger tracks of the time there was a resting kennel located away from the track and the Hall Green resting kennels were found nearby at Bogay Hall Farm in Solihull. The stadium hosted speedway races between 1928 and 1938.

After the war the track introduced a major event for the first time and it was called the Midland Flat Championship and the centre green was home to the Hall Green Amateurs football team between 1951 until 1965.

Later history
After the completion of the new facilities in 1970 the stadium recruited one of the country’s finest trainers at the time in Geoffrey DeMulder. In 1973 another trainer Sid Mann retired ending a 43-year association with the GRA, Mann had originally taken out a licence in 1930. Sometime later Racing Manager Jeff Jefcoate joined Northern Sports at Ramsgate Stadium and his assistant Horace Peplow retired after 50 years leaving Sidney Wood the deputy chief Racing Manager for the GRA in charge and he was joined by Simon Harris. As 1984 came to an end the great Scurlogue Champ set two track records, one in December 1984 and another the following year.

In 1993 the British Breeders Forum Produce was switched from Wembley to Hall Green and Simon Harris was replaced by Gary Woodward. The Television trophy was hosted at the track for the third time in 1997 following the previous staging in 1979 & 1988 and in 1999 the Blue Riband competition was brought to the track following the demise of Wembley with the Grand National switching to sister track Wimbledon Stadium Under General Manager Stephen Rea two new races were inaugurated by the track, they were the Gymcrack in 2000 and the Prestiege in 2003 but the Midland Flat was discontinued, it had been the tracks oldest race.

Visited with two mates and found it a nice relaxed explore. Security are on site and I inadvertently stuck my head around a corner to see him munching on his lunch. Visited the hotel on site and the stadium it self. The local unwashed have clearly got in as there is smashed glass everywhere. 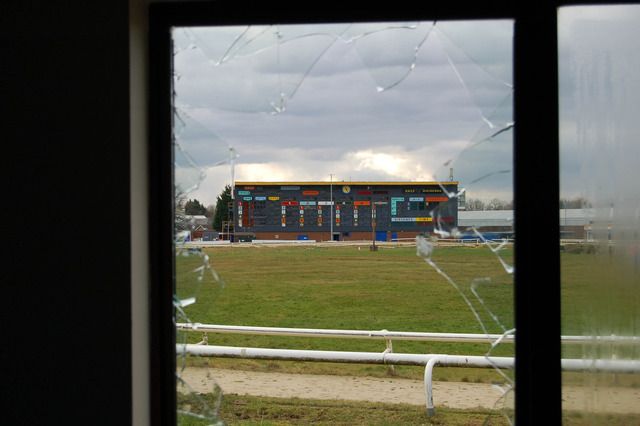 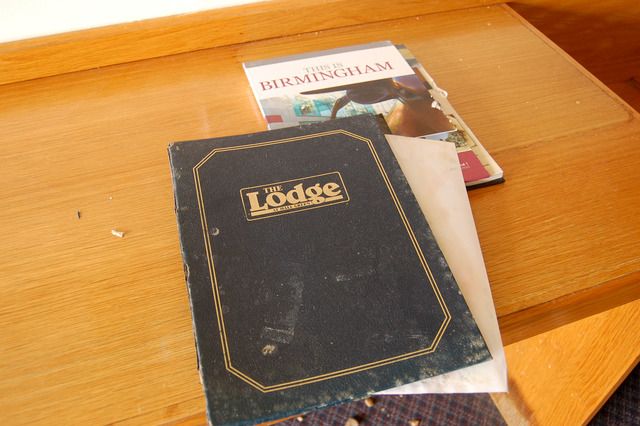 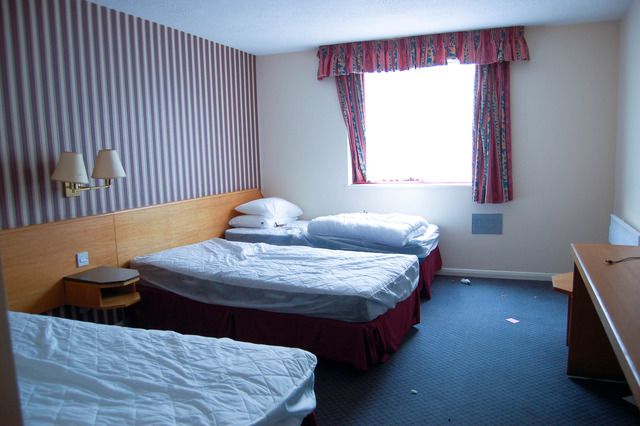 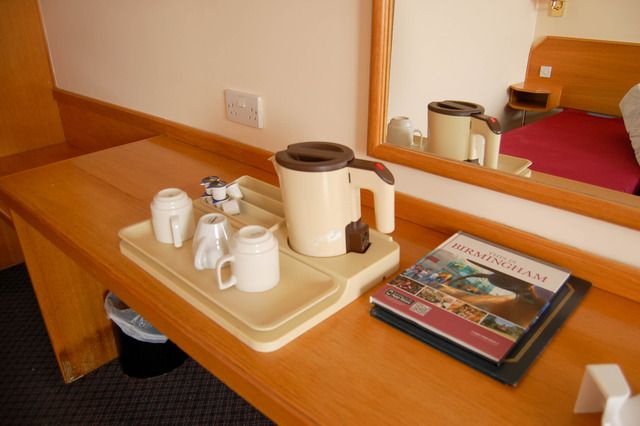 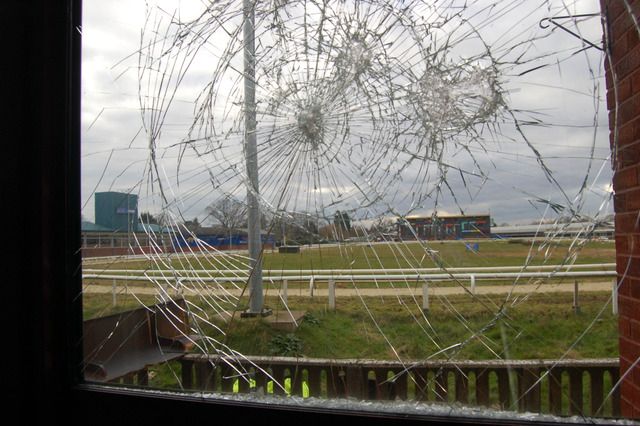 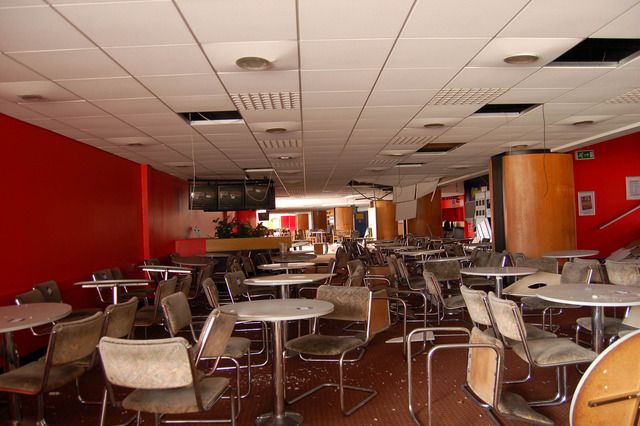 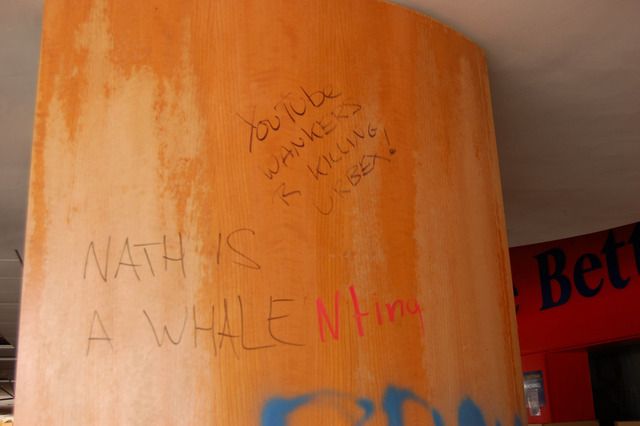 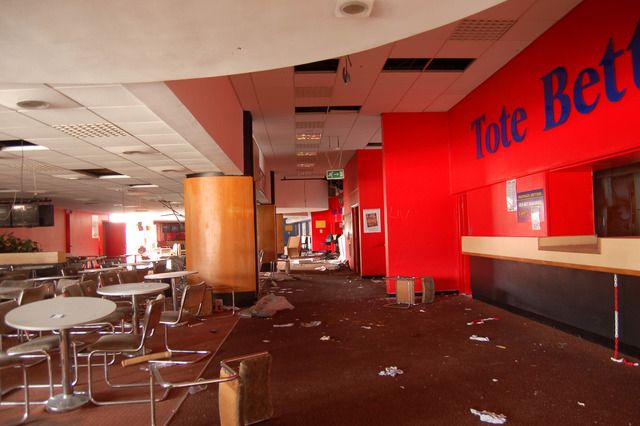 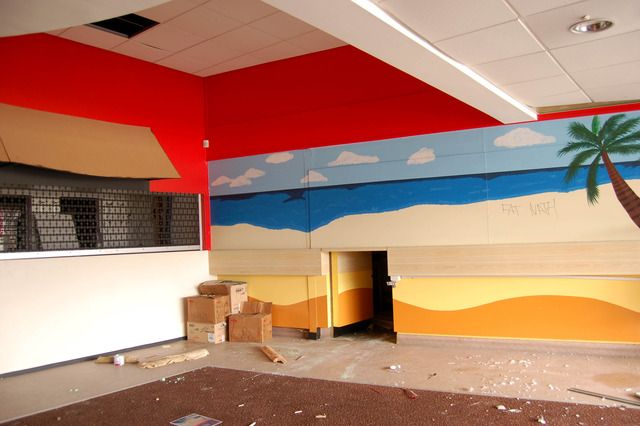 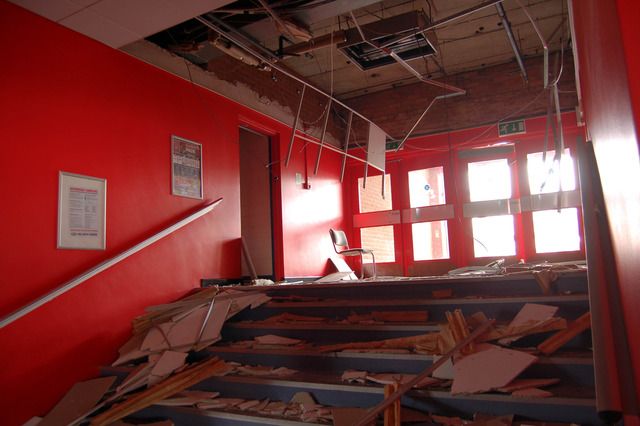 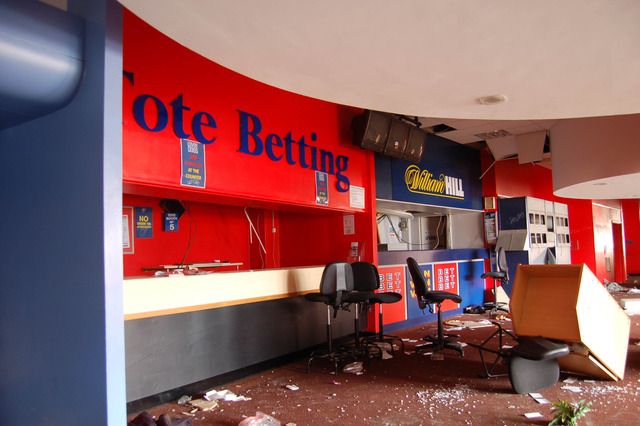 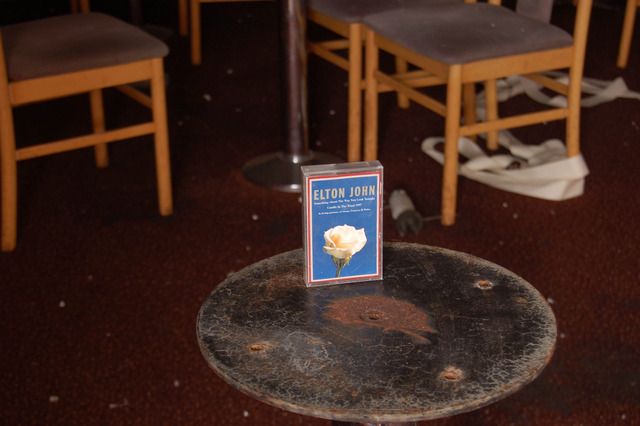 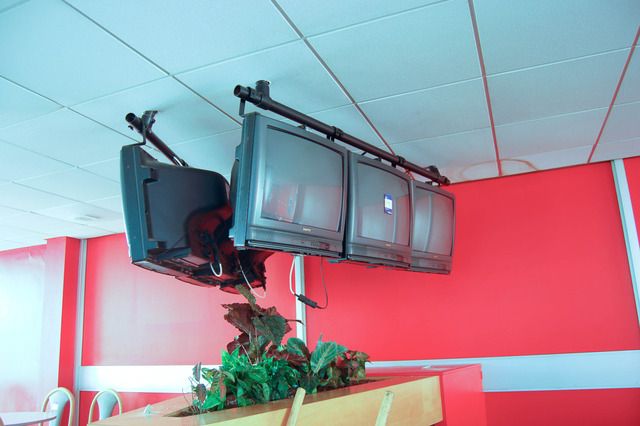 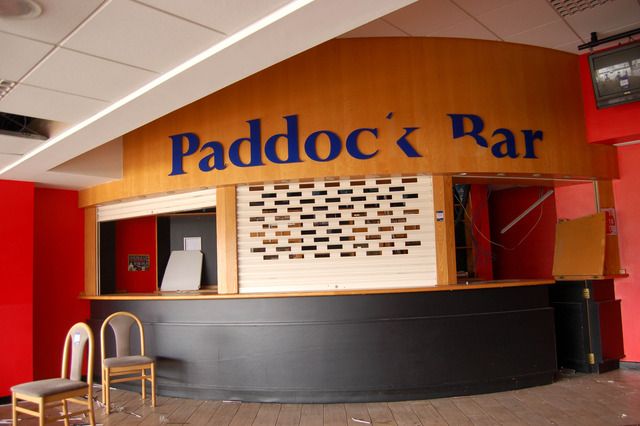 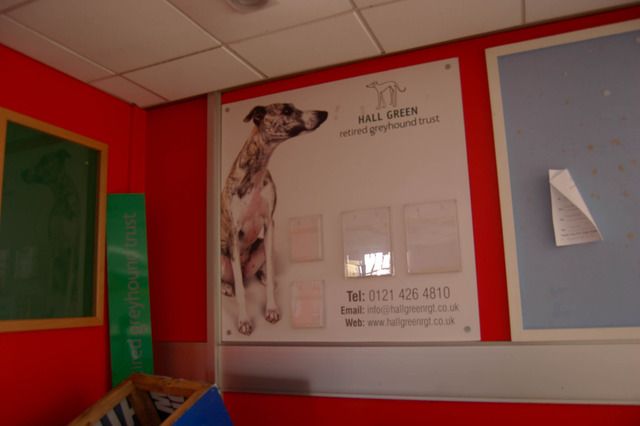 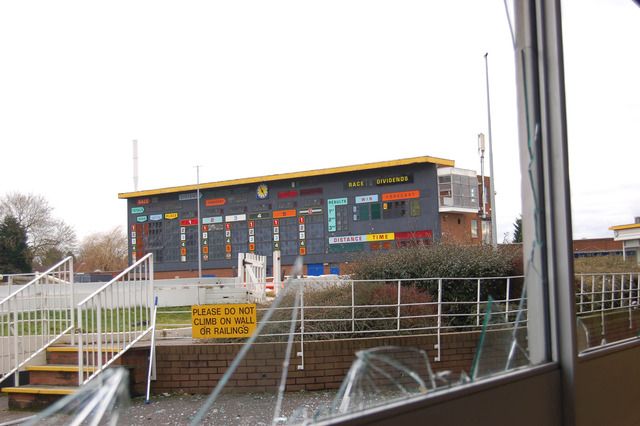 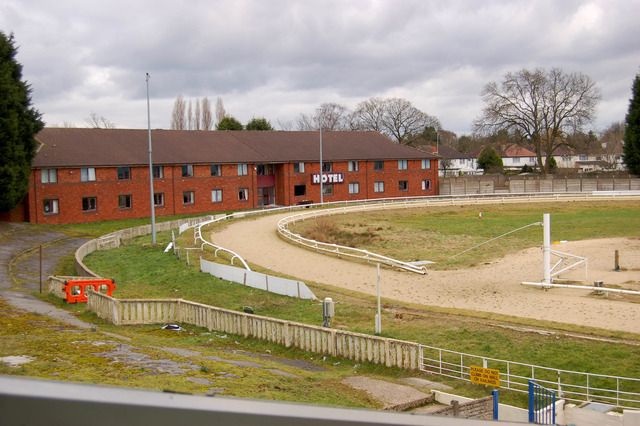 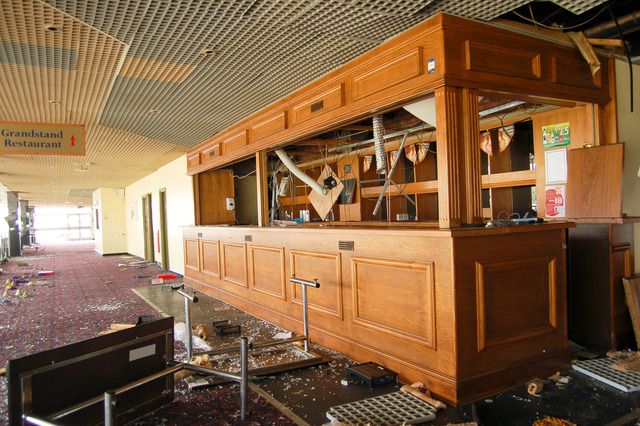 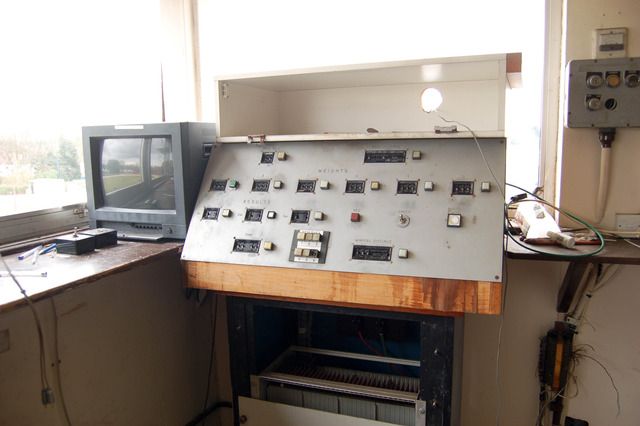 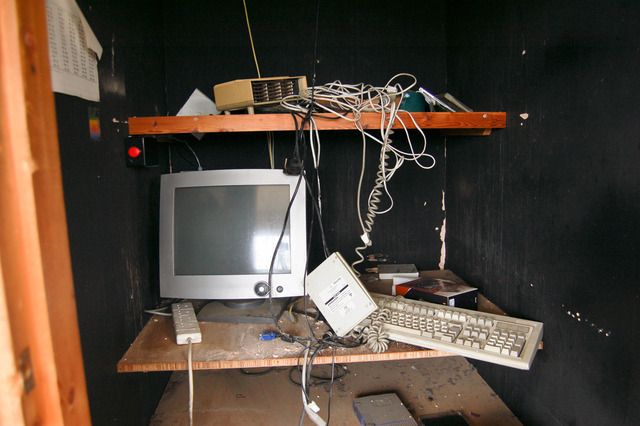 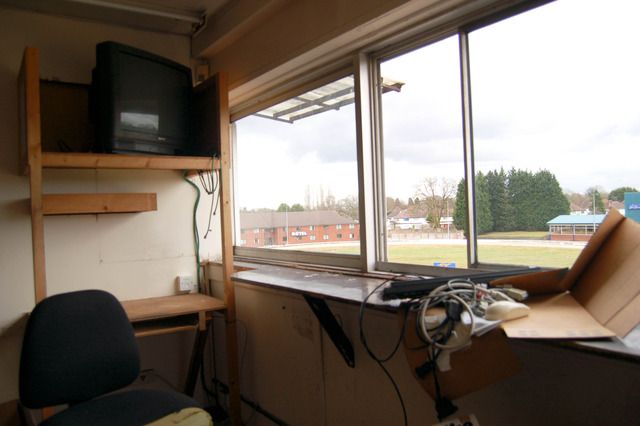 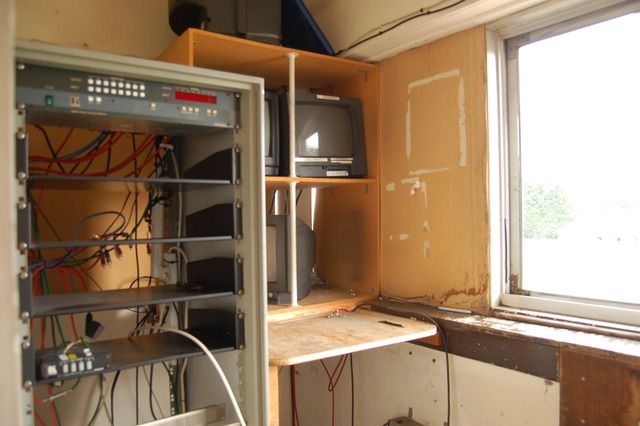 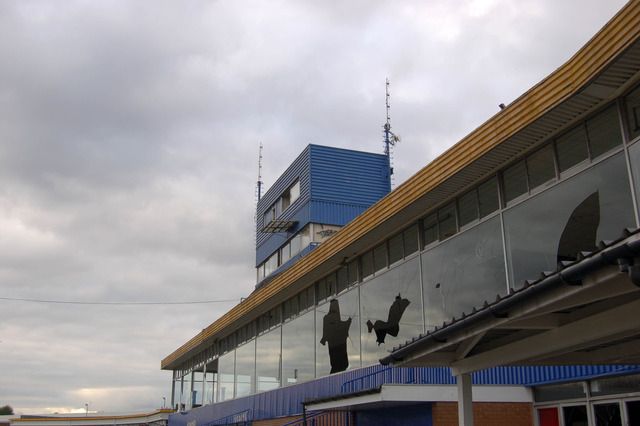 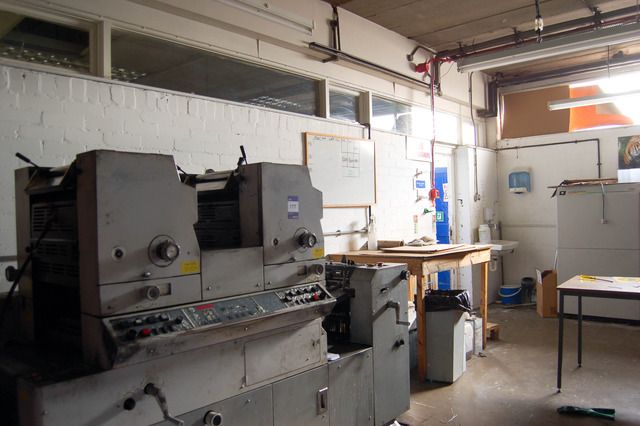 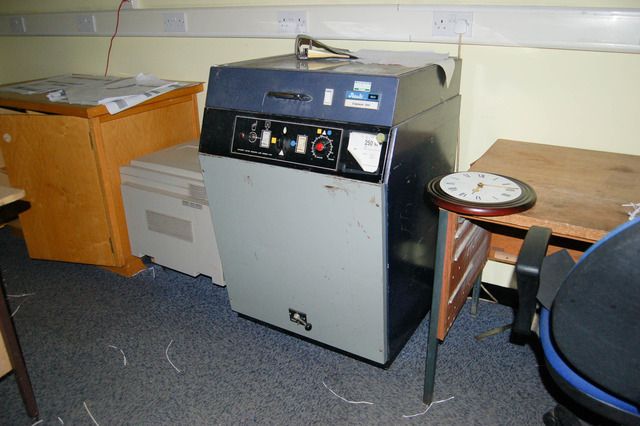 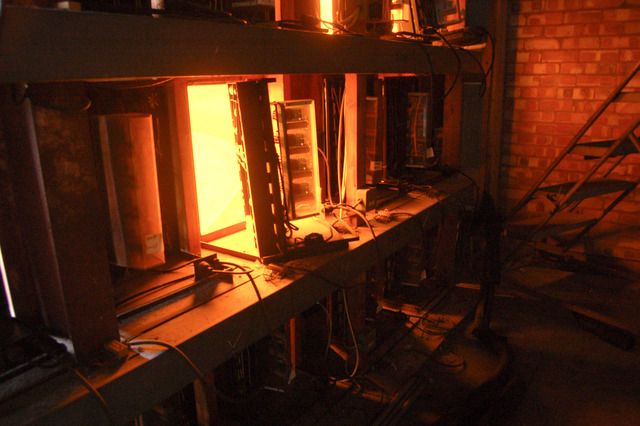 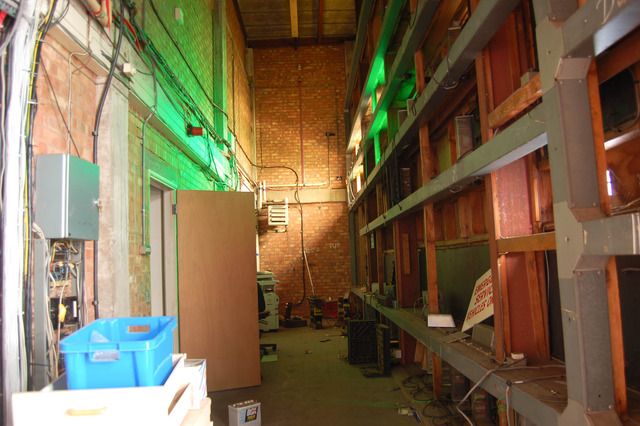 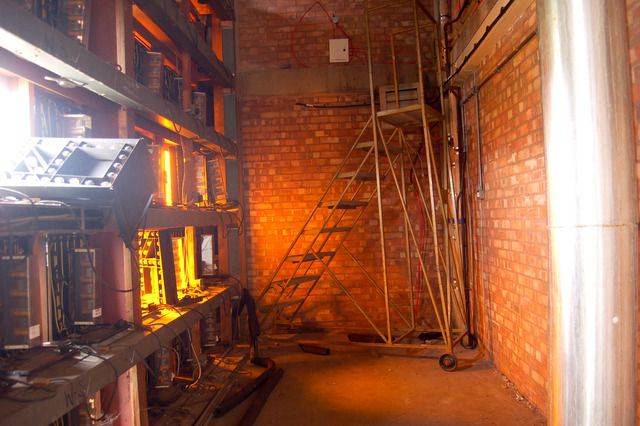 Nice shots, one of my local haunts in the 90's.

Now there's one bit of graff I agree with

Hotel rooms look better than ones I've stayed in. I didn't get up into that little box room via the ladder as light gone by then so it was interesting to see your pics, thanks enjoyed your take on it.
S