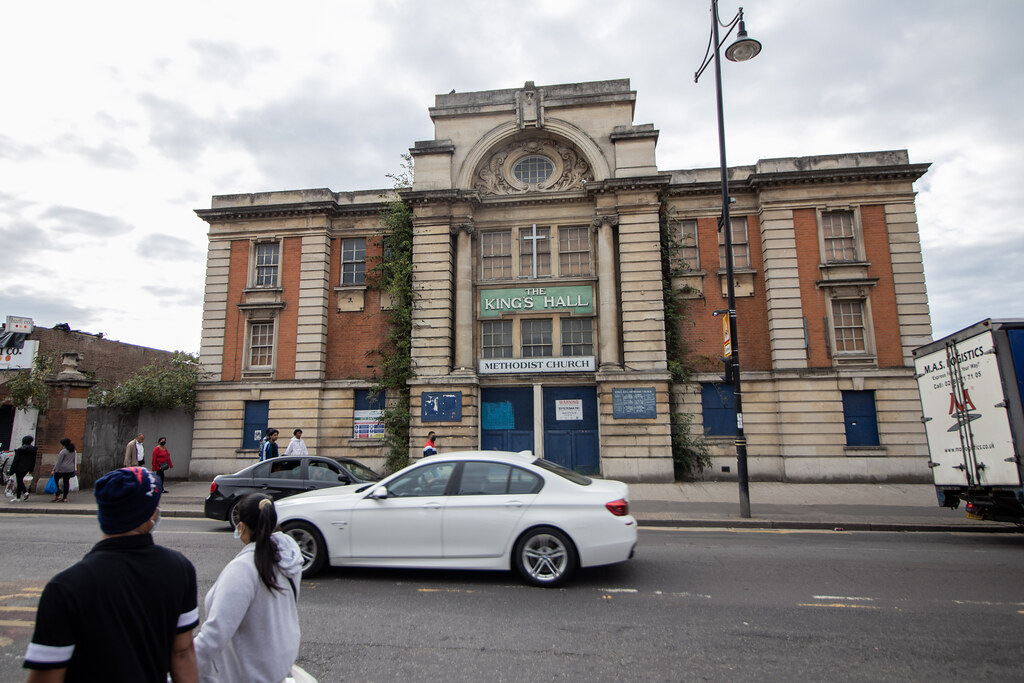 This was a great place to get ticked off. Another one that I'd had on the cards for a long while, but on previous visits, it had always remained relatively sealed, or at least, we hadn't looked in the right spots. After the Quaker Oats factory nearby was again shut up, we figured we would give it another go. It is positioned in one of the busiest streets ever...in the world. Getting an all clear is practically impossible, so you just have to hope nobody is too fussed as you heave yourself over the hoarding multiple times. Eventually, with the entirety of Southall probably aware of our attempt to get within the complex, we managed to find a difficult way in. With the chances that someone had been bothered by our infiltration, we headed straight for the main auditorium. However, as it turned out, the locals are fairly relaxed and our concerns about getting caught soon died down and we were able to take our time inside.

The architecture of the church is incredible and it is tragic that it has been left to end up in such an awful state of dilapidation. Disregarding the main hall with it's ornate dome, the back rooms and entrance have a fair share of interest too, most stocked with belongings and artefacts of old. Was good to get it done after so long. Thx howlin on the off chance that you'd ever see this x

Starting off with the main attraction. 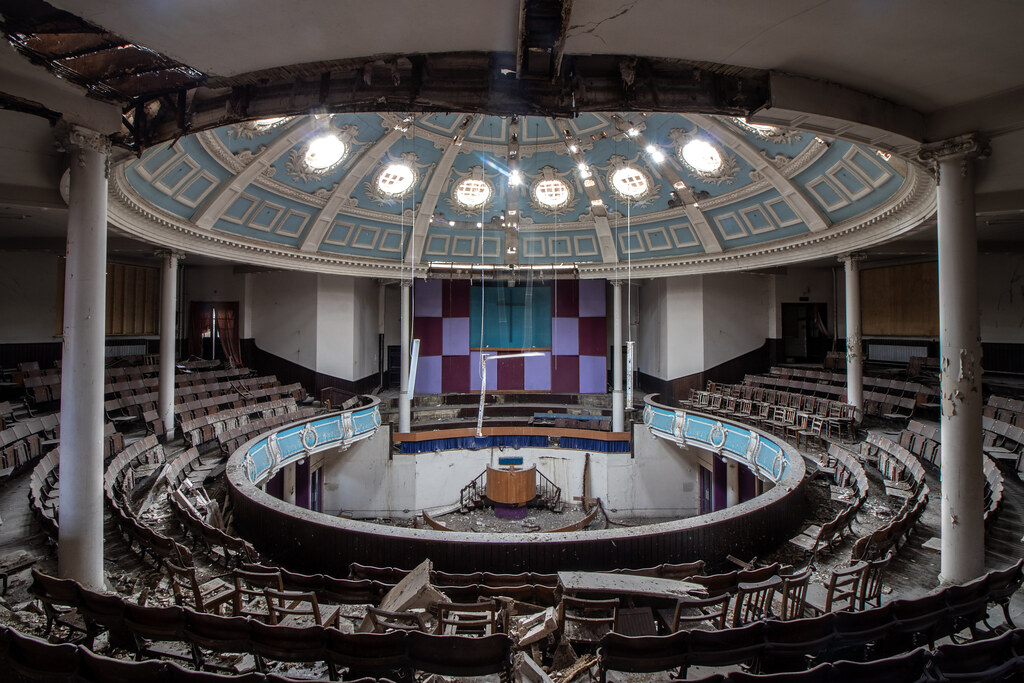 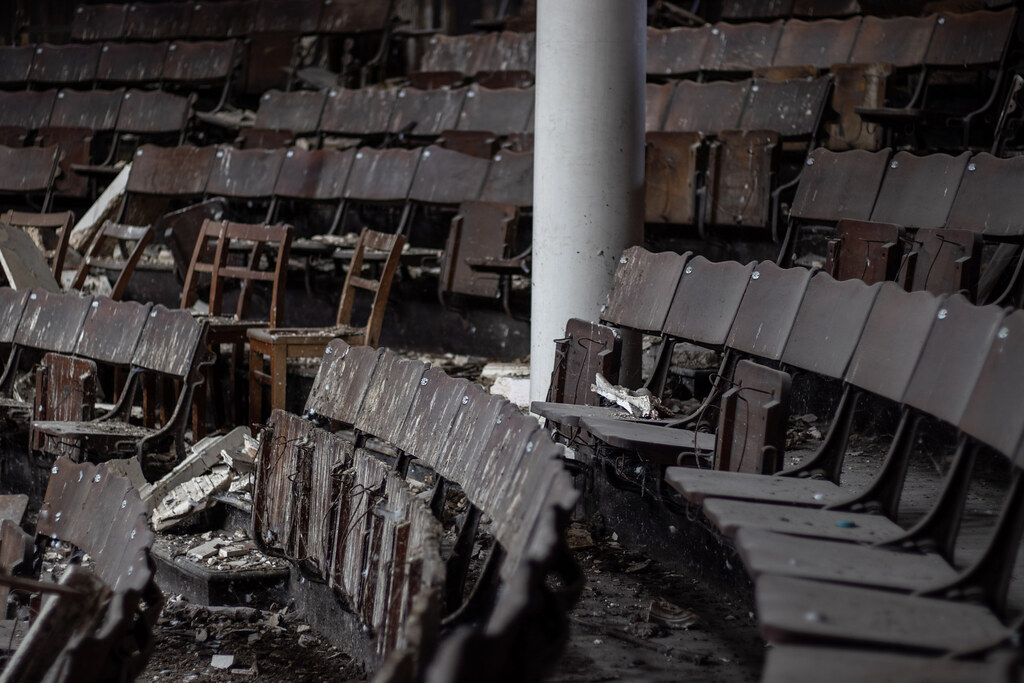 Close-up of the dated wooden seats. 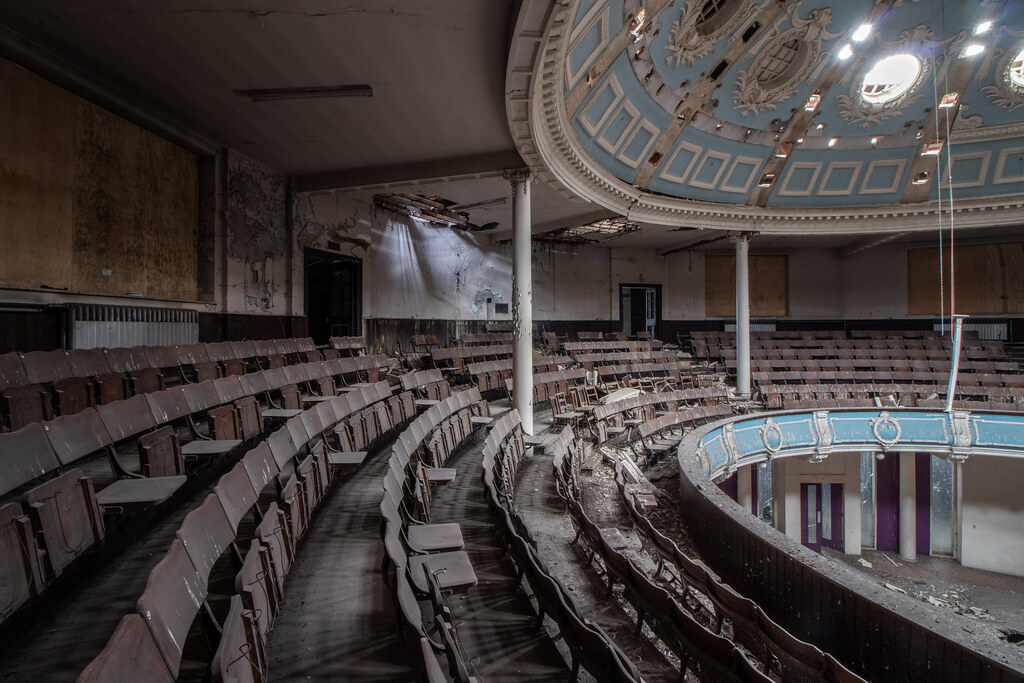 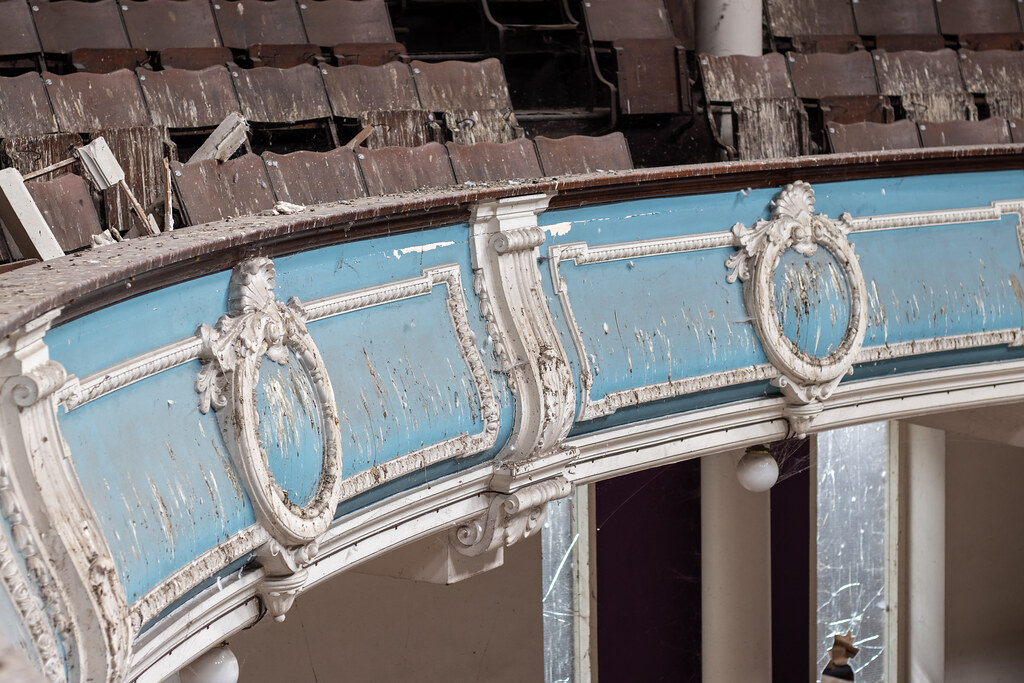 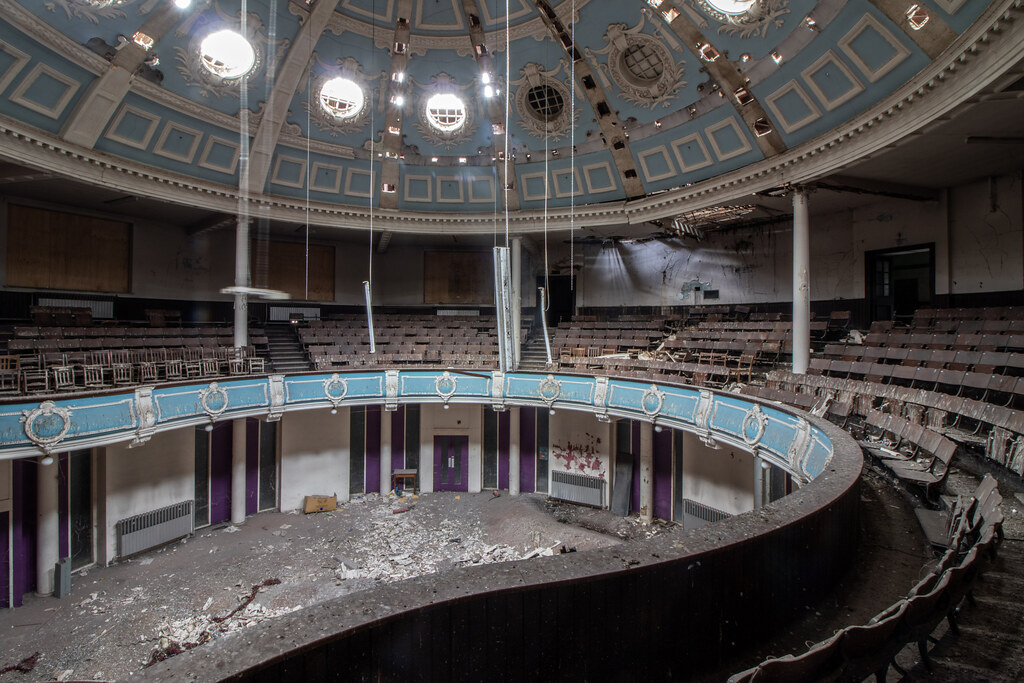 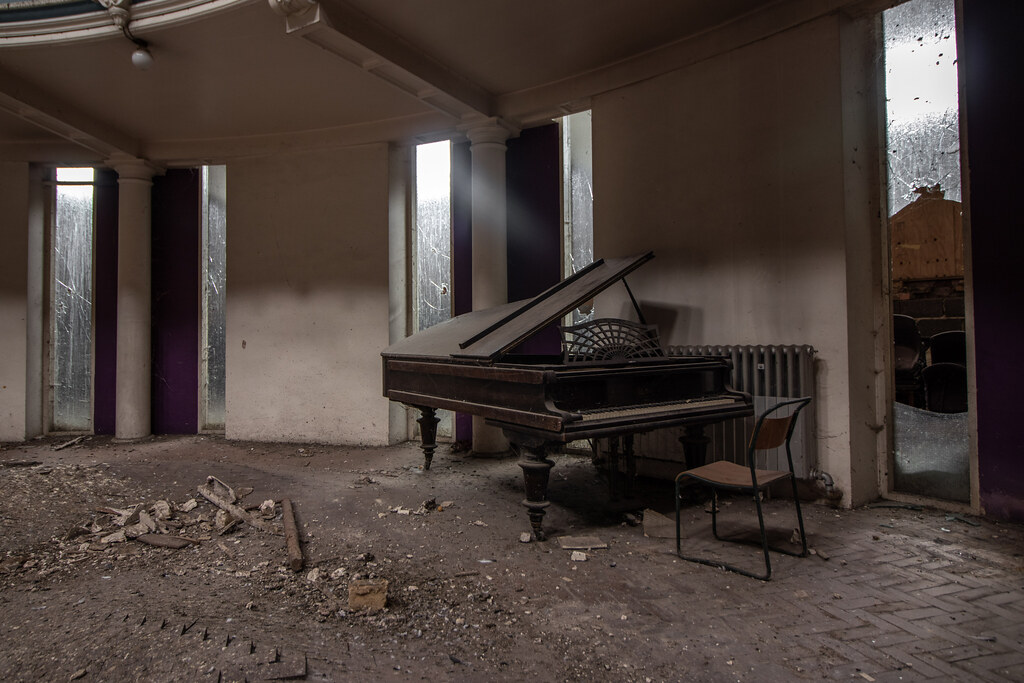 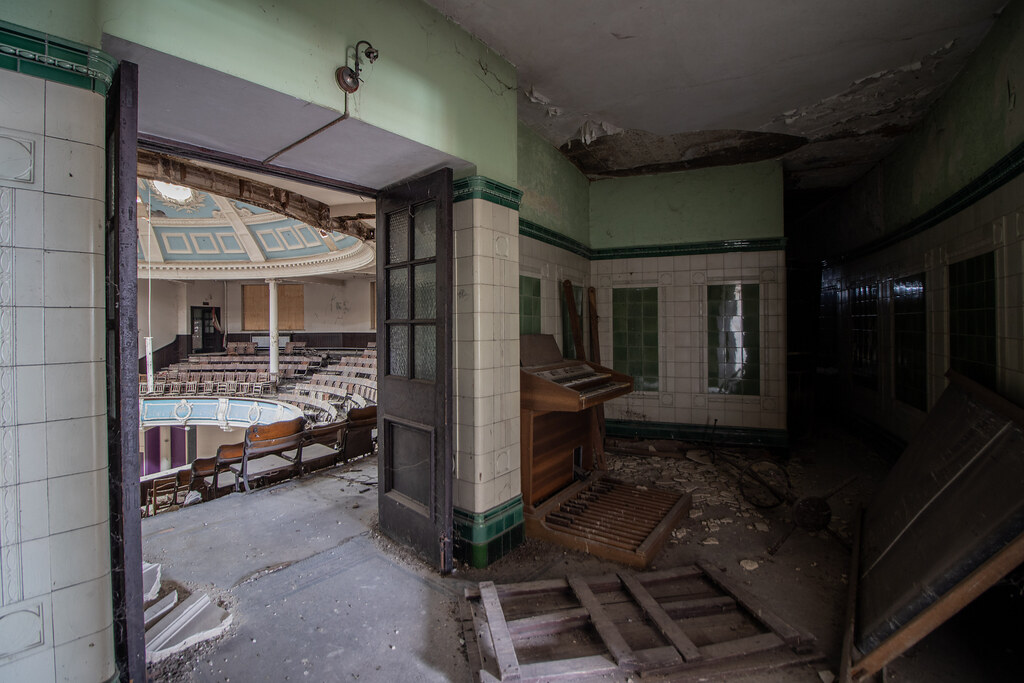 An organ in the connecting walkway. 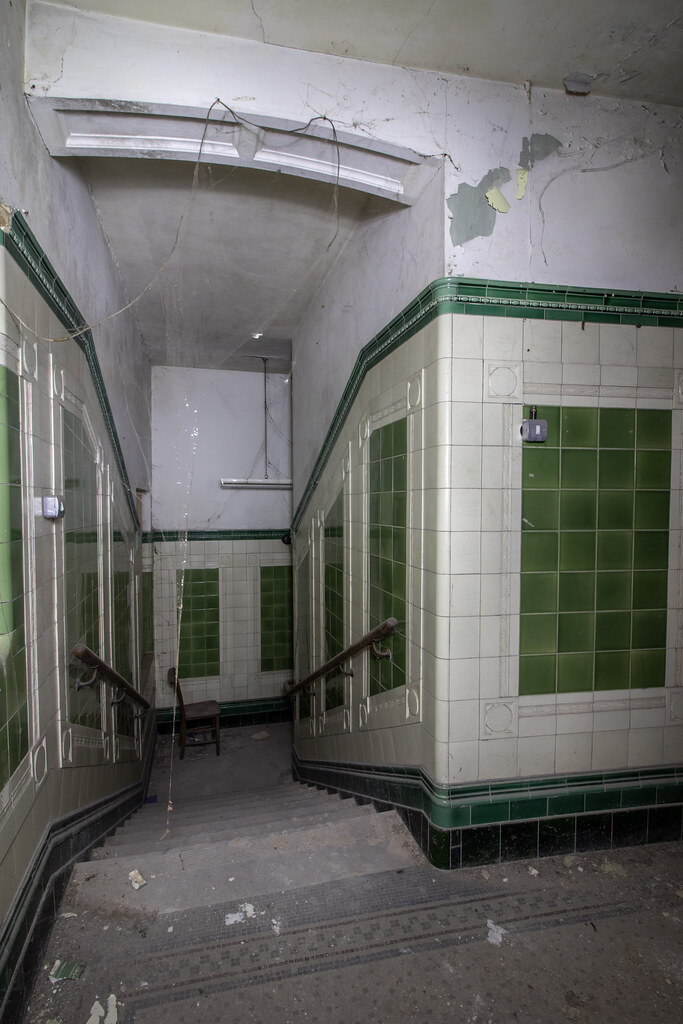 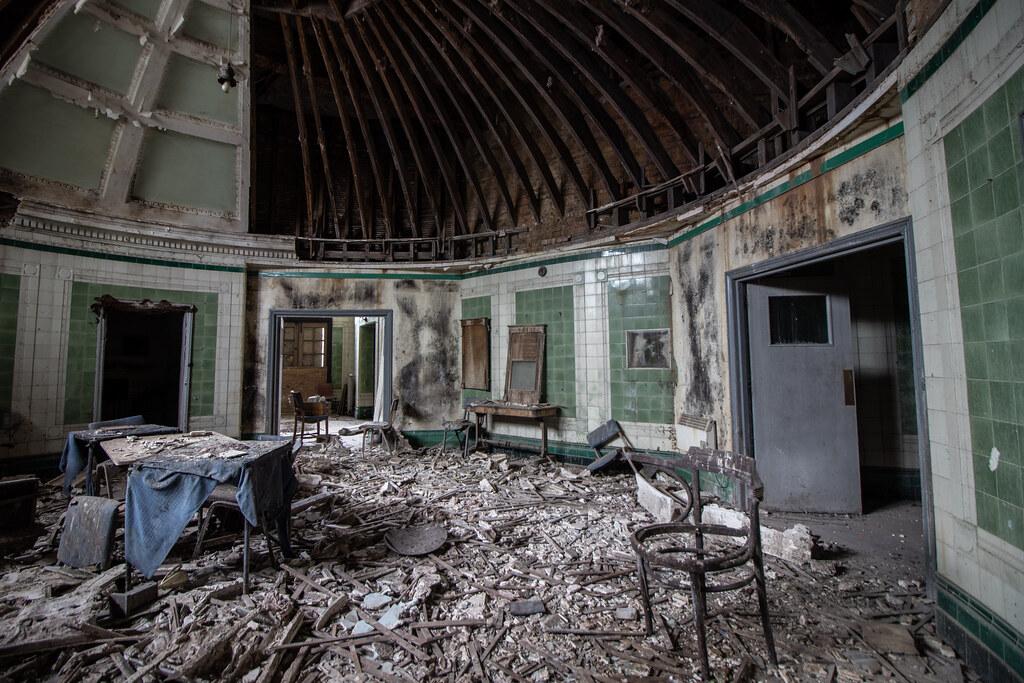 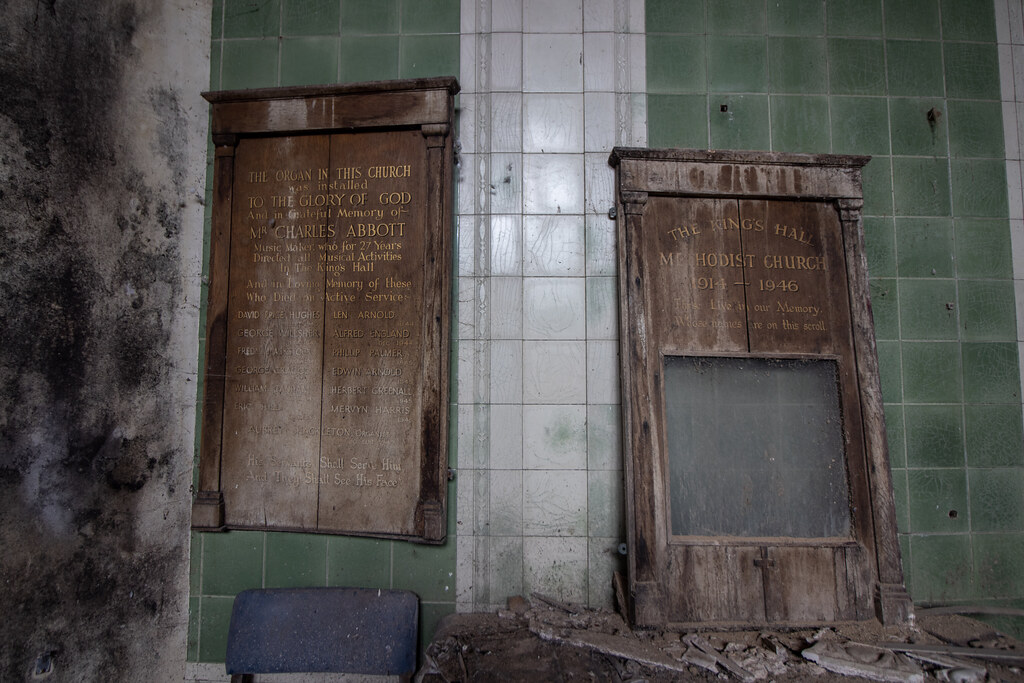 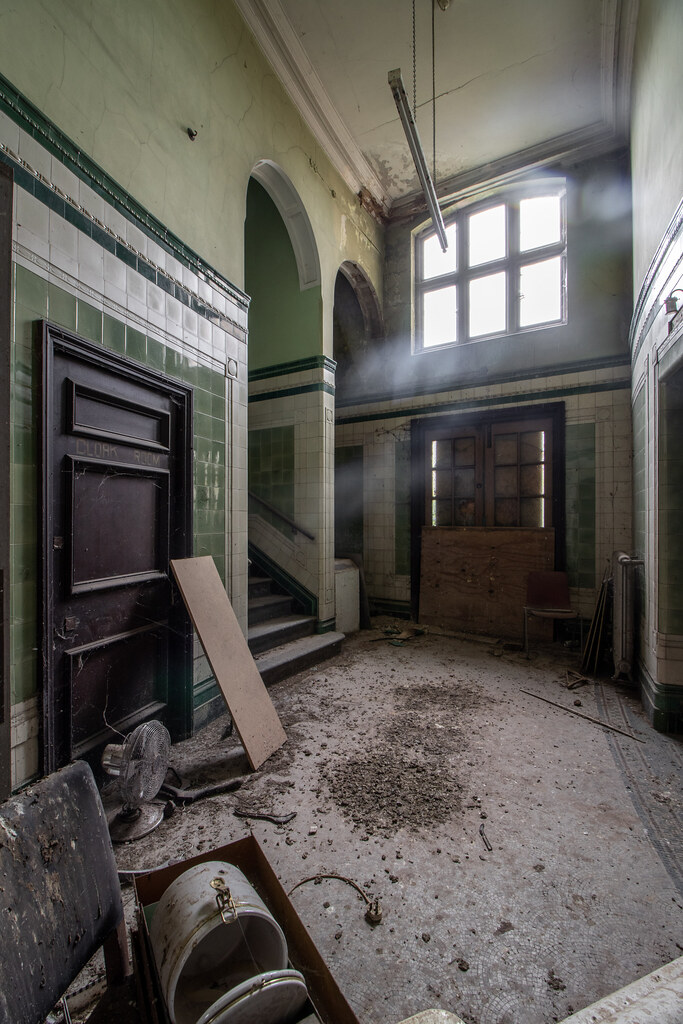 Apologies for the lens flare... 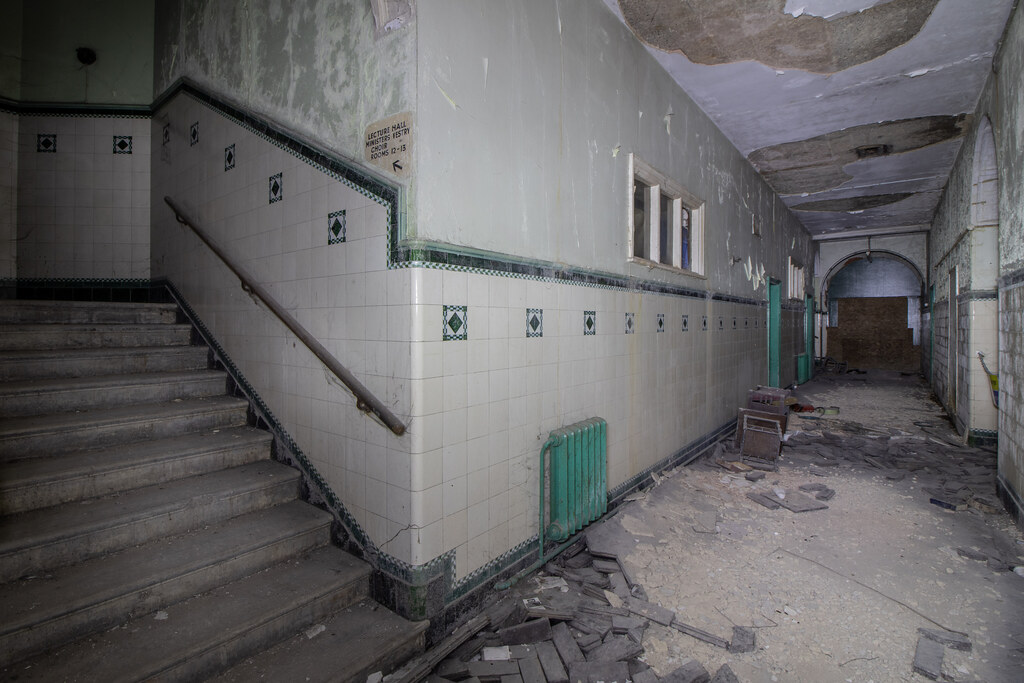 Moving into the back rooms. 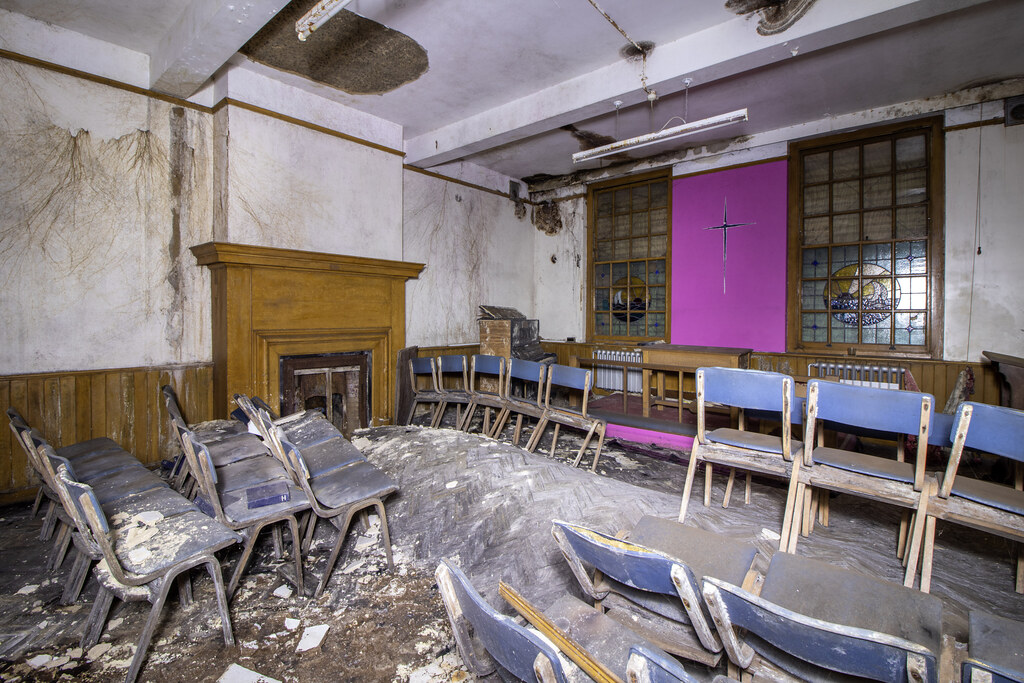 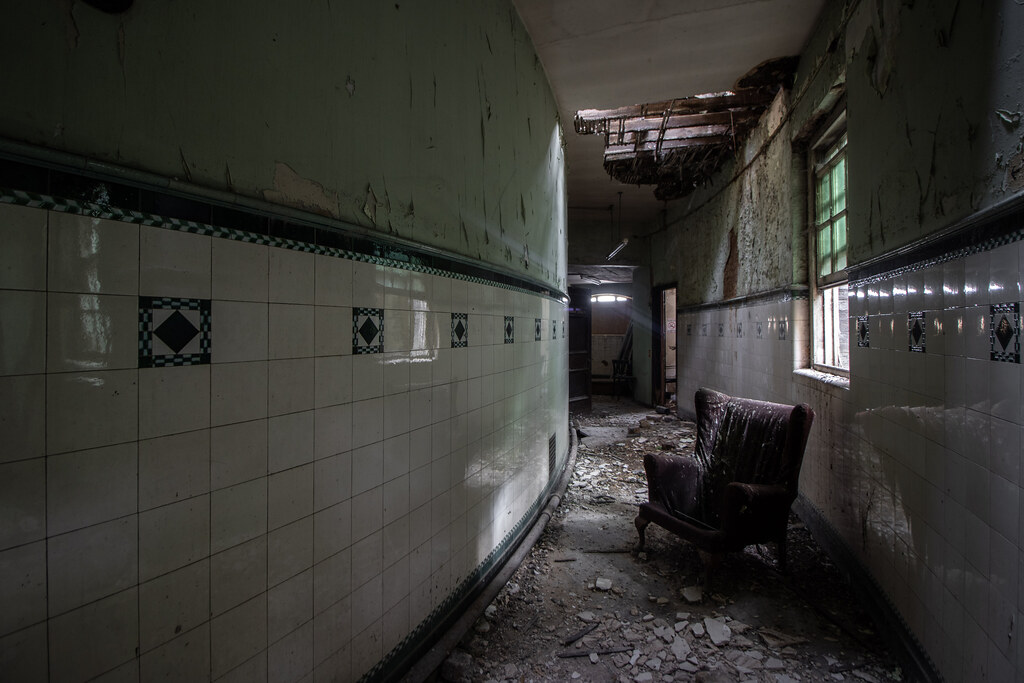 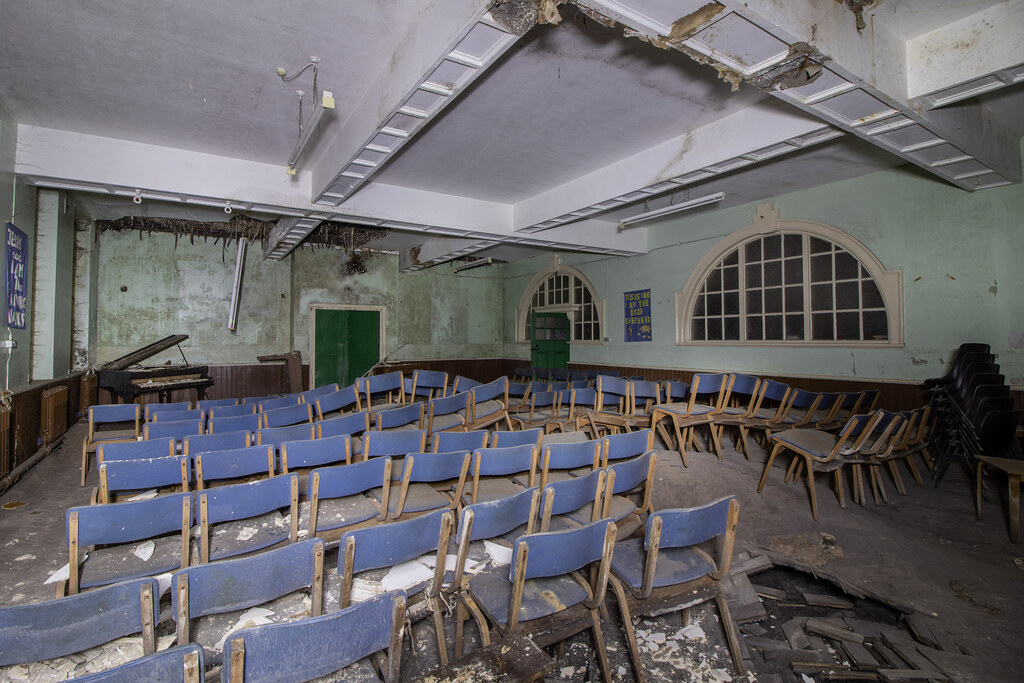 A large room which I presume was used for Sunday School. 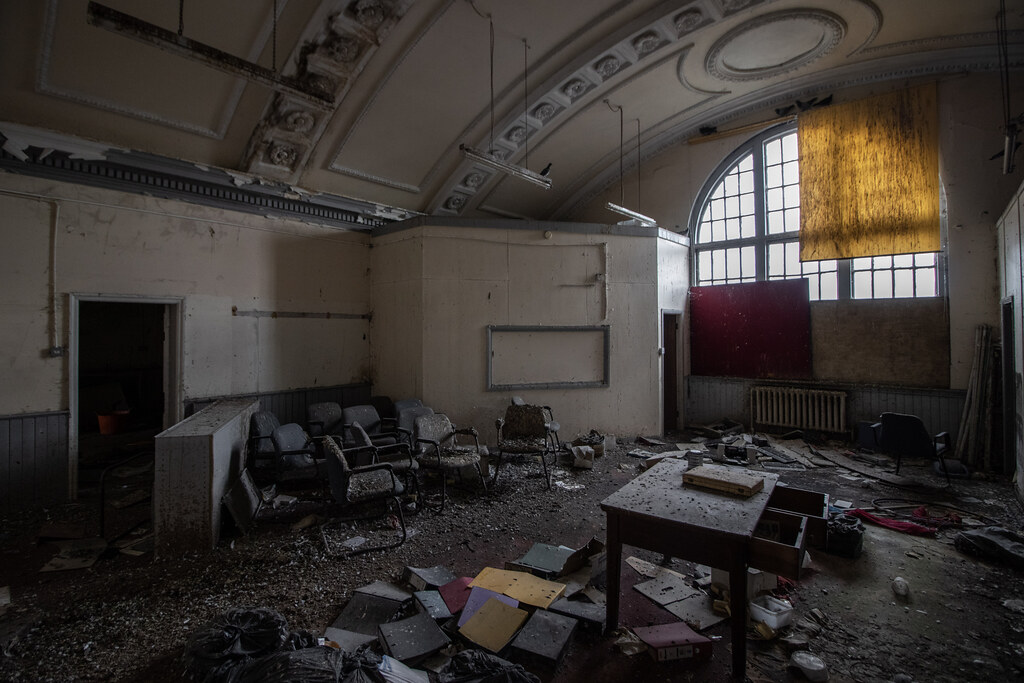 That's all for the photos. Here is the link to our documentary styled video showcasing the building. We cover the structure's past, present and future through cinematics and narration: