The chemical name for mustard gas is dichlorodiethyl sulphide. At normal temperature it is a liquid, rather like diesel oil in appearance with a smell similar to garlic. It was used as a war gas because it is a 'vesicant' which means that contact with the liquid or vapor will cause blisters on the skin similar to third degree burns and if inhaled will cause serious damage to the lungs which will almost inevitable cause death. Its value in conflict was due to the fact that it does not decompose and will remain active in the ground or on materials it has contaminated for many days, in fact months or even years. This makes it completely different from the effects of chlorine or phosgene which, as gasses, are readily dissipated in the atmosphere.

It is comparatively easy to manufacture given a supply of raw materials which are mostly readily available chemicals and there are really only two effective ways of decontaminating; one is by the application of bleaching powder and the other by burning.

There are two types of mustard gas, Runcol (HT) which is produced by the method used by the Germans in WW1 by reacting thiodiglycol (known as 'Syrup' during the war) with hydrochloric acid and Pyro (HS) which is produced by combining ethylene with sulphur dichloride. Runcol was more expensive to manufacture and was not suitable for tropical storage.

Chemical warfare was developed in Germany in 1915 but the allies were quick to respond with their own production and in the later years of WW1 mustard was used by both sides. Although chemical weapons were banned by the Geneva Protocols of the 1920's this did not stop their use by the Japanese in 1931 and the Italians in 1935 and even Churchill supported their deployment. With the coming of WW2 it was decided that the manufacture of chemical weapons should once again be undertaken to act as a deterrent as Germany would almost certainly be producing them. The whole site was connected by a special rail spur to a long abandoned country branch distribution to the Norfolk Airfields. 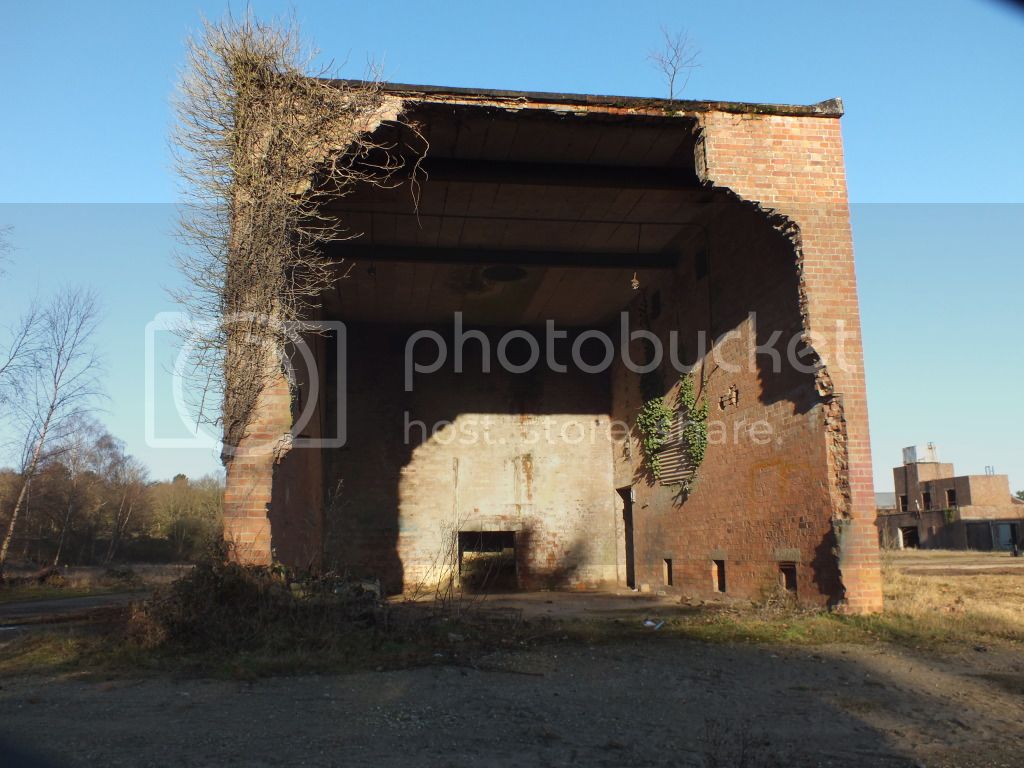 This what remains of the long defunct Boiler House. 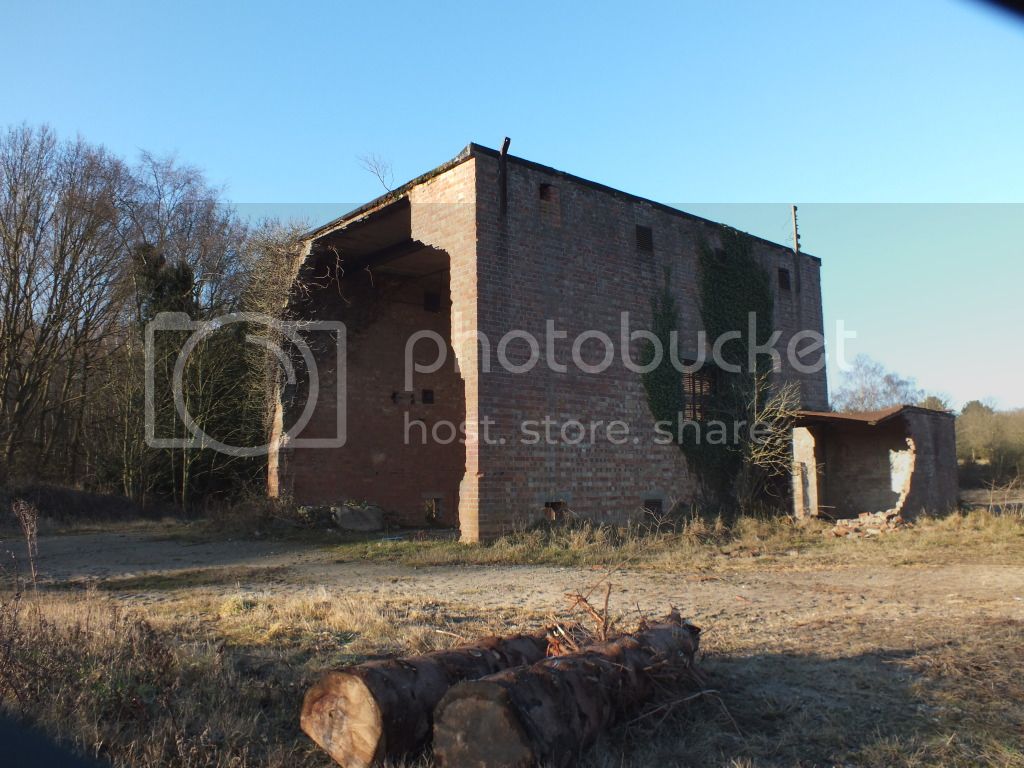 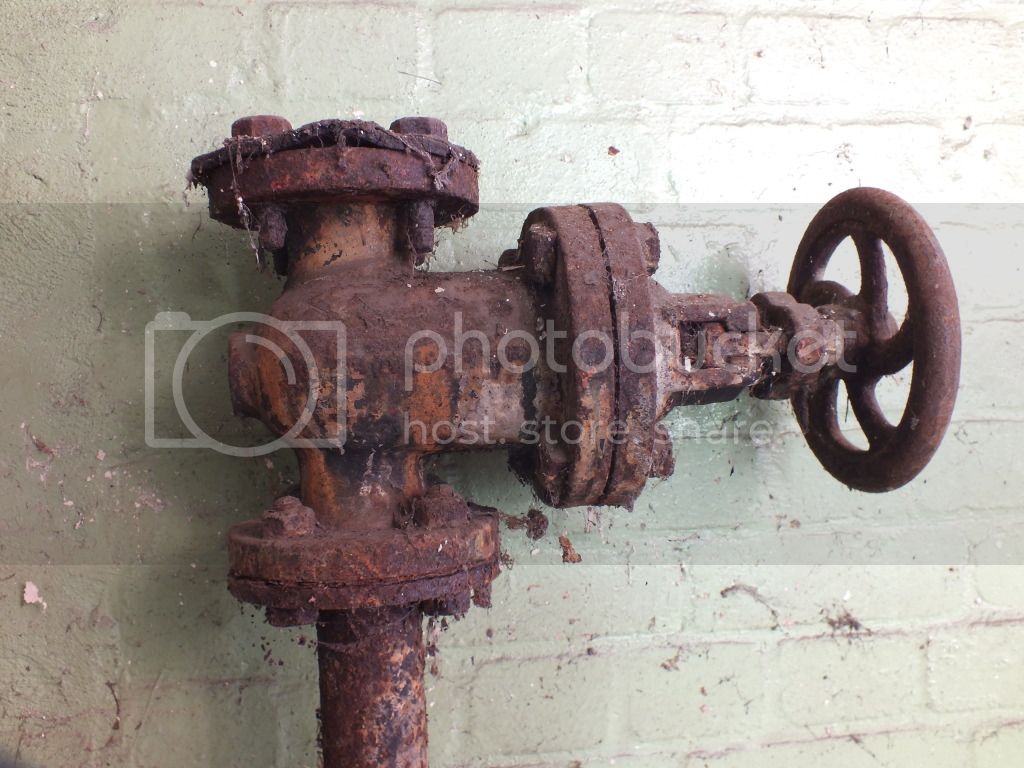 a lovely rusticated valve in the boiler house. 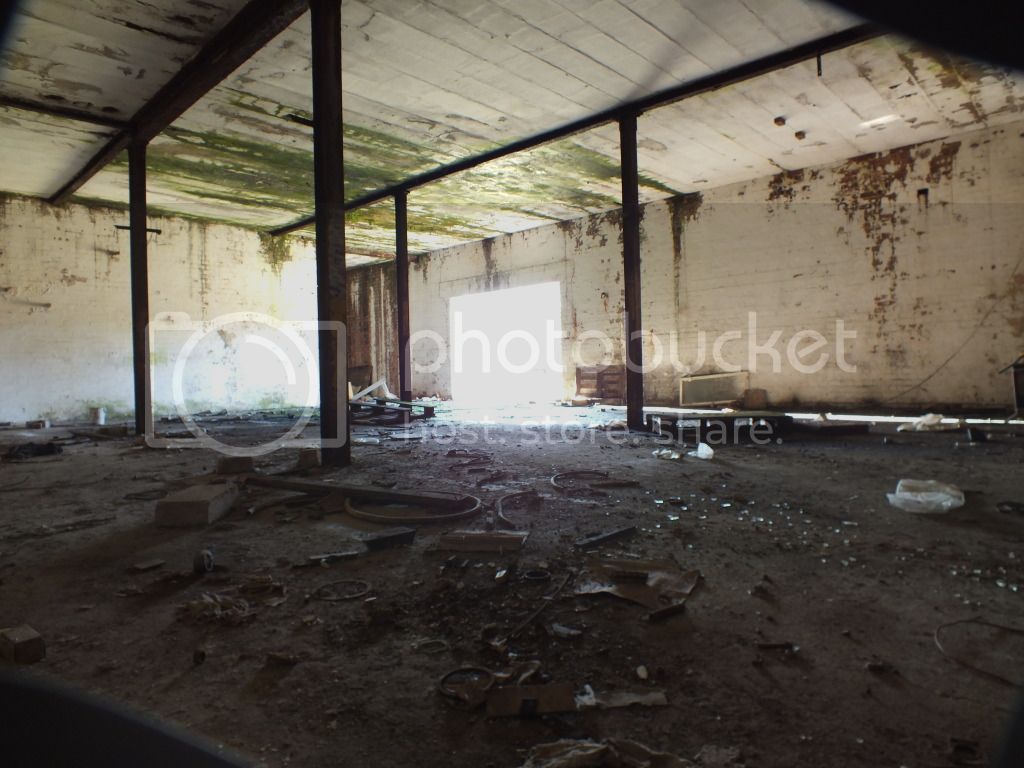 this is the inside of a " Charging Room" where mustard gas bombs were fitted with an explosive charge. The metal beams once had jibs to lift the bombs from the room to the storage area. 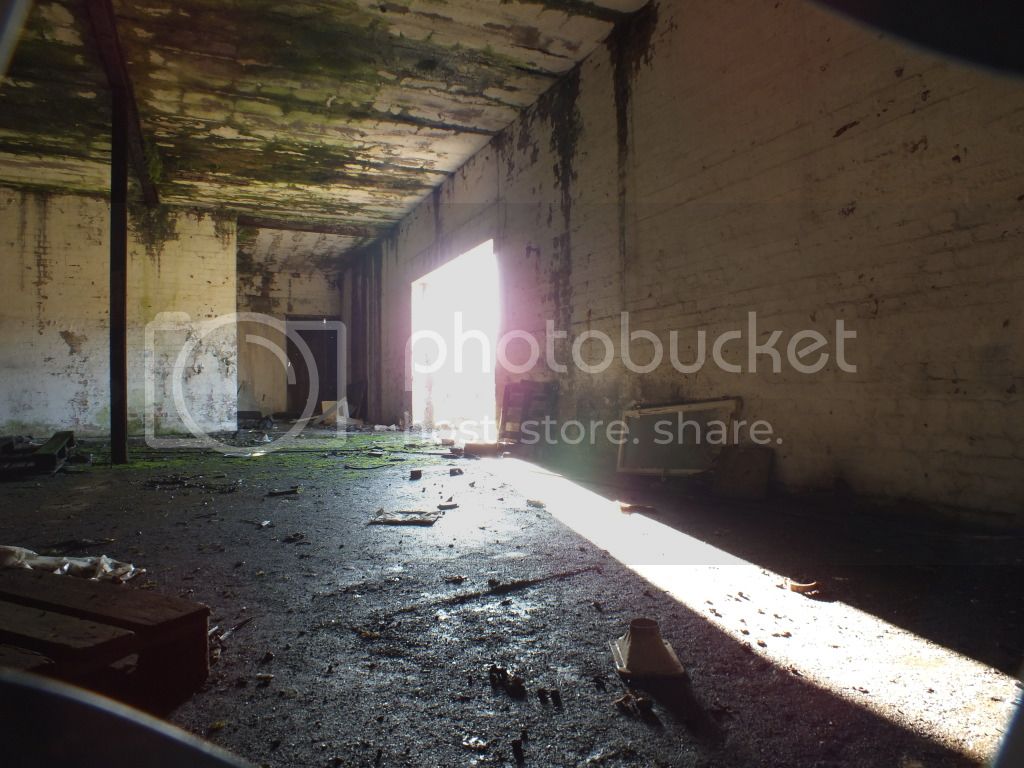 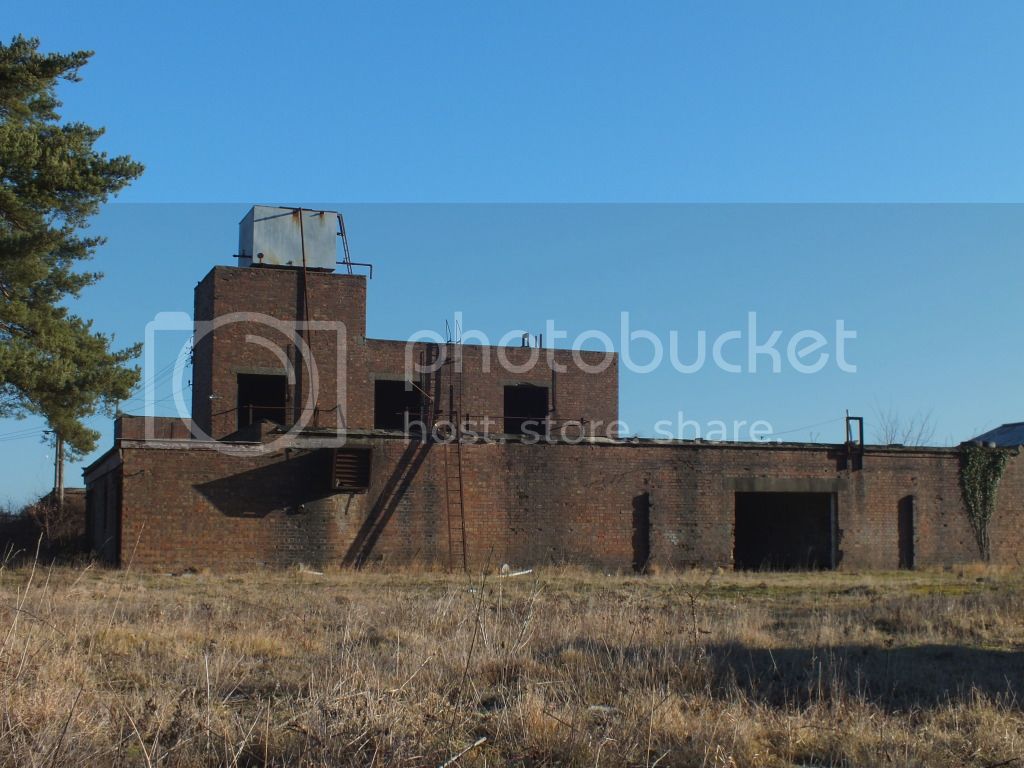 exterior of charging room,.. there was no way I was going up that ladder!! very wobbly!!.. 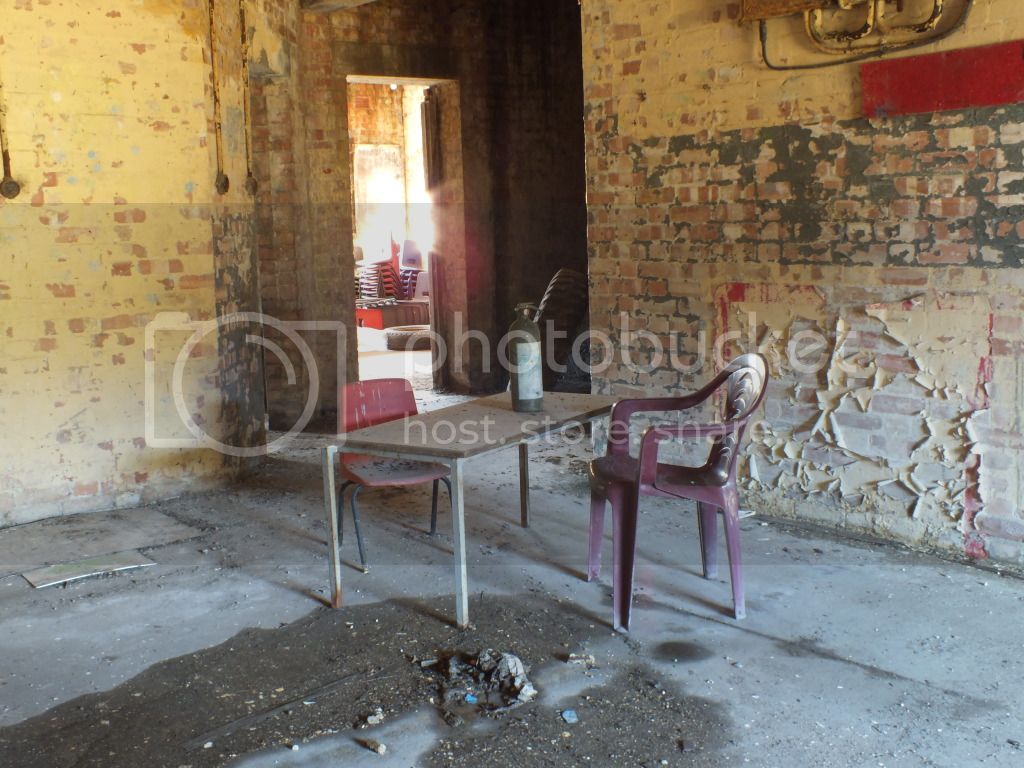 This is one of the two gas decontamination rooms on the site which doubled up as a mess room. Typical RAF decoration. 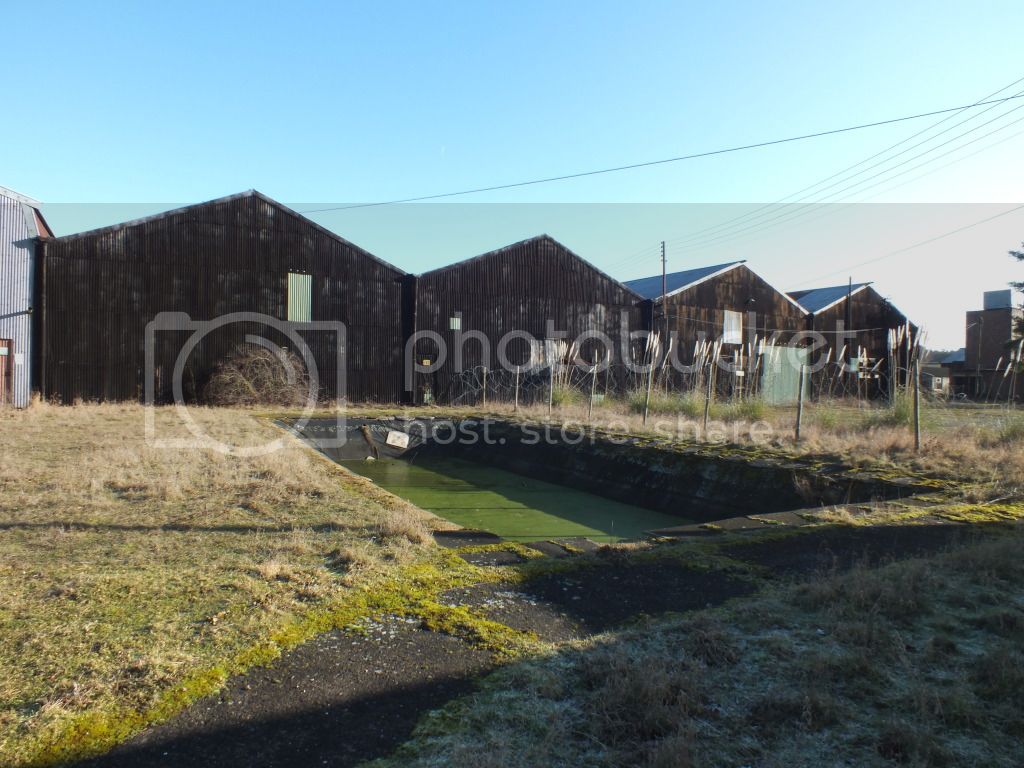 Huge storage sheds here were used to store empty mustard gas shells before being filled with the gas. Resivoir for outbreak of fire!! Fancy a dip!!..?? 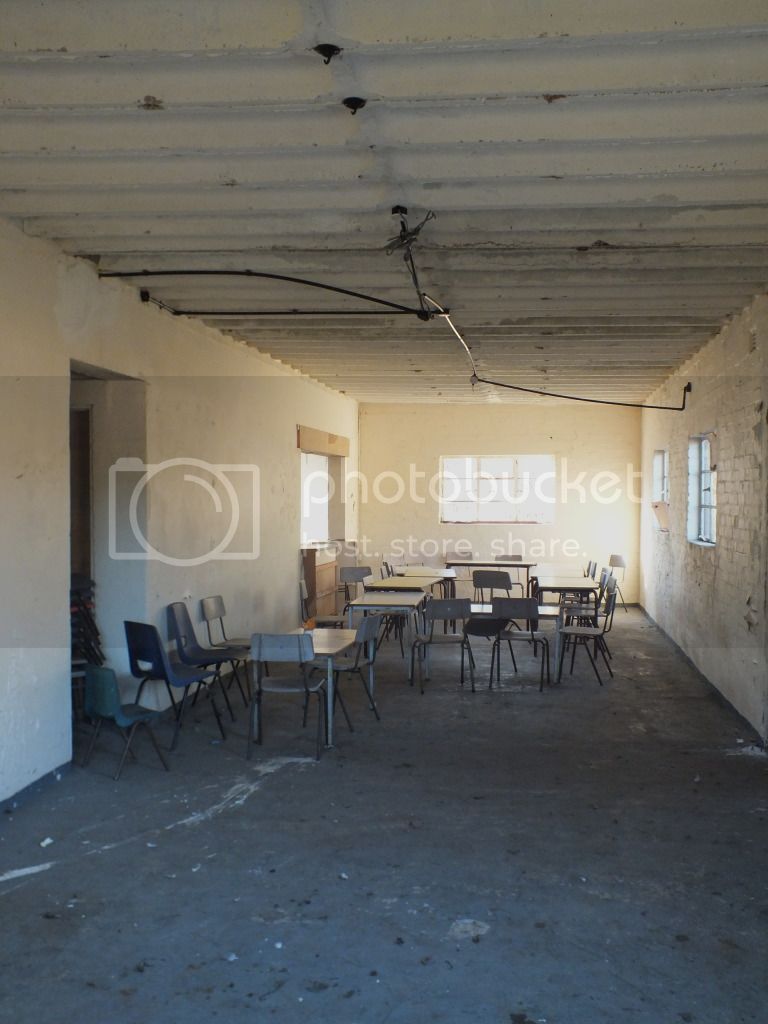 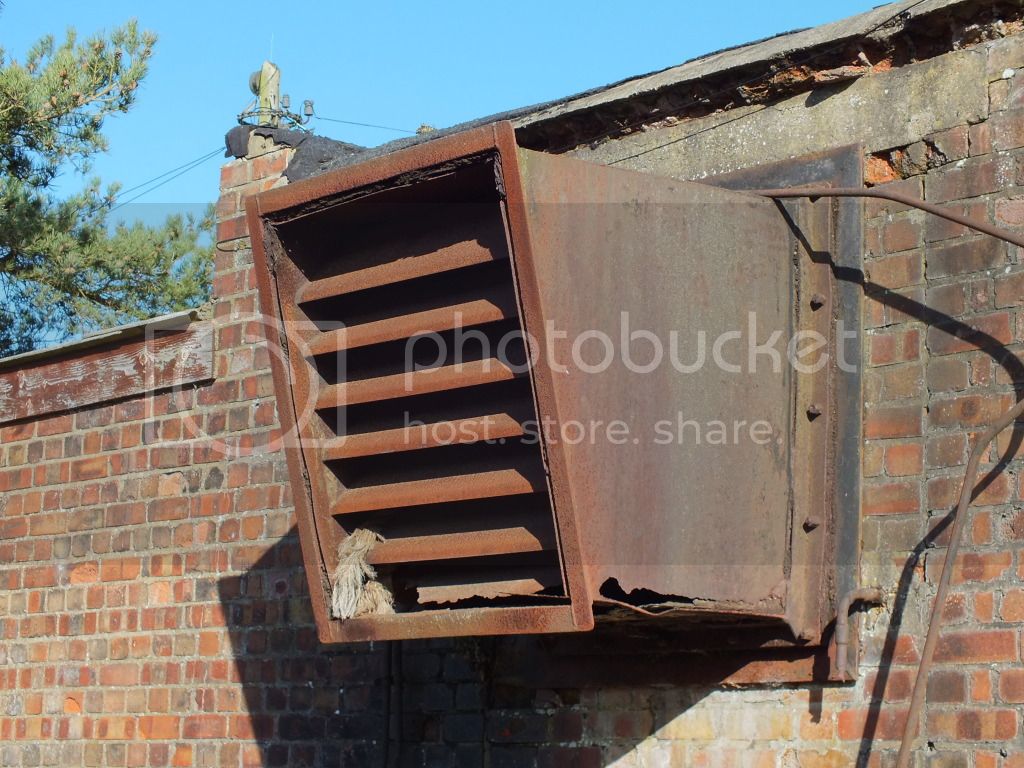 Huge rusted air vent on side of Charge room. 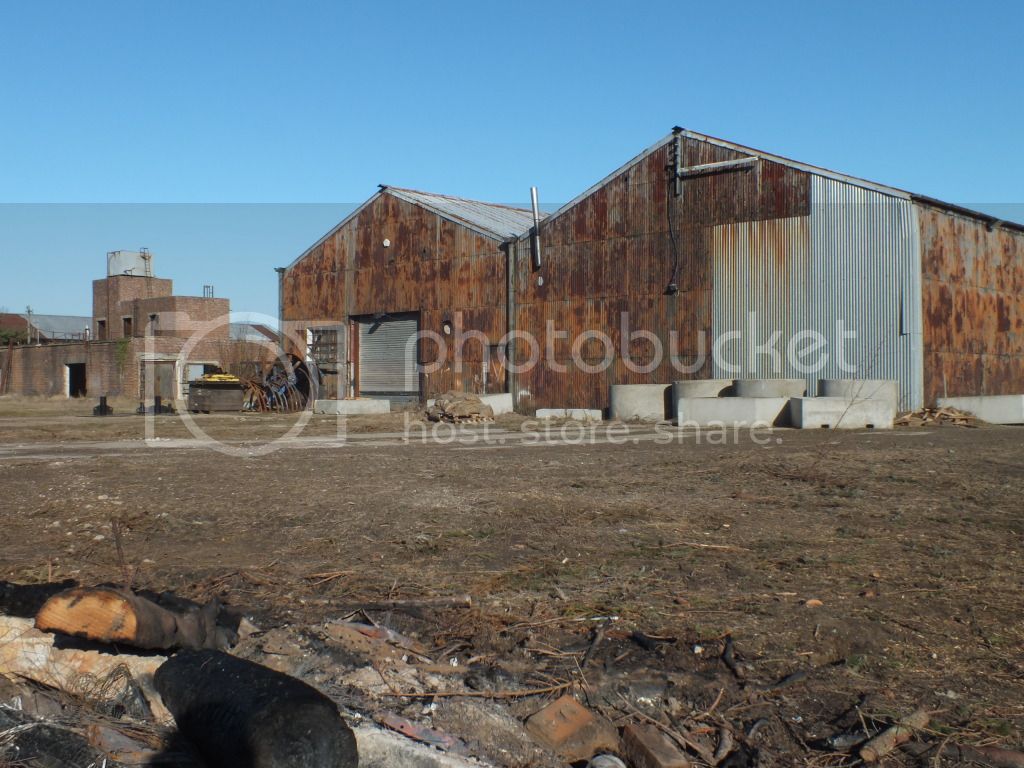 Loading depot which was connected to the now defunct railway line. 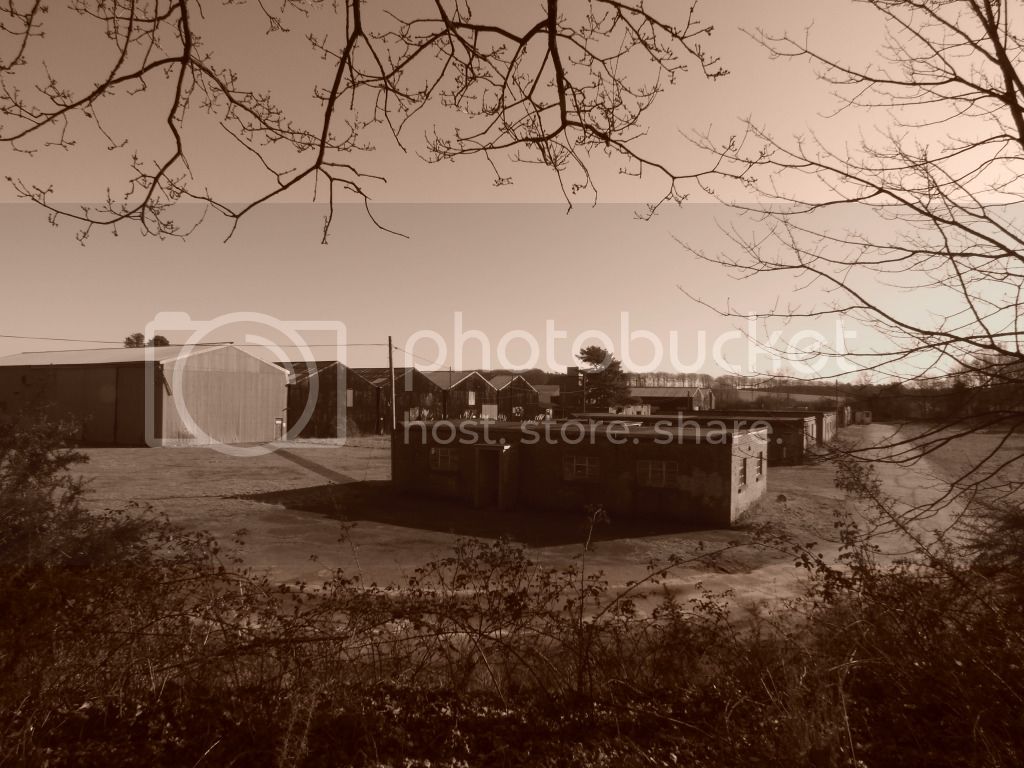 looking across the whole site in sepia. 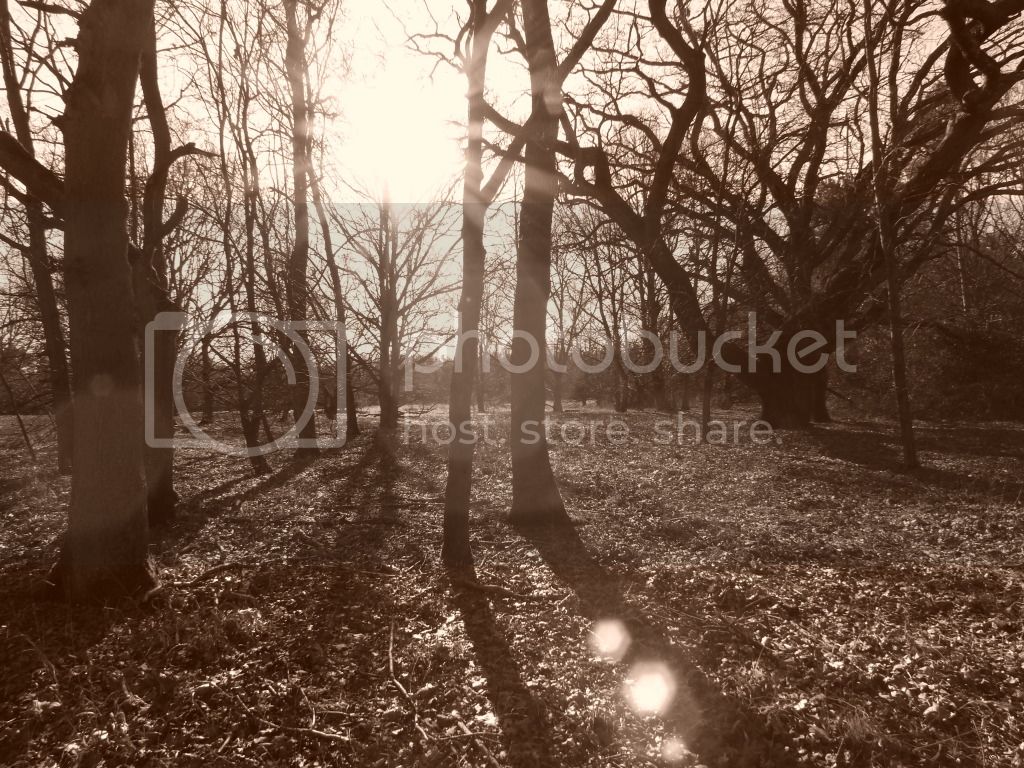 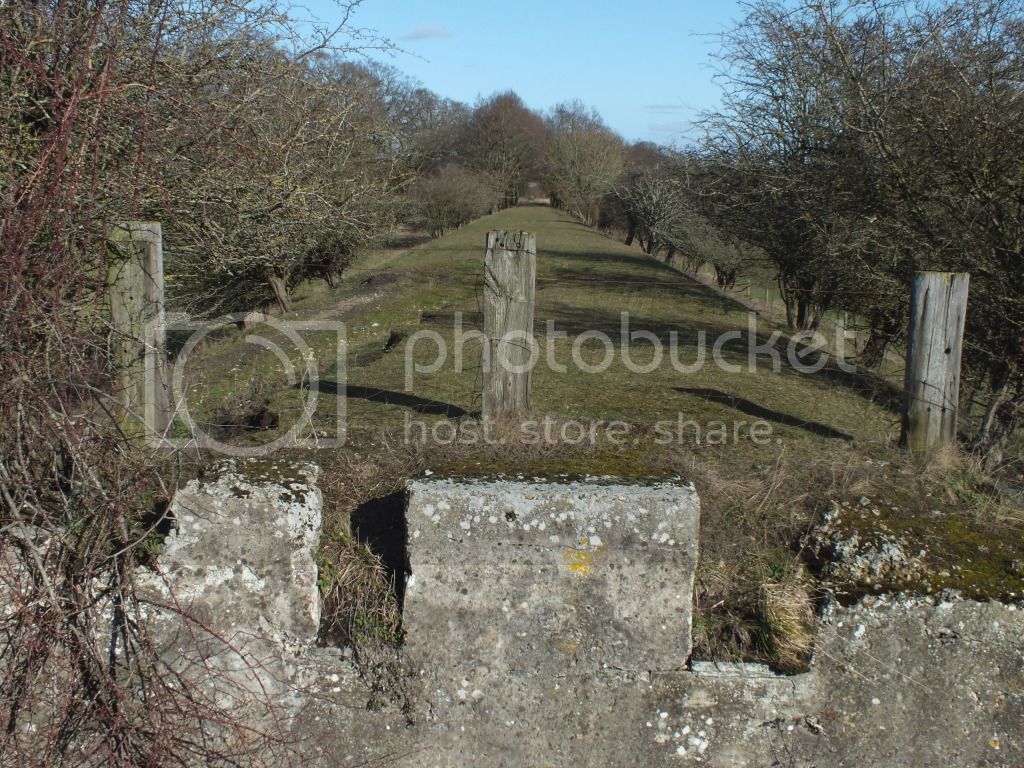 Trackebed of railway branch connecting to the FFD. 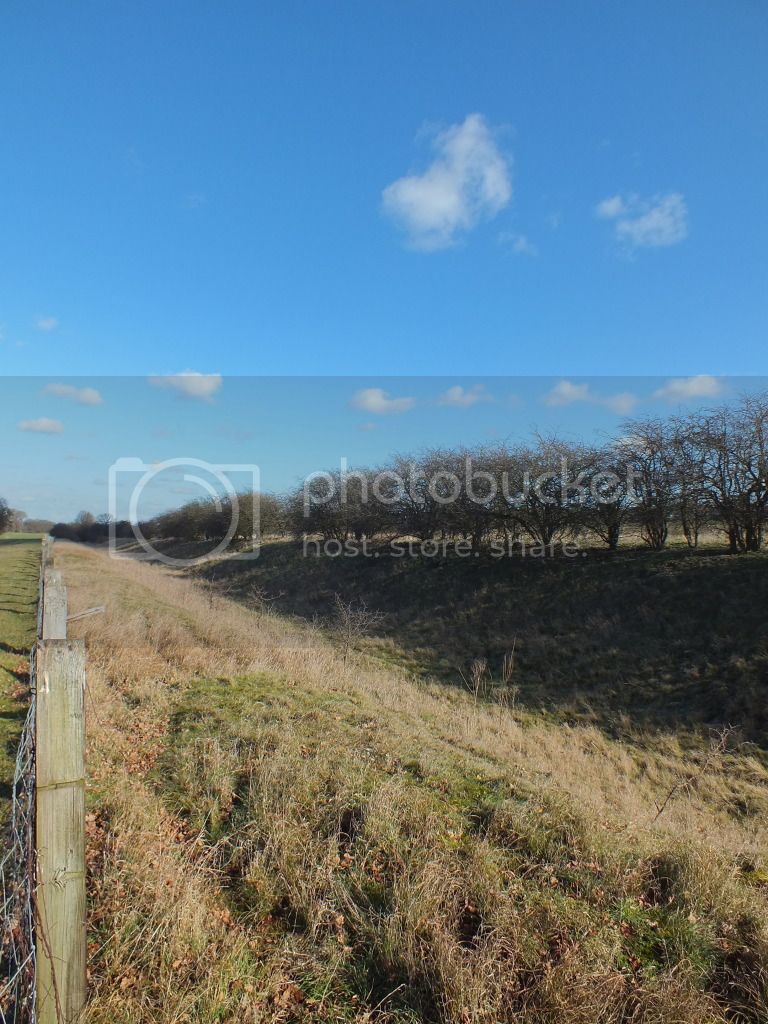 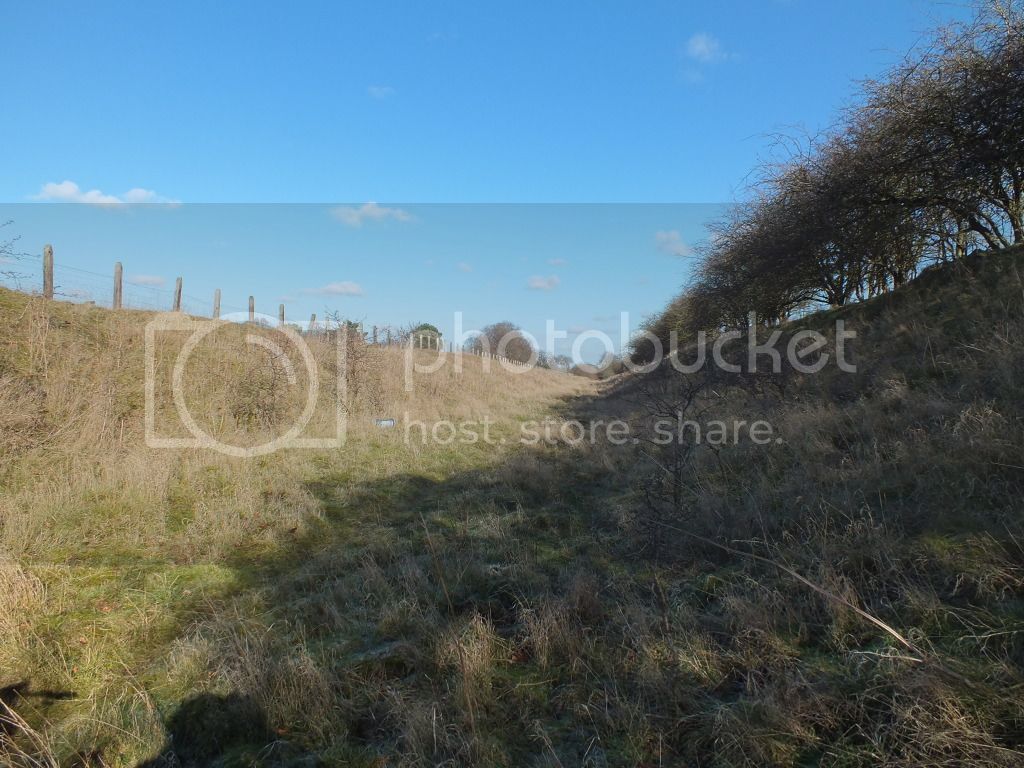 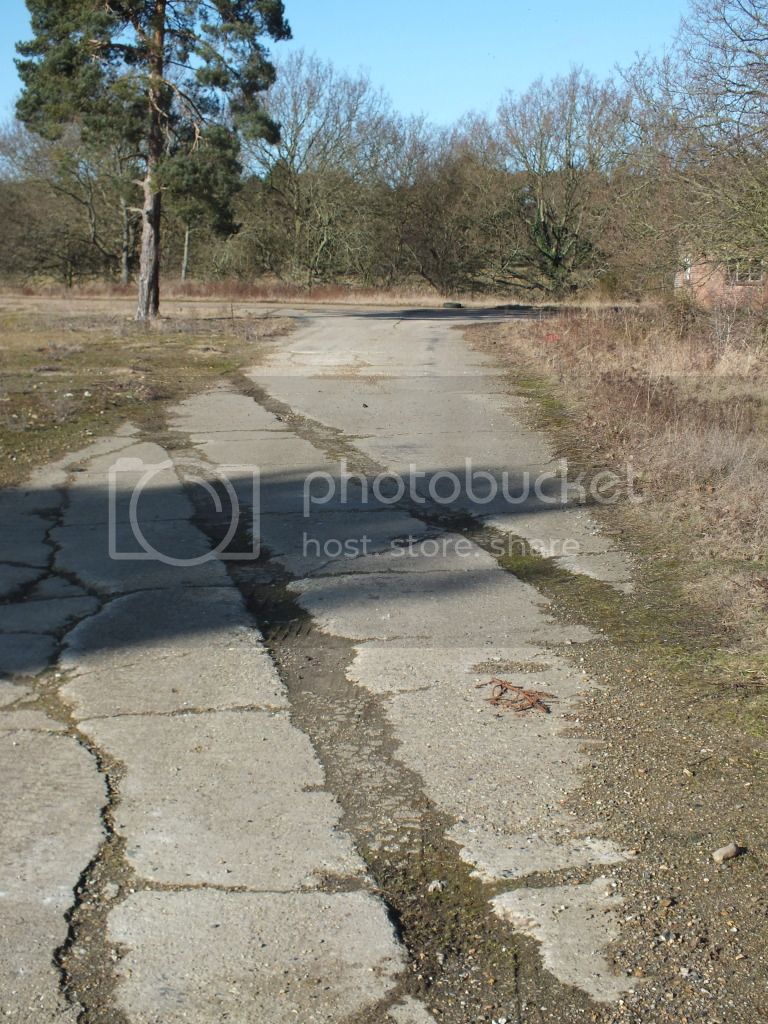 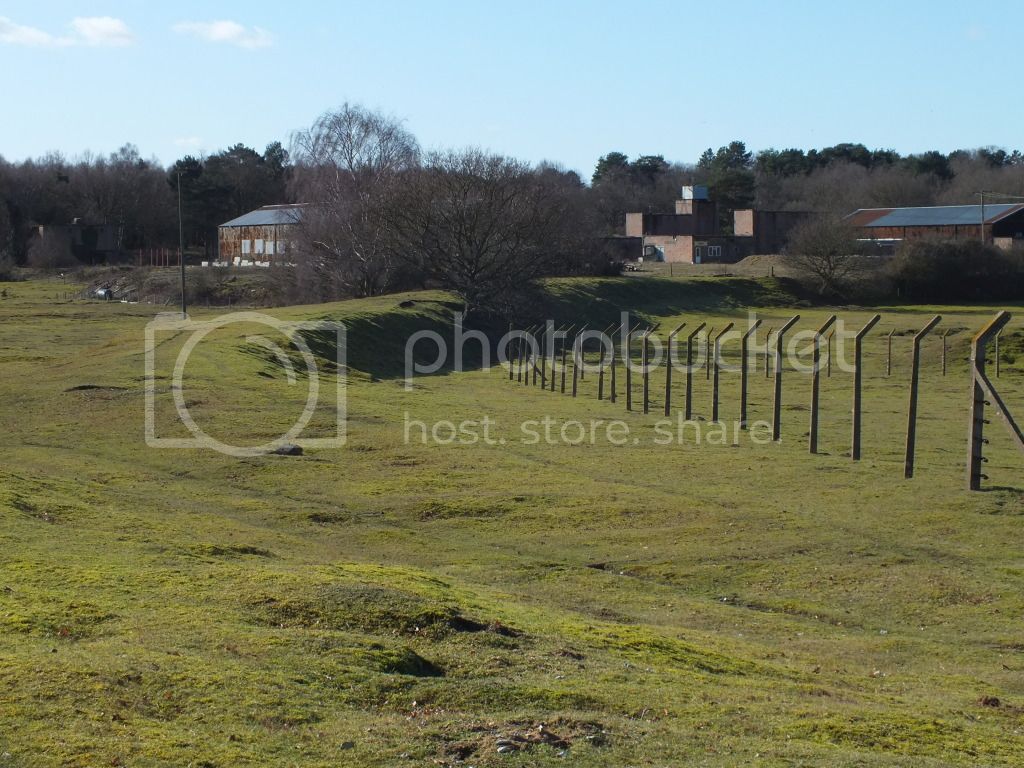 connecting spur from the main line to FFD 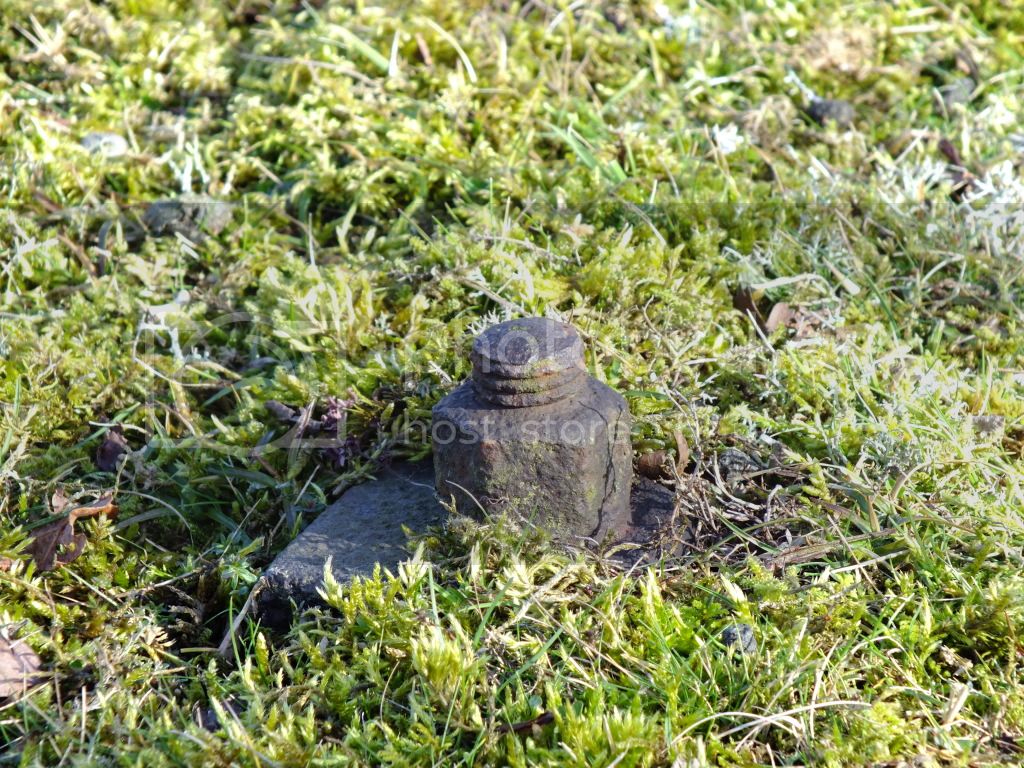 Remaining sleeper bolts on the trackbed. 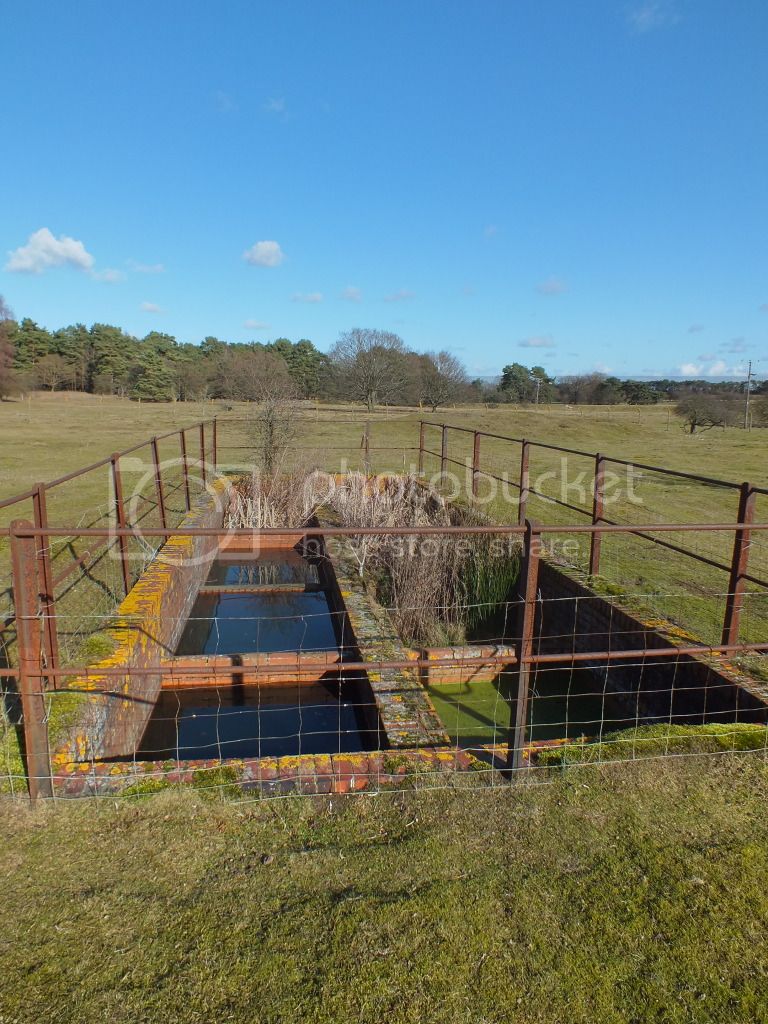 Mixing tank for effluent from FFD. 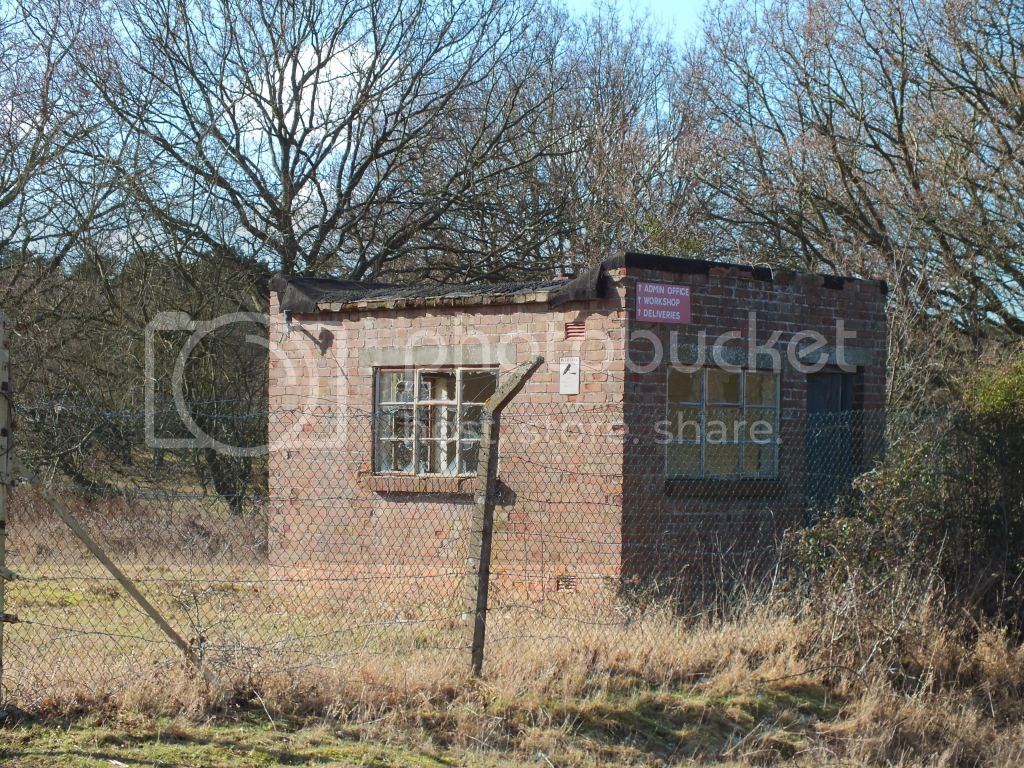 Quite a bit.... around a month actually.

Nice one again mate there is the remains of a mustard gas store up on the moors not too far from me but all thats left of it is the bases of the sheds
Last edited: Feb 19, 2012

Thanks Jonney... it was bloody freezing out there.

That water pool for fires, I personally would not be hanging around to put a fire out at a mustard gas factory lol, I would be making my cowardly excuses and fleeing

It was quite nice at RAF Morpeth (again) today for a change, looks like it was worth braving the cold mate

Certainly worth it. When you get a day like we did today in February.. you just have to make the best of it and get out there with the Fuji.!!

Thanks for that Bill.. glad I could share it with you all.

Black Shuck said:
Certainly worth it. When you get a day like we did today in February.. you just have to make the best of it and get out there with the Fuji.!!
Click to expand...

yeah mate my fuji got warmed up today lol

Good I bet... I was expecting you to don the rubber pants and drool suit when you saw this!!

What a crackin' site with a good bit bit of information too. Thank you so much for going out to this one... not such a bad place to visit now but I bet it wasn't a stress-free experience working there at the time!!

Curious Dragon said:
What a crackin' site with a good bit bit of information too. Thank you so much for going out to this one... not such a bad place to visit now but I bet it wasn't a stress-free experience working there at the time!!
Click to expand...

Nice shots Shuck, love the sepia tone ones adds a little more to the report

Priority 7 said:
Nice shots Shuck, love the sepia tone ones adds a little more to the report
Click to expand...

Cheers a lot P7.... I just thought t sort of went together well considering the history. Hope to see you next month fella!..

Black Shuck said:
Good I bet... I was expecting you to don the rubber pants and drool suit when you saw this!!

Well I wasn't going to let everyone know about that matey

jonney said:
Well I wasn't going to let everyone know about that matey
Click to expand...

brick or concrete mate it don't matter as long as it's ww2
You must log in or register to reply here.