1. The History
Nickergrove lead mine is in the Peak District area of Derbyshire on the slopes to the west of Cucklet Delph, due west of Stoney Middleton. Also known as Great Cucklet Mine, it is surrounded by numerous caves, ranging from short passages of only a few metres long to other cave systems that are more than 3km in length. The mine was driven along several scrins and pipe veins while intersecting a number of natural cavities enlarged by solution. The mine exploited small veins, via the use of crosscuts, small stopes and internal shafts.

It’s likely that it was first worked as a mine as far back as the 1750s and continued to be worked until circa 1900. The mine had three entrances in total. The most southernly was the mine’s main adit entrance that travels south-west until it reaches the main drive and the runs in a north-westerly direction. Slightly north of here is the pallette shaft. Nearby is what is known as the hillside entrance. Finally, the Didsbury shaft is north-east of here.

2. The Explore
Been meaning to revisit this mine for a while now as we had unfinished business here as we’d only really seen about a third of the mine on an earlier visit and missed the really interesting features. Previously we headed in via the main cross-cut adit then turned right along the main drive, we came to winze with an old telegraph pole across it. Being ultra-careful, we decided not to traverse it and we decided to turn around and wend our way back.

We followed the same route as last time, but this time, however, we had our mate with us who is SRT trained. He popped down the winze (or main internal shaft) to check out what was down there. He then rigged-up a safety line so we could pass the winze safely. After negotiating the winze, we continued along the main level for approximately another 50 metres as it got smaller and smaller. We then popped out into the wonderful rift chamber. We scrambled down to the chamber floor with the help of an old (but sturdy) wooden ladder. At about 10m high and 40m long, the chamber was the highlight of the trip. At the base of the chamber wall at the north-west end, the main level continued. It was a comfortable height to stand but was seriously muddy. Interestingly, the original tramming rails and sleepers were in situ. The gauge was very narrow, and the mine carts must have been pretty dinky. We kept going along the level for a further 120m until we reached a collapse which had previously been excavated in 1995, but subsequently collapsed again. So, it was time to turn around and retrace our steps. 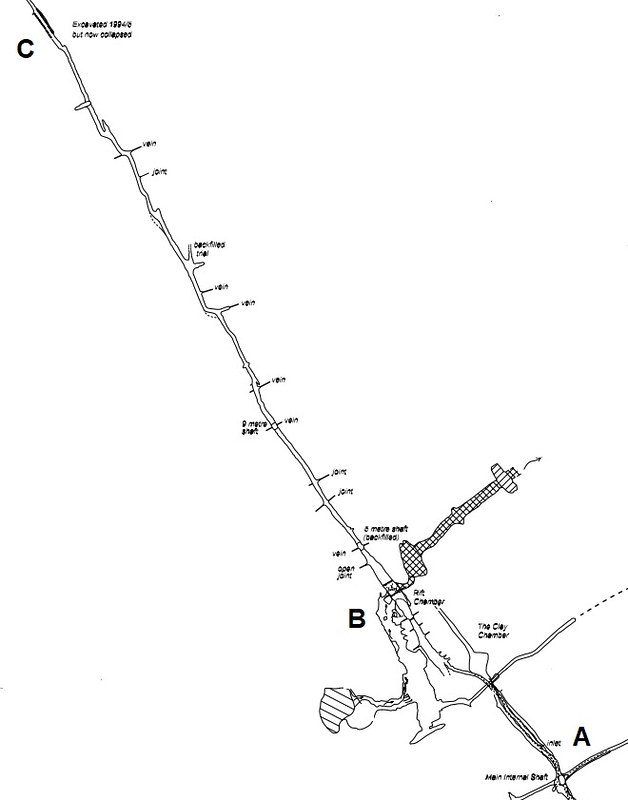 The mine was really muddy and a bit cramped so only whipped out the DSLR in the rift chamber, briefly. Hence the majority of the photos are phone pics. Not the greatest quality but you can still get the feel of the place.

The delph which you go along to access the adit has changed since we last came here last November. It’s now carpeted with a mass of wild garlic: 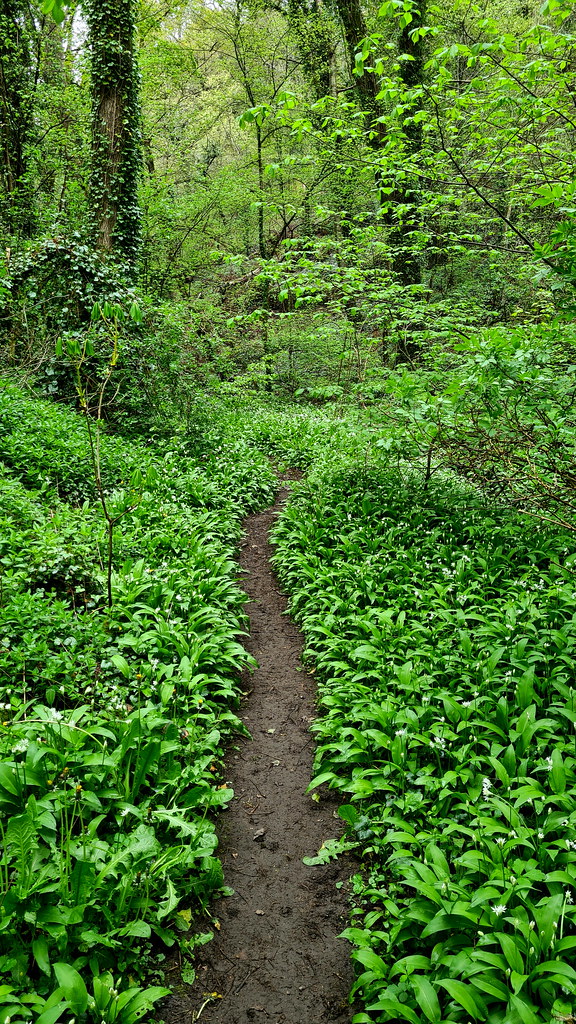 After a brief scramble, we’re at the adit entrance: 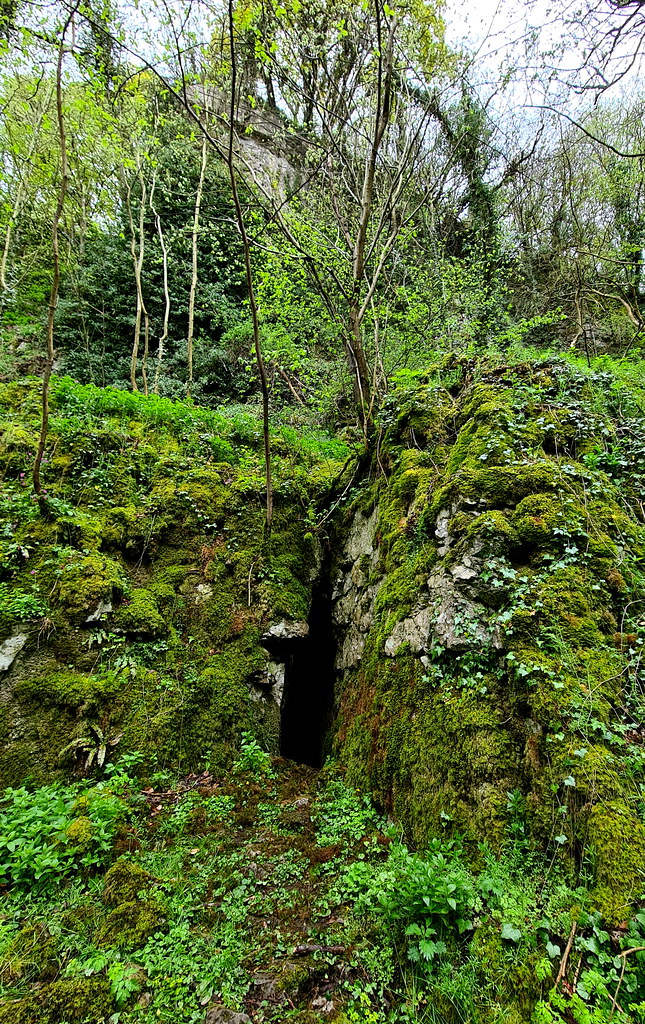 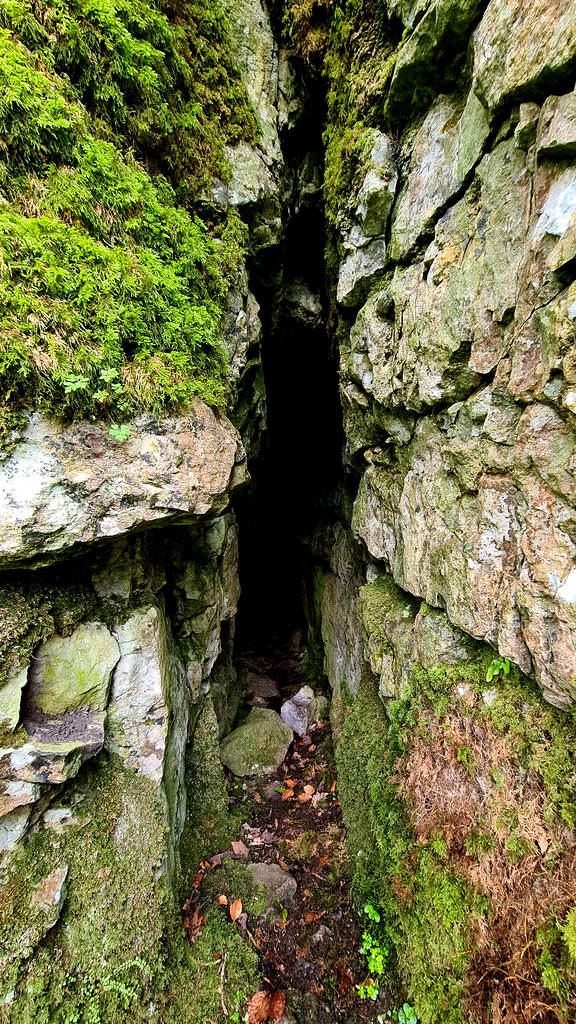 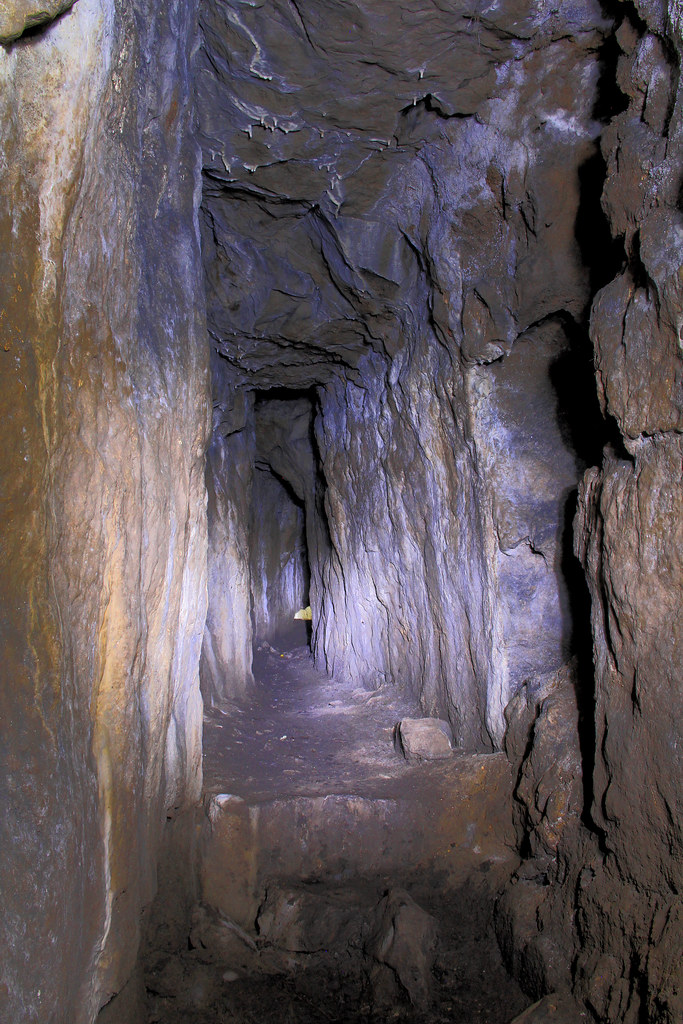 Turn right and along: 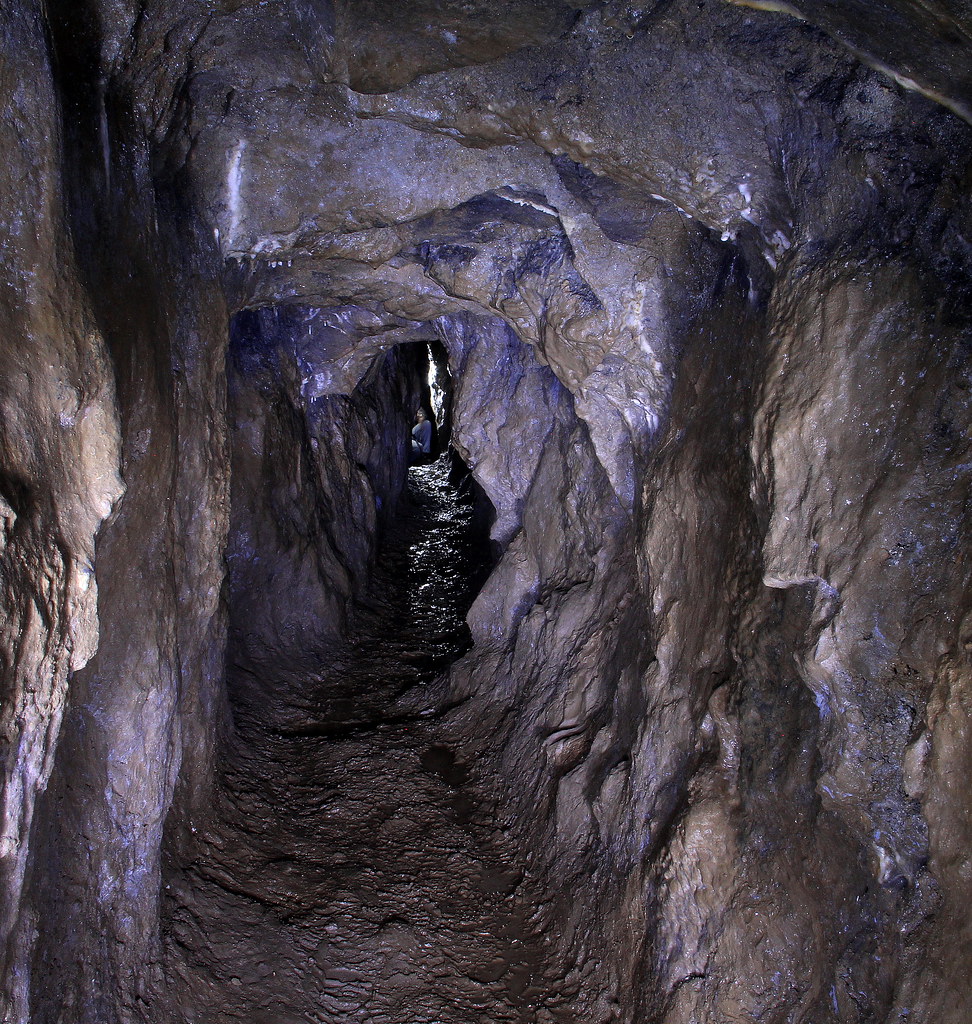 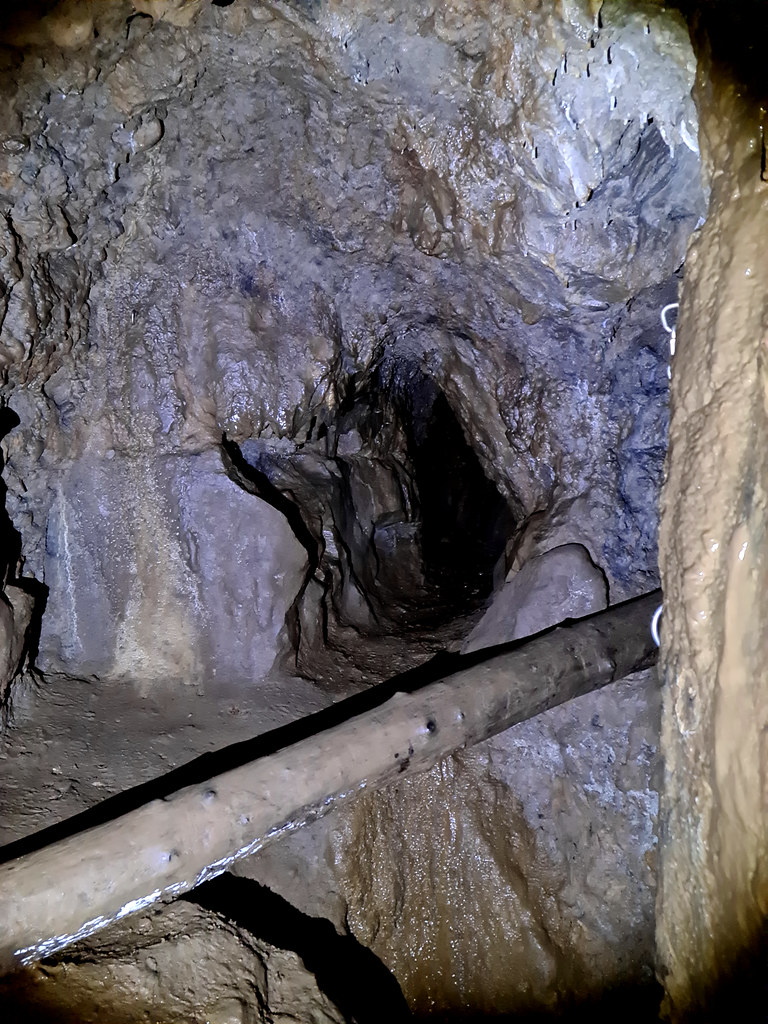 And then after continuing for a short while, we pop out into the Rift Chamber: 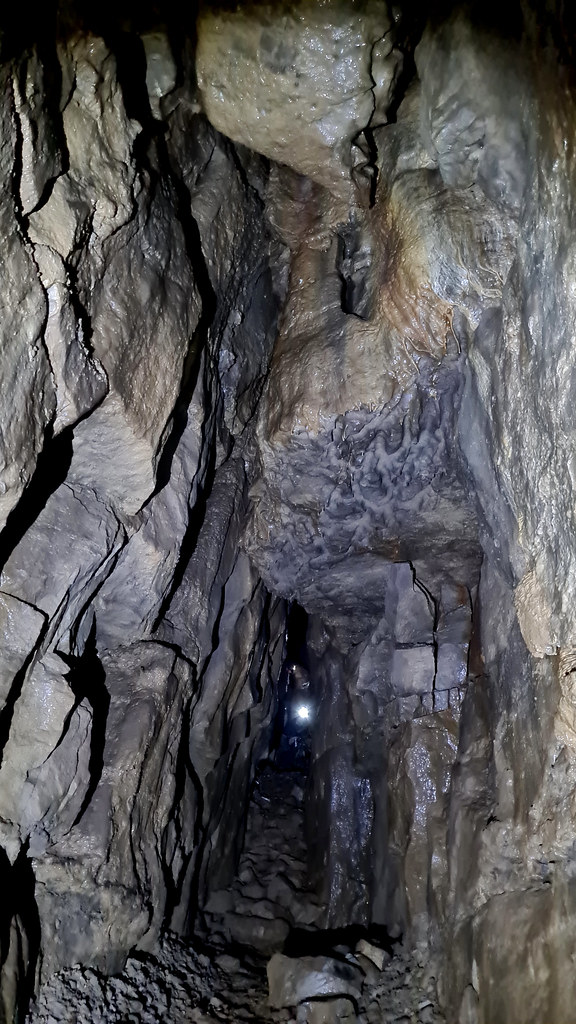 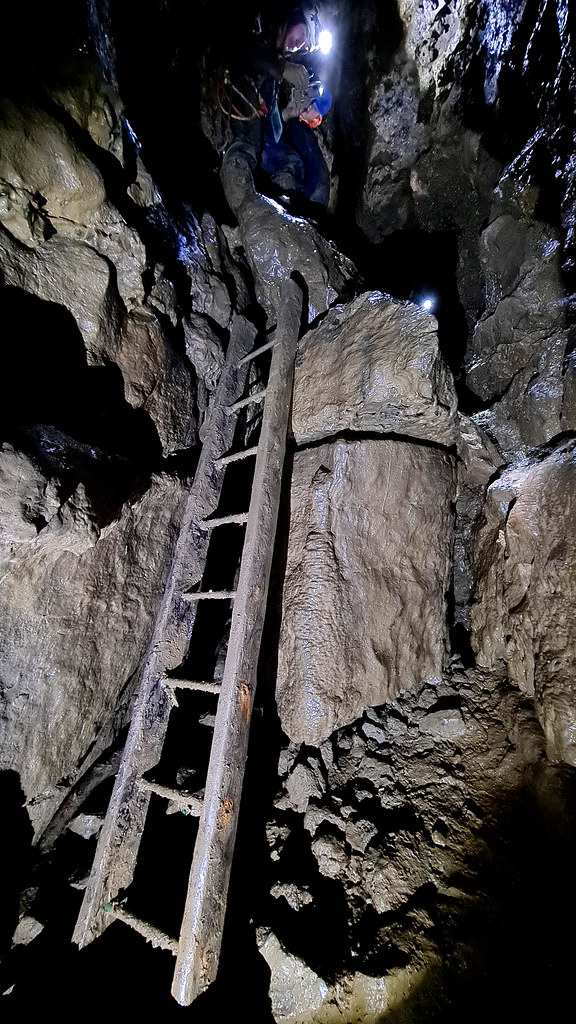 Upper reaches of the rift chamber: 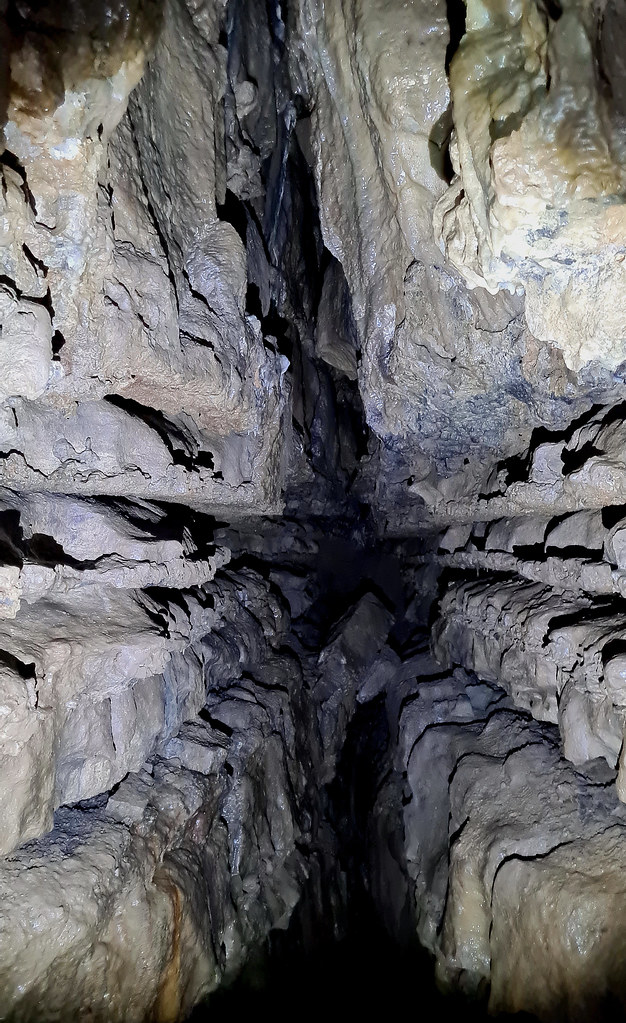 You really can get a feel for the different rock strata here: 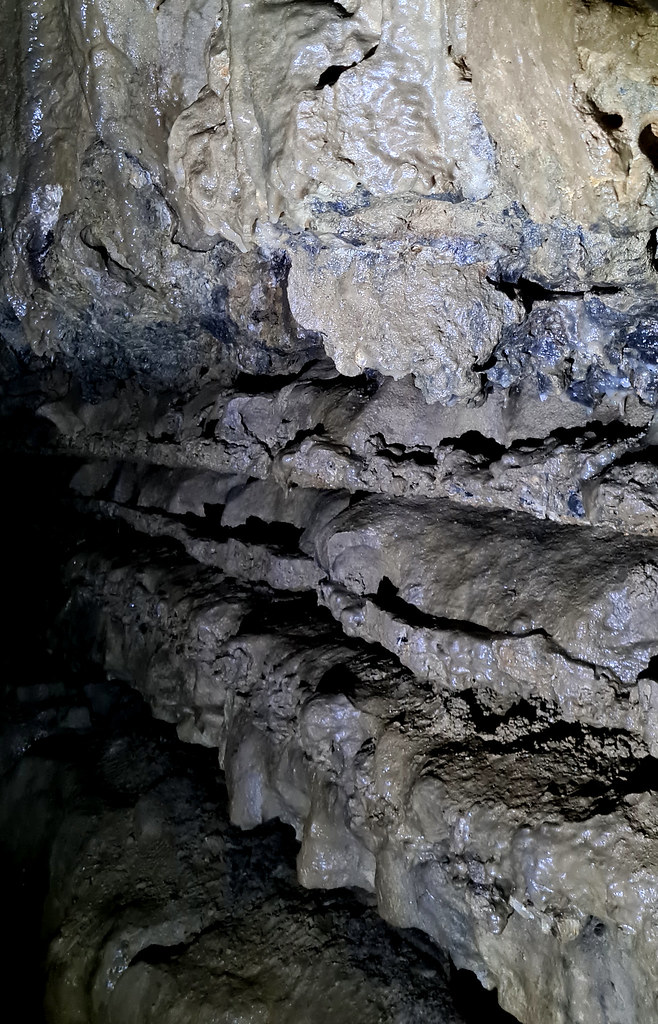 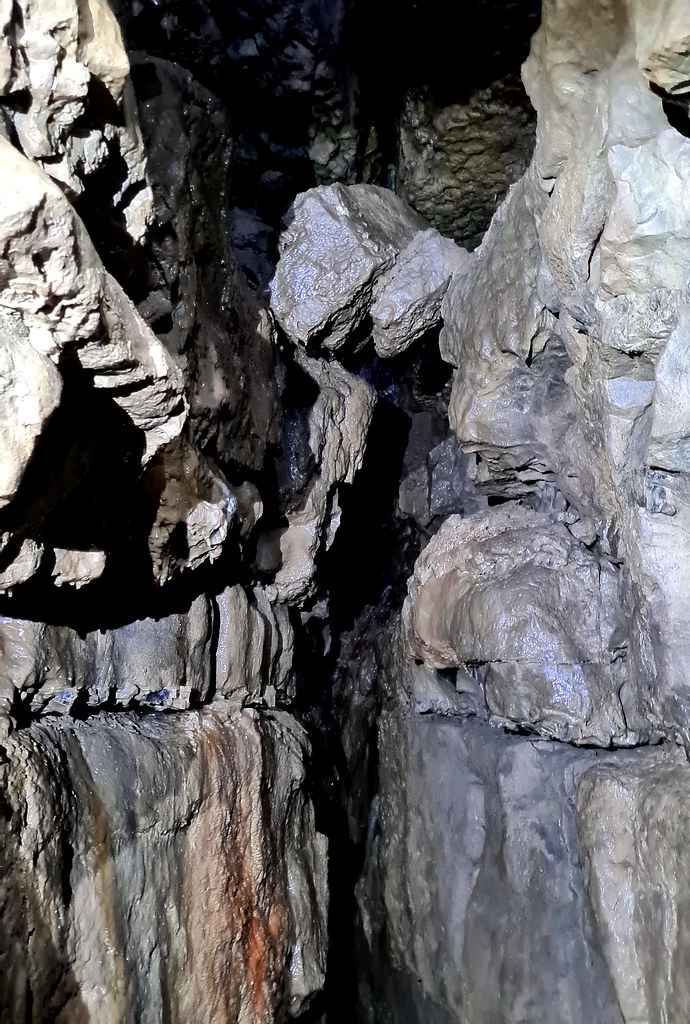 Looking up at the chamber’s roof: 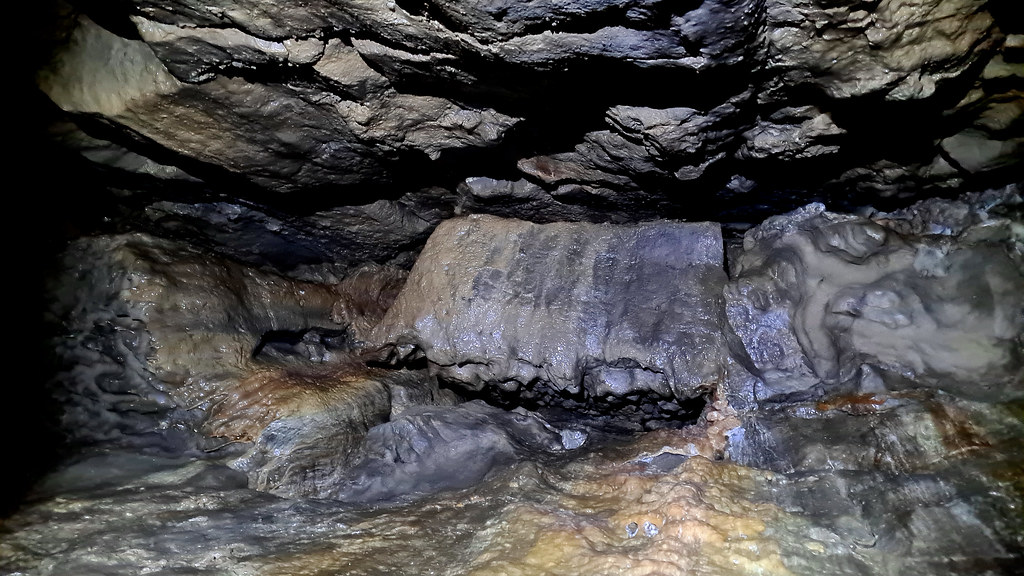 And another roof shot: 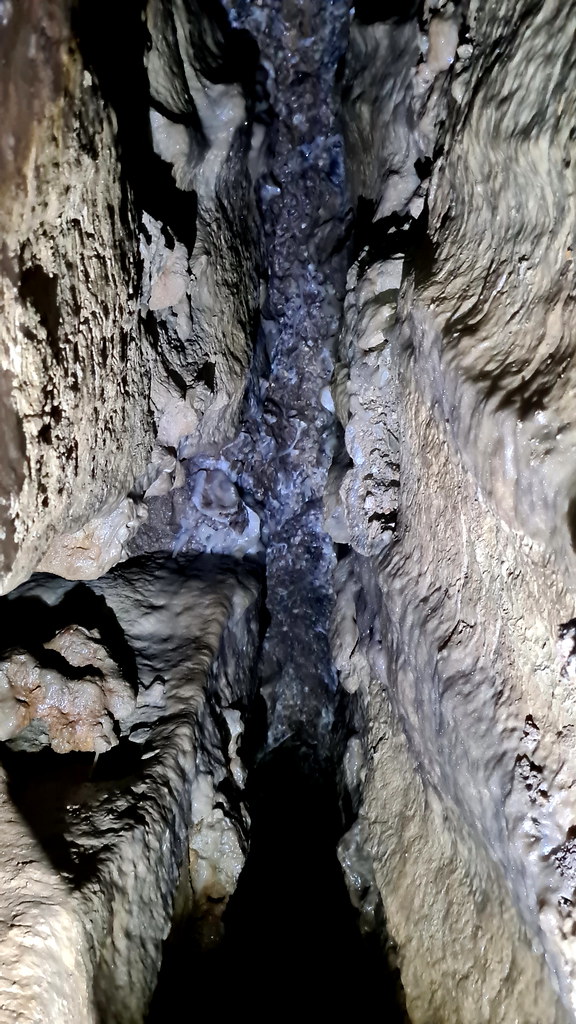 The back wall with the continuation of the main level: 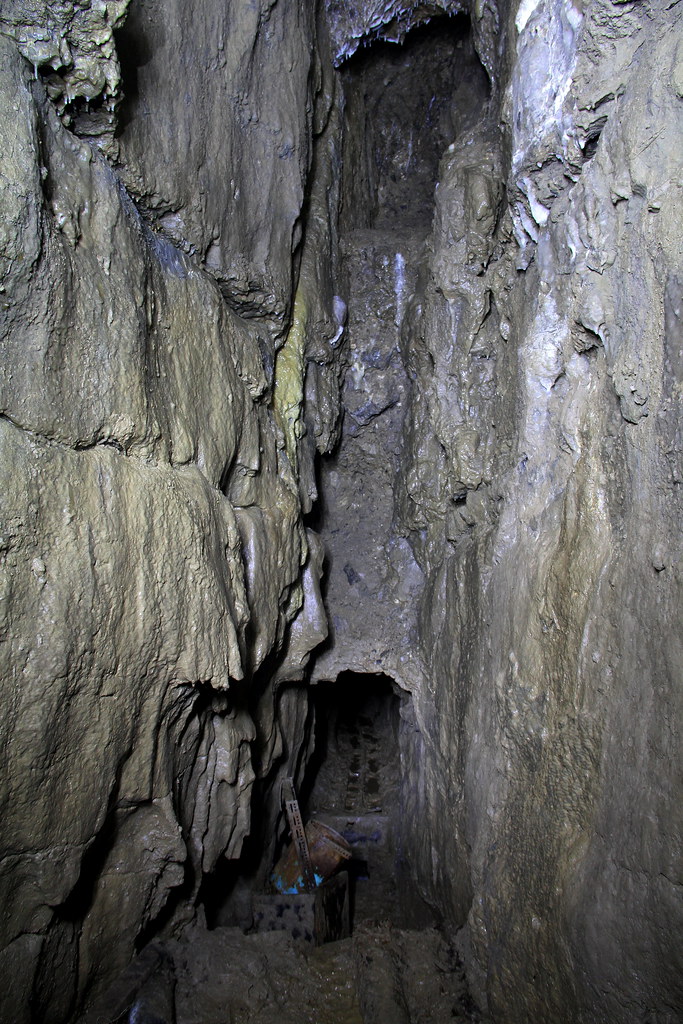 And a detail of a little higher up: 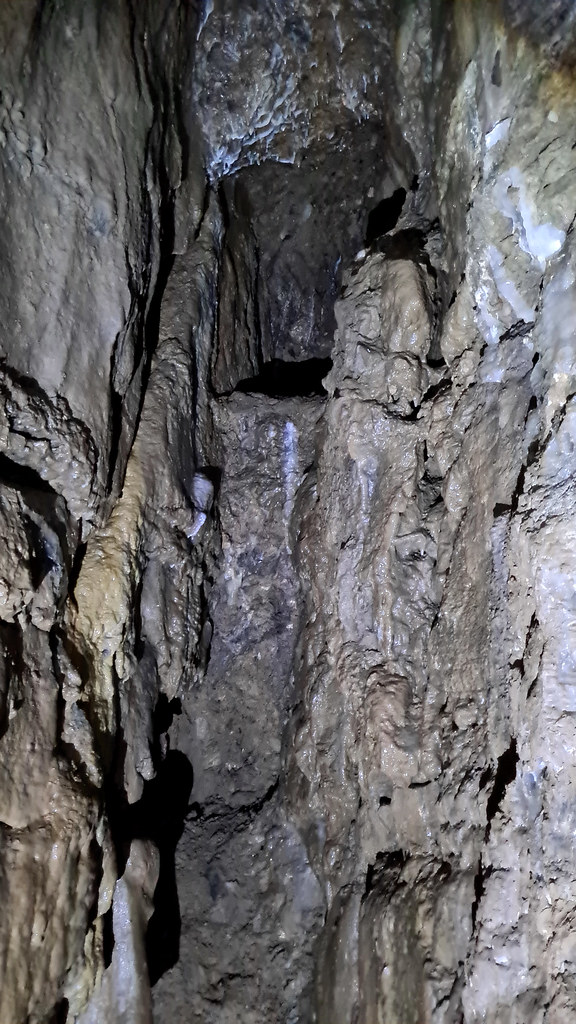 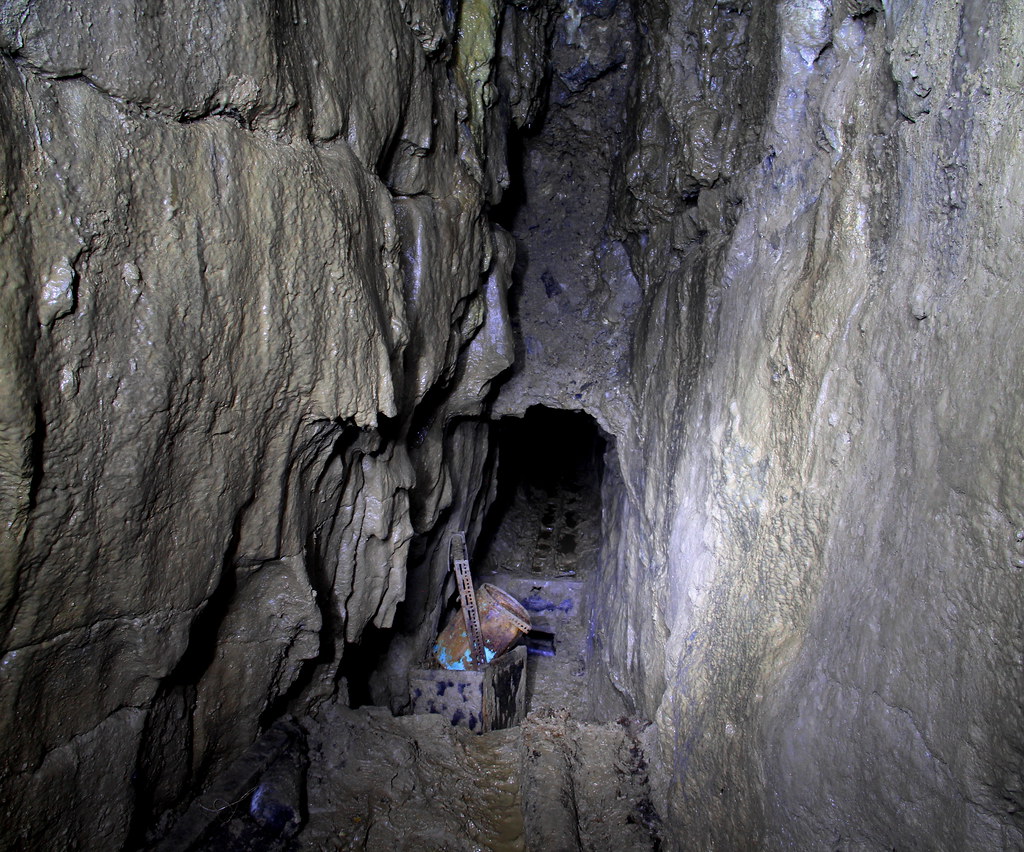 Past some old mining utensils: 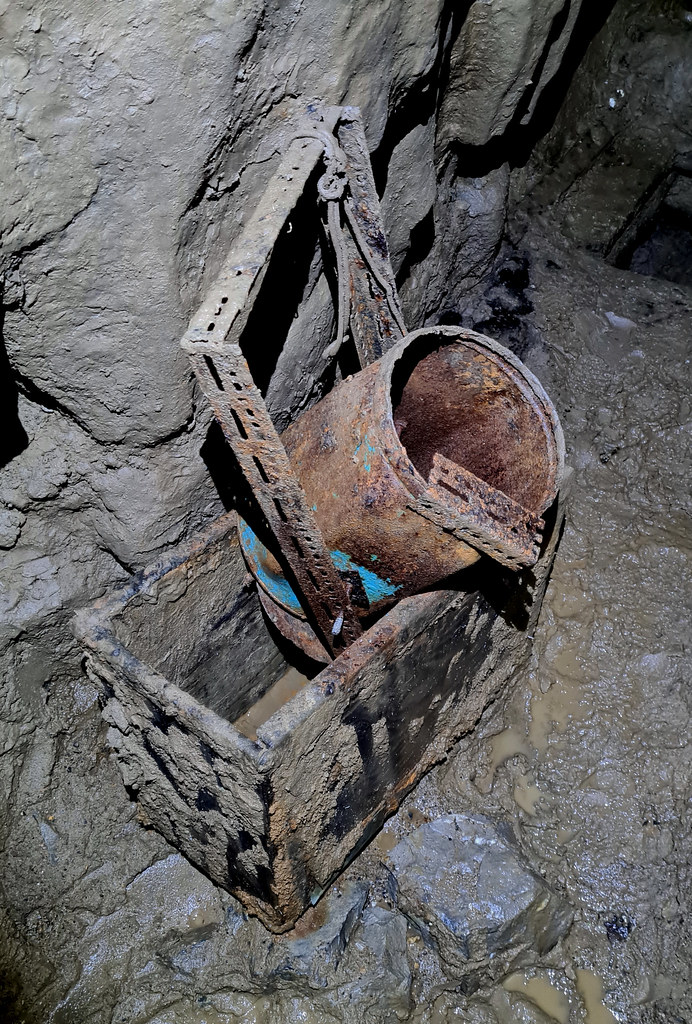 And over this five-metre backfilled shaft: 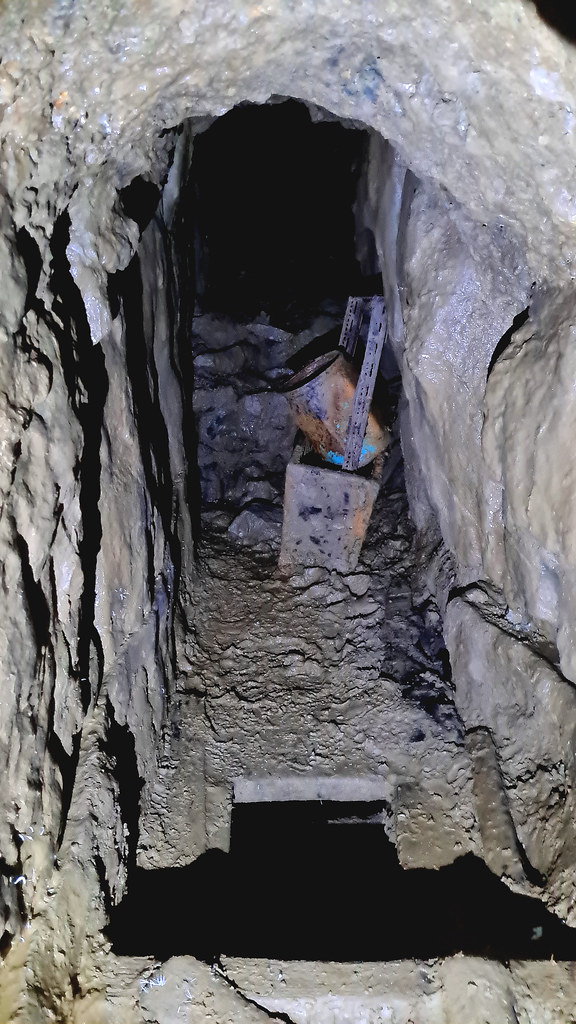 To the right be go: 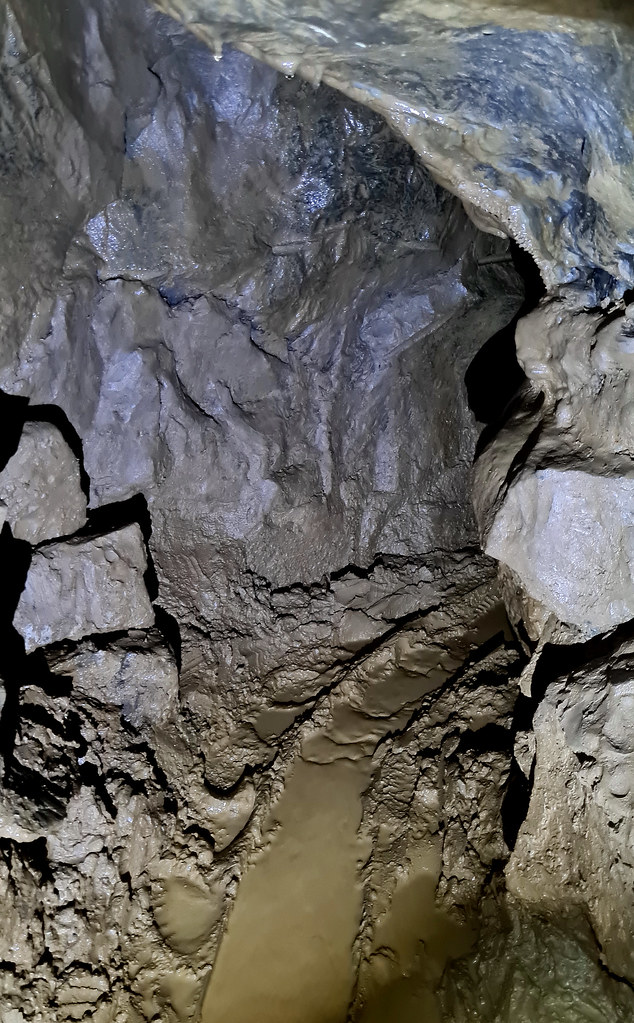 And to the left: 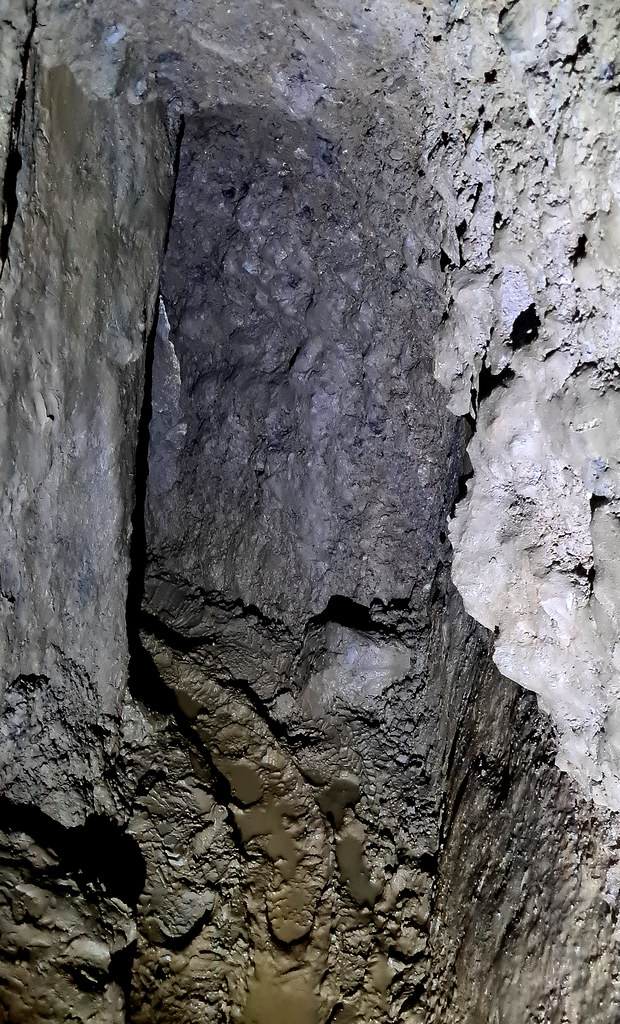 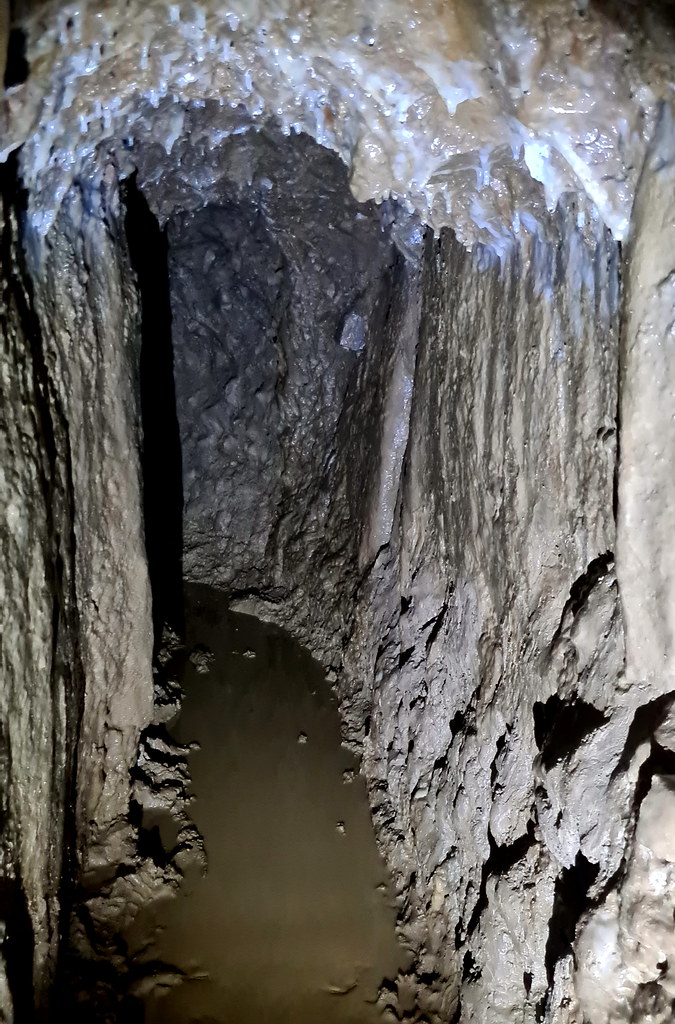 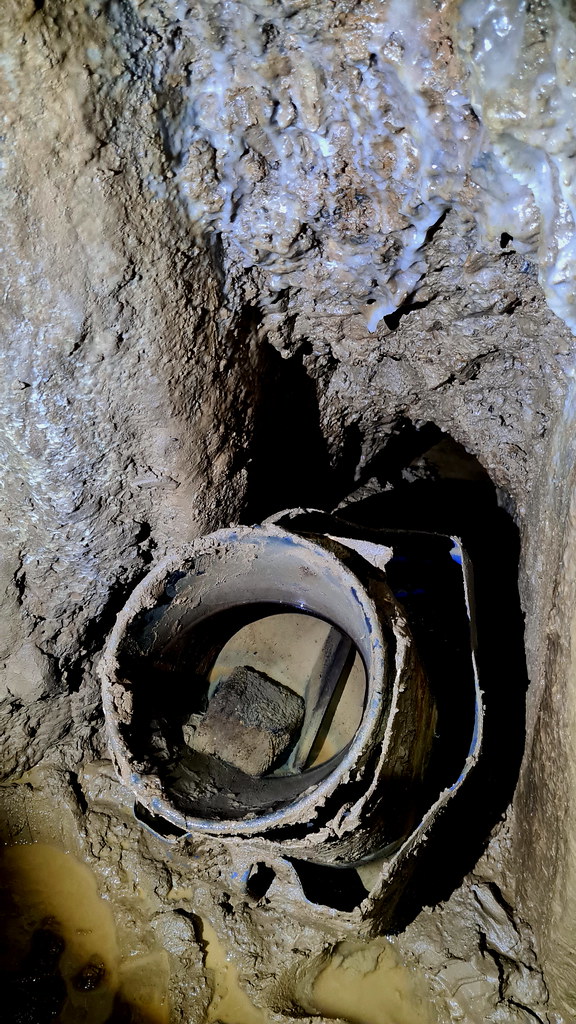 And a small stack of deads: 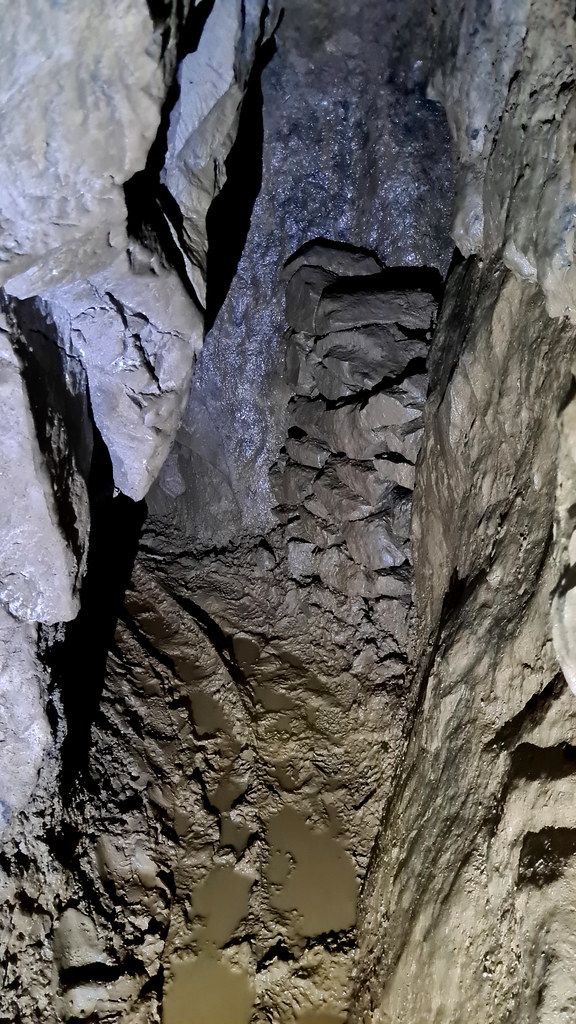 This one really captures the full-on muddiness of the mine: 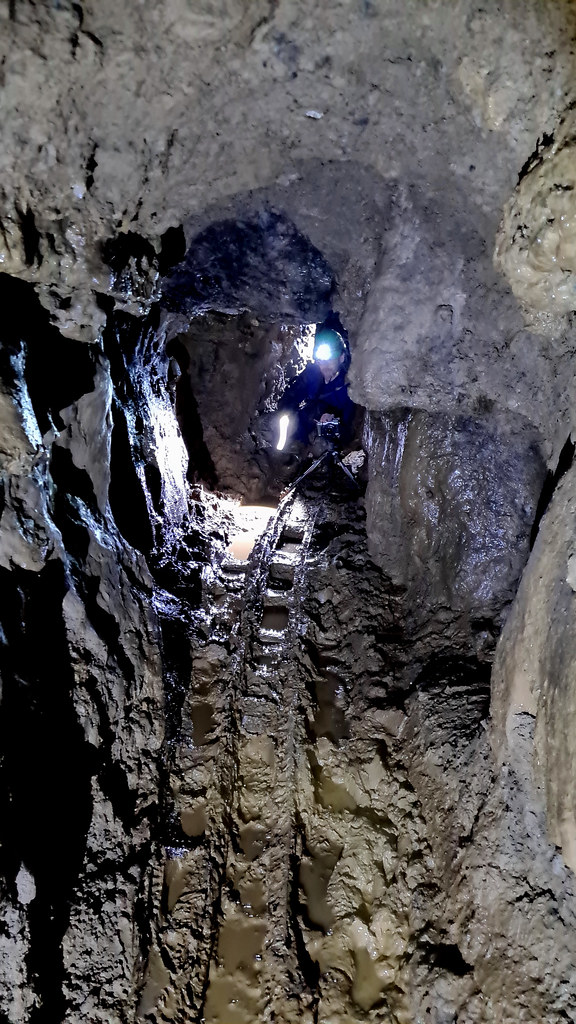 Time to retrace our steps. Back out of the Rift Chamber: 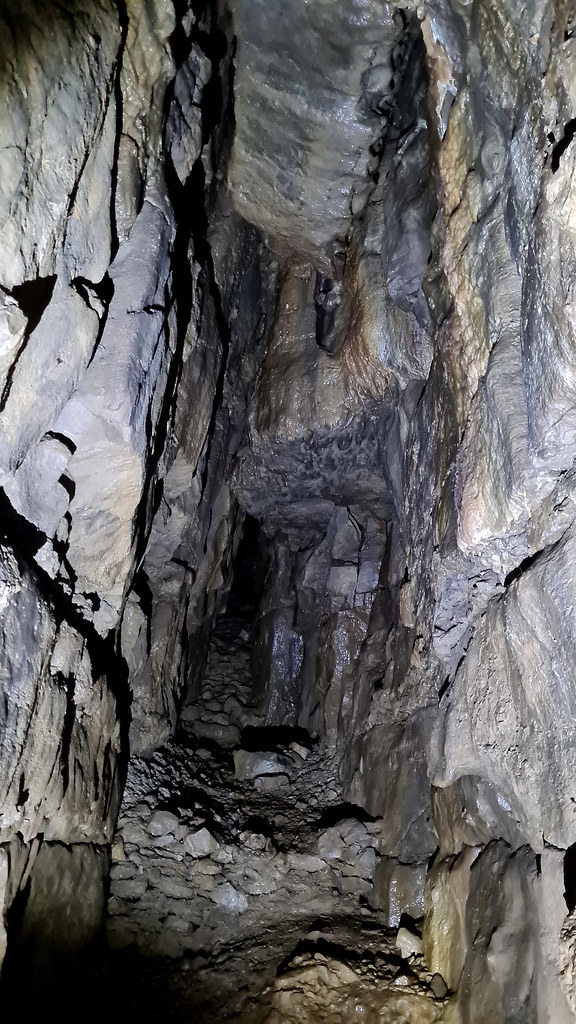 The report wouldn’t be complete with a shot of the pretties: 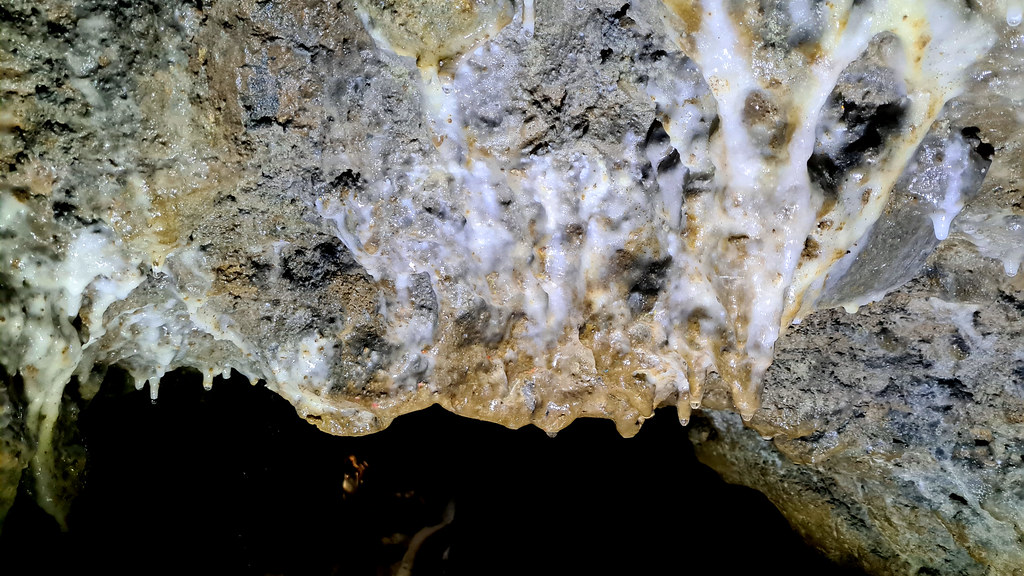 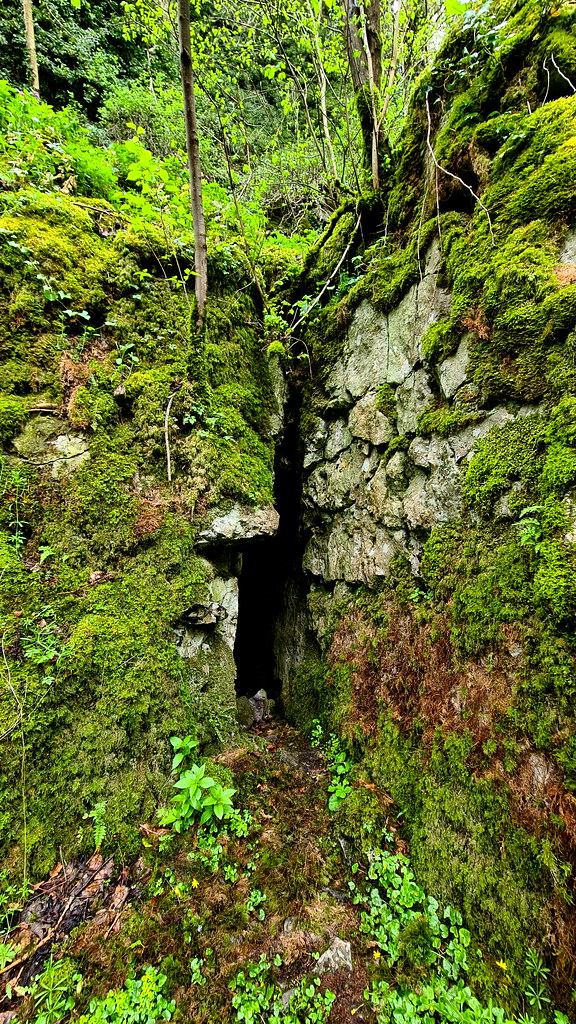