This was the first tunnel of the day found with help of drone in end.Although not the best for its age its very good. Suffers a lot of flooding in certain parts thats why i never got to the other end but did get all 3 shafts.

On 21st July 1845, a Parliamentary Act was passed authorising George Hudson's York & North Midland Railway to construct a 18½-mile line connecting Church Fenton with Harrogate. The route was staked out two months later and opened as far as Spofforth on 10th August 1847. The remainder of the line into Harrogate involved major engineering works including the 31-arch Crimple (Valley) Viaduct and two tunnels totalling 1,240 yards. It was completed on 20th July 1848. The whole venture cost the company £607,000. The route was unfavourably graded, with one 5½-mile section rising continuously at 1:101 or steeper.

Also known by the names Crimple and Prospect Hill, the 825-yard Prospect Tunnel pushed the railway in a straight line under Follifoot Ridge. Three brick-lined ventilation shafts were provided, the deepest being 80 feet. These are identified by ceramic tablets in the west sidewall and located approximately 202, 358 and 520 yards from the southern entrance. It was down one of these shafts that 24-year-old banksman Ward Dickinson fell 66 feet to his death on Thursday 11th March 1847.

The portals are built entirely in stone, with large voussoirs and a prominent string course. Movement of the south portal has caused cracks to appear between it and the lining, particularly near the crown. Attached to the headwall at the north end is a sighting board for the Section signal that was located on the immediate approach.

Horseshoe shaped in profile, the tunnel was originally lined in masonry but many brick repairs have subsequently been carried out, particularly through the middle section. The stone blocks forming the side walls are locally much bigger than those used in the arch. Close to the north end, about 30 yards of lining suffers from considerable distortion, with each length having a different profile to those adjacent. Some lengths have been taken down and relined in brick whilst others benefit from strengthening. Elsewhere, the profile is also variable, but to a lesser extent.

Shallow refuges are inserted at both sides of the tunnel, some have brick arches whilst others use iron lintels. Signalling pulleys remain in situ near the base of the west wall. There is significant water ingress in places, resulting in areas of standing water - not helped by a road embankment blocking the approach cutting just beyond the south portal.

The section of line from Wetherby South to Crimple Junction was amongst the first to be closed as a result of the Beeching recommendations, being torn from the Sectional Appendix on 6th January 1964. 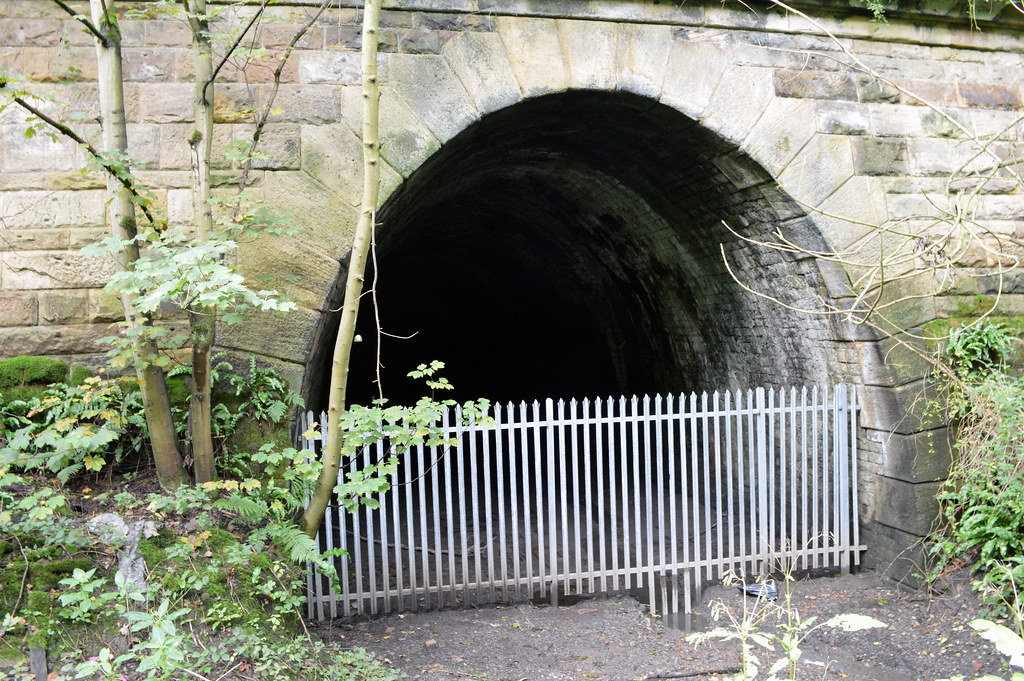 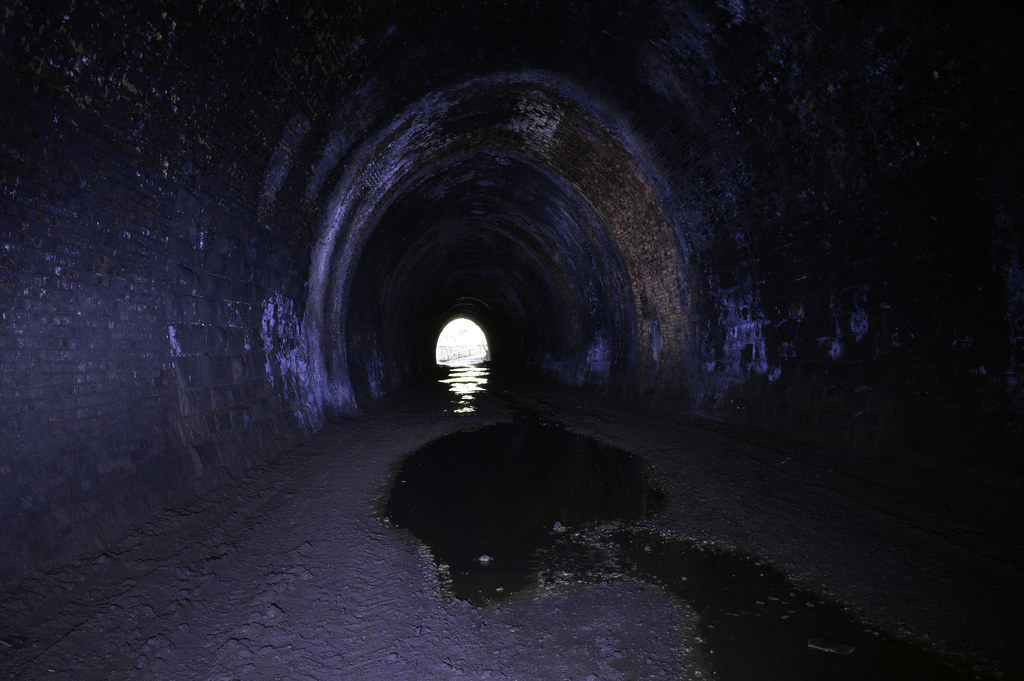 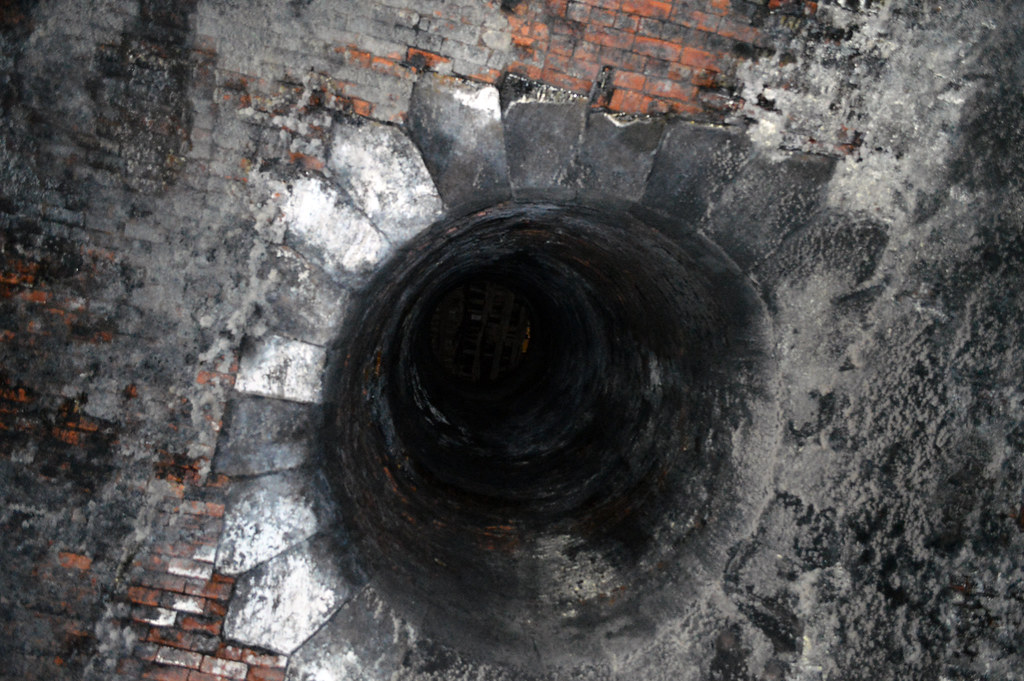 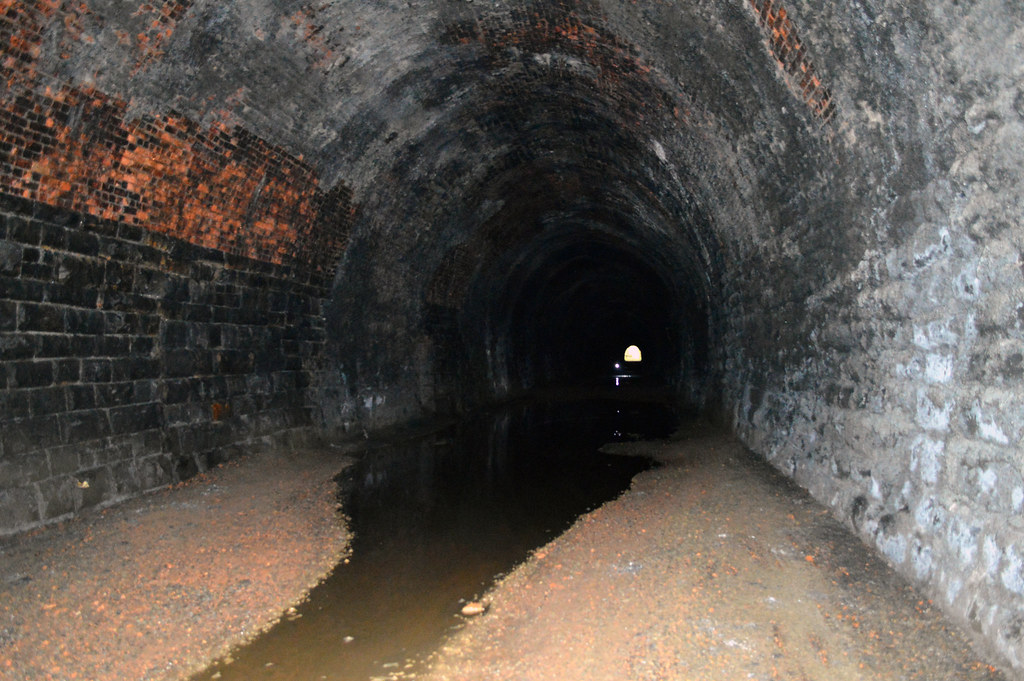 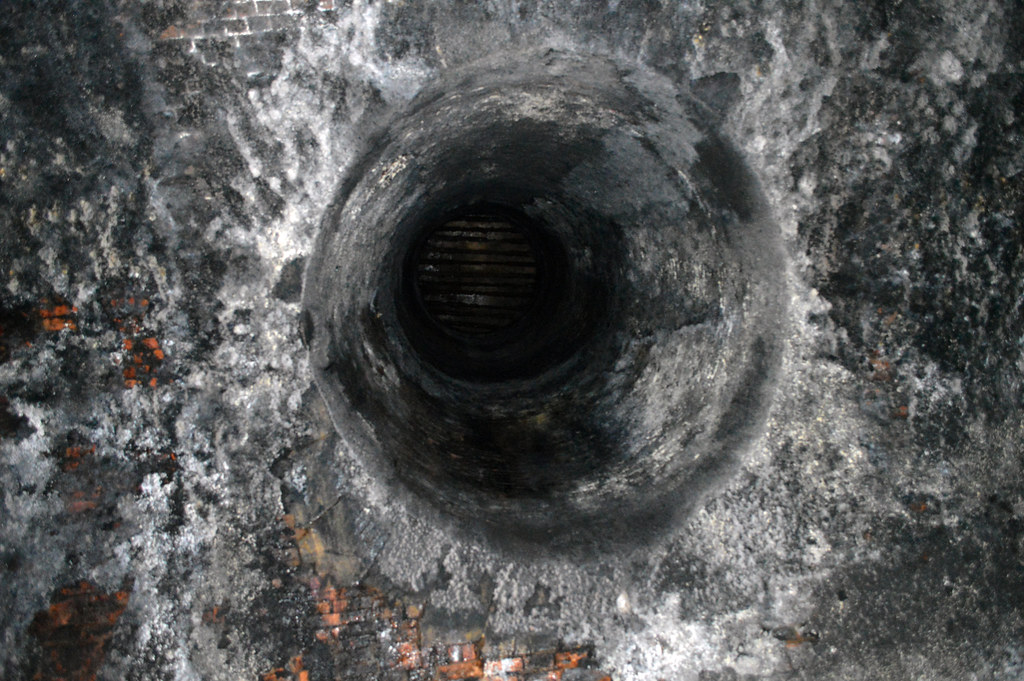 One of the refuges 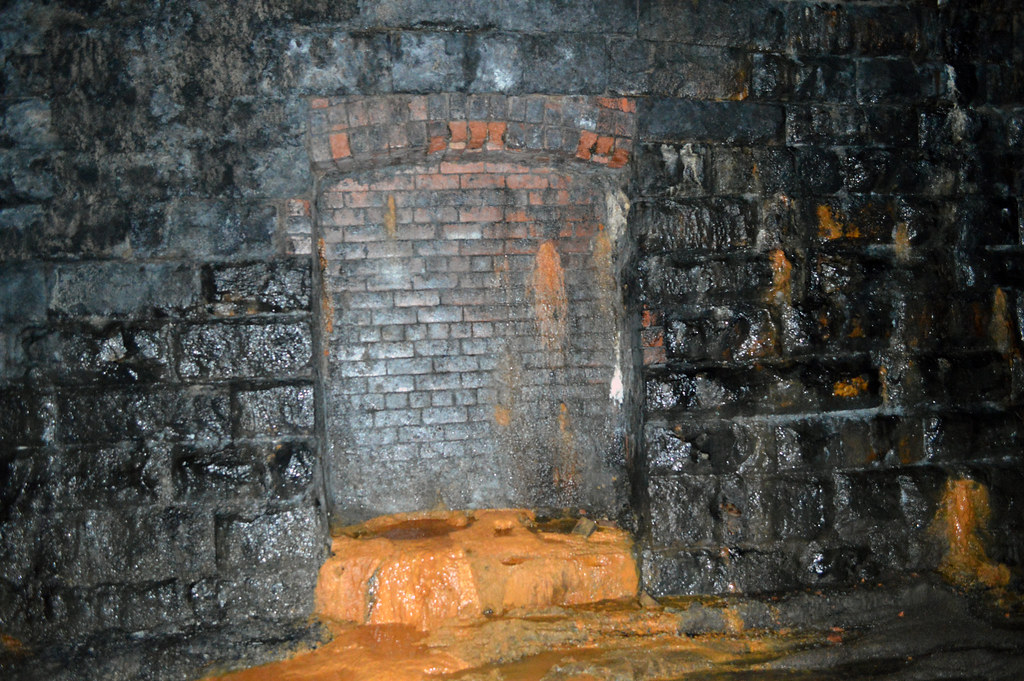 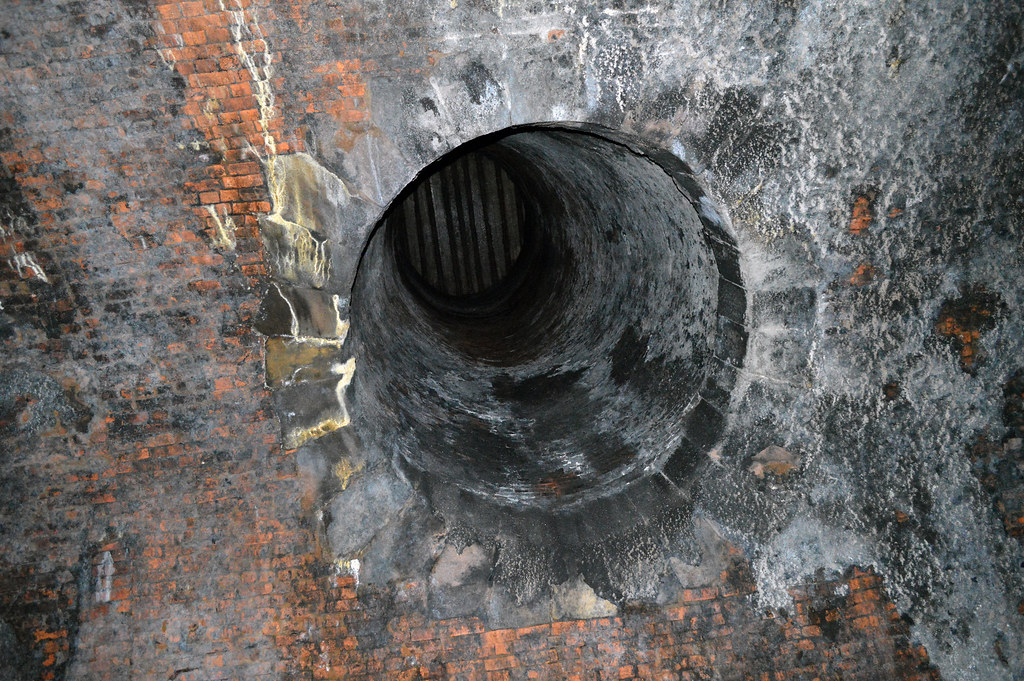 Looking back to the south portal 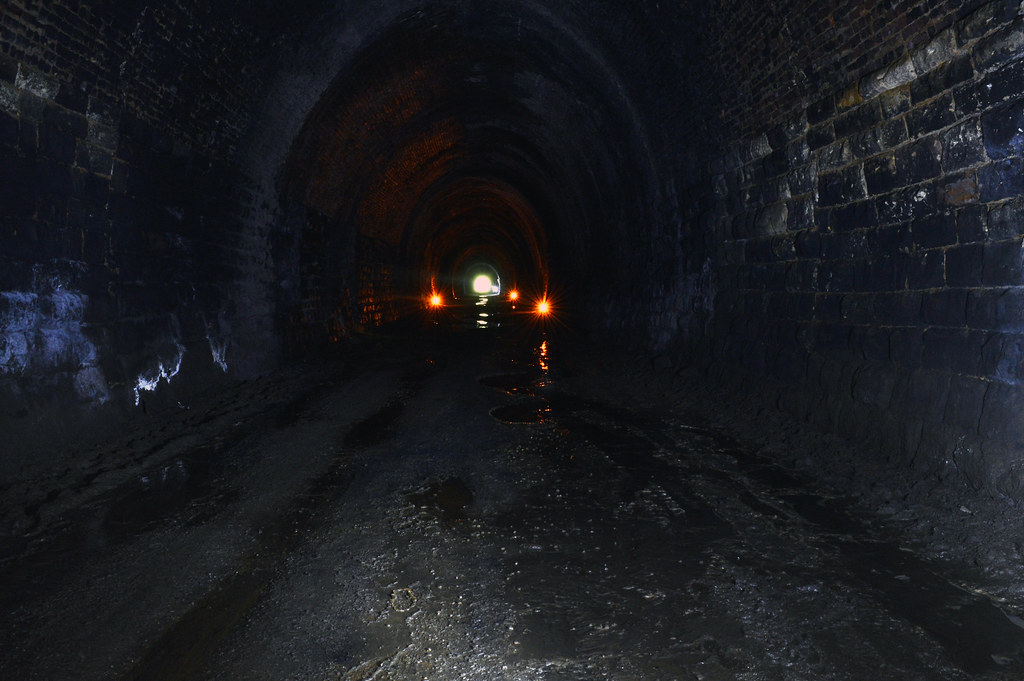 Looks very tidy that one. Thanks.