I had never heard of this place until I was doing some research.i came across a picture from here.so researched more.on the edge of a small village on the norfolk coast in some woods on farmland lays a few remains of a World War One airfield.the airfield was opened in 1915 and operated by the Royal naval airforce an arm of the Royal Navy.there main role was to protect the coast from attacks from zeppelins.and as a satellite base for Great Yarmouth.and as a training ground.it was then passed onto the RFC the predessor to the RAF.the airfield shut in 1919/1920.reading some info there was some interesting stories the because of lack of navigation pilots use to fly by railways to see station names to find there way home.or even land in fields and ask directions.this was my First World War One site and was really interesting.

This was the officers quarters.the block extended either side of the main building shown in the pic.but it was so overgrown.did get in the middle and one side bit.really loved the original fireplaces in here 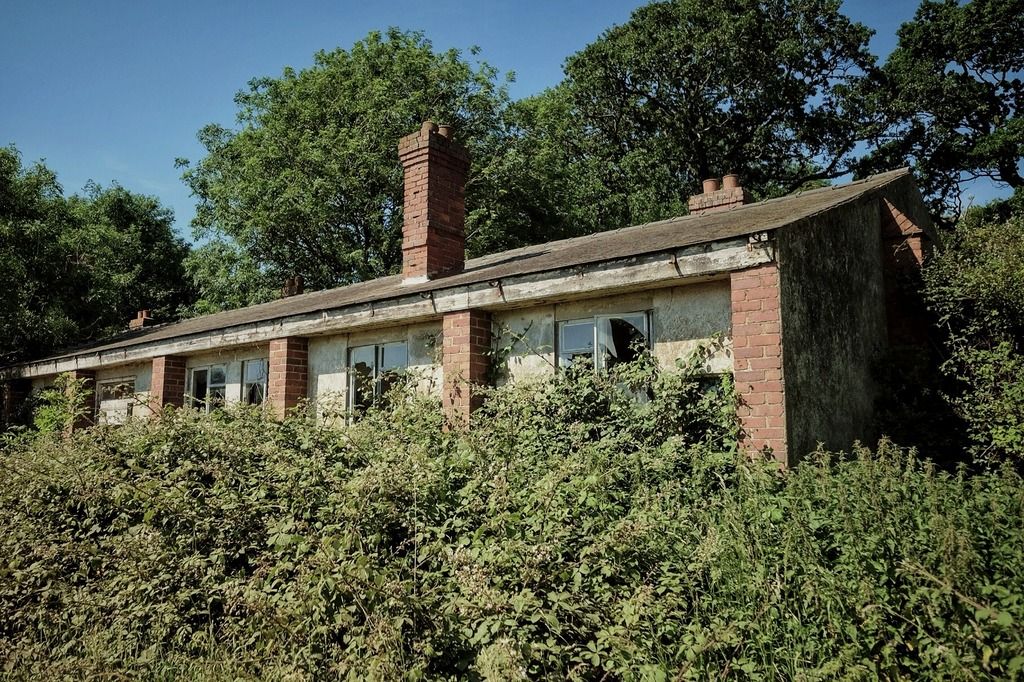 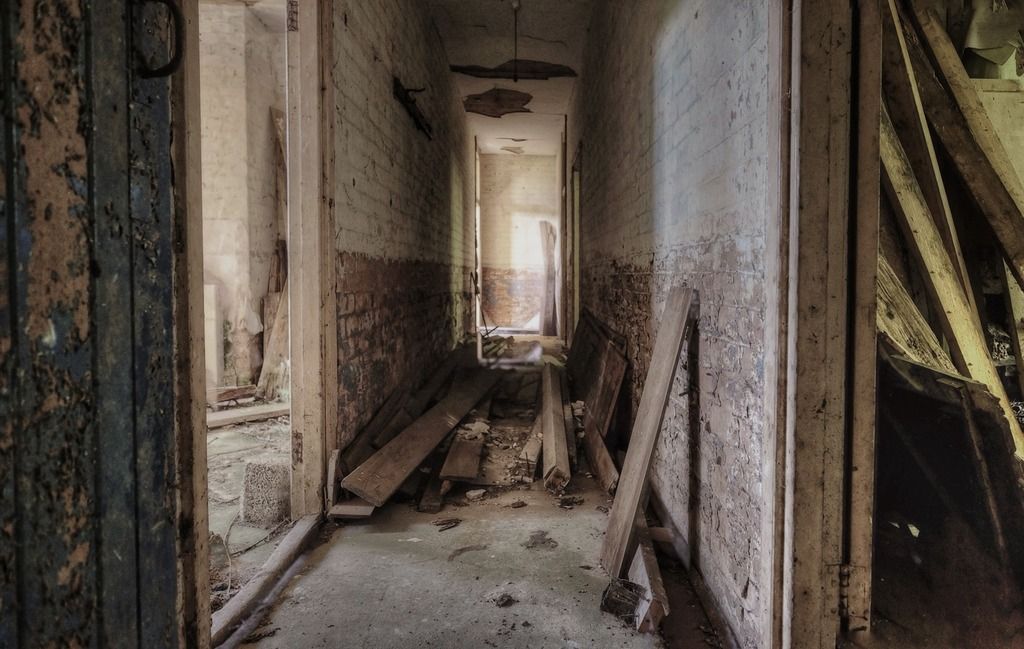 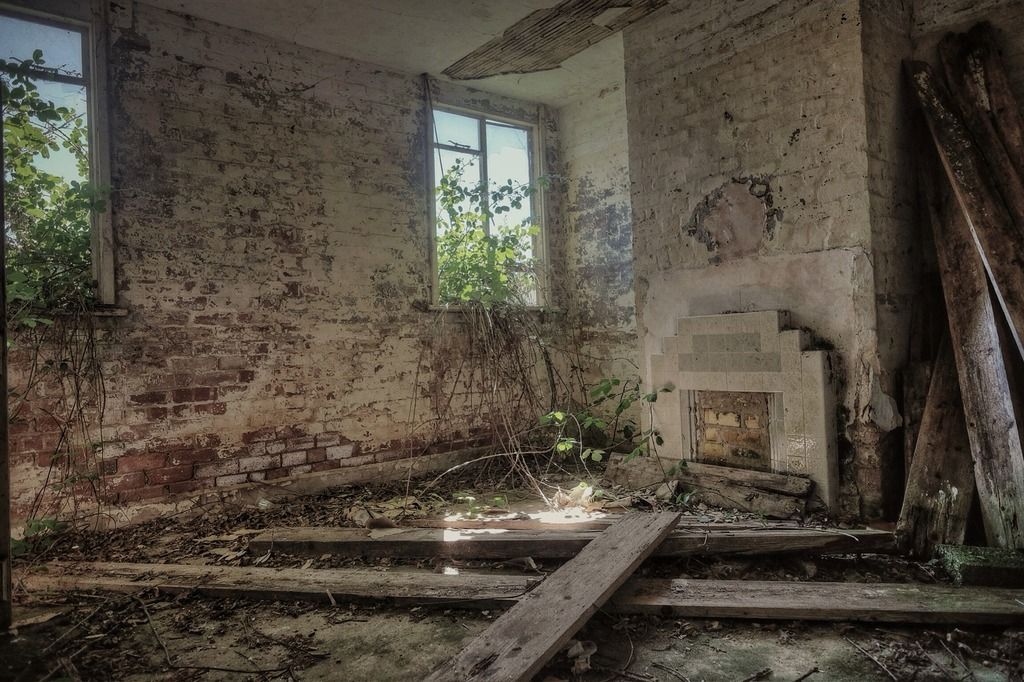 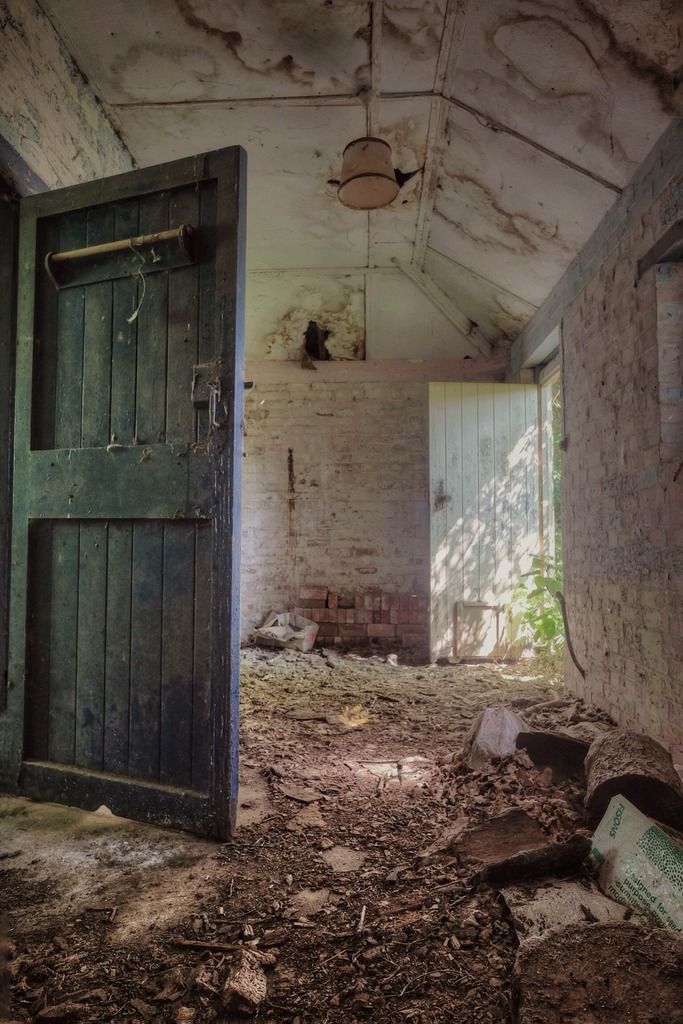 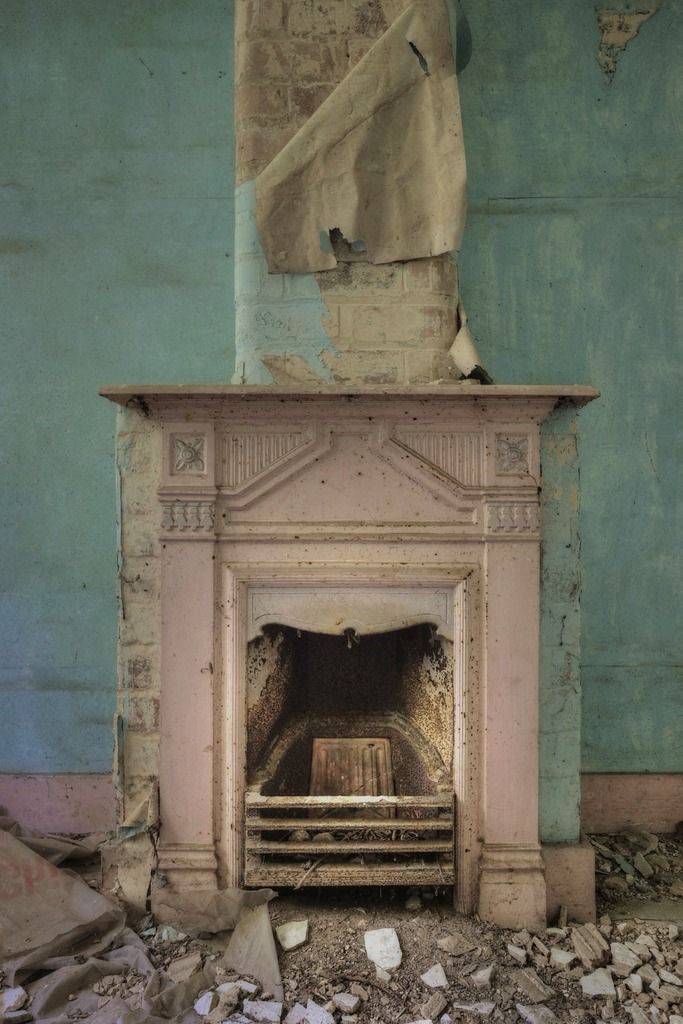 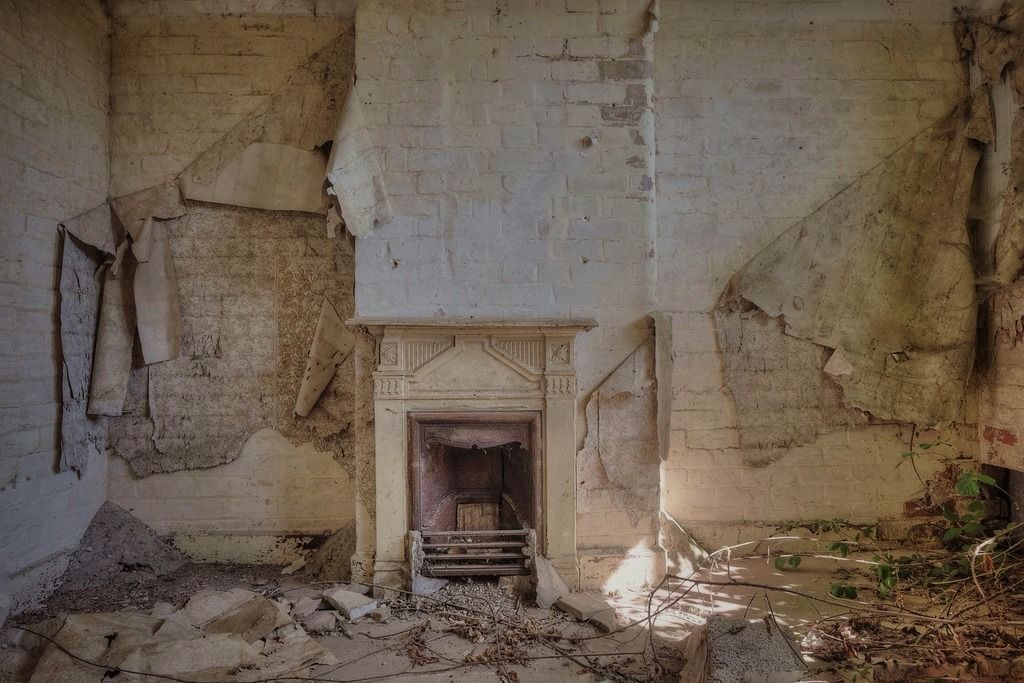 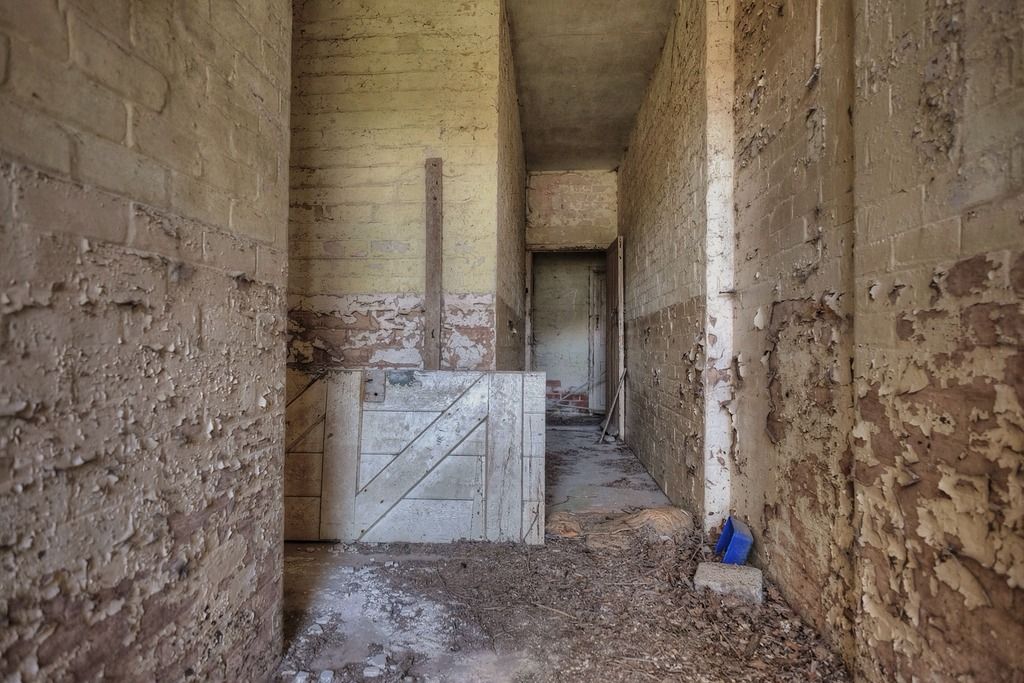 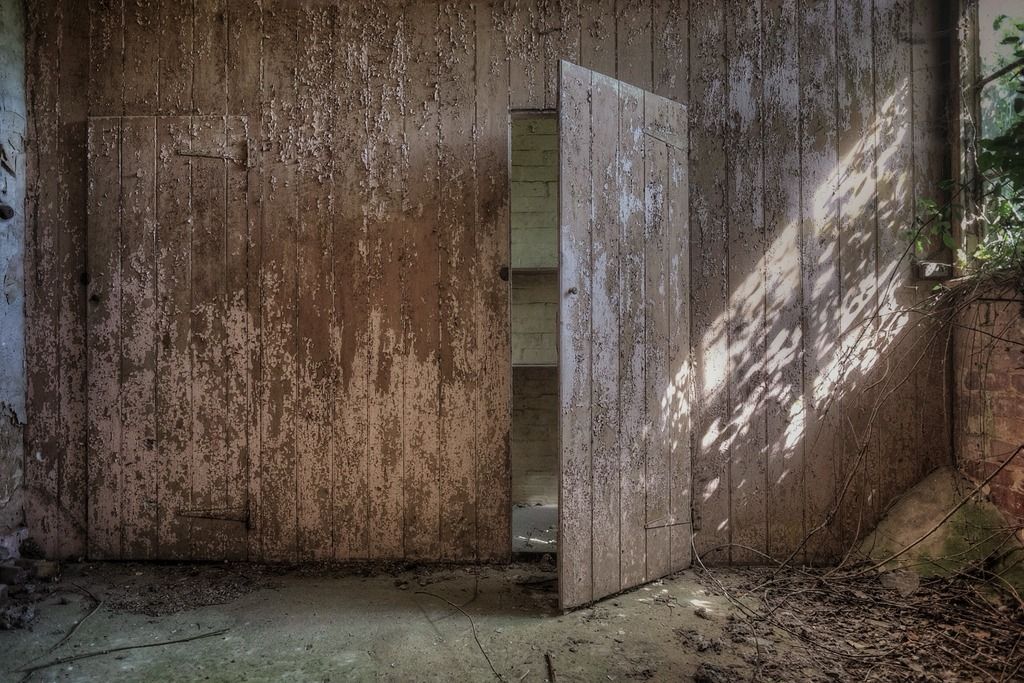 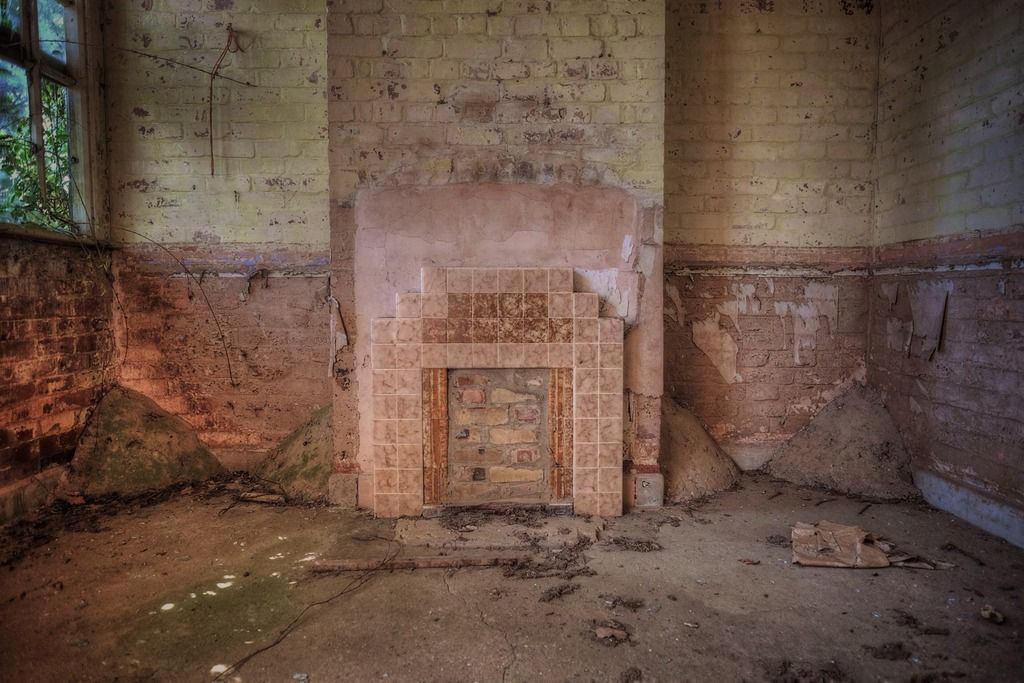 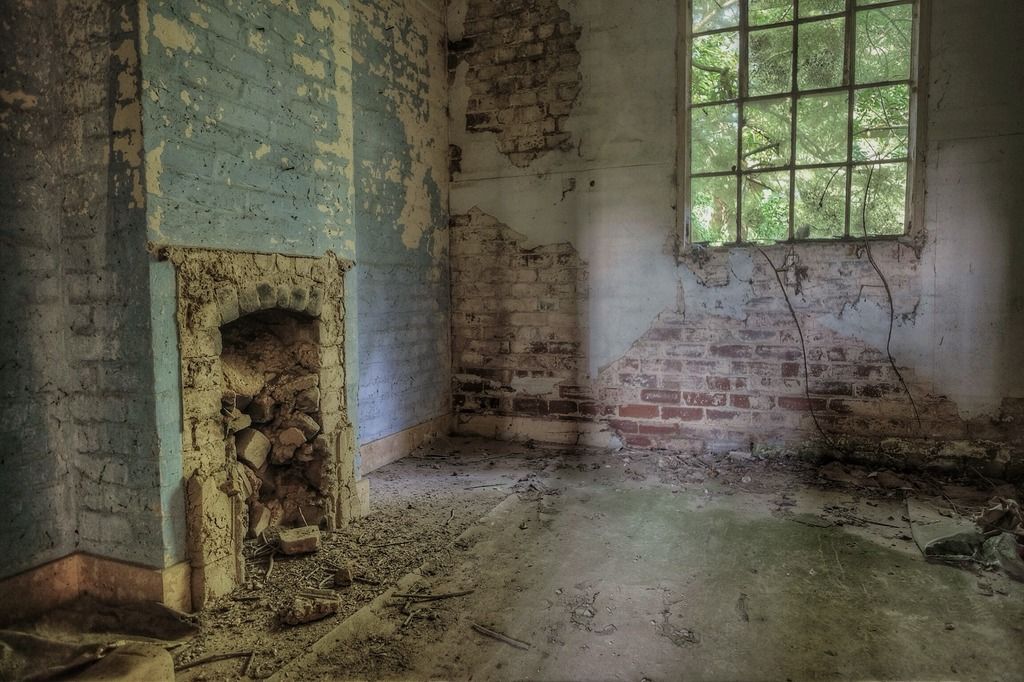 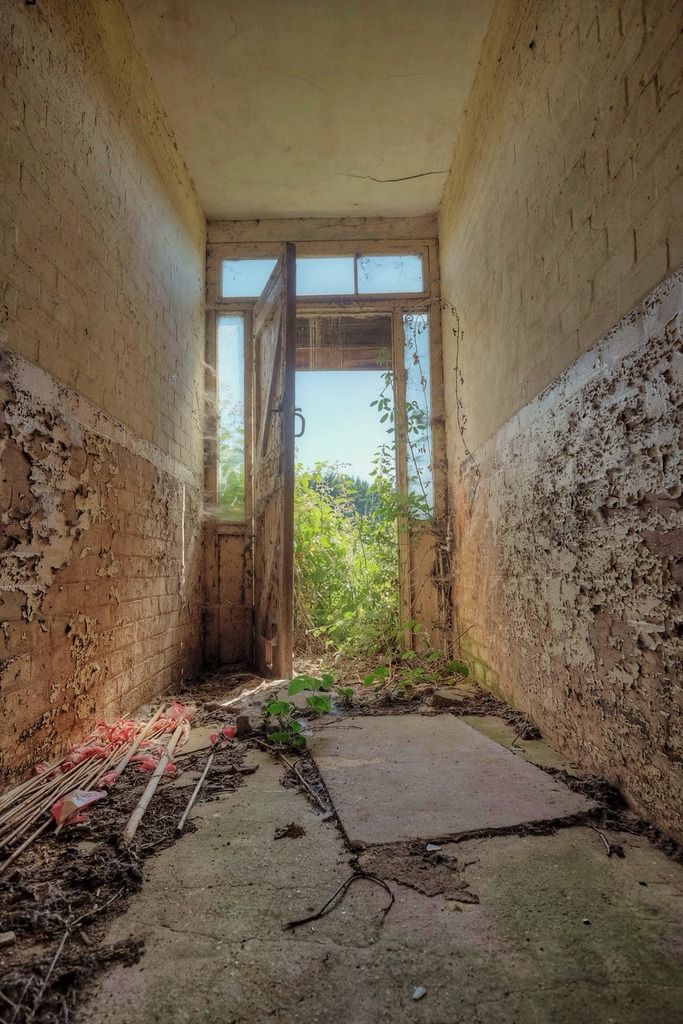 Just behind the officers quarters is what is believed to be the old mortuary.the windows are high to stop people looking in.next to this is a bunker.this was said to be used to store the ice to keep the bodies at minus five.due to the high amount of accidents during training alone a mortuary was placed on most sites. 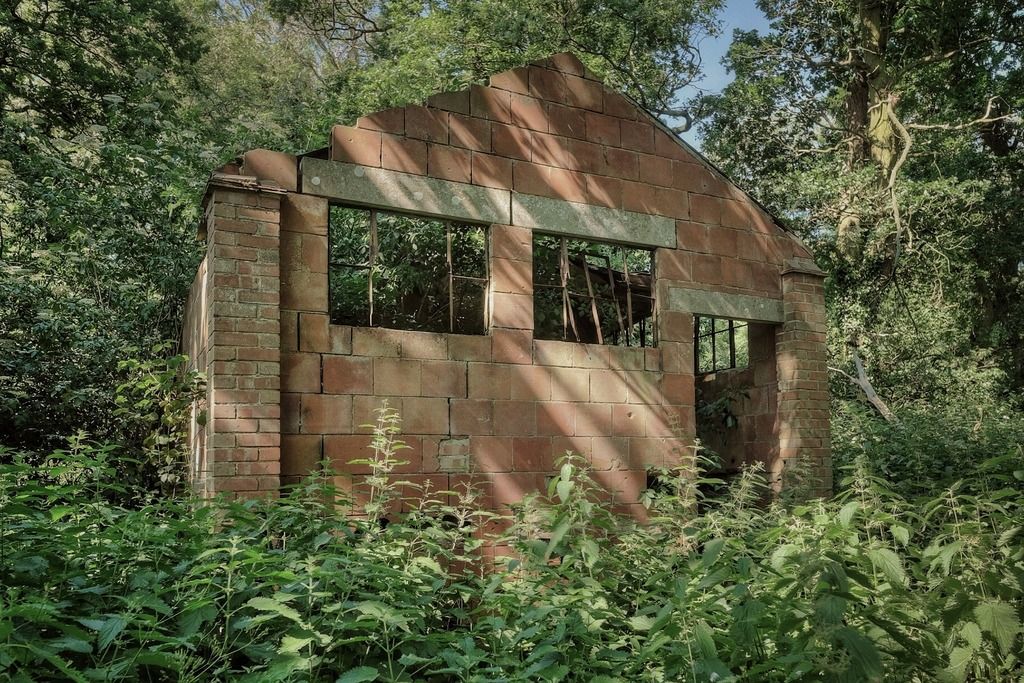 These next rooms were the technical stores but had been converted for agricultural use. 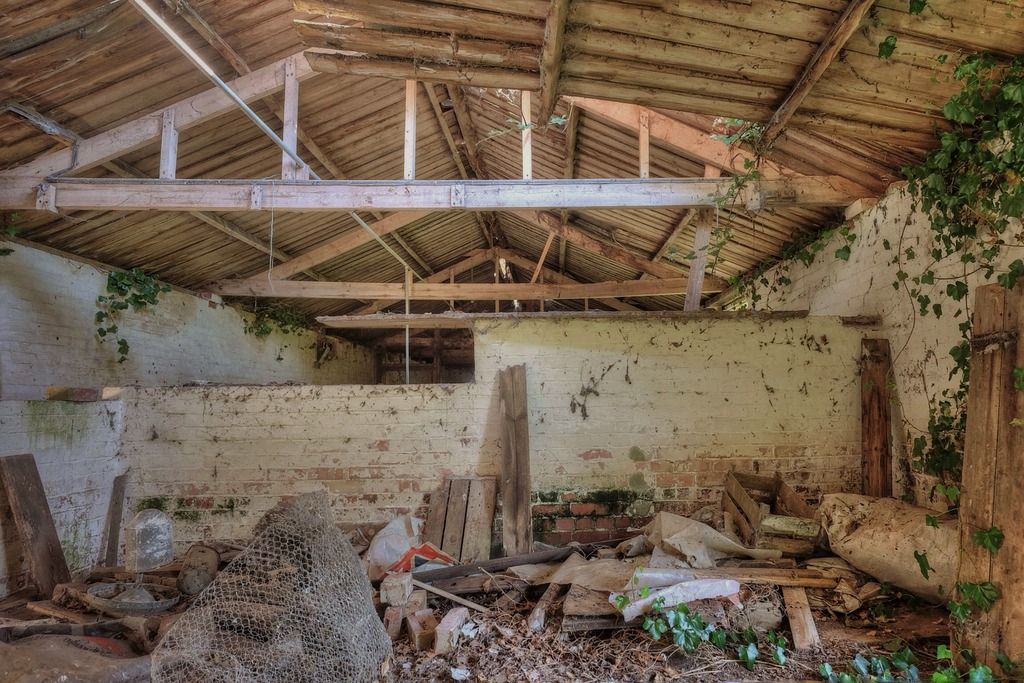 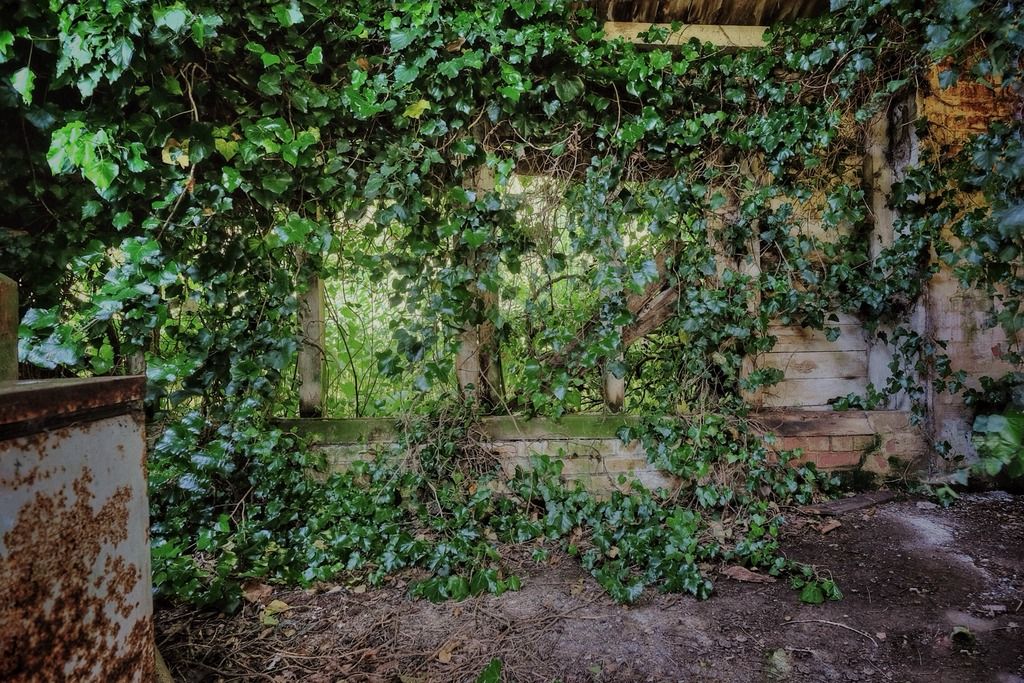 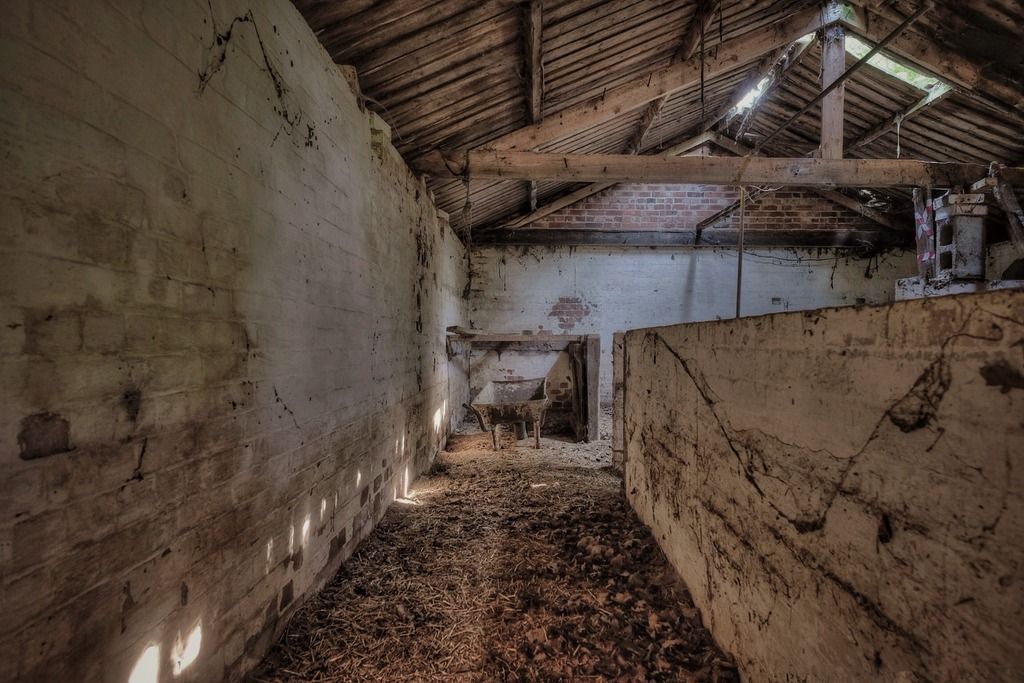 After the outbreak of the Second World War.dummy airfields were built around the country to divert the enemy from active airfields.sedgeford was requesitioned for this use.the hangars and buildings served this purpose well.along with dummy aircraft.the kq bunker is situated to the end of the woods in a field.i have been to a few of these.but this was the first I have been that is under the ground they have all been above 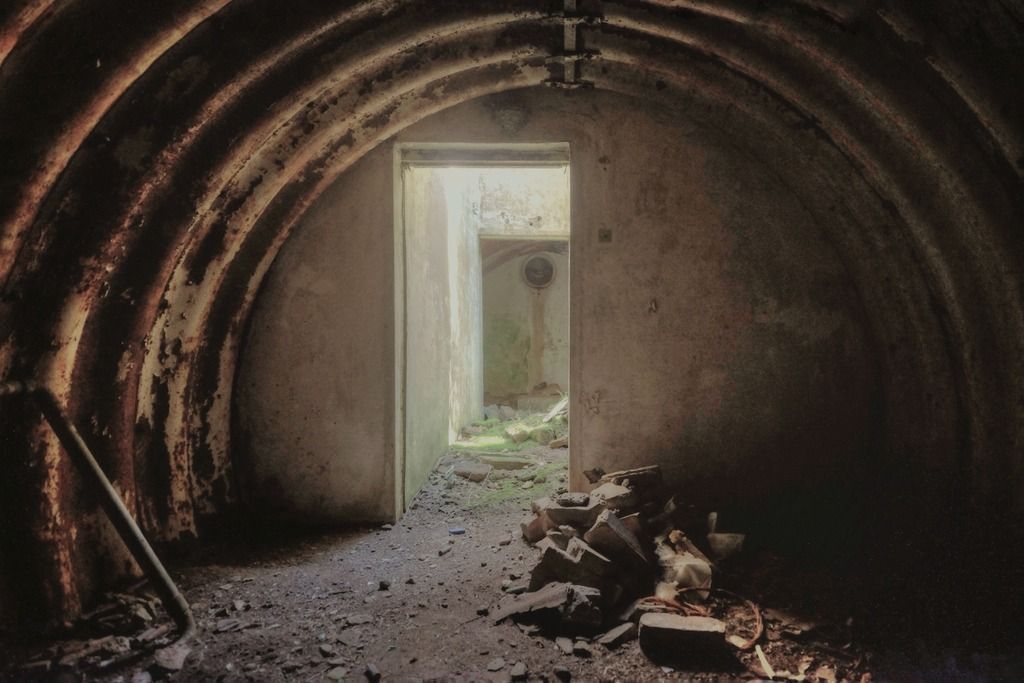 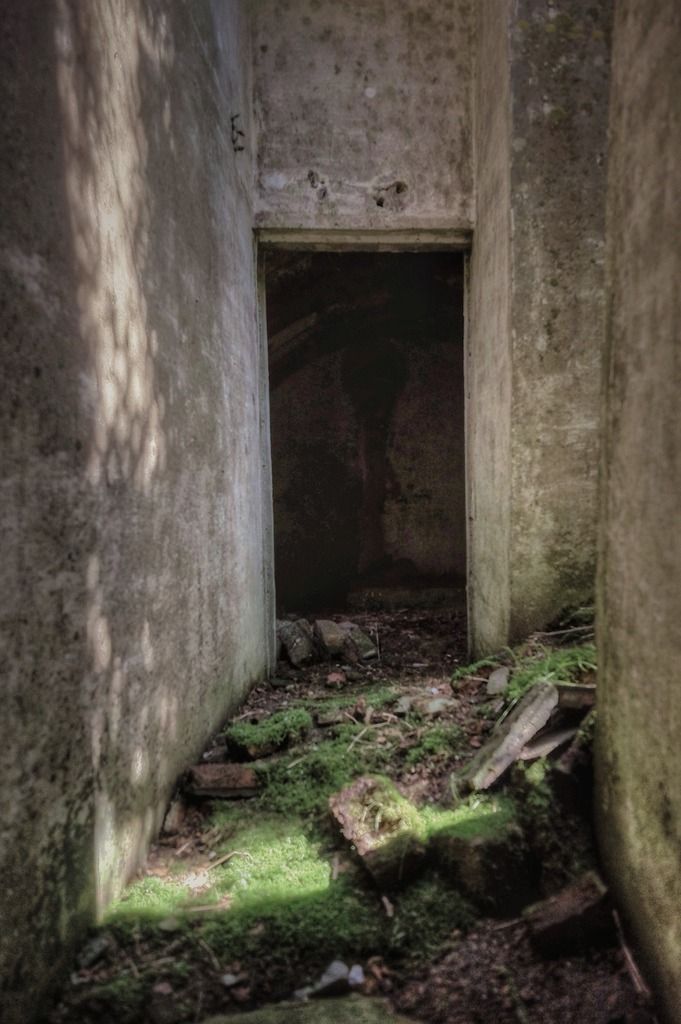 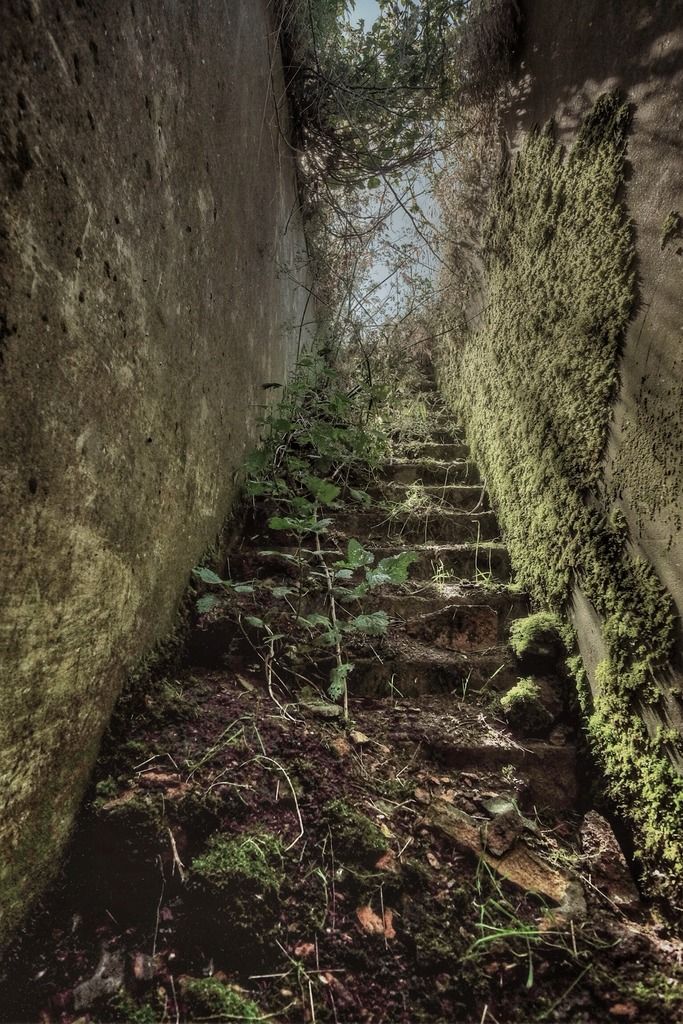 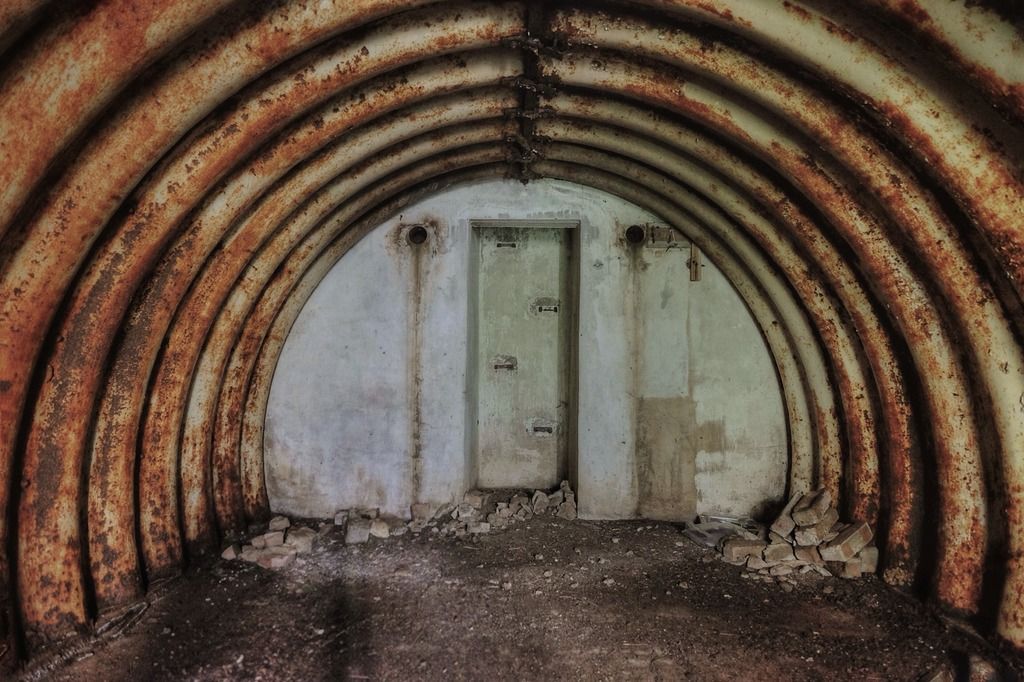 Nice that Mikey, it looks like you weren't the the only one to admire the fire surrounds, Thanks

That's very interesting. A shame about the fireplaces as they look ornate. I wonder if Biggles and Ginger ever flew from here.

Thank you all.it was certainly different and I enjoyed reading up on it.to be fair most fireplaces were intact.only a couple gone.prob in the farmers house.I came across the sharp group doing the research.they unearthed quite a lot there.

Sadly the three most interesting fire surrounds have gone missing - two replaced by 1930's tiled items when the place was converted to a proper dwelling in the late 30's and the third one went walkies in more recent times. Like many of the WW1 airfields and other establishments abandoned by the Military after war's end, a study of what went on in these sites during the years of the Depression makes interesting reading. Certainly the sites near major cities and London especially, became shelters to huge numbers of penniless and homeless people.

The mention of using railway station names as navigation aids by WW1 pilots under training, may seem unusual in these days of GPS. However in the late 60's/early 70's my friend and I used to make use of the local railway tracks when flying his DH Tiger Moth into Sherburn in Elmet airfield when the weather turned unexpectedly. The main York/Wakefield line being a very good reference point.

The Sharp info on this aerodrome makes somewhat disappointing reading - seems we nosey motorcycle lot in the internet free early 60's managed to find out more about this place!
Last edited: Jun 22, 2017

I am taking it ds you have had a look around here many moons ago.if you did I can imagine it was a bit less overgrown.you seemed to have travelled the country a lot and know Norfolk well.the tiled fireplaces I presume are 40s to 50s style
Last edited: Jun 23, 2017
D

Yes Mikey, interest in WW1 establishments in England started in early teens. My grand-dad (Dad's father) was a brilliant horseman all his life and in my very early teens he taught me to ride properly, and whilst doing this he told me about his WW1 experiences. He was in the Military Mounted Police, having joined prior to the War in 1911 after working in Argentina for some time. He was stationed both in England and the Western Front until demob. As soon as I legally got two wheels and an engine under me, I left the confines of South Yorkshire and explored. Things were much different back then in the late 50's/early 60's - out of the way pillboxes could be found still containing equipment, wander off the beaten tracks in Clumber Park and all manner of stuff could be found under open ended corrugated iron shelters. Mother nature had not run rampant and obliterated everything, so it was much easier to see what was around you. A visit to the static firing ranges on a number of wartime airfields revealed a wealth of munition relics - if one dug about a bit. Everybody's Dad had some form of memento - five round clip, inert grenade, 20mm rounds or even the odd Lee Enfield and bayonet. The local Antique (read Junk) shops were full of both WW1 and WW2 bits. Paradise for the penniless young collector because this stuff was very cheap back then. Norfolk and Suffolk are easy to explain, I have relatives in both Counties and spent numberous holidays in that neck of the woods. Job wise I fell on my feet, a remit that covered all of England, free rail travel and company car as and when and a bloody interesting job to boot! - When the job was done I tried to visit any interesting sites/buildings that were on my route back home.

You are correct about the fireplaces - sometimes the designs have been registered and you find the details in various manufacturing archives.

I really enjoy listening to old stories from the war.its fascinating.sadly there ain't many to tell them..i can imagine exploring in the sixties and the nearby decades was a different story altogether.bet nothing was sealed up hardly.and was never vandalised.i often think of all the old factories in Norwich what shut down in the decline of industry and laid derelict for many years.i think I missed the golden years of industry sadly.thank you for your great input as always

The fireplace in shot 9 is the same as in Plough House lol, great research and lovely images as always Mikey!
You must log in or register to reply here.