Visited this former soviet secret millitary base in Latvia with Fragglehunter, Tin Dog and Darmon​
History​
The following history bit is from Wikipedia

Skrunda-1,also known as Skrunda-2, is a ghost town and former Soviet radar station located 5 km (3 mi) to the north of Skrunda, in Raņķi parish, Latvia. It was the site of two Dnepr radar (NATO "Hen House") radar installations constructed in the 1960s. A Daryal radar was being built there before the collapse of the Soviet Union. Skrunda was strategically important to the Soviet Union as its radars covered Western Europe. The two barn-like radars were one of the most important Soviet early warning radar stations for listening to objects in space and for tracking possible incoming ICBMs.


Pursuant to an agreement On the Legal Status of the Skrunda Radar Station During its temporary Operation and Dismantling, signed by Latvia and the Russian Federation on 30 April 1994, the Russian Federation had been allowed to run the radar station for four years, after which it was obliged to dismantle the station within eighteen months. The deadline for dismantling was 29 February 2000. Russia asked Latvia to extend the lease on the Dnepr station at Skrunda for at least two years, until the new Volga station under construction near Baranovichi in Belarus became operational. Riga rejected these requests, and the radar was verified closed on 4 September 1998 by an inspection team from the Organization for Security and Co-operation in Europe.

In a joint New Year 1998 statement, the presidents of Estonia, Latvia, and Lithuania urged Russian President Boris Yeltsin to complete the pullout of all Russian troops from the region, as Russia had promised four years prior in 1994.

All materials of value were removed from the site and carried back to Russia when the last Russian troops left in 1998; the 60 buildings that comprised the former complex and town, including apartment blocks, a school, barracks and an officers club, remained. The dilapidated buildings were still standing in 2010.

The winning bidder pulled out of the auction, as did the runner up. The town was reauctioned in June 2010 for only 170,000 Lats.

In 2015 the site was bought by Skrunda Municipality for €12,000. Around half the area has been handed over to the Latvian National Armed Forces as a training ground. The remainder is to be leased by the local government with the stipulation that potential investors develop the area economically. Demolition of selected derelict buildings has since commenced.

From February 2016 in response to increased interest at the site, the municipality began charging an entrance fee of 4 euros for individuals.​
Rumour has it that the radar base was so secret that even the army's own builders did not know what they were building.


​
After a long drive from Riga we were glad to be finally at the location but as we pulled into the long drive that leads up through the woods that surround Skrunda there was a group of people standing around, one of whom motioned for us to stop
A chap who looked dangerously like Bill Clinton said something in Latvian we didnt understand
"English" said Mr Fraggs
With a disapproving look he said "a little"

doing his best bird impression Fraggs flapped his wings, sorry arms and said "bird watchers"​
"no, secret military base" said Clinton
"you can go" he said to be honest I think he'd just got bored of the silly English people flapping their arms around.
​
We pulled up outside the gates with a bit of apprehension as the place has had a chequered past security wise but all seemed quiet today so we walked in. 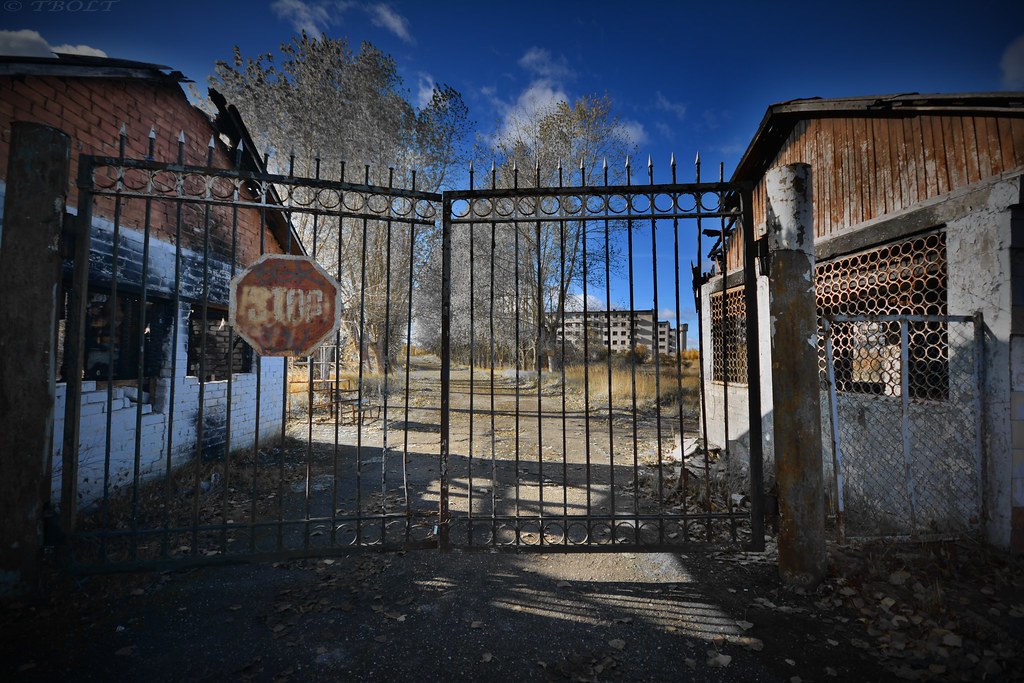 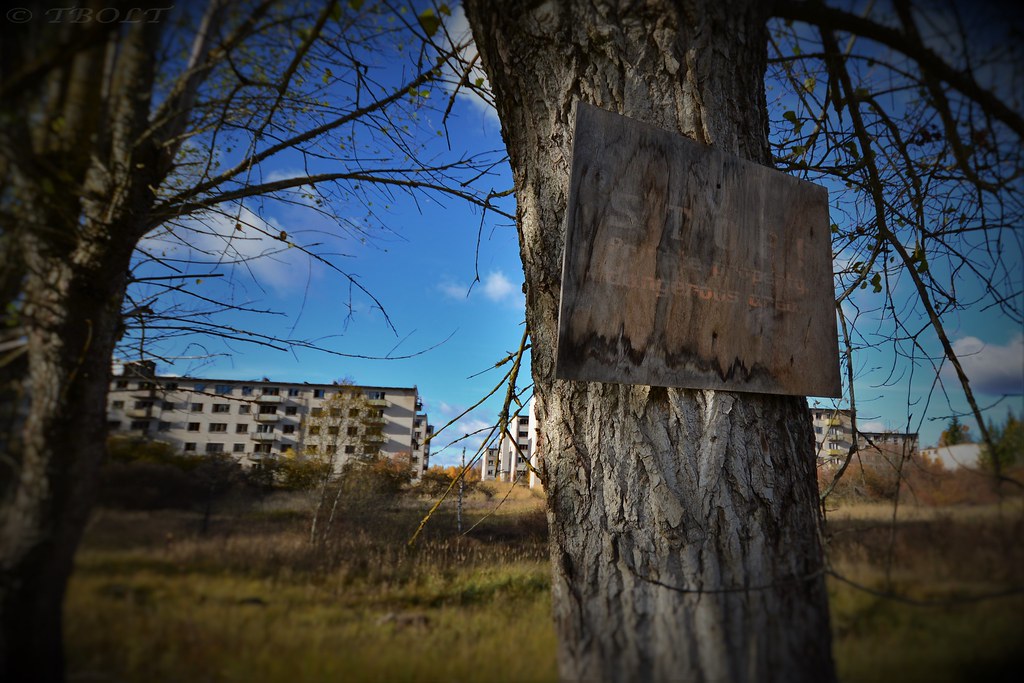 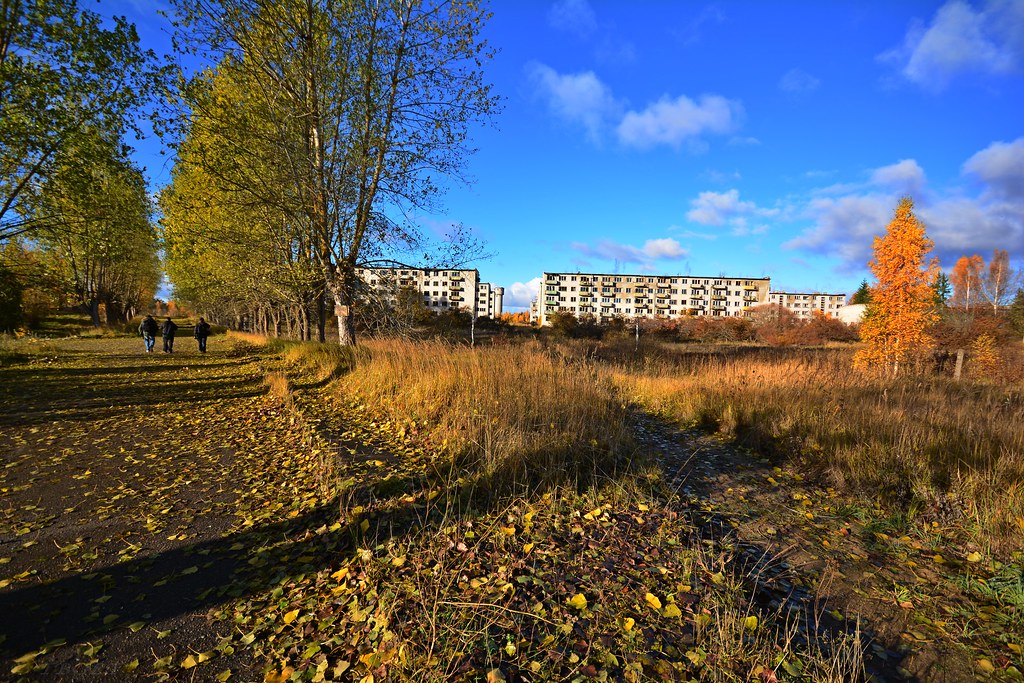 This place was huge and fantastic but also some of it had been knocked down
Then we saw a van driving slowly around the site stopping then moving off and stopping again, we started to think Clinton had dropped us in it, so we kept our heads down for a bit and it disappeared
So we carried on
​ 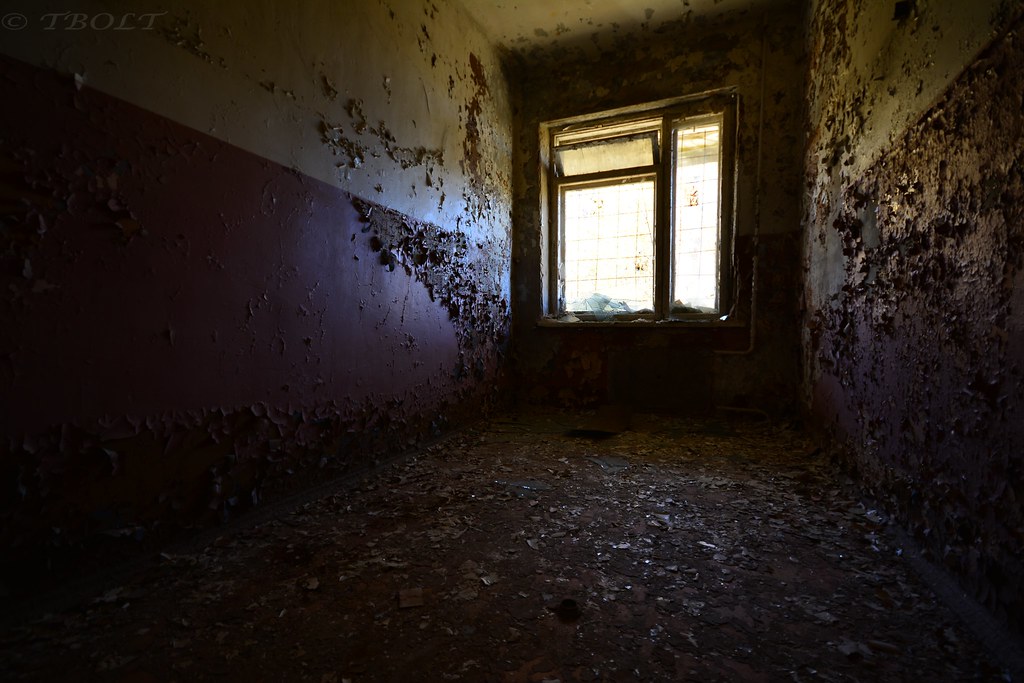 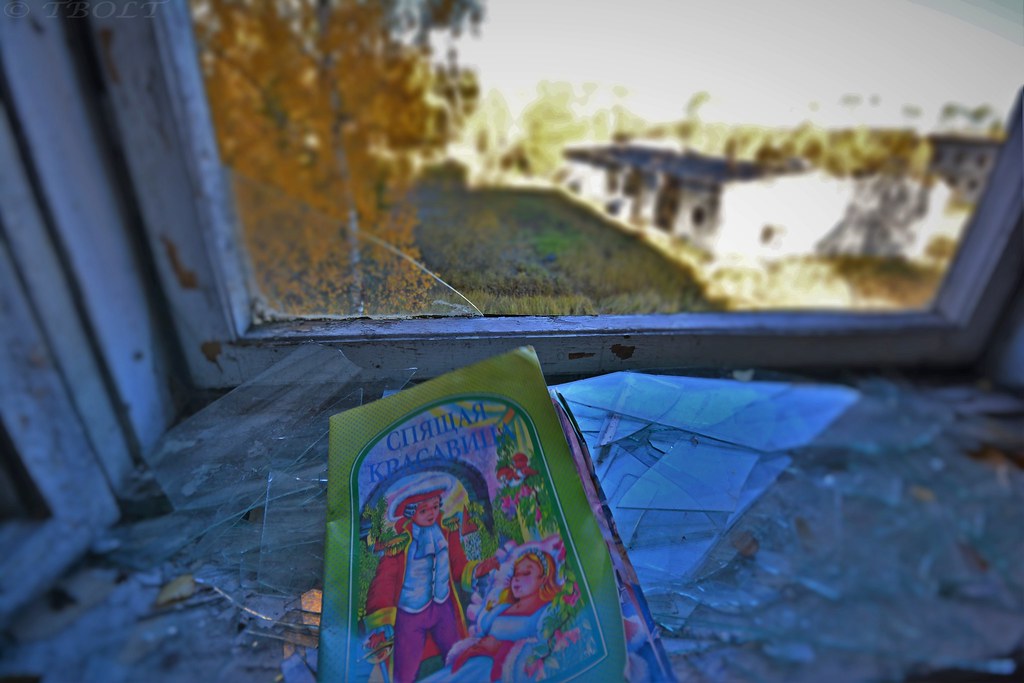 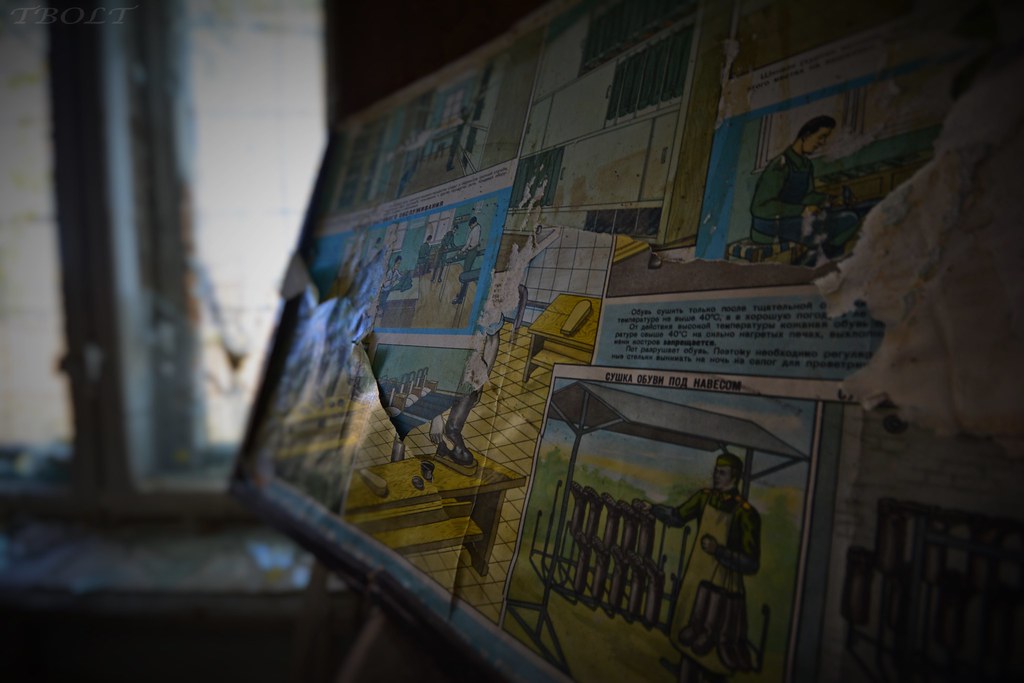 About this point Darmon came rushing out of a building saying he'd just seen HiViz in the building opposite, squeaky bum time.
Bill Clinton really had dropped us in it.
As we ran out of line of sight we could see what looked like a police van blocking our car in so we decided to just push on and see what happened but changed our sd cards just in case we got caught by the Rozzers.
As luck would have it the building we were in was right next to the one we really wanted to see​ 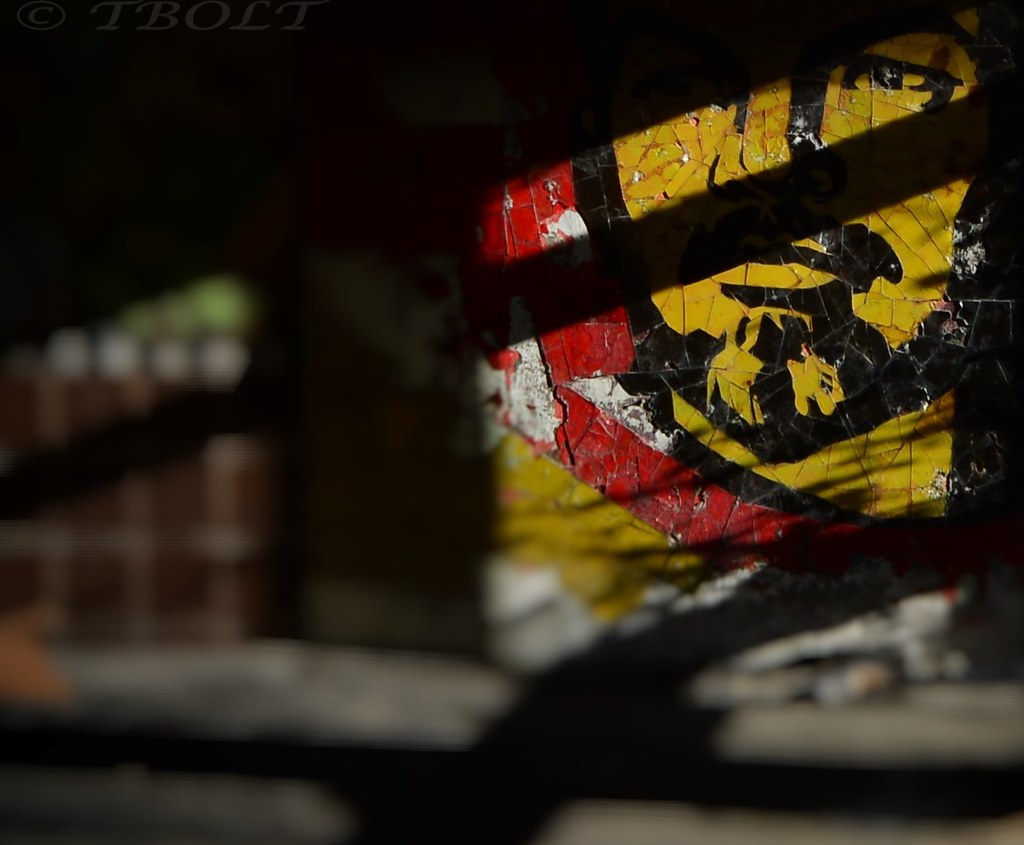 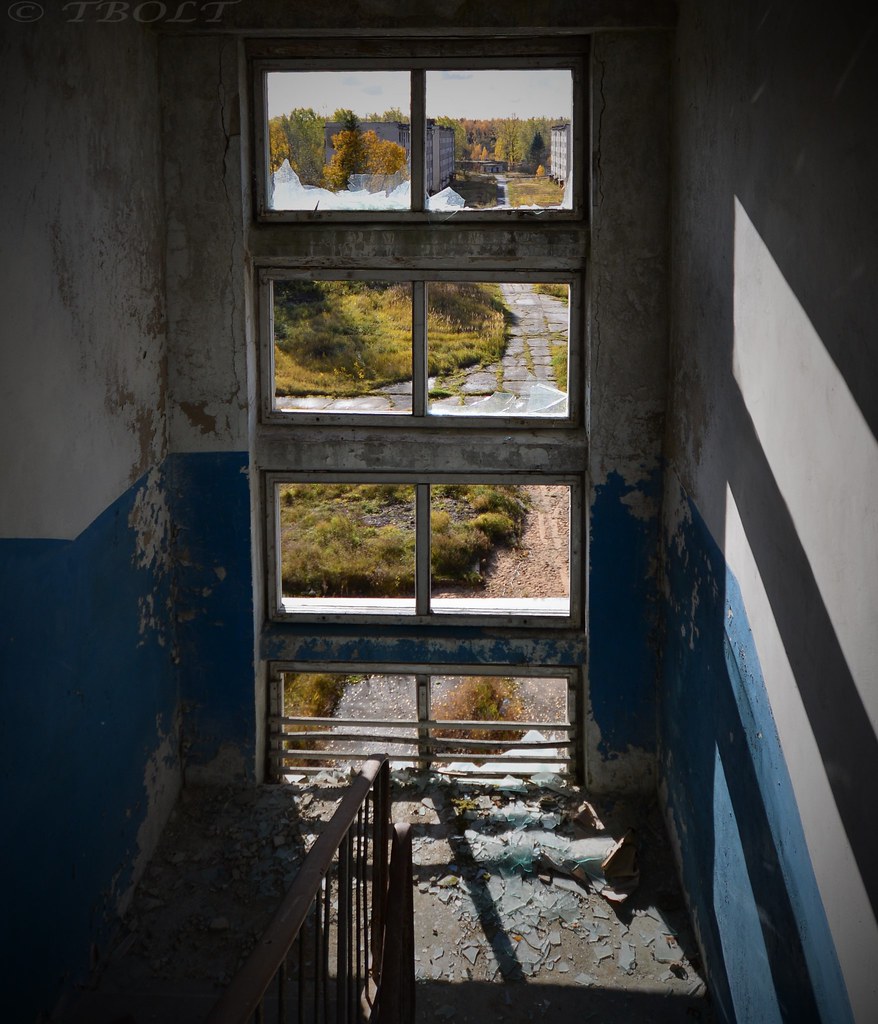 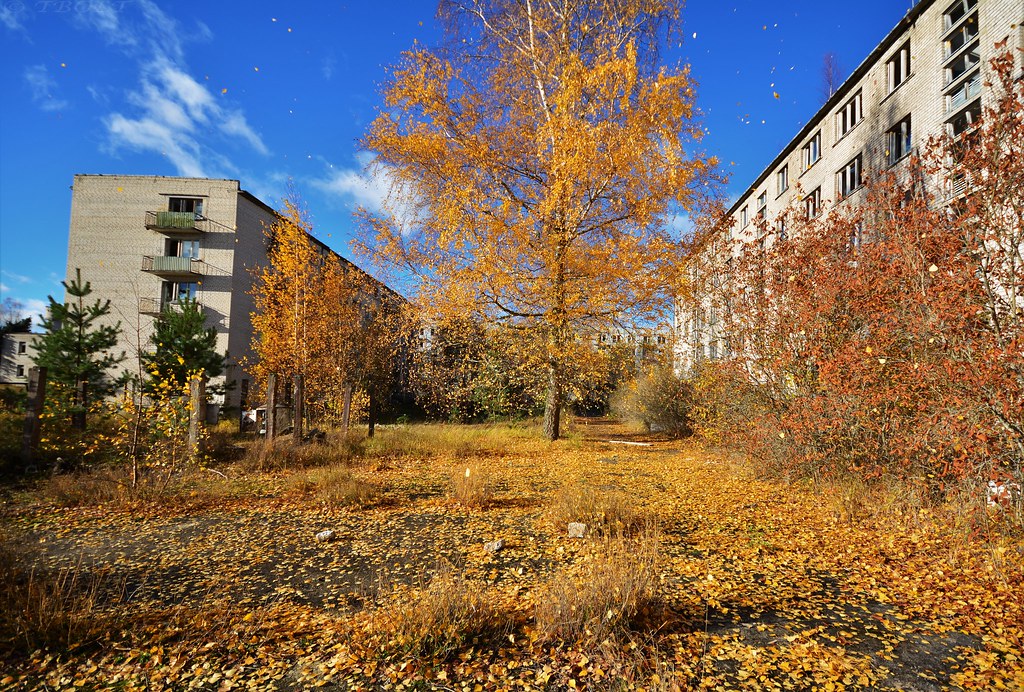 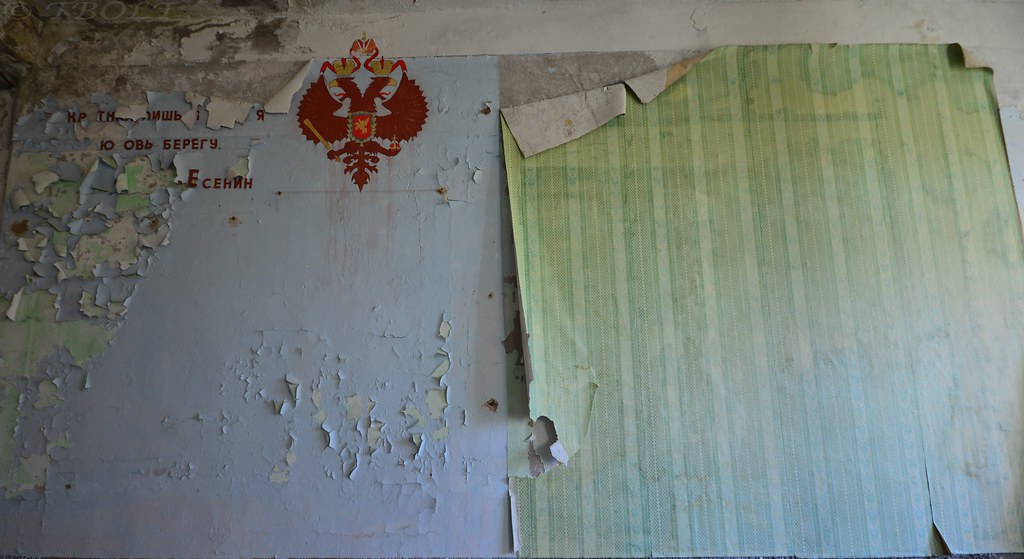 It was decided at this point we had no choice but to go and say hello as we had no way of leaving with the Rozzers parked where they were but it would seem they had got fed up of waiting and gone away,hopefully to arrest Mr Clinton for wasting their time!

Thanks for looking and I hope my first post on here is ok.​

Some of the soviet stuff really is interesting, especial with those crazy murals, nicely done. +10 points for the flapping of arms to convey bird watching.

A bit good that, I enjoyed it, Thanks

That, my friend, is fabulous and cracking photos too

Konrad said:
Some of the soviet stuff really is interesting, especial with those crazy murals, nicely done. +10 points for the flapping of arms to convey bird watching.
Click to expand...

To be fair Fraggs does that a lot... he's an odd fellow
B

Gorgeous pics and really enjoyed your write up. As far as first posts go that is pretty epic. Great work, I really hope you have some more like this for us!

Nice one, Squire Big up them Eastern splores!

Thanks guys I wasn't expecting such a response to be honest.
It's not really fair to call it my first post just my first one on here, but not my last.
W

Judderman62 said:
To be fair Fraggs does that a lot... he's an odd fellow
Click to expand...

The Eastern Bloc really was a different world, thanks for posting and welcome to derpl.
W

Thanks for the welcome.

Anything cold war is alright by me,great photos and welcome along.

That is a great report.I do have a real fascination with eastern bloc and the cold war era.and it's something I would love to see more off.I really enjoyed that report
W