One from a few weeks ago back in early December with @Mookster. A fairly local site for the two of us; which made a nice change as the big road trips up north wear you out somewhat as a shift worker who'd finished late the night before!

Demolition works had already started and complete destruction was not far away; so we decided to get on it quickly!

Cox & Wyman had been operating printworks in Reading since 1777, and although this factory is nowhere near this vintage; areas of it date from the early 1900s. Cox & Wyman are the oldest printing company in the country and print exclusively paperbacks - around a million books a week - across their various printworks which are now owned by CPI Books.

By February 2010, an expansion and modernisation programme was started which resulted in brand new kit being brought into the
various factories. However the firm lost out on a multi-million pound, multi-year contract with their main client, Penguin Random House which was won by Cox and Wyman's biggest rival St. Ives Clays.

Sadly, in early 2015 there was a 30-day consultation period put to the workers and the unfortunate result was closure of the Reading site in in February of that year with the loss of 40 jobs, dozens of whom had been there for decades.

After the closure of the site, the printing equipment was removed and presumably either sold off or used in their other printworks. For the next few years, the grounds and factory buildings were used by TV, film and theatre set dismantling and recycling company Scenery Salvage.

Within the factory were sign in books for the various contractors who had been there the evening before!

We had tried to enter earlier that morning, but the street was full of Nosey Neighbours so we returned in the afternoon after a delicious breakfast and accessed without a hitch.

The place is pretty stripped; there isn’t a huge amount to see, but we found interesting props, including a lovely table which turned out to be fibreglass… and a book full of interesting 1800s books and some modern pornography story books which were in a crate of books donated to a church book sale…. 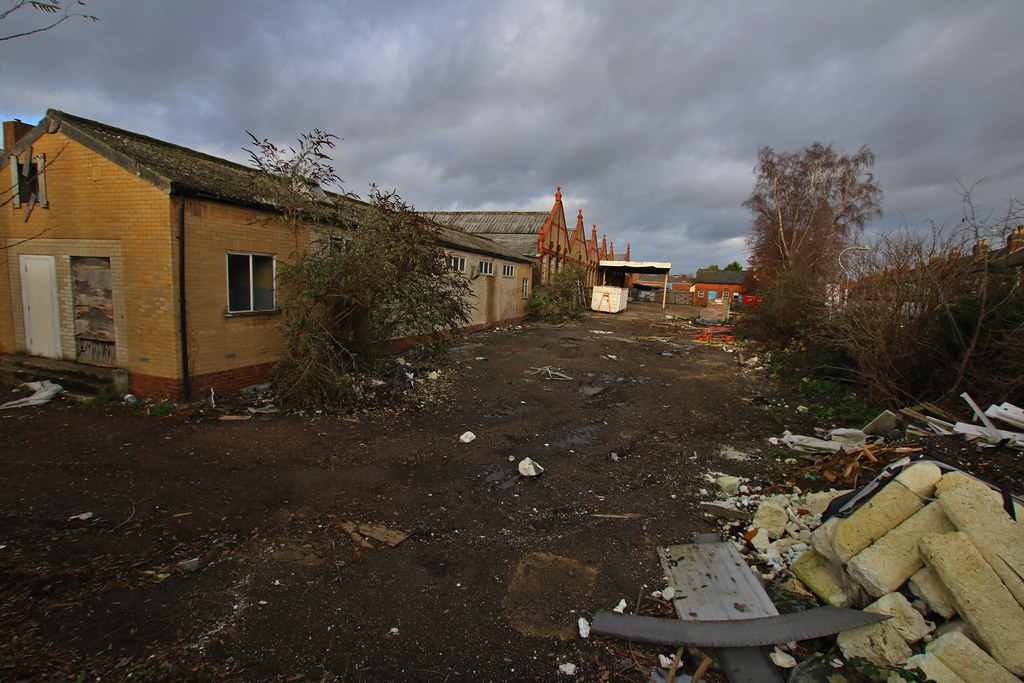 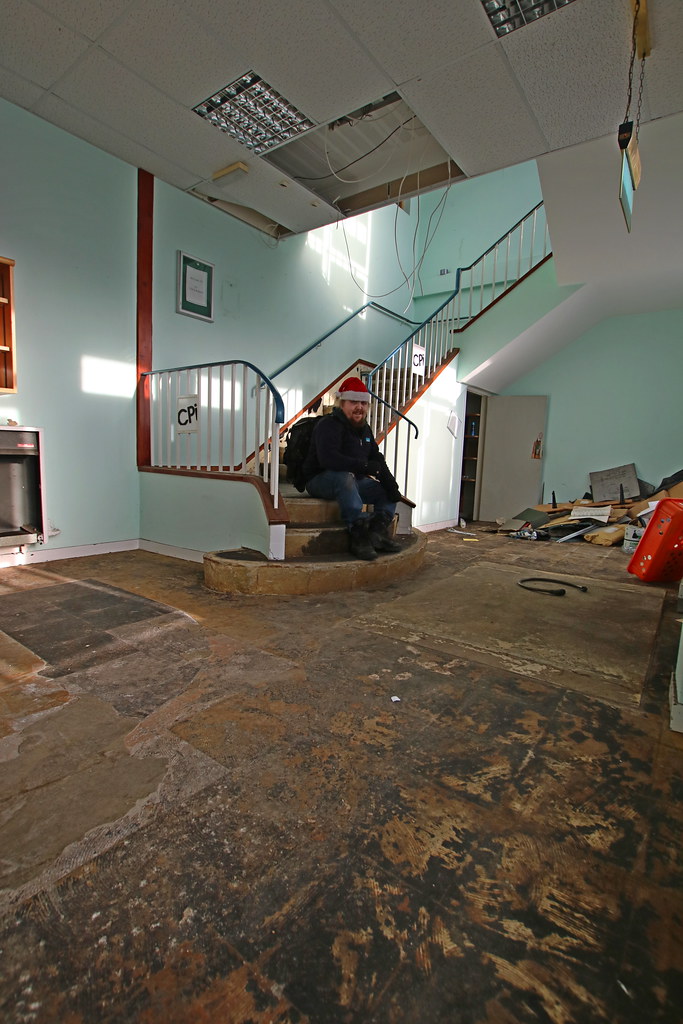 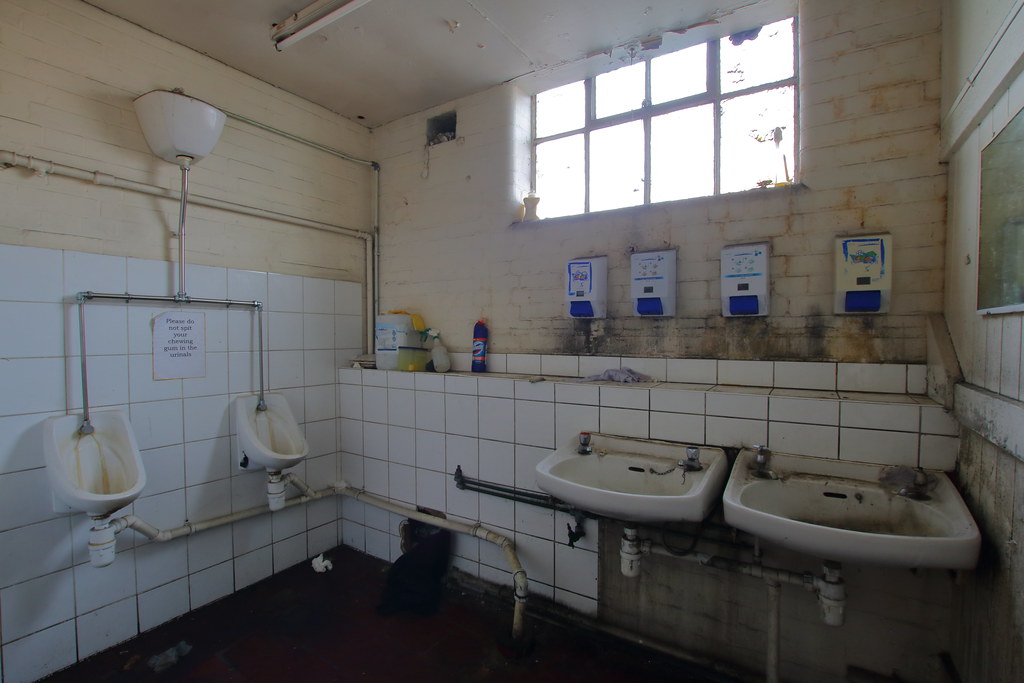 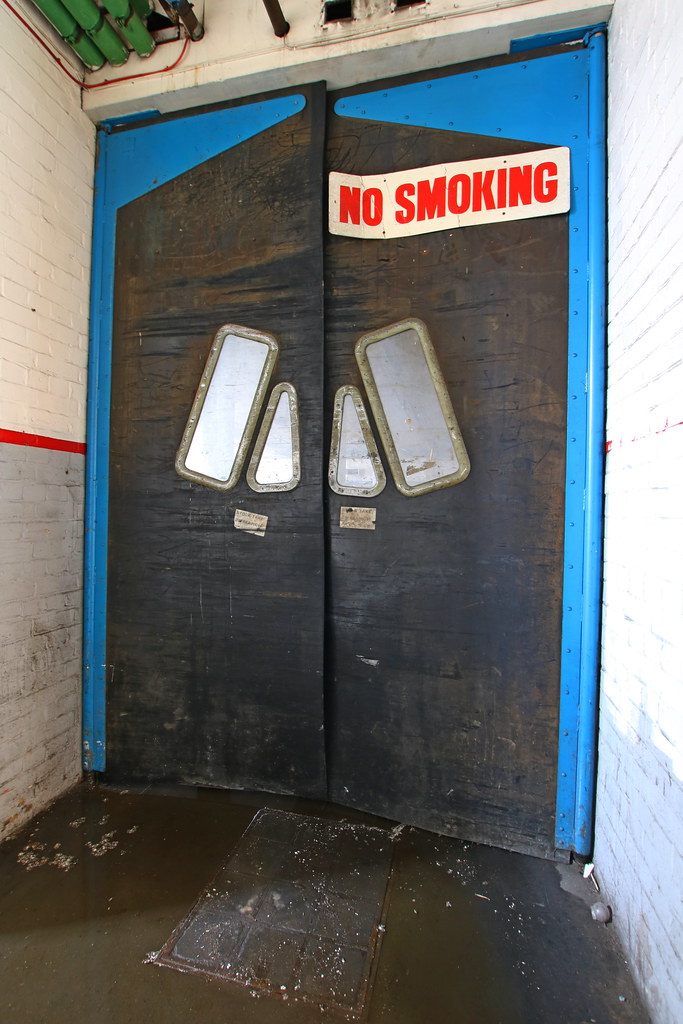 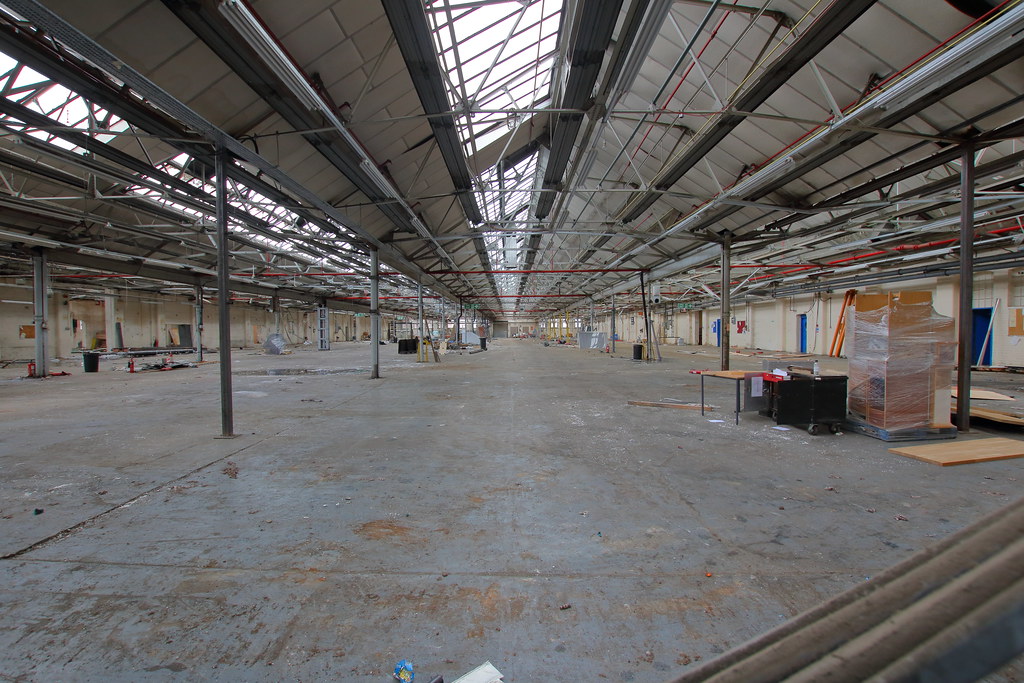 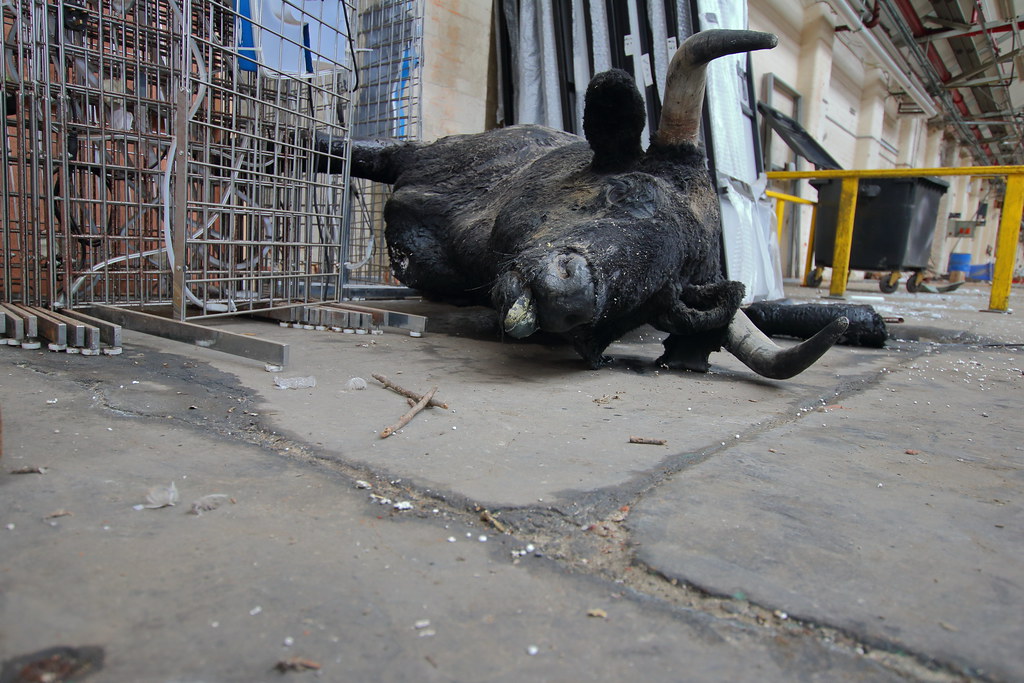 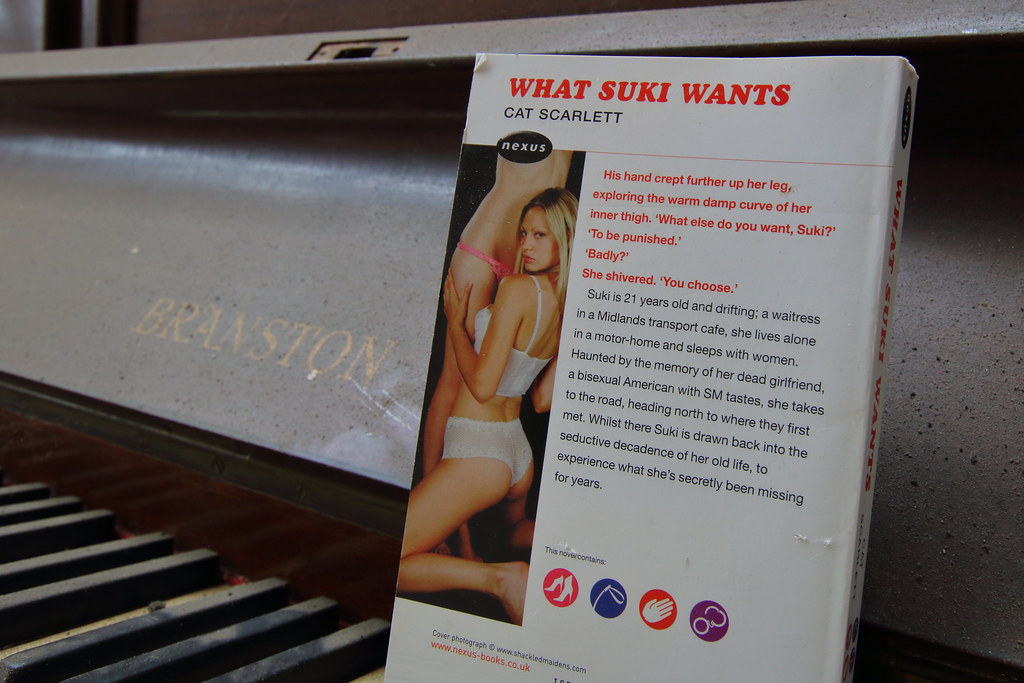 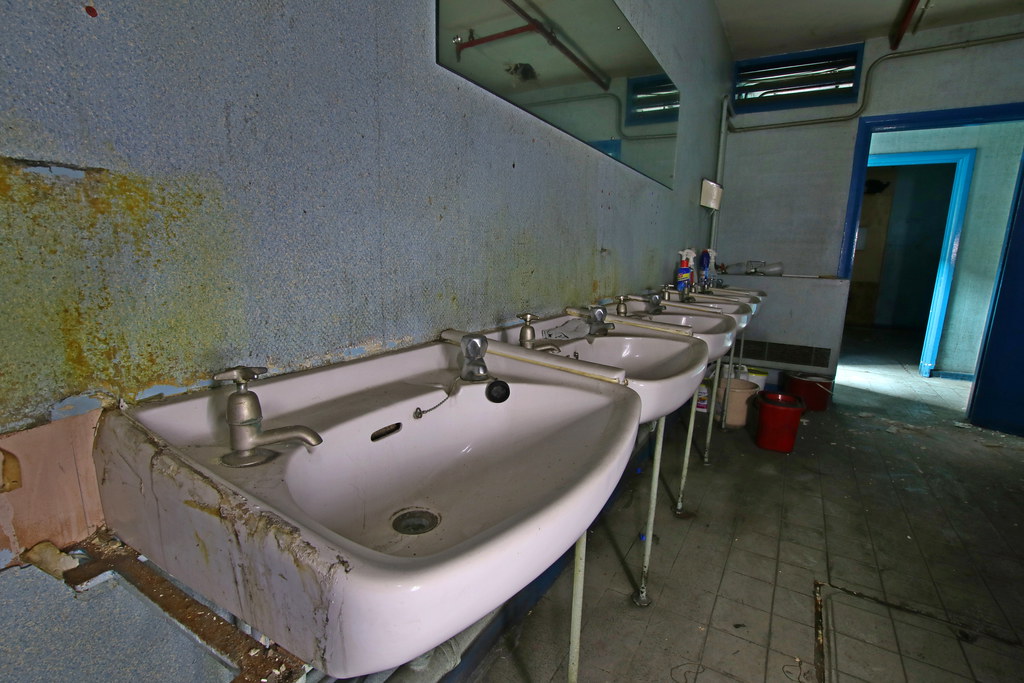 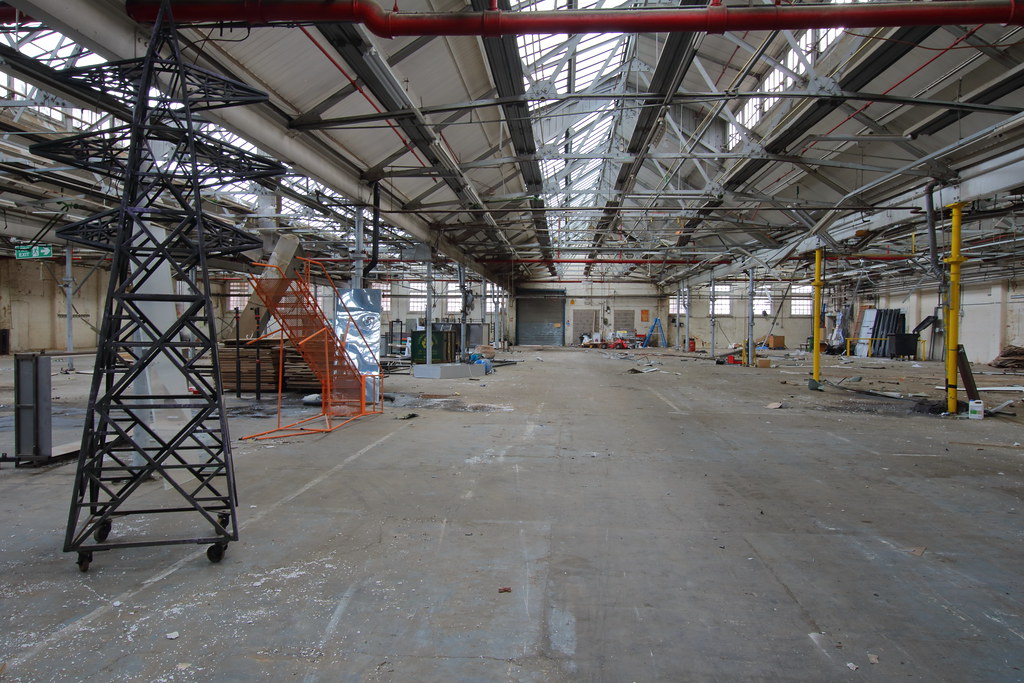 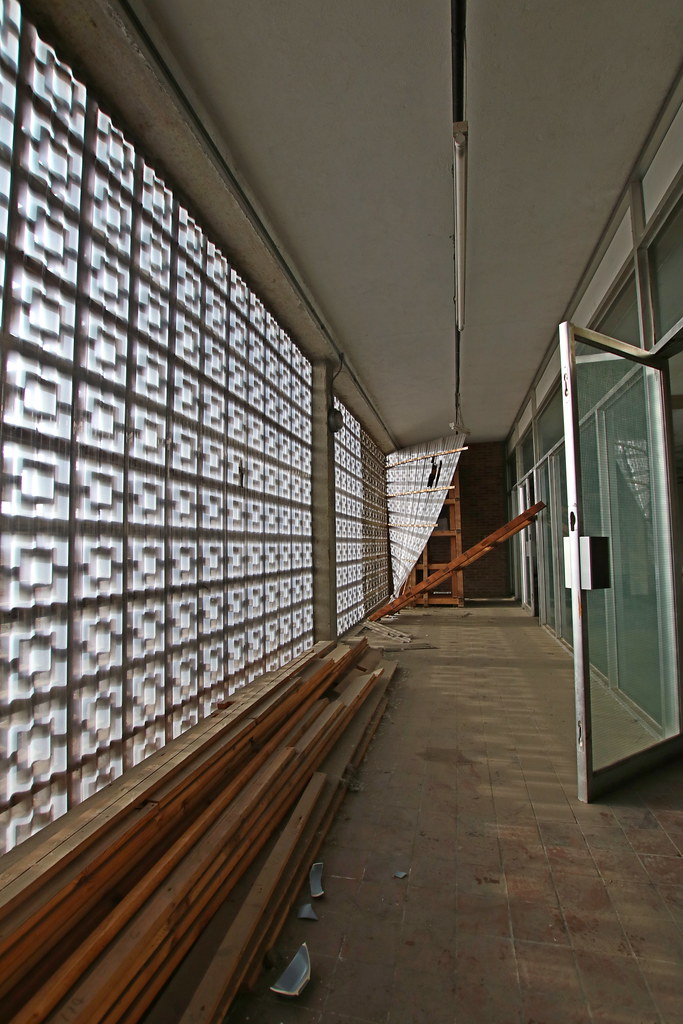 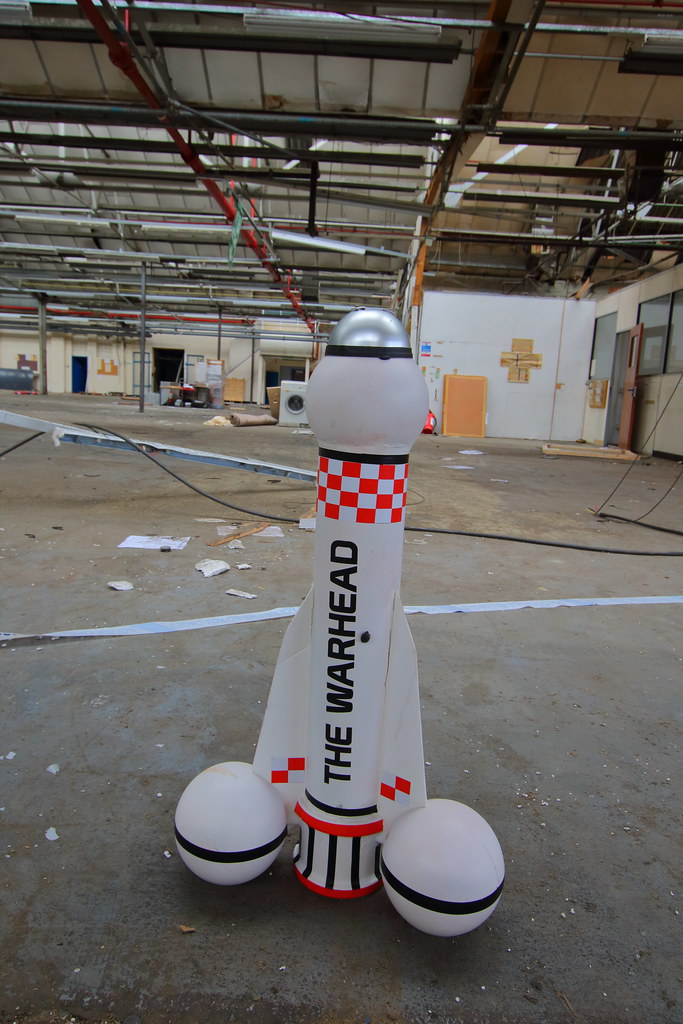 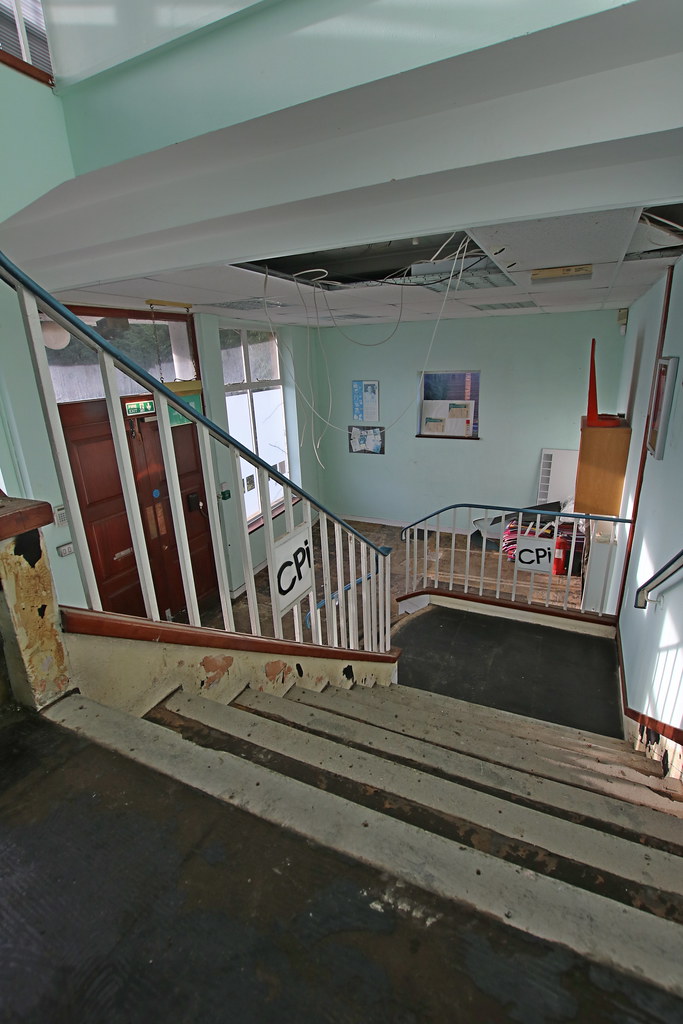 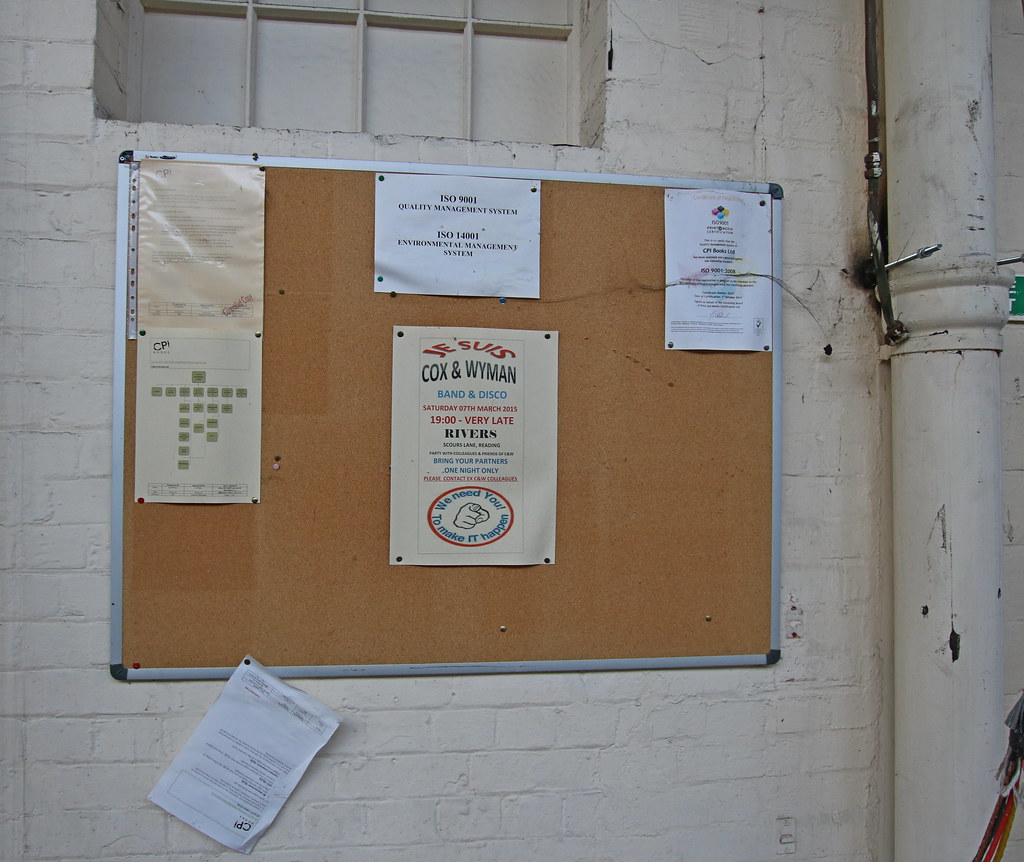 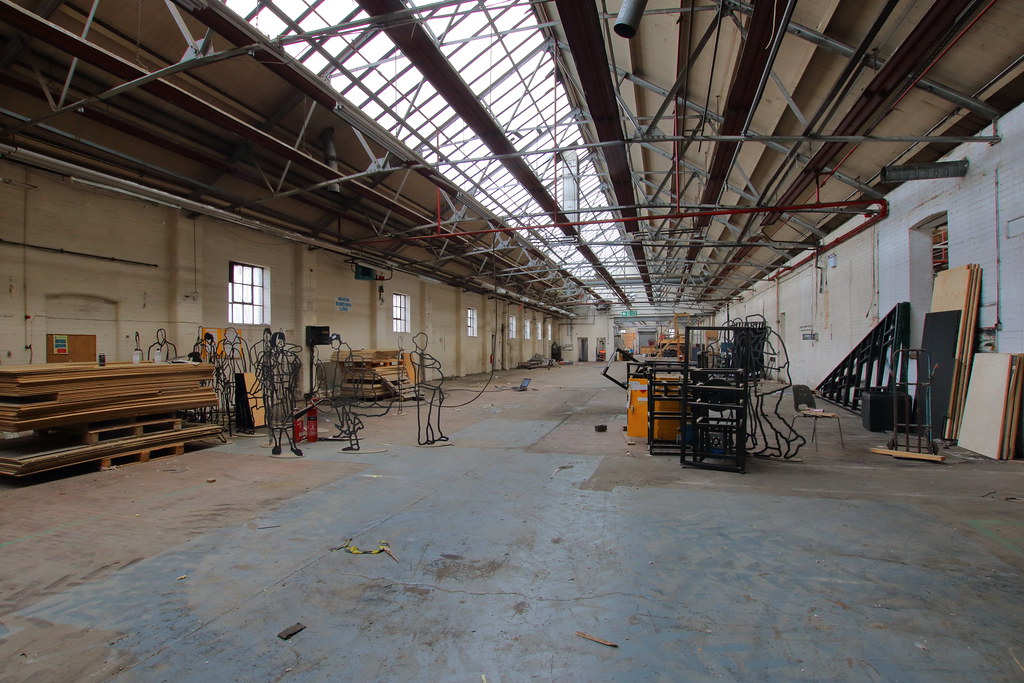 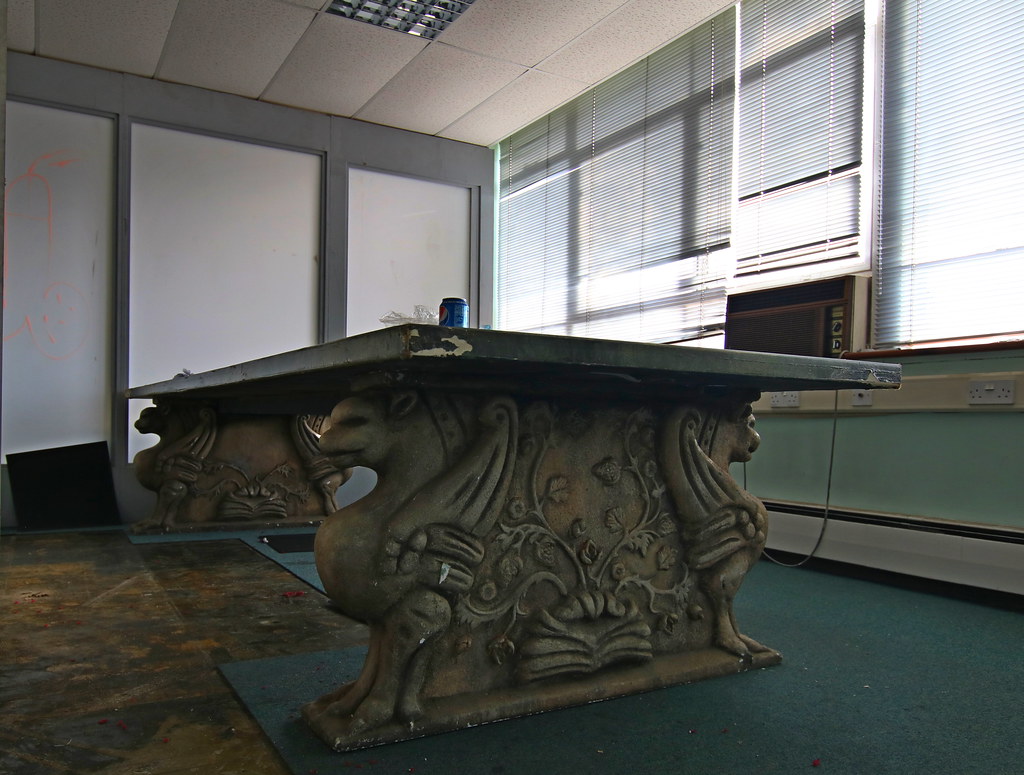 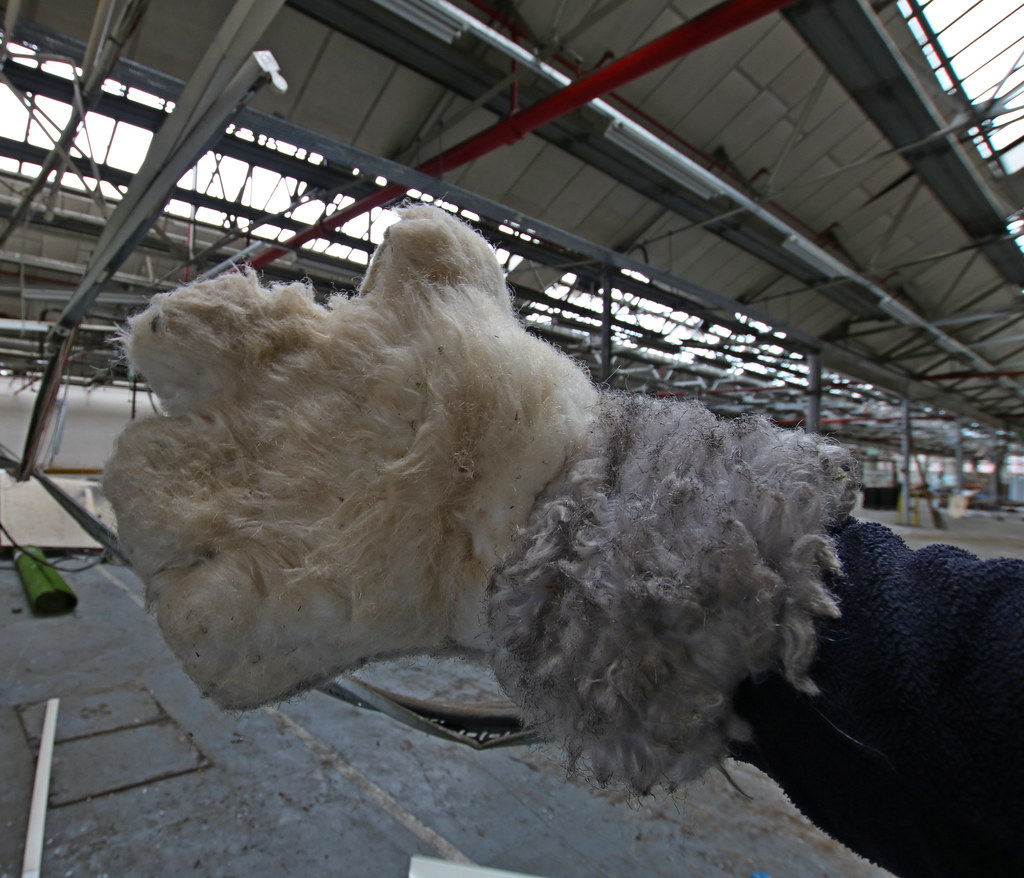 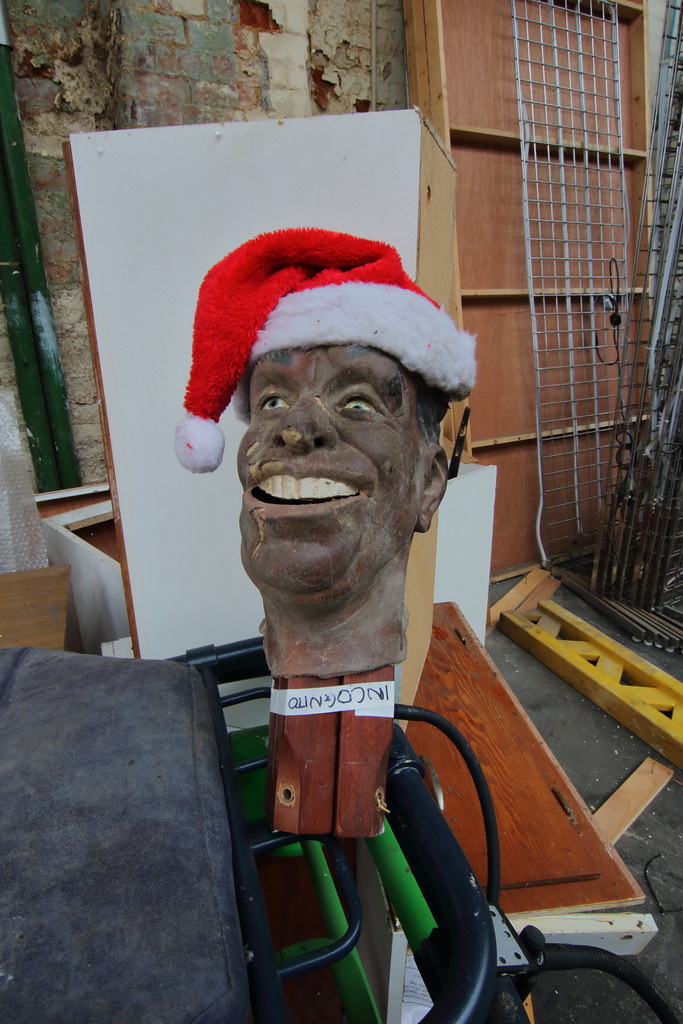 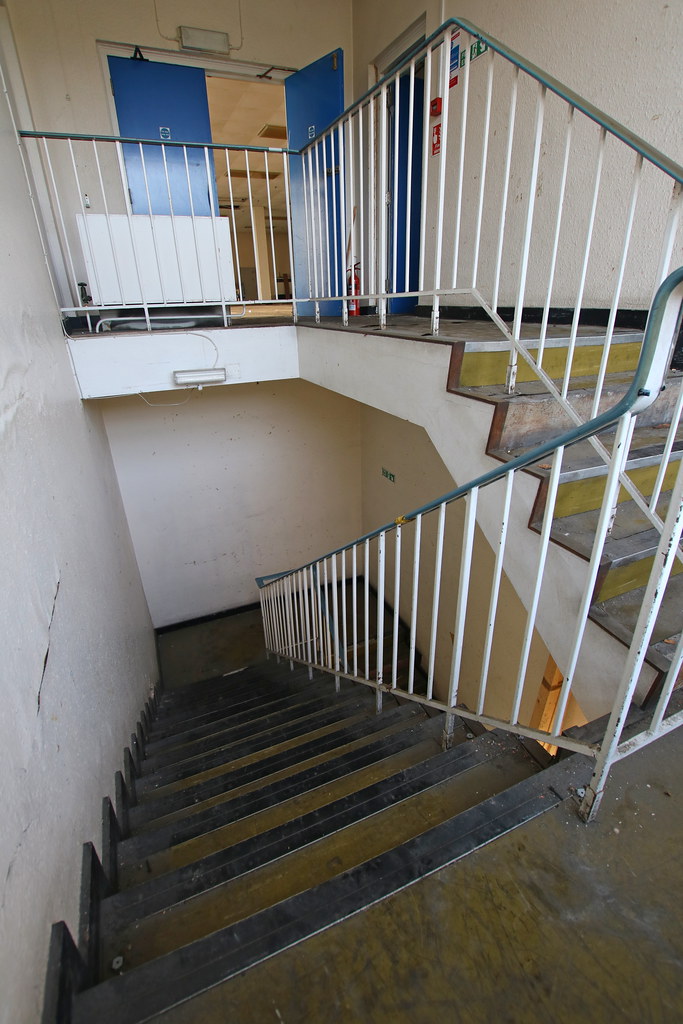 Another thing to add was; in the offices upstairs was a four poster bed which was clearly originally a prop. Next to it was a bedside table with beer cans on, cigarette ashes and what not plus a photo frame with a family in it. It could have been set up of course; but it looked very much like the squat of someone away from their family who’d been sealed out of the building and lost their photo/frame as it was inside. Which added an air of sadness to the end of the explore. It could have of course also been a prop.

Nice set of photos. I'm liking the silhouettes of people.

What a fascinating building. Different to what I'm used to seeing - the frontage looks almost like a school?
It's one of those places where I'll bet very little got done because staff would mess with props. I laughed when I saw the hairy hand - that's because you were thinking of Suki..
The pylon prop. OMG I want it for my living room.

Yeah I like the look of this place too, nicely done Landie Man
You must log in or register to reply here.